421JAM said:
I think the example I mentioned is very aggressive.

I guess the reason I don’t enjoy that aspect of his work is because I knew how terrible humans can be long before I ever heard of Zappa. If I were learning something from him, it might be entertaining or fulfilling in some way. I am generally entertained and fulfilled when he speaks without humor about serious topics, such as when he appeared on Crossfire and other tv shows to discuss various issues. But that’s because he had a knack for explaining things in ways you’d never hear from politicians or tv talking heads.

I’m not saying his lyrics are never funny. Certainly some of them are.
Click to expand...

I didn’t say it’s just telling you things you didn’t know, it’s more like things you don’t want to think about.

But why do people shy away from the things he brings up? There could be many reasons, and I don’t think anyone takes any damage to think about that, what it means to them and why.

His thing is to be provocative, both musically and lyrically, and that offends some people; others find it amusing. That’s it!
Last edited: Nov 11, 2021

Anything I like by him is mainly due to the social satire of his lyrics. Juvenile, yet intelligent, but in limited doses.

I know that his compositional chops are way beyond most, and he was able to assemble great musicians to play them. I'm not really into all that, but it's just my opinion. Many are.

The one other thing I never understood was that he always ran down other players for overplaying - "swarms of gnat notes" yet every solo I've ever heard from him was just that, without much feel or melodicism.

loudboy said:
The one other thing I never understood was that he always ran down other players for overplaying - "swarms of gnat notes" yet every solo I've ever heard from him was just that, without much feel or melodicism.
Click to expand...

Try this one on for size.

he's a veritable god - i've seen him twice at the Tower Theater in Philly - freaking WOW.
Steve Via on GUITAR
FRANK RULES- 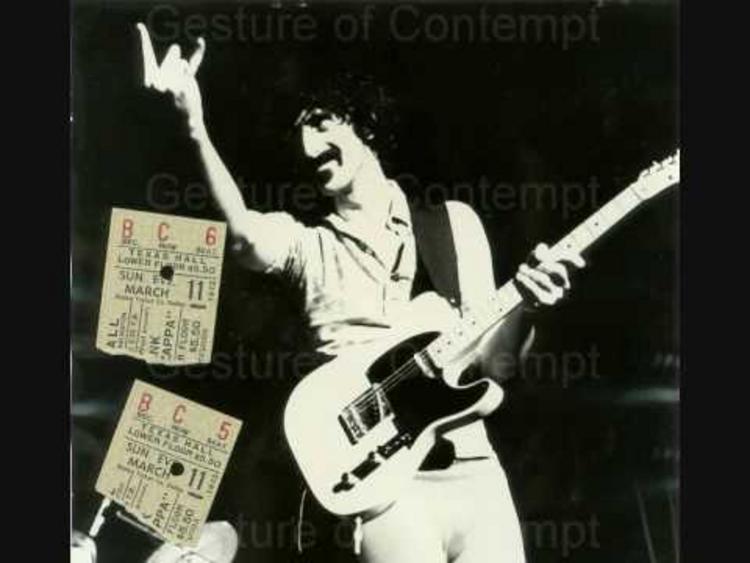 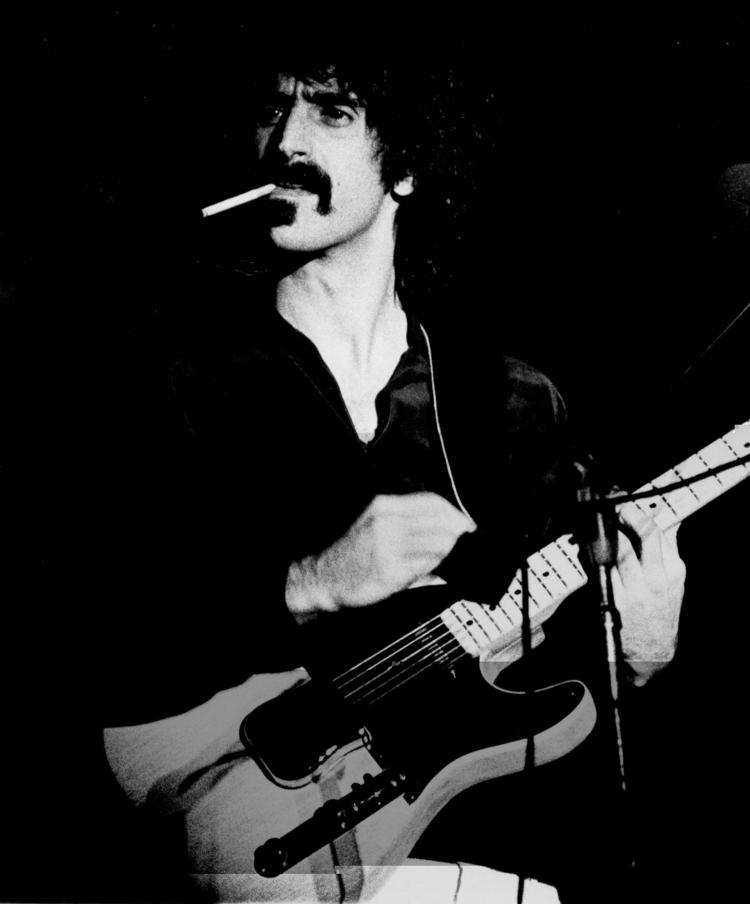 Frank's definitely an acquired taste. Which I happen to love!
You didn't smoke enough weed before you put those albums on.
Go back and try again, but this time with a bong and stash...

At least with KISS music, you can rock and roll all night, and party every day!


charlie chitlin said:
That's a lot of time invested in something you hate.
Click to expand...

Oh please... My son and I plowed thru all 11 albums with fresh ears, hoping it was going to be an enjoyable experience. It just kept getting worse and worse, but we persevered... until we were done. Then the disgust began.

I'm still glad I listened to it all. Now I know what FZ was about.

I don't mind Frank. I've listened to a lot of his stuff over the years. he has a very unique and identifiable sound. Dweezil still does it sometimes. Basically a lot of high pitched voices and lots of marimba. Lots of marimba. But I never think that Frank was without peers just because of the stuff he wrote/composed. He had many musical peers during every year he was alive and writing music. I still think the best Frank Zappa album is Flexable by Steve Vai lol. What a great album!

Big_Bend said:
Now I know what FZ was about.
Click to expand...

Eh, not really. 11 albums is barely a patch on the man's output. And there were several distinct phases to it. I doubt those 11 albums gave you a comprehensive understanding of what Frank was about.

scrimmer said:
You didn't smoke enough weed before you put those albums on.
Go back and try again, but this time with a bong and stash...
Click to expand...

That's an interesting way to recommend listening to a guy who was vehemently anti-drugs (other than coffee and cigarettes).
Last edited: Nov 12, 2021

Jim622 said:
You have to in the right mind frame. 11 albums in a row is not advisable.
Click to expand...

Big_Bend said:
I have now had the pleasure of listening to 11 Frank Zappa albums in their entirety, for the first time in my life. This includes his solo stuff, as well as 3 Mothers of Invention albums.

Wow, this has got to be, IMO, the biggest bunch of crap and musical garbage I've ever listened too, ever!

Just horrific most of it... just wretched. I can respect, maybe, the talent and skills that went into making this, um, music. But the final output? Never again!

I've previously watched the Steve Vai interview where he talked about auditioning for Zappa.. why would Steve want to join that band?

I love Zappa, but listening to 11 albums in a row? nope. I couldn't even listen to that much of my favorite bands. And I'll say the same thing my wife has told me on occasion, "You're taste obviously, is all in your mouth."

Ron R said:
Eh, not really. 11 albums is barely a patch on the man's output. And there were several distinct phases to it. I doubt those 11 albums gave you a comprehensive understanding of what Frank was about.
Click to expand...

If someone had told me they listened to 11 Zorn albums in a row and said he was crap, I'd say, first, you're nuts for attempting something so ridiculous, and second, "which series? Painkiller, Naked City, Cobra, Filmworks, Masada?" There's just too much. Artists like these don't spoon feed the listener or conform to a genre. They are there to challenge the listener and maybe cause some discomfort (sometimes). You need to pay attention with an open mind. Like Zorn, Zappa (just realized maybe something about last names with Z) destroyed the rule book.

Big_Bend said:
LOL I am a lifelong fan of the band KISS.. go for it!

Well now..... this goes a long way towards explaining this thread!

FZ never did drugs - and ya don't need um to appreciate the music - the attitude, the guitar player, the joke he make of "modern" music with his
albums.
classic - he is so missed

Big_Bend said:
LOL I am a lifelong fan of the band KISS.. go for it!
Click to expand...

I was in high school when Kiss was first coming on the scene (late 70s). Now I probably would have been more into them had I known in advance that the cute blonde who sat next to me in chemistry liked them. I was talking to her about my high brow musical tastes at the time and she said "I saw Kiss on TV AND THEIR SPEAKERS BLEW UP!!!!" No really, I liked her a lot.

I think Kiss did a pretty good job of delivering the goods to their fans, I mean come on, they were still at it last year I think. I'm not too into hard/classic rock in general. I also listened to as much of Paul Stanley's auto bio that is on YouTube. I actually have listened to them more in the past few years than I had for the entire time up to then. What can I say? Do I wish I'd written any of their songs? Heck yeah! Did they move music forward in any significant way? I don't really think so, but as far as entertainment, OK.

"I knew you'd be surprised."

jonnyblooz said:
"I knew you'd be surprised."
Click to expand...