Why has Gibson successfully done this but not Fender ?

I bought a faded Gibson LP Special Bass in 2006. The finish and workmanship was so atrocious that I sent it back.

In 2014 I bought a faded SG Special Bass. Finish was acceptable but after a few months, the body started to separate and warp at the center glue line. Gibson replaced the whole under warranty with a 2015 Standard model with a gloss finish.

Various faded models I've seen in stores have been so poorly sanded that I would never consider buying them.

I had a Les Paul SL(?) from just before the faded series. I’m pretty sure it was the predecessor with gloss nitro. Man it was slab heaven! Note that Gibson was finishing unfilled grain with a non-gloss finish; Fender was sealing the grain, applying color coats, clear coats and buffing to a high gloss. Fender was NOT applying a Gibson kind of finish in 1958, but in some cases the wood expanded and shrunk over the years opening the graiun to SOME degree - but not anything like the OP's example.

Fender could do it now. The marketing department doesn't WANT to.

Mike Eskimo said:
In this very recent video from Norm’s Rare Guitars shows Lemmo playing a 1958 Stratocaster and in the light, in the close-ups while Lemmo is playing (and Norm is hysterically switching between pick ups) you can see how thin that finish is. They could do it in 1958 - why the hell not now ?!

Is it just me, or does Norm look unwell?

He looks really drawn and quite thin and sick.

Does anybody know what is going on with him, health-wise?

Sparky2 said:
Is it just me, or does Norm look unwell?

He looks really drawn and quite thin and sick.

Does anybody know what is going on with him, health-wise?

I found my answer. 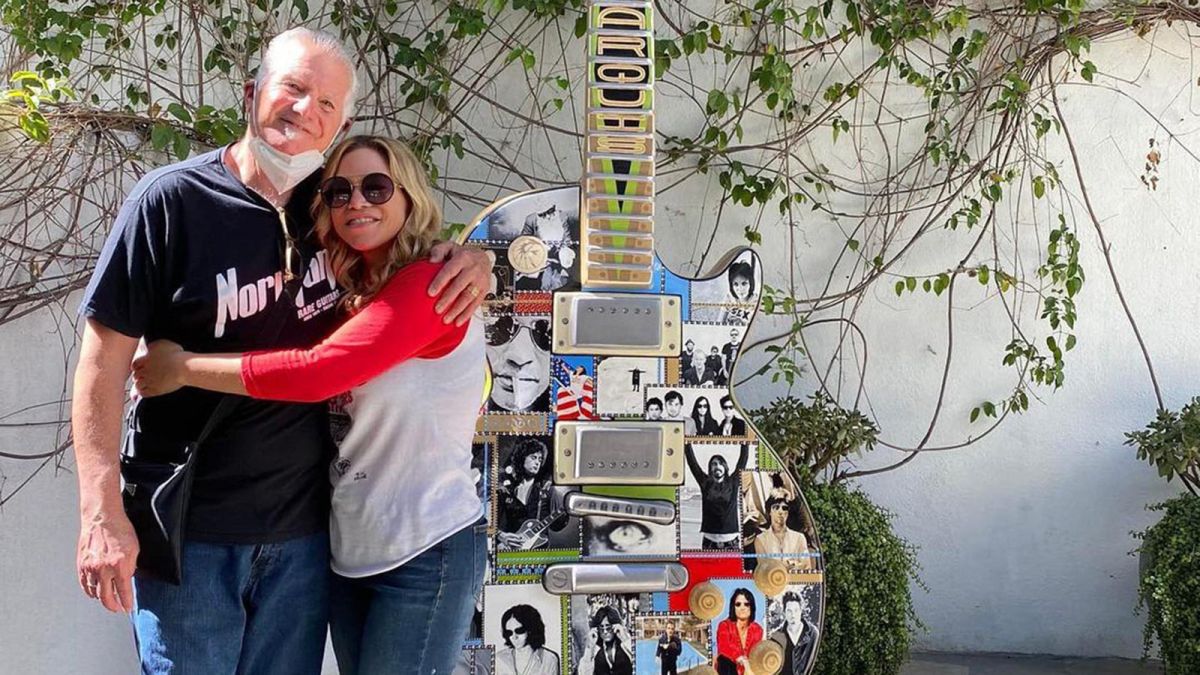 Donnie55 said:
nitro on headstocks until 74
Click to expand...

Just an aside, but I think they used it on headstocks until late 70's?

Alder isn't very porous, I don't think it would look as good.

yeah, but has Gibson done this? Gibson still makes the Tribute line which is the old faded series, except now they match the tuners, and electronics to the standards, with the cheaper but still American made pickups. I have an SG that I picked up used, its a great guitar.
H

The Faded series was replaced by the SGJ in 2013, which had a 1PC maple 24 fret neck and some blacked out pickup covers, but the same thin nitro non-filled finish. Really nice! I think I paid $450 or such new from GC for a US Gibson. Don't miss it necessarily, but I think it was probably a pickup swap away from being great.

Seems like George’s rosewood tele was a pretty flat finish. Though I wonder how much he actually played it.

Mike Eskimo said:
Even those are way thicker.

And if it’s that flash coat lacquer/stuff, I’d rather have a poly finish from the mid 70s. I had that thin skin relic ready on my GE Smith . just having that guitar for a couple years I realized that it wouldn’t take much to tap on that thing and peel it like a boiled egg.

And… They did make a Les Paul standard with some very nice looking flame and finishes in variations and Cherry no cherry lemon burst etc. and they did make one of those with a much thicker 50s profile neck.

Only thing that saves those things from skyrocketing is, I believe, That most or all are chambered ?

those Les Paul forum guys don’t even pick up the guitar unless it’s over 9 pounds
Click to expand...

A major difference between those Gibsons and Fenders that no one has mentioned is that those SGs are mahogany. It’s probably too obvious but certainly relevant to finish appearance. Personally, I like the look of unfilled mahogany and I think Gibson had a tradition of that finish, like the 60s Melody Makers. I think they look great!

Someone did mention alder might not look good unfilled. I do like natural finish ash teles, too, but in gloss.

I also like the semi-transparent finishes the OP mentions and my only tele is a transparent white nitro. But I’d sure like to get my hands on a “plasticky” daphne blue. I don’t discriminate!

The internet seems to think fender used pure nitro grain filler, well they never did, this is what an ash guitar looks like with nothing but nitro.
no pre cbs looks like this, even now.
fast forward this 60 years or more of shrinkage. It will be even worse.

the cost and time to do pure nitro grain fill, with low solids, get it level and gloss, would not be something Leo would never overlook. And he did not.

the whole thin skin and flash cote, is a modern idea…not a pre cbs idea….

I agree. I made a Les Paul Jr. and stained the mahogany that colour- everyone likes it - I guess they can appreciate the wood. Also made an Ash Telecaster with a clear coat French polished- same reactions.

I nearly bought a limited edition telecaster a few years back, from memory it was a ~201* model.

It has an anodized pickguard and an open pore rough nitro finish. I can’t for the life of me remember the name

Sadly it was sold before I got the seller.

The finish was amazing, kind of like a Gibson open pore nitro, never seen it since.

KeithDavies 100 said:
I have a Gibson 333, which was a 335 with a similarly "thin" finish, and slightly stripped back style. They only sold them for a while - anecdotally because they were cheaper than a full 335 but otherwise identical, and Gibson felt it hurt the sales of 335s.

I love mine. It somehow feels more like a "working" instrument, and not a valuable thing that I need to handle with kid gloves (though that probably says more about me than about anything else!)

This one isn't mine, but looks just like it:

tasty.
You must log in or register to reply here.

Maybe in the top 5 of the hundreds of bizarre guitars I've..."restored"(Inspired by 1955 Les Paul Custom" with creative "weight relief" content...)
2