Why build a micro amp and not something a bit more capable?

joulupukki said:
Haha. The 18w works find plugged in to an attenuator (Captor X) but that's a different amp entirely. Still just trying to learn and understand all this stuff. Thank you for humoring me. I still can't decide which amp I like "better" (18w vs. this micro) ... like if I could only have one, which one would I keep? 8 times out of 10 I plug in and play the micro though, but probably because it's me goofing around inside my small home office.
Click to expand...

Good that you can have both. I have long suffered from such "this and that" vs "this or that" mental gyrations.

I'll be building said attenuator soon, and completing my first micro. The micro also has a FX loop/ pre out, power in, so I can plug the pre into a larger power amp then attenuate to find out...

...err... eventually. (I admire your building efficiency and timeliness)

mountainhick said:
I'll be building said attenuator soon, and completing my first micro. The micro also has a FX loop/ pre out, power in, so I can plug the pre into a larger power amp then attenuate to find out...
Click to expand...

Duh, I didn't think to even try this (as an experiment). And here I thought I'd never have a need for the FX loop. I just plugged a cable from the micro's SEND to a 100w SS amp's power in. Ok, yeah, that combination is über loud and I can get some super loud preamp distortion going. Cool. Not sure if I would tote this 100w SS around plus the micro for a gig, but still fun to experiment with.

Hehe, thanks. I question sometimes whether I went too fast, but man, way too thrilling to not hear how these things would sound. I'm definitely curious to hear how it all turns out for you.

joulupukki said:
Yes, the Hammond 125B is the OT I'm using. Yes, measuring at idle. I guess I need to throw out most of what I thought about output tube dissipation and how it relates to music power through an OT. I guess how does that even work and how would I calculate what actual power is on the secondary? Still learning, obviously.

Right. Running at about 73% dissipation right now.
Click to expand...

Music Power is like a box of chocolates...you'll never know what you get. Not really, but only testing with a signal generator and measuring the AC voltage across the speaker will get you a ballpark answer, and then it will be different for every frequency. Potential output power is listed for power tubes, but not many triodes. You're likely getting around 1 watt.

In the quest for getting a more definitive answer do you really want to hear how loud your amp can play a 1 kHz signal? I don't. Max your plate dissipation and then if you're not happy with how loud it is, build another amp . Of course, you may also consider if you're driving the tubes as hard as you can, which is a critical part of the loudness equation.

joulupukki said:
After building a flavor of @robrob 's Bassman Micro (here's my build thread: https://www.tdpri.com/threads/journey-of-my-bassman-micro-build.1100749/) I'm realizing how much I really like the features, versatility, and sound of this amp. At the same time, I'm wondering why didn't I just build this as a higher-wattage amp with a built-in attenuator (or maybe just a Type II MV control) so that it could be *the* amp I could use for gigging and at home practicing? Nothing crazy loud, but something between 15 - 25 watts.

The amp uses higher voltages on the pre-amp tubes like bigger amps. I'm simplifying, but would it just be a matter of increasing the power & output transformers (I guess probably the choke too ... and maybe the filter capacitors)?

I can't remember which one of the good amp techs on YouTube it was (watched his video a while ago) but he was basically trying to tell people not to spend $ on a micro amp and just play the amp you gig with at lower volume levels. At the time I questioned that, but now am coming around to that idea. Granted, a number of the micro amps available on the retail scene truly don't sound that great in comparison to Rob's great schematics.

Here's my herd of self-built hand-wired amps so far (Bassman/JTM45 Micro on the top of the stack):

I somewhat agree, though I should preface that I have not yet played through any micro amps by RobRob, so I may not know what I'm missing. But I get such good sounds out of my amps, even my 50 watt plexi, by extensively using attenuators, so I know that attenuators can be a great solution.

For the micro amps, don't they significantly change up the power section? For an amp like a plexi or a bassman where you get the bulk of the sound from the power tubes distortion, I'd think that subbing those out for a tiny tubes, which are not running in pentode mode, would drastically change the characteristic sound of the amplifier.

As @mountainhick wisely points out, this is a classic false dichotomy. Do we picture the one-amp police arriving in black helicopters to enforce a choice?

More broadly, I’ve been reading about how we humans like to dichotomize, to narrow the field to just two choices, and how that's *almost always a bad plan.* Forcing a choice? Bad. Just two choices? Bad. Better: Build, love, learn, be. Thus endeth the lesson…

King Fan said:
As @mountainhick wisely points out, this is a classic false dichotomy. Do we picture the one-amp police arriving in black helicopters to enforce a choice?
Click to expand...

I haven’t been able to sleep for days. I swear they are going to arrive any second!

One main thing about amp building and designing is how you determine what power tubes to use, combined with the OT, and the actual power the amp can deliver. In my simplistic mind I thought you’d basically sum the power dissipation and that would translate over to the output side of the OT to deliver those watts. Sounds like I’m wrong on that.

I was reviewing my old thread about OT impedance and how that matches up with output tubes as well (when I was asking about the 22500K impedance load for the micro) and I’m still thoroughly confused. Whatever. I’m gonna try to focus more at getting better at playing guitar with the occasional baby steps in learning how all this is supposed to work. And yes, the reason I still wanna figure all this out is that I’m (in the back of my brain cycles) planning to build another amp using this Antek Toroid PT. Antek’s 10W toroid OT (8K primary impedance load) seems like it could work well it 6V6 or EL84 tubes. But probably a discussion for another thread … though I suspect one has probably already been had on the topic.

For what it’s worth, I added on a couple different variations of resistors in parallel with the cathode resistor to bring the plate dissipation up into the 90% range just to see how it’d affect things. No noticeable difference in volume, but a little bit earlier breakup on the volume knobs.
2

Inputting data to the Universal Loadline Calculator get very close the power estimates the actual amp produce clean power. ULC does not take account the OT efficiency where some amps power get distorted driving lowest 82Hz frequency a guitar produce. For example Tweed Champ and Deluxe OT are so small that their cores saturate when transforming low frequency/high power.

In practice guitar loudspeaker resonance peak is somewhere 70Hz...120Hz and when its impedance is higher there comes less power and less current to saturate OT core.

Power estimate can also be calculated using possible OT primary voltage/current sweep on loadline and then OT winding ratio and loudspeaker load. There the "square of 2" (1,41) is used to calculate "clean RMS power" but first plain 2 to change alternating sweep to same polarity power. There are few internet pages which explain this.

Simple explanation how doubling tubes from one tube SE to two tube PP to about quadrubles the power is when PP almost doubles the OT primary voltage and current sweeps which are power variables and 2 x 2 = 4. PP is more efficient way to use tubes.
Last edited: Aug 20, 2022

mountainhick said:
Good that you can have both. I have long suffered from such "this and that" vs "this or that" mental gyrations.

I'll be building said attenuator soon, and completing my first micro. The micro also has a FX loop/ pre out, power in, so I can plug the pre into a larger power amp then attenuate to find out...

...err... eventually. (I admire your building efficiency and timeliness)
Click to expand...

What kind of micro are you building?

Jerry garrcia said:
What kind of micro are you building?
Click to expand...

6G6B pre to 6AK6 parallel SE. (I also have a transformer use as inverter to convert to PP if so desired after trying SE.)

"Why build a micro amp and not something a bit more capable?"​

Because they're just so damn cute. 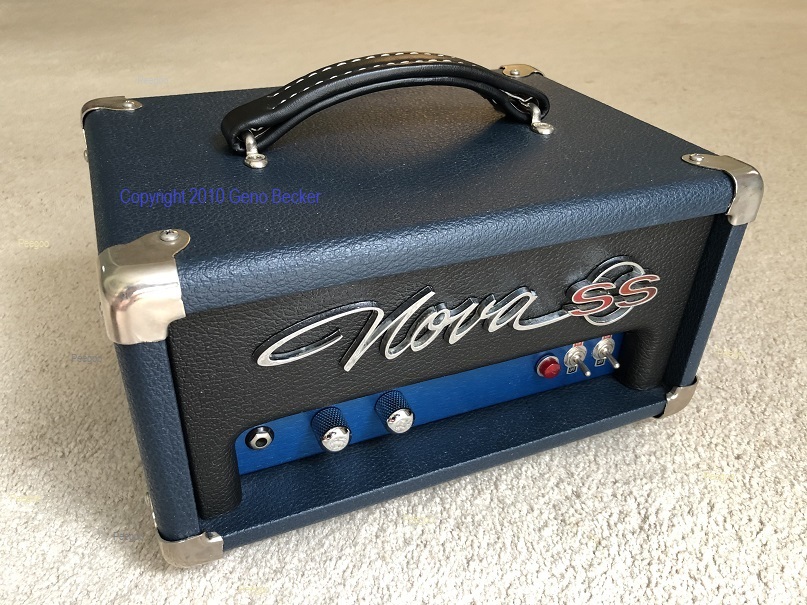