Who does not really care about their sound ?

I play mostly unplugged due to family concern, so when I do get to plug in it always sounds glorious, even if it’s straight into my little Champion 20.

And due to that I get to relive that first time I plugged into my Fender Sidekick.

For me, now I can get a sound I like with just about any amp.

Just that “electricity” of a guitar through an amp - gets me every time!

Boreas said:
I have about 8 pedals hooked up, but not engaged. I play clean with amp-supplied reverb. I would use the pedals more, but it is hard to stomp them from my recliner.
Click to expand...

Alexa turn on my Tube Screamer. OK, now cut the Delay just a smidge and kick on my Compressor. Thanks Alexa.

I have objectively excellent hearing across the spectrum according to my yearly audiometric testing for work, but based on what some people claim I must be deaf.

Specific to amp controls, I do have a hard time saying if 4.5, 5 or 5.5 is better or worse on a given amp settings. There seems to be "pockets" of tonal characteristics throughout the entire wipe of the pot.

Thus the way I have always done it is I start at noon and I dial until I hear too much or too little of the thing I'm adjusting, then I dial it back a skosh from that edge parameter.

I care, but I'm not a complete freak about it. For instance, there are plenty of truly great Les Paul tones besides the Allman Bros "Fillmore" sound, so I don't obsess if it's not that one thing.

If I’m playing just to play it takes me no time. Little bit of drive or a fuzz pedal if I’m feeling feisty, and I’m off to the races. If I’m trying to fit into the context of a song I’ll take a bit more time for basic EQ, reverb and such.

johnny k said:
I am not dissing people who can hear the difference though. I just can't.
Click to expand...

Everyone’s perception of what they hear is different. I have several different dirt pedals on my board. Honestly I don’t hear a big difference in them.
People claim they hear a difference when they change to different saddles.

i care, but i know how it works.

there's not going to be a lot of difference in the way a lot of stuff is made...e.g. any soft clipping OD is basically just the same thing repackaged with different diode arrangements (or "MOSFET!!!" when it's just using a mosfet as a diode) or cap selection. or with amps, any three stage preamp with an early tone stack and an LTP PI is pretty much going to do the same thing. people rehash the same types of tone shapers because they're easy sells.

OTOH, FET clippers, tube distortion pedals, different types of transistor fuzzes (stages, bass filtering, rectification), single tone control or bax amps, amps with cathodyne PI overload, cathode biased amps, etc. - a myriad of things off the beaten path - sound and respond considerably different. often in a way that's not for everyone (consumers complain when it's not what they're used to), so you don't see them as much.
Last edited: Dec 2, 2022

I've chased tone all of my guitar playing life. I have a sound I realy love, it requires two OD's and two delays into two amps. I can get by with one amp, but two is better. There are times I have all pedals off, but my sound is best with my aformentioned setup. I often ride the volume and tweak the tone knob while playing.

When I found my tone/sound it was simply a MIM C-50s tele with a 18w Reinhardt 1x12 combo.
I can tweak my sound with a very few pedals but I can turn it all off and sound just like me. BTW, I can get “my sound” with my SG and old LP Special.

johnny k said:
I don't have a tremolo pedal, but i might want to try one to get that swampy sound. Any donner tremolo pedal ?
Click to expand...

Try a Joyo Tremolo and get your feet wet.
best bang for the buck and sounds lush. imo. 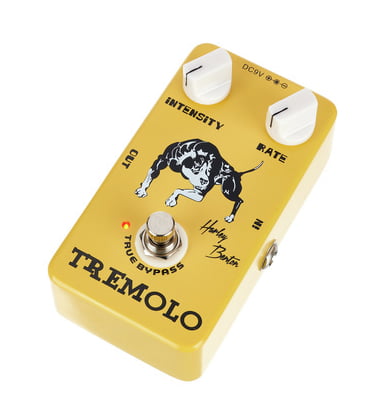 brookdalebill said:
The effects I need are in the amp, and I use them (chorus, delay, tremolo, reverb, phase shifter, octaver, and amp simulator distortion) sparingly
Click to expand...

What amp? Guessing Katana or Mustang?

brookdalebill said:
Pedals are a hassle waiting to happen, IMO.
Click to expand...

this is absolute truth, and this is why I can't hardly bring myself to use anything other than a mult FX for life use - only one power supply connection and one set of I/Os to worry about

johnny k said:
I am always amazed at guitar players who have a bunch of pedals. Not so long ago i was just playing with the crunch channel of my peavey bandit, and switched to a clean sound with delay which actually acts as a distortion. If i turn all the settings down and then up, i might notice a difference. Otherwise it basically sounds the same to me. I do notice it on the gain distortion channel though. I am not dissing people who can hear the difference though. I just can't.

I seriously don't hear the difference, to the point i was thinking those are just dummy settings, you can turn them up or down and it won't change a thing. Or maybe fine tuning a guitar sound is just not my thing.

I do admire people who make tasteful use of their gear though. It certainly adds a lot. I would be good with a tremolo, clean sound, delay and reverb. I don't have a tremolo pedal, but i might want to try one to get that swampy sound. Any donner tremolo pedal ?

Well at least it keeps me away from GAS. I do tend to buy stupid pedals on impulse, just to see what they sound like.
Click to expand...

You can save a lotta dough.
S

I'm not overly critical for live playing. I run light compression, a small stone for the Waylon stuff, slap back for the rockabilly and on occasion a dirt pedal.

If I'm feeling lazy, I plug straight into the AC15 and go for it.

I do basically care. But, like Brookdale, I'm not obsessed by it.

Boreas said:
I have about 8 pedals hooked up, but not engaged. I play clean with amp-supplied reverb. I would use the pedals more, but it is hard to stomp them from my recliner.
Click to expand...

To an extent I do. When I record I need a decent fender tube amp, a decent drive pedal and my guitar set up. I used to care way too much about gear though. I already had a 60's bf super reverb and bf deluxe, and I was pining away for a vintage tweed bassman,an ac30 and echo plex and a lot of other gear I didn't need. I actually do think an echoplex 2 would have been worth it. Nothing sounds like it. but aside from that, if you are playing rock music I don't think it takes much to sound good and what really matters is how you are playing.
Last edited: Dec 2, 2022

Aerosmith for the last 46 years apparently.

Aftermath said:
To an extent I do. When I record I need a decent fender tube amp, a decent drive pedal and my guitar set up. I used to care way too much about gear though. I already had a 60's bf super reverb and bf deluxe, and I was pining away for a vintage tweed bassman,an ac30 and echo plex and a lot of other gear I didn't need. I actually do think an echoplex 2 would have been worth it. Nothing sounds like it. but aside from that, if you are playing rock music I don't think it takes much to sound good and what really matters is how you are playing.
Click to expand...

yeah recording live amps is a different thing, that is why i let the record man turn the knobs. We need a touch more low on that one and turn the knob from 5.5 to 6. I am like oh, ok.
but we all have that story when the sound guy tells you to turn your amp down, and you go turn up the lower knob up, start playing again and he says much better now. Them funny sound guys.

We also all have that friend who is not so good, spend a half hour messing with the controls, and we think the problem is not in your settings... The problem is your playing. We don't tell a thing though, we are gentlemen.
Last edited: Dec 3, 2022

Yeah, I do care. I mean, that's what's its all about. It took me very little time to find out, that pedals can hide, not so good playing. Tho even with hi-end gear, some times I'm not hearing the sounds I prefer. That's just me I guess. Those days I find it best to just put the guitar down.

I play though this and a couple of nice monitors about 90% of the time. I have a small collection of guitars that all sound quite different from each other even plugged straight into my regular amp. I have the POD specifically for the million or so different sounds it contains. I only play at home for myself but I enjoy moving the dials and stomping the buttons to hear different things. 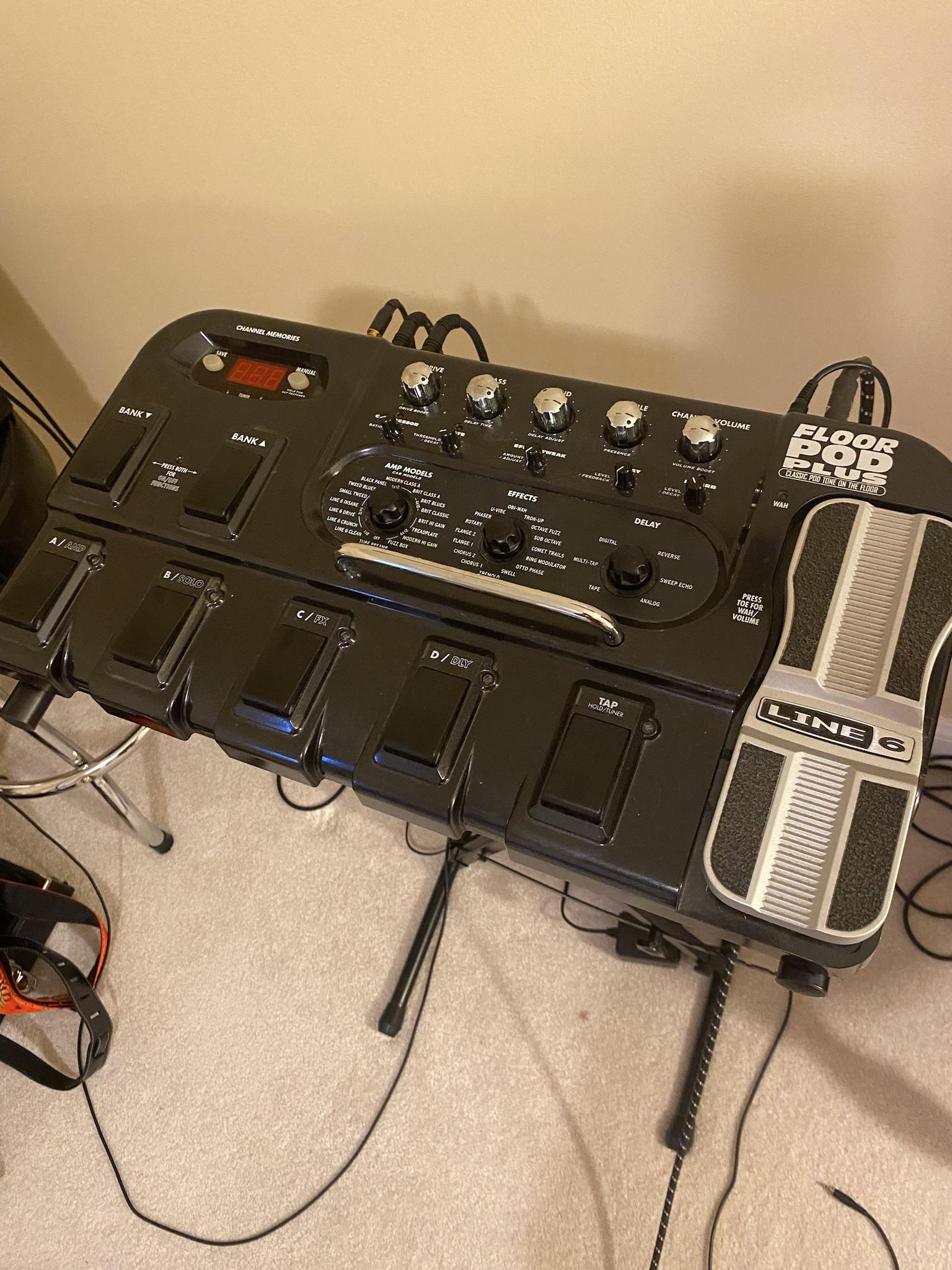 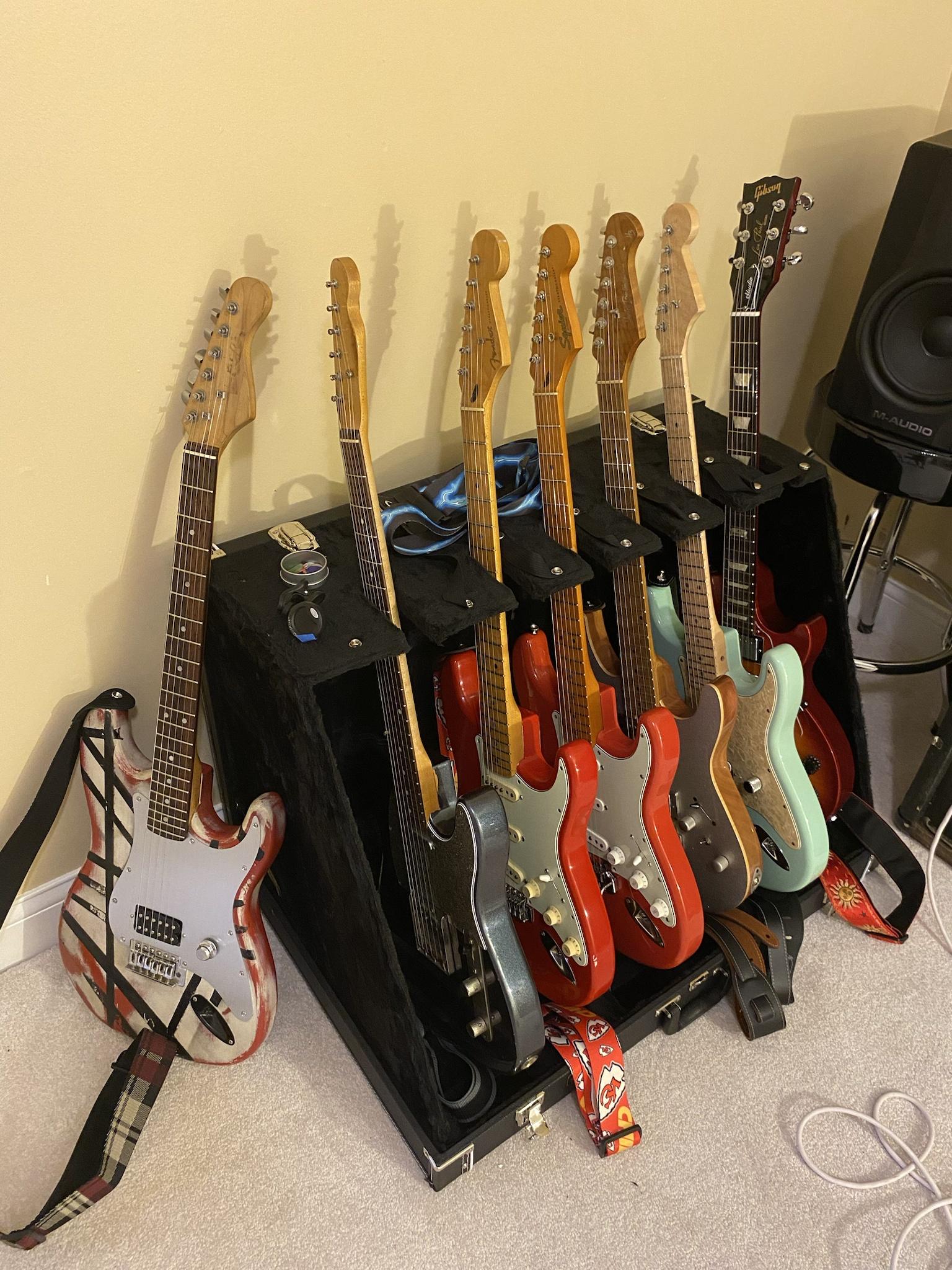 I care about my sound, but some who are withing hearing distance may disagree...
You must log in or register to reply here.

B
Where does "twang" end and "distortion" begin?
2