When TV actors record their last episode of the series they starred in and then rode off without saying goodbye.

With 3000 companies manufacturing TV programs, countless movie makers, Broadway and theater in general etc. it's not so easy to know if someone is inactive or not. The guy that played the dad on the Goldbergs- you know, guy who looked like a hippopotamus- disappeared, but there was some sort of scandal, as with Roseanne (not Cash). Some of the people from Friends and Seinfeld didn't disappear nearly soon enough.

I like to see one time fairly famous actors pop up on shows like NCIS, CSI and such. Like, I was watching an older Criminal Minds. The actor who played the serial killer in one was James Van Der Beek. Another was Keith Carradine. Maury Chakin, Cheryl Ladd. Hey, work is work.

Blazer said:
Okay, let's be honest, fame isn't all what it is laid out to be and people from the outside don't realize that to actually get famous requires 90 percent hard work and 10 percent sheer luck.

But sometimes the pay-off is not worth the effort that was put in. Let's talk about famous TV actors, who after the final episode of the series that made them famous aired, decided to just bugger off without saying goodbye. 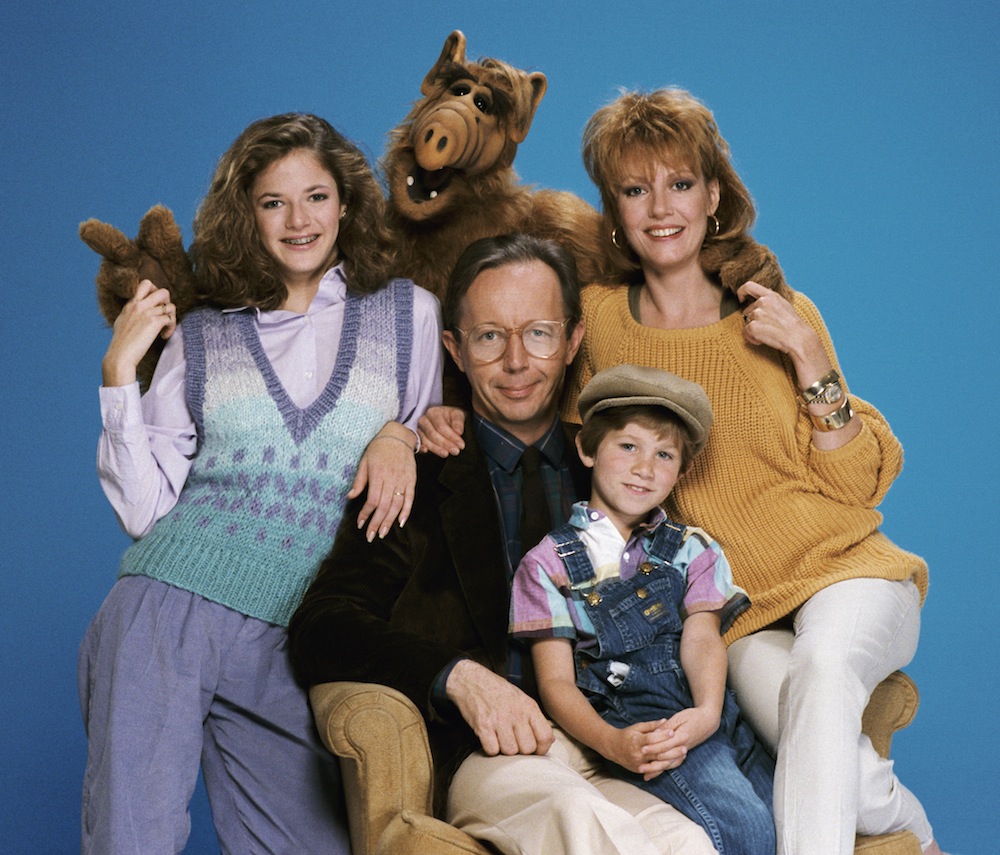 Wright's best known role is patriarch Willy Tanner in the sitcom series "ALF" which is about a normal family living with an alien from out of space. Wright and Paul Frusco who did the voice and the animatronics of the Titular character, were basically cast to be a double act with Frusco being the fool and Wright as the straight man.

So, why would Wright, after filming the final episode he appeared in leave the set without saying goodbye?
- Cut to a behind the scenes photo of the set. In order for the ALF puppet to be operated, the entire set was filled with trapdoors, fourteen in total, from which Frusco and his assistants could operate the Puppet. That meant that the cast would constantly be on edge on where they were supposed to be standing, otherwise a nasty fall into the pit would be the result.

But that's not all, whenever Alf come into shot in full, it was actor Michu Meszaros in an Alf suit, which lacked the speaking ability and moving mouth of the Alf puppet. That meant that scenes of a single episode would take a LONG time to film. 30 hour shoots were a normal occurrence.

The long hours and having to interact with either Frusco or Meszaros during different shoots which would be edited into a single scene, made it VERY hard for Wright to have a genuine comedic click with Alf. So after the final shoot where he was supposed to be there, wright, walked off, got into his car and drove off and for a long time refused to talk about his role in "ALF" 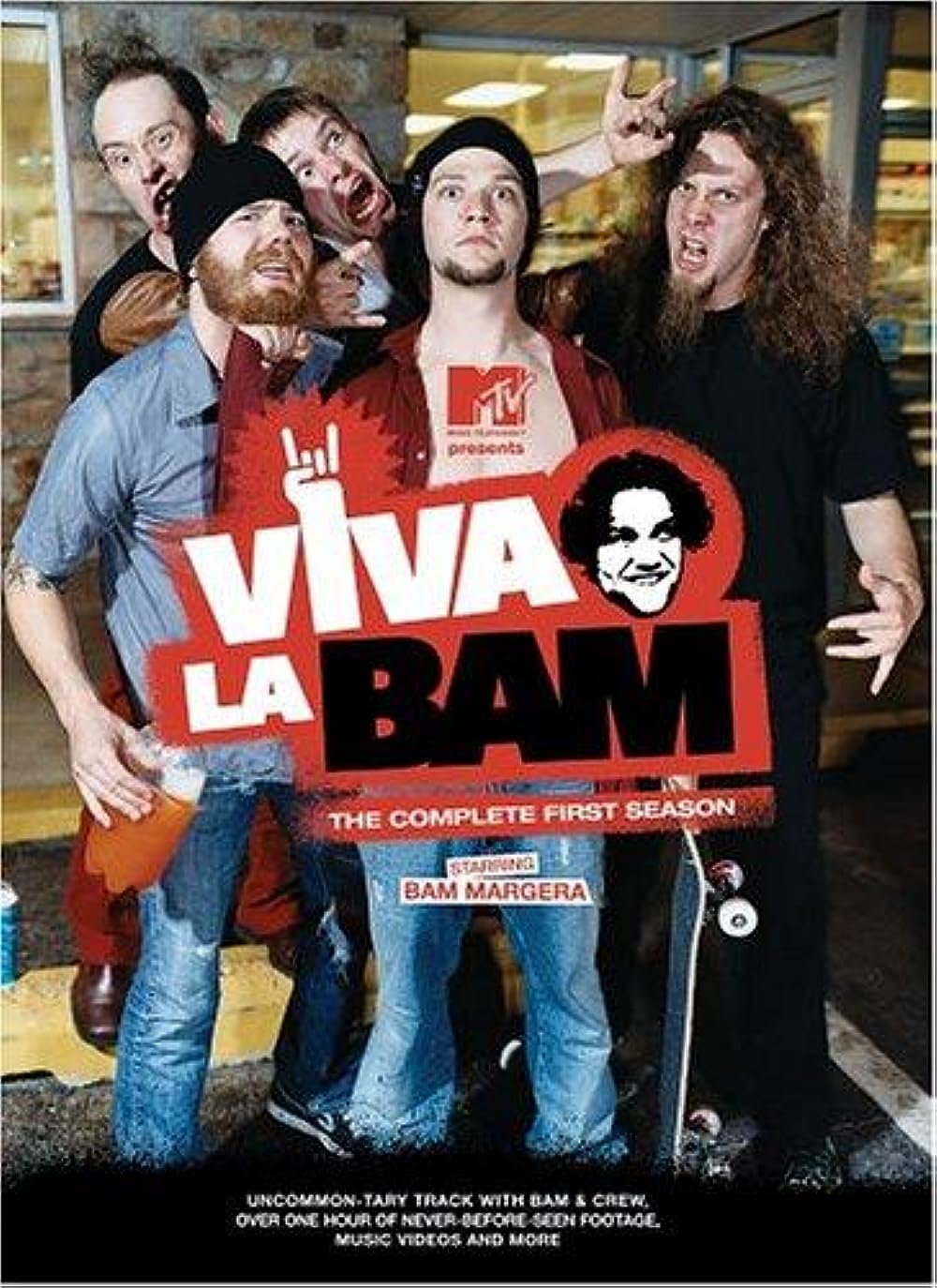 "Viva La Bam" was a spin-off of the very successful series "Jackass" which centered around Bam Margera (In the middle) and his friends of the CKY crew, which in this picture are from left to right: Brandon DiCamillo "Dico", Ryan Dunn, Chris Raab "Raab Himself" and Edward Webb "Rake Yohn"

Different from "Jackass", Viva La Bam, was a reality show, or rather, it was a piss-take off the reality show format. The episodes were planned out in advance and although not scripted, the cast and crew were to do as the story told them to. Of course, anybody familiar with Margera would tell you that it's impossible to keep a lid on those guys. 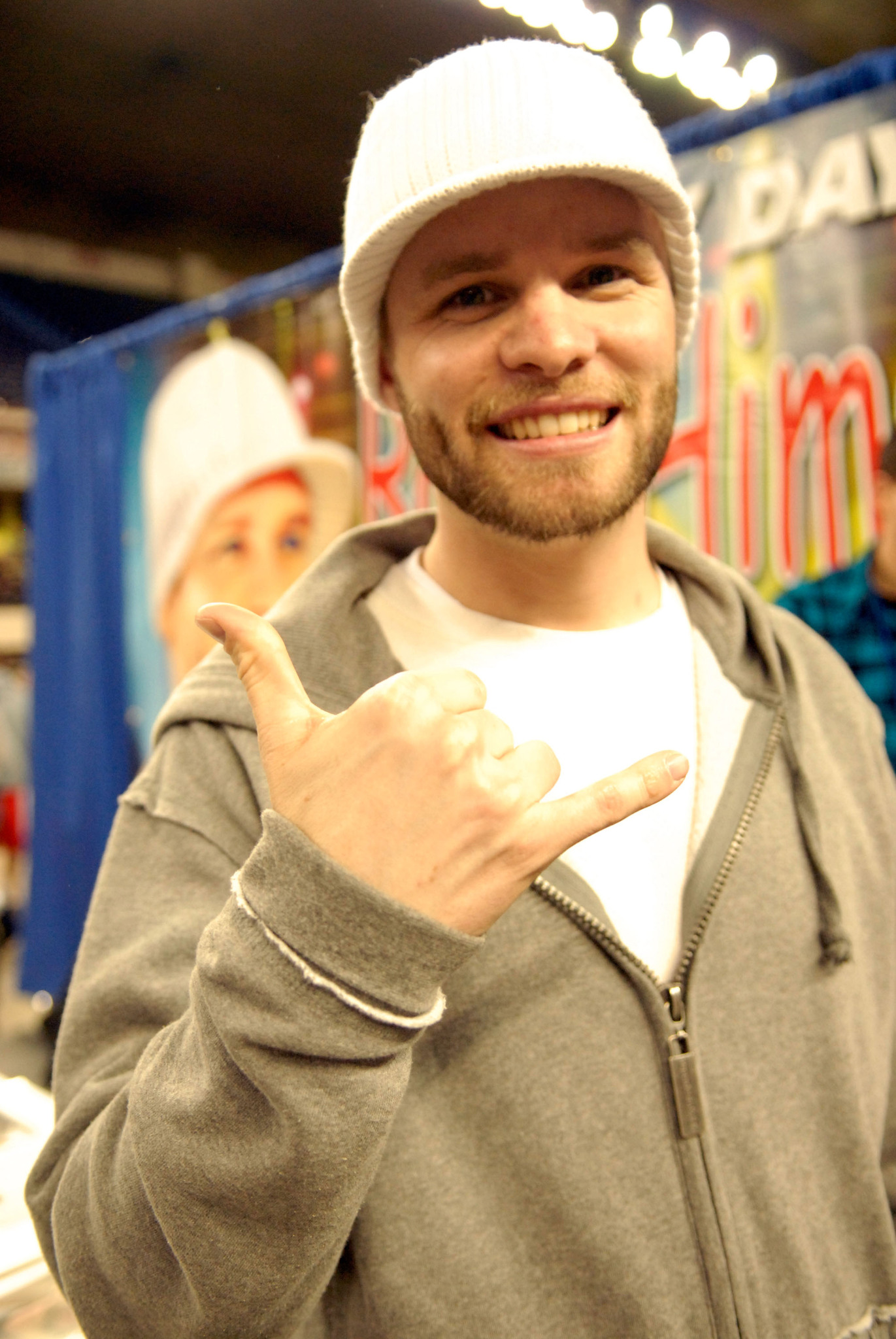 For Raab, being on Viva La Bam meant that it exposed him to the rockstar life and its excesses and in general behaving as badly as he could, and it started to tell on him. He began to feel the exhaustion and the alienation from being who he was on set to who he was in real life.

So after the final episode of "Viva La Bam" was filmed, and he was told that he was no longer needed, Raab, much like Wright went to his car and drove off. And for a very long while vanished from the face of the planet. In order as he put it "Get used to be Chris again, NOT Raab himself." Raab didn't appear in Jackass Number two and Jackass 3D.

But during the filming of the Ryan Dunn tribute special, Raab got in contact with Jackass director Jeff Tremaine who after some pleasant "How have you been?" exchanges, offered him a job as camera man for the Jackass "Bad Grandpa movie." Raab took the offer and went from in front of the camera to behind it.

Raab then made an independent movie called "Borrowed happiness" which is about a bartender and the local drunks he interacts with on a daily basis. And in the most recent Jackass forever, made a cameo during the end credits. Because the current cast brought back a stunt Raab did in the first movie called the "Bungy wedgie" where Knoxville goes "Hey Raab, why aren't you doing this, this is YOUR stunt after all?" at which Raab answers "Because I know better!"

I can’t believe I read and thoroughly enjoyed this entire post. Thanks for posting. A fun read.

redhouse_ca said:
I can’t believe I read and thoroughly enjoyed this entire post. Thanks for posting. A fun read.
Click to expand...


You're welcome, I enjoyed making this thread, I'm a sucker for fly on the wall stuff.

Here's something that many Alf fans don't know about.

In 1987, a Dutch DJ/Producer by the name Ben Liebrand put together a dance song which had dialog from a couple of episodes and wanted to release it as a single. The song "Stuck on earth" became a big hit in Europe.

But Liebrand didn't make a single cent from it. Because all the royalties went to the network and the writers of the show.

its not just TV , I spent over 25 years with the federal gov'mnt , when i gave my notice in Dec 2014, my last day was to be Mar 31 2015, it was indicated as a need to know basis, I just wanted to work my last day and go home. no hoopla etc. As I was the highest seniority supervisor at that time, I knew I had to let the other supervisory staff know, so they could jostle for reassignment, and holidays by seniority bidding, so I told them 1 week before I left. And one of the turds told the 125 staff , I did not get a clean get away as intended.

The staff threw a going away party for me on my last day ,I will never forget, one lady made breakfast for the 125 staff and 7 supervisory, I got 6 bottles of red wine, gift certificates to Costco for 100.00, another to the keg restaurant for 150.00, and movie passes for 3, $300.00 gift certificate to Long & McQuade music store, and a sushi luncheon, where I was presented with my gold watch.
as far as I have known I am the only supervisor to receive this honour.

How ever I would been equally as happy to say good night and go home.

Out of the Bunch The actors and Comedians were the most self centered entitled bunch of Jack..... I have ever met. Always treated my loadmasters like personal servants.

nojazzhere said:
Do you count John Ritter on 8 Simple Rules?
Click to expand...

You mean how he walked off the set & never returned?

blowtorch said:
don't even get me started on shemp
Click to expand...

Leave the Shempster alone! He had his merits. That nervous act of his was no act, he really was a nervous wreck much of the time. Terrified of riding in cars.

Curly Joe DeRita was no substitute for Jerome and Joe Besser (never called "Curly") just plain sucked. He had it written in his contract there could be no physical violence foisted upon him. What kind of Stooge is that?
T