When tube production ends one day...

wangdaning said:
What will happen when most people do not have electricity? Acoustic it is. Honestly, there will always be tubes as long as there are other things.
Click to expand...

That might have been stated somewhat sarcastically, but then again it might not be too far from the truth. Acoustic instruments clearly predated amplified ones, and amplification was surely born out of an interest to overcome the practical limitations of the purely acoustic ones. Distortion must have been an unintended side effect, that has become for some time a desired one. It didn’t take long in playing live acoustically with a microphone, for even my little brain to observe first hand the challenges of playing acoustic guitar live…

Tech or ways to use it, to make amplification that is inexpensive, easy to implement, and realistic sounding and feeling; for acoustic instruments like guitar. Imagine a large audience being able to hear the full beauty of an acoustic guitar, played live - realization of the original goal of amplification, inexpensively and easily.

JIMMY JAZZMAN said:
Perhaps our ears will hear tubes when the ss technology gets better. I'll look at my
empty pockets and start hearing "tubes" in all the ss stuff.
Click to expand...

I am not sure how many buy SS amps expecting them to sound like Tube amps. I for one, couldn't care less.
I didn't buy my Tone Master Deluxe Reverb expecting it to sound like the Tube version. It sounds great on its own.
I honestly think that trying to duplicate the tube sound is one of the things holding DSP amps back.
Forget about toobs and just make a great sounding amp. There are some out there not based on any tube amp, need more. 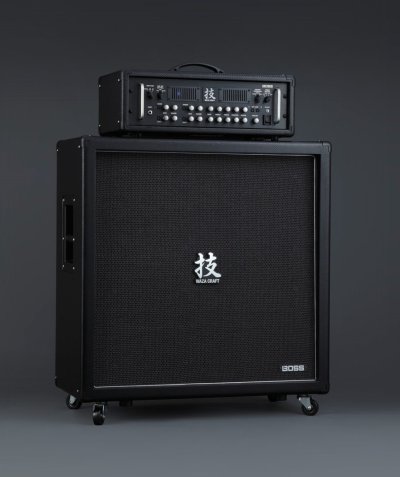 "When tube production ends one day..."​

I'd prefer to not start off my morning with such negativity.

What is ironic about this discussion is that for at least the last 35 years everyone, and I mean absolutely everyone, has been adamant that tubes would never ever again be made in the United States. It's never going to happen! It's a pipe dream! And yet, here we are.

MarshallHeart said:
...will there be "modelling tube" upgrade kits you can stick in the sockets instead?
Click to expand...

Tube production will never end because even if X factory in Y country decide to close leaving us with no tubes, a new factory will open somwhere to grab the chance being the one and only producer and seller. This monopoly is the dream of every company in the world.
K

High voltage and current would have to stepped down to a couple of volts and milliamps. That would be turned into heat. Then it would have to be bumped back up - sounds complicated vs a purpose built DSP modeler. Modelers are the future, I love them but I also love my tube amp. Modelers are evolving at a very fast rate. 10 years from now, I bet they will be the gold standard.
M

Tube production will not end in the long term. Where there is demand, there will be supply. Its called market economics. If a great shortfall were to last a long time, new producers would step up. Why? Markets represent profits for corporations. What's happening now is a short term disruption.

As far as synthetic substitutes go ... well, all I can say is ... baby formula.

I picked up a used Vox mv50 clean, wanted to try one figuring it would at least be good for a backup.
I tried it through various spkrs, decided an old eminence sounded best. I use it for practice, and used it once for a gig. Bass player thought it sounded good, singer said "it doesn't sound like you"

It sounds fine, but I definitely prefer my tube amps. I'm old enough that if tube
production ceased the stuff I have would see me out.

Peegoo said:
The trend in audiophile products is identical to how most people who call themselves guitar players think about equipment: the actual sound itself runs a distant second place to the visual appeal of the equipment.

When the shortage first began I saw a solid state Vox Berkeley II at a local shop with a slip cover and footswitch. I was in love I mean that thing would look cool just sitting in someone's living room. Like a mini Beatles amp. Then I realized I was making a bunch of excuses just so I could buy it. I still drool when I see it.

I did celebrate 1000 posts with a new Tele though

A tele of course. It's a Danocaster with Lollars in it. This is the last guitar I am ever going to buy, until the next one. Onward to 2000!

Oh and tubes will never die because of guitarists.

As long as there is a market for something, someone will make it.

Most people would say that the automobile has made the horse and buggy obsolete. But there are still people making buggy whips. So I suspect, some people will always make tubes long after major production ceases.

Consider this: Cathode Ray Tube (CRT) TVs are dinosaurs. X-ray and Computed Tomography (CT) technology use CRTs for x-ray production and they should be with us for a long time going forward. These are a type of vacuum tube; albeit with a rotating anode. It’s a world wide niche market.

If a world wide vacuum tube market continues to create enough demand to generate a decent profit someone will probably produce new vacuum tubes. We are discussing, in essence, the viability of a business and businesses are market driven.

In response to the question,

I'm sure it's not only possible but probable that someone will make something that plugs into a power tube section of a 6l6 or el43 powered guitar amp that interacts with it in some way that makes the whole thing work and react in a tube like manner. If they get it on the level of current high end digital emulation and get better, and can price it under a grand, there will be some sort of market for it.

I just haven't seen it yet.

My ac30 is in the shop right now and my other amp lives in the rehearsal space so I finally broke down and bought some custom made presets for my helix thing (hx stomp). Holy moly that thing sounds so good now, I’m seriously interested in going ampless. The cost of the presets was $20 compared to whatever new tubes are going to cost me in the ac30…That kind of story repeated across the world a million times is how tubes get obsoleted.

Peegoo said:
The trend in audiophile products is identical to how most people who call themselves guitar players think about equipment: the actual sound itself runs a distant second place to the visual appeal of the equipment.


This is probably true for the majority of people. However, some people listen. Back when the Marshall JCM 900 High Gain Dual Reverb came out in the early 1990s, a band came through with one being used by the guitarist. The fellow who was doing all of my tech work knew the band and the guitarist. The tech had never seen or heard one of these new Marshall’s. He had decades of experience not just as a tech but as a touring sound man. After a set, the guitarist and my friend were talking. The guitarist was ecstatic about the new amp and commented: “It’s the best tube amp I have played. The tech replied that he did not hear a tube amp but rather was hearing a hybrid…some tubes, some solid state. He told the player that he figured that the amp used quite a few TL702 ICs to process sound. When we finally saw a schematic, sure enough…..there are more than a couple of handfuls of TL702s doing almost all of the preamp work.
so…some people do actually listen.

They, whoever they might be, have been trying to duplicate the sound of tubes in guitar amps for over 50 years. It will never happen. Law of physics: tubes operate at relatively high voltages in a vacuum, produce heat and sound the way they do because of the interaction between the anode and cathode in a given circuit and its said voltages. The natural compression and harmonic distortion incurred is what we all hear and love. No solid state device comes close.
You must log in or register to reply here.