What's your hometown's claim to fame

ClashCityTele said:
I tried to only list musicians from Newcastle itself. I was going to include the Angelic Upstarts, the Wildhearts, Franz Ferdinand (South Shields), Futureheads, Leatherface, Kenickie, Toy Dolls (Sunderland) Penetration etc. I used to live in the same street as Venom's drummer. They used to practise in his upstairs flat!!! Bryan Ferry & Martin Stephenson are from Washington where I now live. Martin's parents live just round the corner from me. There's even some of Girls Aloud & Little Mix from around here!
Click to expand...

Franz Ferdinand were Glasgow based for a long time, I never realised the South Shields connection. I actually shared a billing or two with Alex Kapranos' old band The Amphetamenies back in the 1990s in King Tuts Glasgow.

I still go to Martin Stephenson gigs when I get the chance he lives in the Ullapool area North-West Highland region now and does a lot of pub gigs for 30 or 40 people around Scotland. If anything he's got even better over the years. I'm still aspiring to be able to pick like him.

I was a big fan of Kitchenware Records' bands back in my student days, I still rate MacAloon as an amazing songwriter.

I think there's more similarities than differences between the Geordies and Glaswegians, and both have a history of very vibrant music scenes.
I've always enjoyed gigging in Newcastle albeit only a few restaurant/private party gigs in the last decade (I've some good mates in Wylam and Gosforth).

Do you need a passport if you're in Washington? You're in Mackam country!

I grew up in Holcomb, KS where the infamous Clutter murders occurred in 1959. Truman Capote wrote one of the first true crime novels about the murders, the killers and their execution - "In Cold Blood." My father was employed by Mr. Clutter at the time of the murders and was a suspect for a short time, everyone was a suspect for a short time. My older brothers were also employed by Mr. Clutter in their high school years which was also during the time the murders occurred. The house I grew up in was purchased on contract from Mr. Clutter by my Mom and Dad.

More recently, my adult home town of Garden City, KS was in the news when some men about my age conspired to blow up an apartment complex mostly inhabited by Somalian refugees.

On the lighter side, Garden City was also home to the world's largest hand dug, concrete, free municipal swimming pool. It leaked like crazy and a few years ago they tore it out and put in a water park.

Birthplace of HBO.
Birthplace of Planters Peanuts.
And...according to a plaque on town square it's also home of the first ever jazz festival. It's been all polkas since. Grande Ballroom and Cobo Hall. MC5 and Motown. Ford and other cars. Race riots. Bunch of other stuff. 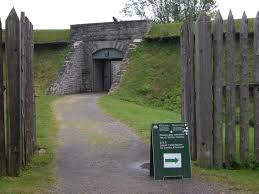 Fort Wellington. Constructed to safeguard shipping on the St Lawrence River during the War of 1812. Equipped with batteries of long range formidable 24lb muzzle loading Cannon. A boys playground. 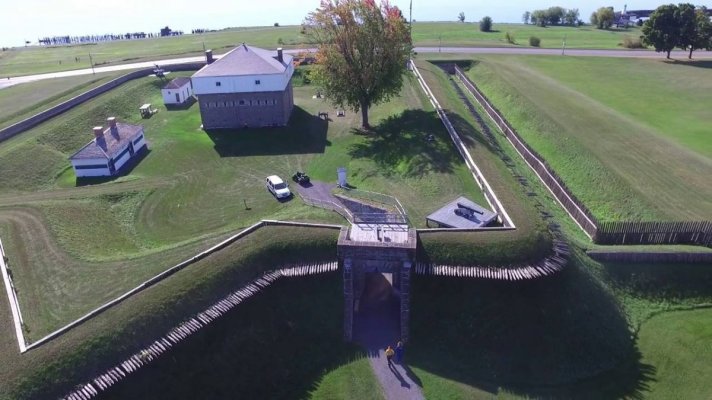 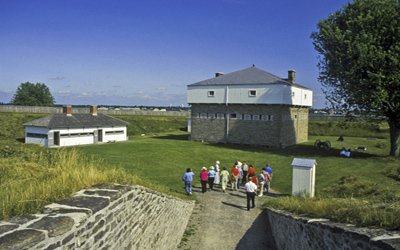 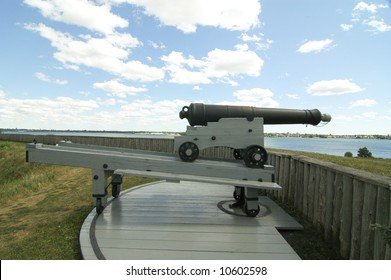 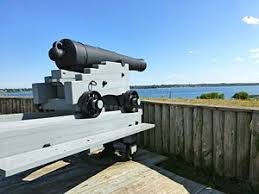 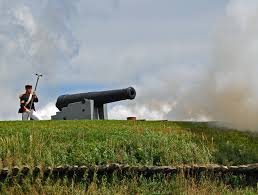 Richland, WA was a small town with some orchards. Outside of town was very desolate until the Manhattan Project built 7 nuclear reactors to produce plutonium, which was used in the Nagasaki bomb. Most our fathers worked at the Area, as it was called. They kept producing plutonium throughout the cold war.

Richland was the beneficiary of cold war funding. Our schools were amazing, including the most expensive school building in the country. We lived in what we called alphabet houses. I lived in a Y house, as did many of my friends. General James Mattis lived nearby and I may have played basketball with him. He was the manager of the basketball team.

There was a heavy FBI presence, and nobody talked. We were unbelievably blessed with very little crime. Our fathers had to keep us kids out of trouble, otherwise they could lose their job.

Walking around late at night, everything was quiet. In retrospect, the neighborhoods looked like movie sets. My out of town cousins referred to our family as the Cleavers. Guess who was the Beaver?

Larry Coryell and Sharon Tate lived there. I took guitar lessons from Coryell's teacher, who I loved. He made a big impact on his students. In addition to music lessons, he also hipped me to the ways of the world. Within a few years, everything he told me came true. Everything.
F

Gardo said:
I presently live just across the river.
How can you forget Harley
Click to expand...

Oh man, how could I forget Harley? Our bass player is retired from there and I know a bunch of folks who used to work there.

IMMusicRulz said:
Atlanta was the setting of the book Gone With The Wind. That's all I gotta say.
Click to expand...

Also the birthplace and home town of its author, Margaret Mitchell, as well as the place where she was runt over by a bus (or something like that) and kilt.

Birthplace of John Hancock, first signer of The Declaration of Independence

The first commercial railway in the US

Home of the Fore River Shipyard, where the "Kilroy Was Here" legend began (Google it!)

Home of Dick Dale and The Dropkick Murphys (Dick Dale went to my high school!)

In entertainment, home to Lee Remick, Ruth Gordon, "Auntie Em" from The Wizard of Oz, Lesley Visser, and Zuckerberg's wife.

There is someplace there that supposedly has the juiciest cheeseburgers/hamburgers on the planet and they are cooked vertically in an extremely old burner oven. Saw it on some places to eat in America.

getbent said:
Eudora Welty, one of my heroes, lived in Jackson. I visited her in Jackson about 1984.
Click to expand...

Vibroluxer said:
Well, I live in Pittsburgh and many people would say Primanti Brothers. For those that never have, it's actually a pretty good deli sandwich, nothing like New York, but before they give it to you they pile it high with soggy greasy french fries. And no, they won't make it any other way. Let's face it, if it was that good every city would make them. So no, it's not that.

We have 446 bridges more than any other city including Venice.

The Pittsburgh Pirates have the record for most consecutive loosing seasons than any other professional team in the US, regardless of the sport.

Eugene, Oregon -- so politically deluded that they held benefit concerts for the Unabomber's legal defense.

The Superstition Mountains and the legend of the Lost Dutchman Gold Mine. There was a History Channel show about it recently, but the guys on it are a bunch of wandering idiots in my observation, including walking around the desert without hats and other odd behaviors. My father spent much of his teenage years in these mountains running mule trains and setting up camp for prospector expeditions in the 70’s. He always said the only gold in these hills were the money made off of the fools looking for the lost mine.

Kandinskyesque said:
Franz Ferdinand were Glasgow based for a long time, I never realised the South Shields connection. I actually shared a billing or two with Alex Kapranos' old band The Amphetamenies back in the 1990s in King Tuts Glasgow.

I still go to Martin Stephenson gigs when I get the chance he lives in the Ullapool area North-West Highland region now and does a lot of pub gigs for 30 or 40 people around Scotland. If anything he's got even better over the years. I'm still aspiring to be able to pick like him.

I was a big fan of Kitchenware Records' bands back in my student days, I still rate MacAloon as an amazing songwriter.

I think there's more similarities than differences between the Geordies and Glaswegians, and both have a history of very vibrant music scenes.
I've always enjoyed gigging in Newcastle albeit only a few restaurant/private party gigs in the last decade (I've some good mates in Wylam and Gosforth).

Do you need a passport if you're in Washington? You're in Mackam country!
Click to expand...

I was told Alex Kapranos lived in Sunderland when he was young, then I read it was South Shields. I think Sunderland is more likely as Franz Ferdinand did a gig in a Sunderland record shop run by Frankie & the Heartstrings.

Kitchenware were a local institution. They did wonders for the music scene.

The rivers, shipyards, hard drinking men & good music. Yes, the two cities have a lot in common. I haven't been to Glasgow for a while. It was the Winter Beer Festival a few years ago in the Old Fruit Market (love that name!). My mate (the singer in our band) lives near Wylam. He abandoned Gateshead when the murder rate got too high!!!

Ha, it's about half & half around here, Geordies & Mackams. My better half is from Sunderland, but has lived in Washington since she was 16.

My hometown is a city of mirrors wiped clean over cracks, sharp-cornered out of package paper and fog-breath glassed from thick antiquity.

Initially a cauldron of hope and terror, it is at once a venerable vestige of all that can be hoisted high on the coveting shoulders of industry and tradition, and also a lost soul in the youthfulness of ridicule and oblivion, tamping down upon it’s winding memories with contempt and misguided lust.

As a child, I marveled at the unbridled creativity running over the brims, pooling for lappers and brain-curators, always aware of the crime and poverty periphery that always lingered, along with smart sewage drifting down-river.

I walked it’s hallowed and horrid whisper-streets, when the clogging steps echoed dark and fearful, amplified by sleeper windows after all had tucked in, tucked so tightly in between the sadness of my defeats and the exuberance of my triumphs, as a shadow among men I unloaded the accoutrements of the jester, the bard, the trickster.

It is now but a wet silkscreen of it’s worst trajectories, violent, lethargically medicated in the kinetic rat hairs of me-culture, homogenized beyond repair or shame, a trapping and rehearsed dichotomy of all it once was, unremarkable as most experiments of metropolis have become in the posturing filters of immediacy.

We have TWO things! SF. Lots of homeless people call it their hometown.