What kind of guitar would you get for a Raw Power/Sex Pistols type sound?

It's about attitude, not gear.

A reverse Firebird I, 'cause it's got lots of room for stickers.

Aftermath said:
It does get a punk sounds on my strat/tele, but its more like Stiff Little Fingers/The Clash than Sex pistols/Raw Power era Stooges. I need some sustain and swelling in my chords. Right now it sounds more acoustic if that makes sense.
Click to expand...

Does someone know that Ron Asheton played a les paul on raw power? He played a lot of strats. And fuzz pedals. The fuzz is probably more important, but I think the recording of raw power was mostly an accident, and I don't know how anyone can tell what guitar it is. I do really like the way raw power sounds, accident or not, and I wouldn't even think of trying to use humbuckers to go in that direction. P90s though.

As for the sex pistols, I can't help. No interest.

bottlenecker said:
Does someone know that Ron Asheton played a les paul on raw power? He played a lot of strats. And fuzz pedals. The fuzz is probably more important, but I think the recording of raw power was mostly an accident, and I don't know how anyone can tell what guitar it is. I do really like the way raw power sounds, accident or not, and I wouldn't even think of trying to use humbuckers to go in that direction. P90s though.

As for the sex pistols, I can't help. No interest.
Click to expand...

Ron Asheton was the bass player on Raw Power, James Williamson was the guitar player, and James played a Les Paul primarily.

Larry Mal said:
Who is Raw Power? I was talking about the album.
Click to expand...

Really anything with decent humbuckers or louder p90s should work. I have a tele with a quarter pounder in the bridge that works just fine for that too.

Once you start getting into that level of gain, the actual guitar starts to matter less, outside of your experience playing it.

Humbuckers do better for chugging and chunkier sounds, but if you don’t need that level of tightness and percussion, your options are wider.

kookaburra said:
There are plenty of options for humbucking single coil size pickups if you want to stick with a Fender/Fender style guitar. You can get them hot or various shades of less than hot.

As to whether stacked humbuckers sounds the same as the side by side models, it doesn't matter much for punk. Sure, you want to sound good if you can, but the nuances matter little.
Click to expand...

It depends on how much articulation you need, or if just having a wash of noise is fine.

That noventa tele will get you in the ballpark, and it’s flipping awesome!!!

northernguitar said:
No, but their guitars had T-Tops.
Click to expand...

Can you prove that?

omahaaudio said:
Can you prove that?
Click to expand...

Standard Gibson humbucker for the 60’s-70’s. Plus, just listen.

Gear-wise, Williamson elected to use the same recipe that led to his iconic tone on Raw Power: a 1969 Martin D-28 acoustic guitar along with his trusted 1969 Gibson Les Paul Custom played through a 1964 Vox AC30 Super Twin amp. “The Les Paul Custom I use has a very specific sound that is unique to it," he explains. “In the early days, the pickups were all handwound so each one was different. This one has a relatively low DC resistance, so it has a certain kind of sound to it." Williamson takes two backup Les Paul Customs on the road, and both are equipped with pickups reverse-engineered by Jason Lollar to match the set in his '69 Paul.

The history of Steve Jones’s playing career is interlaced with tales of how he allegedly stole his Les Paul Custom from, 1) Mick Ronson, backstage at a David Bowie concert; or 2) Paul McCartney; and pilfered his Twin Reverb amp from either, 1) the back of Bob Marley’s tour van; or 2) …backstage at a David Bowie concert (again). Meanwhile, his bandmate, the outrageous Sex Pistols lead singer Johnny “Rotten” Lydon, peppered interviews with tales of having stolen PA equipment from Keith Richards’s house. Take that, music-establishment icons!

As it happens, though—and this comes straight from the mouth of the sober, latter-day Jones himself—that this Les Paul Custom landed in his hands via an entirely legitimate route. After admitting that, yes, he did swipe other guitars in his youth, before he could even play the instrument, Jones told Jerry McCully for Gibson.com: “The one that I started playing was the one that [Sex Pistols’ manager] Malcolm McLaren actually brought back from New York that he got off Sylvain, which was the white Gibson Les Paul. A ’74, I think it was, a white Custom.”

Those Ventures model Mosrites from the 60's had a very aggressive, biting sound. It was a good sound but it really cut through. A high school bandmate had one and it really shot my Epi Wilshire out of the sky, both of us using Silvertone 6-10" amps.

They all sound the same to me. It's the pedals that make them sound different.

omahaaudio said:
They all sound the same to me. It's the pedals that make them sound different.
Click to expand...

Nah…bright and punchy…obviously a T-Top. For at least 20 years, I knew no other humbucker tone.

davidge1 said:
I don't know why people are saying P90s. Both Steve Jones and the guy who played guitar on Raw Power played Les Pauls with humbuckers, not P90s. Humbuckers have a fatter, more mid-rangy sound. And you need a mid-rangy amp like a Marshall. I once read an interview with Steve Jones where he said the speakers in the Twin he used were much more mid-rangy than stock Fender speakers. And of course, lots of volume!

If you like the sound of two different guitarists, and the both play the same kind of guitar, then that's the guitar to go with. It really doesn't matter what other punk rock guitar players use, you're obviously hearing something you like in those two players. A Les Paul with humbuckers is what you want.
Click to expand...

I said P90s based on my experience. My cover band went through a period playing more popular cuts from the Punk era. I used a LP copy with T-Tops and a Gibson Les Paul Junior Special with P90s. I could easily use one or the other with the entire setlist. To my ears, a T-Top is as close as a humbucker gets to sounding P90-like.

bumnote said:
For the "Raw Power" tone you only need two things...

That album has one of the worst mixes ever...Bowie really screwed up that album.
Click to expand...

Points for the analysis! It closely mirrors my own in the previous post with the VU meter(post #25).
However, from what I've read, Bowie was given 2(maybe 3) tracks(all the band on one or two tracks and vocals on another) already recorded with meters peaked out.
Like "Here... see what you can do with this". I don't think Bowie could have done much to "salvage" that mix at the stage he got the tracks in. 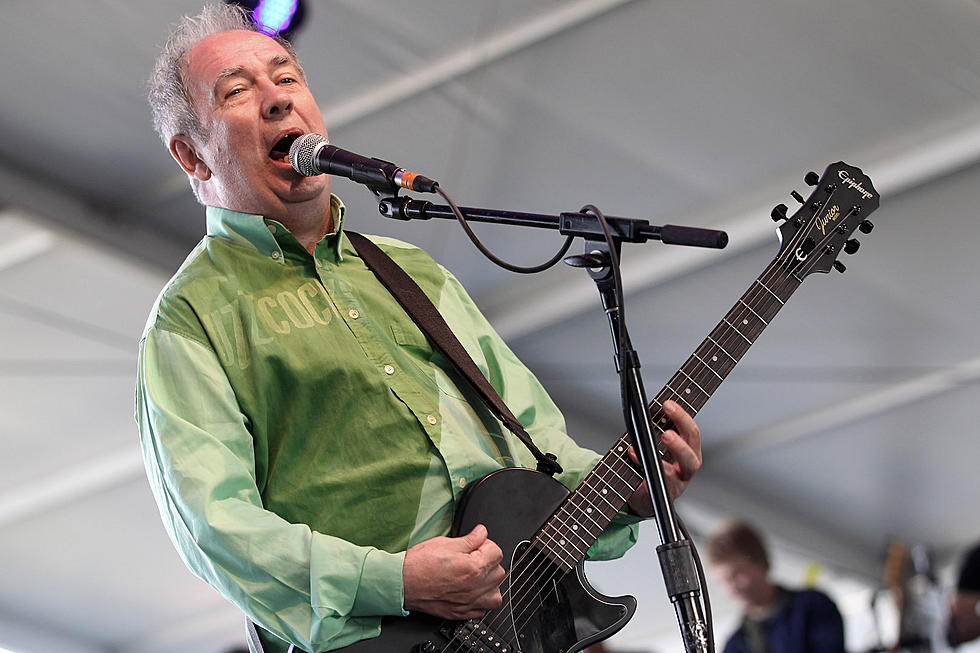 Skyhook said:
On the other hand, to get the "Raw Power" -sound you can achieve it using the following method. (source: my ears when I hear that album) 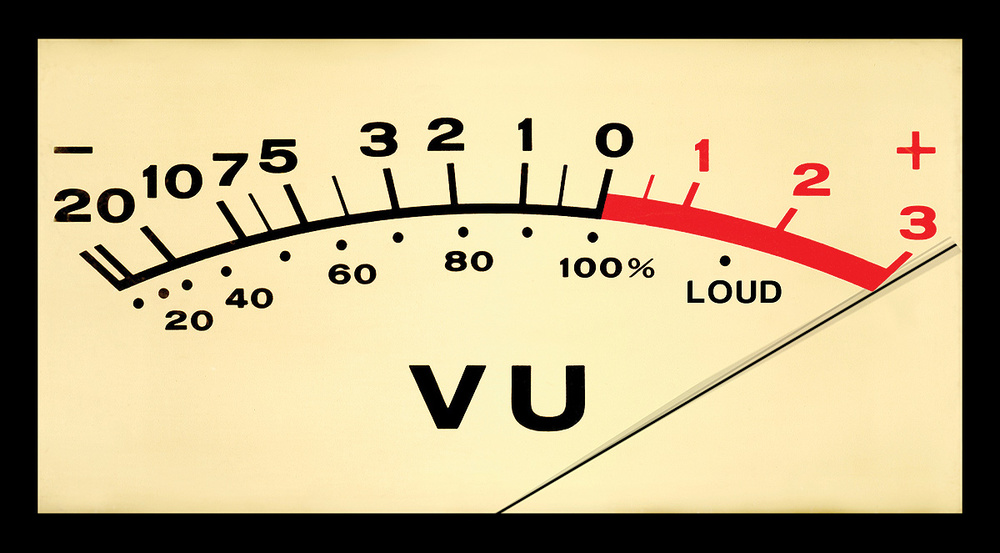 Bingo. The recording and mixing of Raw Power used to be a bit controversial.

FWIW, There’s an interview out there in which James Williamson says he destroyed an AC15 (rather than an AC30) in the recording of this album.

Another vote for attitude, not gear. And play LOUD.