What is your signature model? moosie said:
Wait, I thought we were talking Teles. This changes a lot.
Click to expand...

Oops. My bad. I'll change mine to an Esquire. Dark blue Shou Sugi Ban finish. (like the pic). No pickguard. Wired with a push/pull to have the option of cooked wah sound.

Probably a GS1.5 like this but in shell pink and with a tortie guard. Maybe with a Bigsby or a Jazzmaster trem and a roller bridge.

I've seen this thread title several times, and kept thinking it was bound to descend into backpage/archive status soon, so I didn't bother posting. But it seems to keep finding its way to the top of page one, so I guess I'll chime in as well.

I already have a guitar that qualifies as my signature, more than one candidate for it, in fact. Specifically, either one of the teles in my avatar pic: my Logan Custom Firecasters. My Firecaster I (2012) is stained walnut (with a painted headstock to match), Firecaster II (2019) is natural.

But they're both tele styles made from lumber salvaged from my house fire back in 2010, hence the name "Firecaster." Even at a casual glance, the body woods tells you that there's a story to be told here. And that story is that this was old growth construction grade lumber (Longleaf Pine tops, Douglas Fir core) used in a home build 86 years ago, a house I've lived in for nigh on 32 years. Here's a closer look at the Firecasters... Aside from the bodies being made from lumber that comes from our house that I salvaged myself during the demolition process, there's a lot about these guitars that are distinct, even unique. Of course, there's the tele body style, which is my electric of choice. They are both chambered and therefore lightweight, 6 lbs. 3 oz. and 5 lbs. 10 oz., respectively.

Then there are the other specs to consider, which reflect my choices, such as Bob Logan's stainless steel bridge plate (one with the conventional slant for the pickup, the other aligned straight). The walnut stained one has Lawrence's Keystone pickups in it, with his wiring scheme for a 5-way switch. The natural has DiMarzio Twang Kings, with a 4-way switch.

If I had to choose between the two as my one signature, it would be "Firecaster II," the natural on the right. It's resting on a guitar stand right behind me as I type this, just got through playing it some. But I play both of them, have gigged both of them, so I don't want to have to choose.

And when I gig with my acoustic/electric guitar of choice, which also happens to be a Logan Custom, the two guitars are like mirror/reverse/negative images of one another... A respected guitar builder doing a signature guitar for me? Yeah, thanks to Bob Logan, I'm already there.

Jensen said:
Mine would be a rather regular tele but with a different setup with regards to tone controls (don't even know if it is technically possible, feel free to laugh in case it is not )

I would like a tele to have two tone controls, but they should not be one for each pickup.

I would like the other tone knob to be working like the master tone on any typical tele but only in position 2 and 3.

The reason: Once I use the regular tone control to dial in a tone that is not too ice picky in position 1, the tone gets too dark in position 2 and 3 so I need to dial back and forth when switching. If I could have one tone knob taking care of the position that is the most trebly without affecting the sound of the other positions, it would make it a lot easier to just dial in and go instead of dialing back and forth.
Click to expand...

Makes perfect sense. You'll need a blade switch with an extra pole, though. 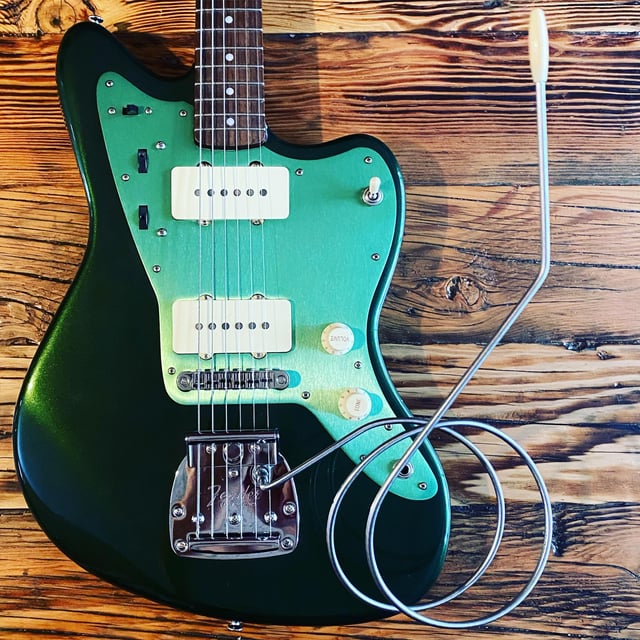 Based Strictly On Looks ..... Your Favorite Signature Telecaster.
3 4 5

What is the power handling of this speaker?

B
Running a modeler thru a tube amp?