MilwMark said:
The extent to which many of you believe you are above it all is truly hilarious. And maybe a bit tragic.
Click to expand...

Eh, my farts only stink on days that end in 'Y'. How about you, oh judgmental one. 'Tragic'. LOL! Overly dramatic much?

Lone_Poor_Boy said:
Eh, my farts only stink on days that end in 'Y'. How about you, oh judgmental one. 'Tragic'. LOL! Overly dramatic much?
Click to expand...

Thankfully, most of us here on TDPRI are far too opinionated to fall prey to "influencers."
Is TDPRI John an influencer or a follower? I'm thinking "follower." Somebody had to put all those funky ideas in his head ...

Lone_Poor_Boy said:
One of the seven signs of the end times.
Click to expand... You also get the good neighbor rate at Guitar Center 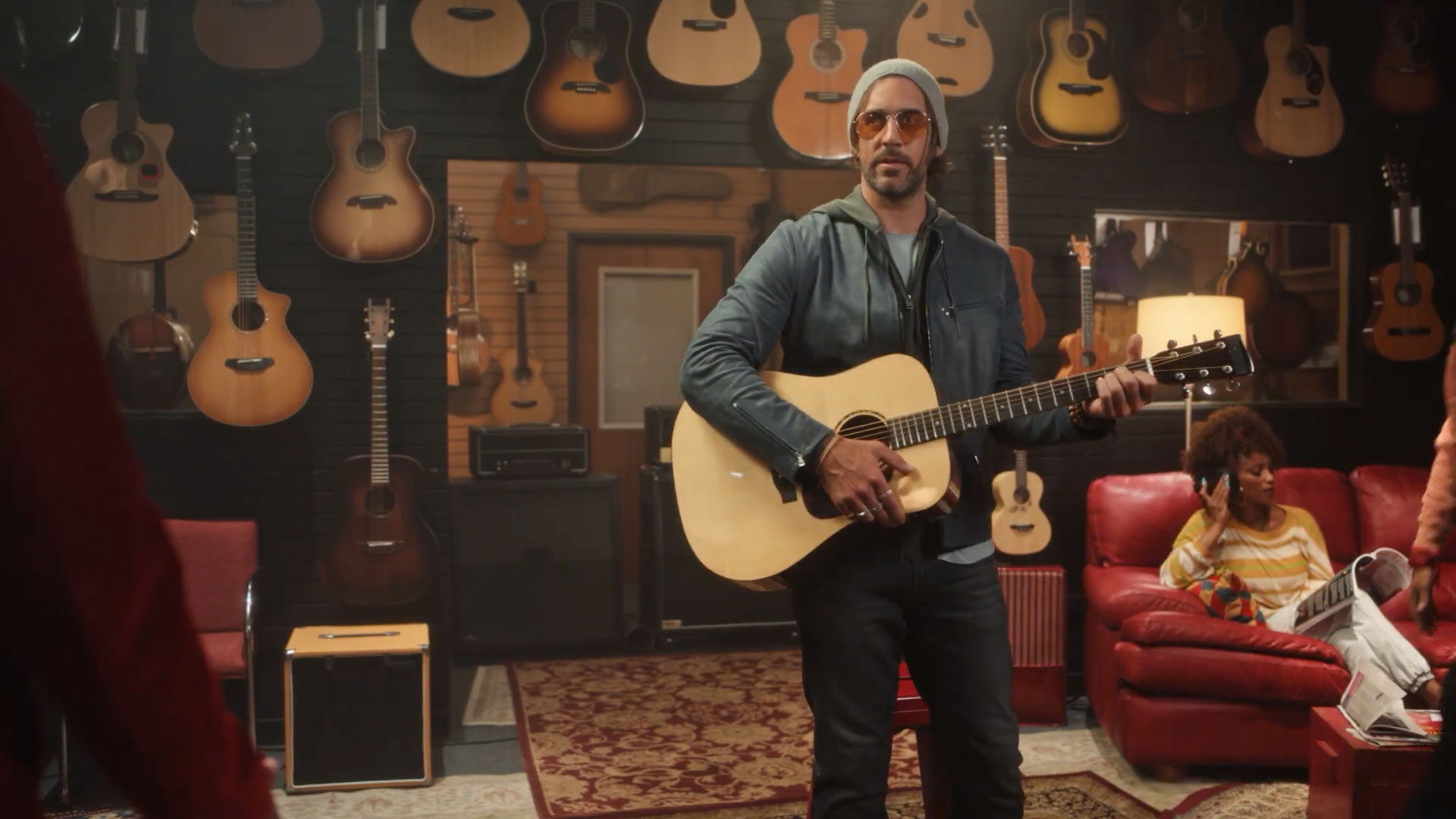 Is that Aaron Rogers?


MilwMark said:
Same here as to the first bit. In your post. I'll stand by mine. And refer you back to it . . .
Click to expand...

I have an Instagram that covers a certain field in music technology and has 33.6k followers at the moment. Technically that makes me a 'micro influencer'! I post every day and I do it for fun, I don't try to milk it.

Hey Fender: I’m an influencer. Send me one of everything for free and for keeps and I will tell people how awesome Fender is. PM me for contact info.

In my opinion, not much.
P

Lone_Poor_Boy said:
Is that Aaron Rogers?
Click to expand...

Peegoo said:
Anyone on YT, fakebook, Twotter, etc., that spoonfeeds opinions to followers that are too lazy to do some research and critical thinking and form their own opinions.
Click to expand...

I mostly agree, but don’t talk bad about my Kardashian girls!

MilwMark said:
The extent to which many of you believe you are above it all is truly hilarious. And maybe a bit tragic.
Click to expand...

Beat me to it!

I looked up Pete Thorn and his title was influencer.

A lot of people want to be cool, want to make choices, want to be 'on top' of things but have few skills at determining which items are those, what activities are those and how to pull it all off. Apps like tiktok, fb, youtube, insta, twitter etc allow people to graze through vast forests of information and opinion and see things that they would never imagine for themselves and they are influenced to make those choices.

For the influencer, they have to make content, which is to say, they have to do stuff and show you what they have done and explain it in a way that keeps you watching. From all accounts, it is hard work. But, they do not have the burden of manufacturing or repping a single product. It is consultative sales without the limitation of a manufacturer that may hamstring you.

It can get complicated when the influencer has agreements with companies, but most of them choose companies that they actually like.

It is puzzling why folks hate on influencers, they are so easy to ignore. I think people should get to do whatever they want ESPECIALLY if I can just ignore them.

I know one young man (a former intern) who has multiple millions of subscribers for his channel about understanding calculus and working through AP courses and applying calculus to other courses and aspects of life. He is handsome and has a great personality and is brilliant. He also has a traditional engineering job, but he tells me that he will have made about 150K this year on his videos.

My son's side hustle is playing madden football (online) there are competitive tournaments running constantly where money is made AND you gain followers who actually watch you play madden. He told me for the past 4 months he has been bringing home between 500-1000 a month doing this in his spare time.

During Thanksgiving, and after talking about this with the family, I set up another tv and his gaming unit and while we were in between activities (just hanging out) he would log in and play. Games take about 20 minutes... after, he'd say, 'okay, so I made 20.00 on that, now lets look at my weekly viewership blah blah' and it would be like 40.00. He stayed up late one night and said he did 'really well' so he kept playing.

These are markets and jobs we could never have imagined.

we also had a long discussion about Marcus Aurelius and he is thinking of starting a daily blog about 'living stoic' and he thinks if he could get to 500K subscribers, he'd double his current salary for his day job as a high school teacher/coach (by double, I mean he'd make twice what he makes doing the teaching gig)

He likes the idea because he could use the blog/podcast/tiktok story thing as part of his teaching.

I watch about 6 of these sites/activities and I absolutely love the info and the people and the stories they tell. I could not name very many kardashians or any of the 'big' influencers, but that is no big deal, they aren't in the sphere that I find interesting. It is all about niche.

Might be trite but that’s the core of it. They are paid to be a living advertisement on social media, reality tv style.

The point is to influence people to buy stuff.
Click to expand...

Back in the day they were known as 'Pitchmen' - then they came on TV - like Ron Popeil - then more advanced like Billy May - and then they were renamed with the advent of the internet to 'Influncer' - cause you know Pitchmen sounded old and generic.

I am sure I have been under the spell, but maybe once or twice. Mostly I look at that sort of thing to help me know that it is a con/crap product. I then also think how freaking dumb folks are. Imagine how much they get from folks that are on a subsistence budget. OH YEAH! SO don't look at the ad, close it. Well, seems you can't go too many plalces on the internet where you are not OVEREXPOSSED.

UrijahHull said:
I think that this word has been spoiled. Everybody who has more than a million followers on Instagram claims himself/herself to be an influencer. IMO, the real influencers are the visionaries like Steve Jobs, for example. Steve was ahead of his time. His explanation of the importance of marketing is outstanding.
Click to expand...

Steve Jobs didn't influence he changed and he drove. Same with Gates, Musk, Ellison etc. They aren't influencing people's lives, they change them and they drive the change through bold innovation.

An influencer is like Chip and Joanna Gaines work. They have an aesthetic and they share the aesthetic and sell their family as valuable and trustworthy. People are influenced by the life they portray and buy into it, but they don't 'make things'... although, they have started their own brand now and have expanded into 'making things' to maximize their income and provide the products that weren't available.

If you look at the super mega highly paid influencers, Alex Jones recognized that he needed to have products to sell to those who wanted to hear his thoughts. He knew just selling books wouldn't work with his audience, so he has a HUGE range of products, vitamins, survival gear, survival food, clothing etc. He is his only real sponsor, so he has complete control of the content (his influence) and his fans, because they appreciate his ideas, buy the merchandise. His methodology broke the code for influencers and is hugely successful.

The key with influencing is: Amount and frequency of content & Monetizing it. If you can create a ton of content and you have a vehicle for monetizing it (beyond just clicks and views and subscribers) if you can motivate your subscribers to buy other things beyond that... you can multiply earnings dramatically.

I think many of my secondary school teachers would refer to me as a bad influence. If the Internet had been around back then I could have been a famous bad influencer.

Not all of them are about flogging products. Sometimes it's about whatever they like - a style or which colour is the new black this year. We've always had trend setters and the like. This is just the "I can film it at home and post it online with a potentially vast audience" version. Which is fine - I can take it or leave it.

social influencers were his idea
P

On Youtube feed doing this same dance with same music in different outfits. Maybe she's an influencer for clothes.

B
Asuka Tele, thinking about selling.....