What I Did On My Spring / Summer Vacation Part 1

Well, There were nature programs. Crocodiles (great Salties) specifically, plus a comparison between other crocodiles, caiman, alligator, from different areas. The Florida Everglades is the only place in the world that has both alligators and crocodiles existing together. The croc. Is an ambush predator and is believed to have been around for two hundred million years, hardly evolving at all
The Dingo, Honey Badgers, Wolverine, the lab rats. All great fun to learn about.

Collecting used or highly reduced, on sale preamps has been a pass time, so far I’ve collected the Tech 21 SansAmp Character Series British V2 Pedal, the Digitech GSP 1101 preamp and processor, Strymon Iridium pedal, Pod Go pedal, stomp boxes by Boss and Behringer for fuzz and various flavors and shades of dirt. I am waiting for the delivery of the on recent purchase of a Bogner Uberschall Distortion Pedal that’s about ½ off list price. Oh, and does it grind nicely, in the demos. Ola Englund does a nice demo of an Uberschall Distortion Pedal plugged into the Effects return of his Mike Fortun designed Randall SATAN amp.
Paying attention to Metal , Doom, Sludge, guitar tones and the add-on pedal to create variations of how to grind, (not unlike different roasts of coffee beans) they, the pedals seem to offer many various flavors.
I want a smooth grind not buzzy or irritating like a dentist drilling on my abscessed wisdom tooth.
A lot of the time though, it’s King Buzzo’s sound that moves me.He uses Marshalls JCM 800 amps and (Rebuilt by Hilbish Designs) Beta Lead Sunn solid state amps.
HilbishDesigns has worked with Buzz to create a pedal called the Pessimister To get that Buzzo-liqious Distortion on tap

Coming from a blues based slide guitar background, and wanting to infuse the school of metal tonalities, that grind and sustain.I can dream can't I ?

I was ill again just prior to checking out, that lasted until about three weeks ago.
“The Crud Variant this time was like a Lenovo Team Moto GP Ducati cycle compared to the earlier flu variant with was comparatively like a WW2 Army surplus Harley, rusted out.

Open G is working out for me. I like how it feels compared with the open tuning of E,D, and A.
I’d say it has the rich flavor of slow roasted Pork Butt ( Pork Shoulder if you are upper crusty)

I admit to missing the company , our kind of company this site has on offer. 3 months on the lamb sure makes an impression.


I’ve been watching a soap opera about a middle aged business executive having a midlife crisis.
I find his shrink very engaging, his wife is played to perfection , his uncle is great, some of the crew are a little too much, the identified targets for rejection. The Guy That plays Tony is superb. James Gandolfini, He played a very similar character, but was really a sleaze in the film
“8 mm”. He really stood out, a great gritty film , too bad about Nicholas Cage littering the sets. 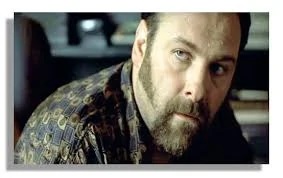 the Guitar track recorded using the Bogner Uberschall pedal , makes me happy, This pedal is a keeper. imho.

Great hearing from you!

"Damn the torpedoes, Full steam ahead!"

We didn't let anybody set in your chair.

Good to hear you're back in Bad-dog-land.

Glad you’re back. Sorry the snow boarding gig in Amman fell through

Well , with the snow boarding , my knees aren't what they used to be, and you are surely fully aware of just how involved the knees are with snow boarding.
I've seen some nature videos about honey badgers , they are not as cute as meercats, or as open to cross species intimate exchanges as a loving house cat, but "I'm digging their scene" as the beats, used to say.
There is a video of a honey badger that some a bunch of lions decide that they were interested in this honey badger and he or she just wasn't havin' it Oh hell no ! The Honey badger had the lions jumping through hoops , standing on their heads and lookin a fool, in stunned amazement some more lions wanter to see what was up and the honey badger wigged them out too.
Man , it was beautiful, and that was a lucky honey badger because I've seen footage of just what male and female lions are capable of.
It's nice to be back from the dead, what ever it was that was kicking my posterior for the last over-two-years seems to have vacated the premises and I am feeling so much better. It dawns on me the doctor wasn't spouting hollow pleasant platitudes when he told me I was lucky to be alive , and that I am , alive, I don't know about " Alive and Kickin' but When I woke up I was filled with gratitude at the miracle of not waking up dead , and that's for sure. I notice that what ever it was, aged me big time, fatigue is my new companion, I walk to the store and sure enough their he is wagging his tail and has me breathing hard , so that's the trade off of not being part of the unmentionable statistic that we collectively don't openly discuss.

So enough of my goin' on about nothin'.
Here's a song from the Alabama 3 mixing the Sacred with the profane with regard to the twelve steps stuff that save my nary ass from a fate worse than death, can I get an amen!

Isn't she a treat? A great voice and so easy on the eye .

tery said:
We didn't let anybody set in your chair.
Click to expand...

why thank you, ,when the cat comes sniffing around looking for my scent on the cushion she won't get confused.