What brand of boots do you wear?

Sorel when it gets cold. Today LL Bean Maine Hunting Shoes with waxed cotton uppers. Muck Boot Arctic Sport around the yard. Otherwise it's Birkenstock all the way, per my podiatrist.

Likewise. Or my German Army paratrooper boots, if it's really moist outside

As I said in the OP, I ve been pretty happy with Oboz but the sole is wearing out rather badly and they surely aren't going to last another winter. I bought them last July.

Around the same time I bought a pair of Danner boots from Cabellas. They had a very strange, way oversized tongue. There was too much fabric used and neither tongue would lay flat. Well, I missed the return date and was stuck with them. So they sat in a closet, unused, for 10 months until I saw Danners return policy. It covers up to a year for defects. I contacted them, they took them back and gave me a $160 credit towards a new pair. So I paid an extra $30 and bought a pair of there gortex 452s and they came on Saturday. So far I am really liking these and 5 stars to Danner for wonderful customer service.

I think Oboz are going away.
D

I've owned two pair of western boots in my life. The first were Tony Llama - they were totally comfortable. The second were Dan Posts and were the most uncomfortable pair of footwear I ever tried to wear. Their arch supports are so extreme, they jab me in the middle of my foot. I couldn't stand for more than 10 minutes before I was hurting. My father (who wore nothing but western boots) was just the opposite. He thought Tony Llamas were really uncomfortable and would only wear Dan Post. I'm more flat-footed I guess.

These days my boots are Wolverine 1000 Mile lace-ups, oxblood.

I recently received a pair of Danners due to their excellent customer service. So far Im really liking them. These are what I bought and they are on sale right now for $114. 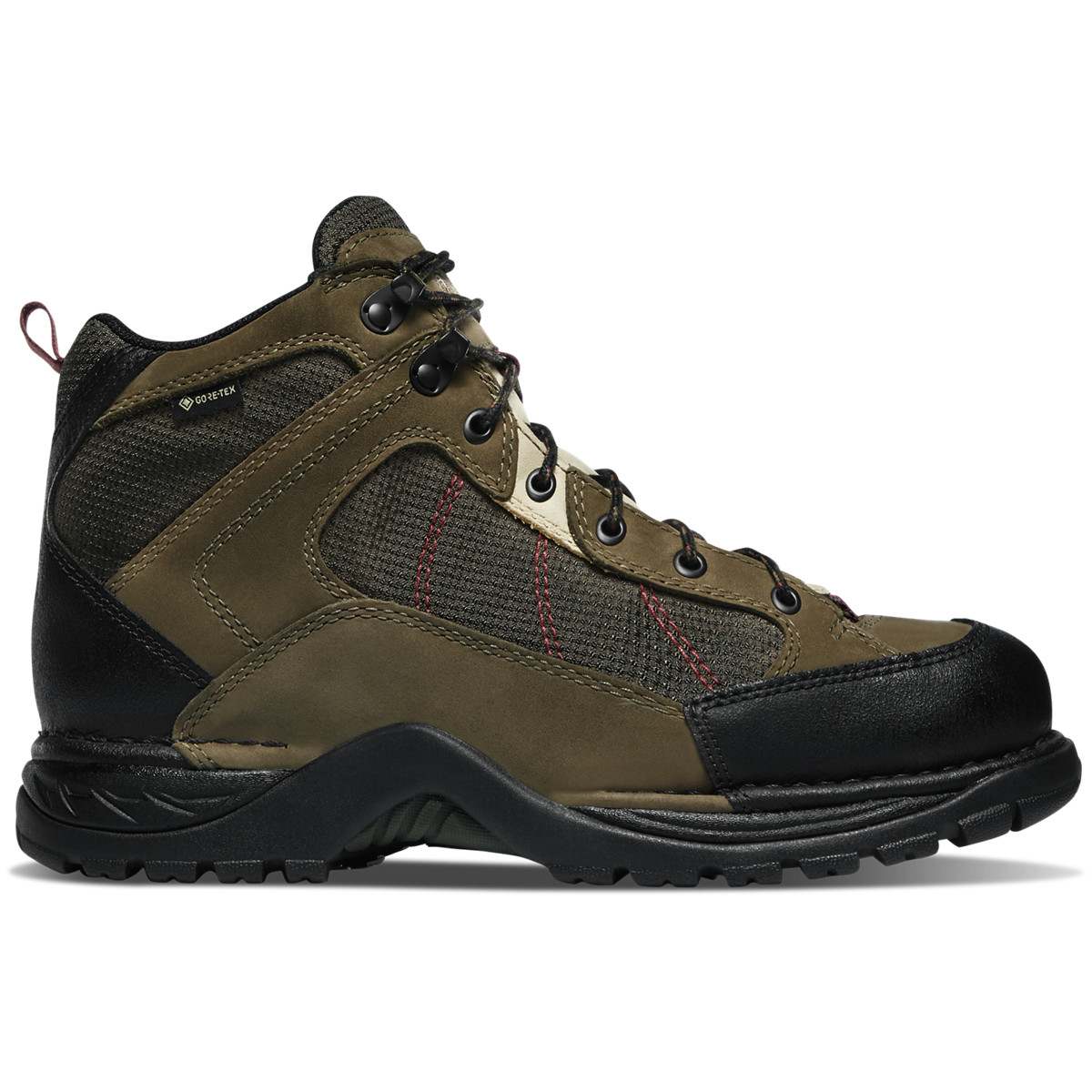 For the winter I have had good luck with these: An instantly recognisable style, The Colorado combines our signature technology with iconic design. From its Goodyear welt contruction - a craft honed over 150 years for superior durability - to its celebrated comfort.

1st pair lasted 15 years, second pair are 5 years in and looking like new.

As a lighter pair, I wear:

My favorites are long out of production Clarks Dragoon from 2008, so I only wear them infrequently:

Dr Marten's black suede desert boots. I've also got a new pair of black Kickers for work, as I find them to be exceptionally comfortable right now. Plus, the were on a Prime deal, so....... Danner Mountain Light for hiking. For a few years I worked in the saddle, I wore White’s Packers or Olathe Buckaroos.

Ex Canadian military parade boots and "engineer" boots. There's a couple military colleges an hour from here so I find em at thrift stores there all the time.

I wear engineer boots, and Chippewa is the best: 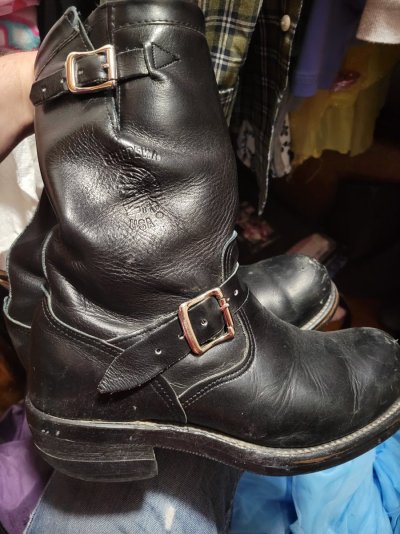 First pair lasted 10ish years, (probably would still be in regular use if NuShoe hadn't ruined them after 2 botched resoles that now make them look like black leather sausage casings all around the toes. NEVER use that company. I didn't go local 1 time and that happened).
Trying to take care of this pair because they stopped making them. Makes 0 sense.
I have Carolinas as my B-tier boots, but they aren't nearly as good. Way better than x-elements and a hair better that Herman's, but not close to the Chippewas.

Ive long wanted to pick up a pair of Fryes and Redwings so I can rotate, but I'm unsure on the sizing so haven't pulled the $90+ trigger on them on ebay yet.

I can wear engineer boots for work without looking weird, and hate how other similar shaped boots look and fit. I own cowboy boots, just don't like them as much.
Work boots I have no reason to own now, since I use my mutilated chips instead now.

Currently breaking in these Justins I don't wear boots very often any more, it's jandals/sandals most of the year, and I can always add socks if required...

But, when I do, it's Doc Martens when I need comfy 'all-day' boots, Merrell/Keen for when I need 'off-road' boots, and these for high-fashion evening wear: I needed a pair of steel toe boots for a gig that I figured wasn't going to last past a year, so I didn't want to dump a bunch of money in "real" boots. After hating all the lower tier stuff I tried, I bit the bullet and went to Red Wing. They were great of course, but a lot more than I really wanted to spend. The salesman then showed me their import line, called WORX. They were about 80% of the boot the Red Wings were, but at 1/3 the price. I did my year as a low voltage installer and they were comfortable and held up fine. If I was gonna work on an oil rig I'd have gone with something else, though.

I also have a pair of all-leather army boots from the '90s that I still wear when I gig.

Most my career was Redwings for work about 12 years ago I was working along US Canada Border on a pipeline under construction and stopped in a boot shop and fell in love with a pair of Viberg Hunters of Victoria BC. They will outlive me, the best most comfortable boot I ever wore.