What are you asking from Santa this year?

St. Nicholas: Ok, you can skip me this year, or socks if you must. Socks would be ok. But here's a few other things you could do:

1) My friend, the songwriting one who lives in his car? You know the one - he was the spirit animal of that house band I used to play in at the dumpy little brewpub out on Highway 6 - yeah, that guy. He's really a good songwriter, even though his lyrics are usually farther afield than even Blaze Foley or Roky Erikson on acid. Could you maybe find a way to talk him into cleaning up just enough so he could find a girlfriend and maybe then not be homeless, at least for a little while? I've seen any number of these kind-hearted women who like taking on a project like him, but he needs a little help, ok, Santa? or

2) could you also find a way to bring some light and direction into the life of a certain insurance adjuster who's holding up the restoration of that same old dumpy brewpub, that caught fire almost a year ago? Because that was a venue that supported marginal musicians, some on their way up, some on their way down, some just never going anywhere, for almost 30 years? You know the one, I'm pretty sure I seen you downing a St. Arnold's Christmas ale there on several occasions. It's the same venue that organized countless benefits, including an annual one in your name to provide Christmas presents to a battered women's shelter. Yeah, that one; or

3). Could you maybe find a way to send a sign to some of those folks who are just struggling to keep their heads above water or the ones who suffered some horrific injuries as children and then ruin their adult lives re-enacting those tragedies? Just some small sign, maybe a light in the window or random act of kindness that leads them to get help, real help? This request fits too many people to mention (although any resemblance to a certain ex-wife might not just be coincidental) (but she never told anyone what it was, so we can only guess, but then again, maybe she's just crazy); and yeah, of course

4) whirled peas - you know there's several amazing structures in Ukraine that celebrate the flavor you used to claim as St. Nicholas, so I'm thinking anything you could do to help an entire nation struggling with the horror of war, premised on a total human failure, well, I know that's asking a lot, but hey, it's your job?

Ok, I'll sign off now. I got a guitar that needs playing and some lights that Mrs. 3T wants to put up.

I’d like my kids to get along with their step mom, and I‘d like the binding to stop falling off my Martin. But since those things probably aren’t going to happen, mark me down for a MXR Carbon Copy.

If you can do the first thing, disregard all else.

A pair of cargo shorts,
A pair of crocs,
A bumched shrit,
And England to win the World Cup.

I wish Santa since he can be in so many places at the same time, would use his deer and sled like a crop duster, and spray the whole world with anti-crazy mist, it could surely use it. Santa, if you'll do that, I'll try and take care of the stuff I need.

Throw in some hindquarters and you got a deal.

My good lady asked what I wanted for Xmas.
I offered to drop her at my local music shop (Riff Raff Guitars) and leave her while I had a pint or three.
She said I would probably end up with a flute and a triangle, but she would gift wrap the triangle and I'd have to guess what it was! 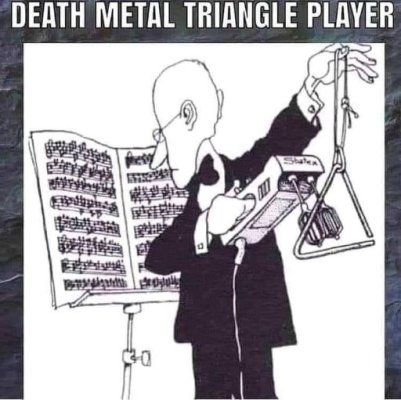 what is a Rob’s Phoenix?

I asked Santa for a new cozy pajama and to fill up my car from time to time.
The other thing which could extremely helpful for me - that it would be possible to buy ozempic online without any troubles . We all experience shortages these days, but that drug is actually very important for people like me.
Last edited: Nov 28, 2022
S

Tranquility just to hear the Birds sing and
the smell of freshly mowed lawns.

Since I haven't played electric guitar in front of people in a few years, I suppose I already got my Santa Claus gift when I got my Fender Telecaster in January. This guitar likes me more than any other guitar in my collection.

I did post in another thread about reasons for buying another guitar. I might need an acoustic-electric guitar to replace my otherwise perfectly good acoustic guitar which I do play in front of people at least monthly. There MIGHT be a time when I need to plug into a PA system somewhere.

A local music store has a Martin D16E and some Martin D12E guitars available for me to stop in and try out. Might be a nice Christmas present.

I’m expecting a set between now and my birthday.

El Tele Lobo said:
I’m expecting a set between now and my birthday.
Click to expand...

I can't order till January ... so that's like 9-10 months to get a new tele together

A pair of cargo shorts,
A pair of crocs,
A bumched shrit,
And England to win the World Cup.
Click to expand...

I think he’s out of cargo shorts…something about the supply cha…now cargo shrots…that he can get you.

Patio furniture
Engine repairs for my 18 year old beater car.
I don't wear socks.
Have someone buy all my excess guitars and parts at reasonable prices
I like popcorn, microwave buttered, light salt.
I actually prefer the foodlion brand microwave popcorn as specified above.
Michelin Climate control Ii tires 225/55/17 for my new Camry. I really like the way they worked on my wife's Kizashi. I know they are expensive but I'm worth it, especially considering I don't wear socks.

Lower food prices for everyone.

Make energy and clean water available and affordable for all 8 billion of us.

Volkswagen 2023 GTI 4 door BLACK exterior, tinted windows black leather interior (then you can forego the repairs to the beater)

Thanks for the new previously owned certified Toyota Camry (I like it)!

Have a Coca-Cola and Chocolate chip cookie on me!

Peace for all creatures on earth.

Get Blondie to go on longer walks with me.

Be careful when you fly over Eastern Europe.

Frontman said:
I don’t need any more toys, I just want the health and longevity to enjoy what I already have.
Click to expand...

I posit that the name is responsible for the increase in value.

a pony and whirled peas.
You must log in or register to reply here.

Practiced vs. Spontaneity. Do You Have a Love / Understanding / Desire for Both?
2 3

New rule or I guess a New Years resolution. 100$ minimum to get me to drag either of these out to help.
2 3