What are the dimensions for 12-string spacing and neck?

I've built some guitars now, electrics, hollowbodies and the odd acoustic, with varying levels of success. Some I've given away, some I've sold, one or two ended in the bin, such is the way this hobby works.

I'm starting a build for a 12-string acoustic, the next big challenge, but I'm not sure about the neck dimensions, thickness, string spacing (between pairs and between double strings). I didn't find any blueprints online (I didn't look too hard either), that's why I'm asking here.

If anyone can help me with the information I'm looking for, greatly appreciated!

Alberto, I have built two acoustic 12 strings, own another commercial one and also built the electric double neck. The most common dimensions for an ACOUSTIC 12 string is 1-7/8 at the nut. String spacing at the bridge can be 2-5/16 or more or less, depends a bit on your playing technique (I've seen as wide as 2-7/16, as narrow as 2-3/32). My OM above is 2-5/16 wide at the 12th fret, same as the string spacing at the bridge. Spacing of the courses is usually about 0.100, the bass can be slightly wider. I like to space the primaries using the StewMac gauge which maintains the same space between strings (not their centers), then put the octaves 0.100. Neck profile is up to you, don't make it too chunky.

There are some very important considerations when building a 12 string. First and foremost is how you plan to string and tune it. That will help you determine the scale length and the amount of tension on both the neck and the top. Most 12 strings will end up with 200 to 250 pounds of tension, that is maybe 50% more than a sixer, not double. A single double acting truss rod has been satisfactory on mine (the old Martin on the left has a non adjustable bar and is fine. You will want to make the top a bit thicker and up your bracing slightly but don't get carried away. The one in the middle has a 0.120 thick Sitka top and unscalloped 5/16 braces with a third tone bar. The one on the right is ladder braced, lets not go there.

A company called Ultimate Guitar Online had a nice set of plans at one time, more or less a Taylor x55 configuration. I did not actually build to those plans but referred to them. It is also worthwhile to look inside as many 12's as you can and to measure necks of ones you like.

I owned the martin on the left for quite a few years but was dissatisfied with some things about it so I built the one in the middle to make a more fingerstyle friendly version. The Martin is 24.9 and I tune down two semi tones. The OM is 25.4 and also tuned down two steps, then down from there for the equivalent of open G or D. The one on the right is very long scale, strung with cables and tuned in the cellar - Huddie Ledbetter or Willie McTell would be happy playing it.

Some other bits and pieces. Plan to use mini tuners (Grover, Gotoh, etc) to make the head as small as you can. Put the truss rod adjuster inside the body to make the head stronger. I like scarfed headstocks, I think you know that. Be thinking about a case before you start, both of mine required custom cases which are expensive. And as I said before, decide on stringing and tuning, everything else follows
Last edited: Jan 23, 2022

I'll add that building an electric twelve string puts you at the mercy of the few manufacturers of bridges (which I feel are too narrow). Choose your bridge, pick a nut spacing and lay the neck out. Neck pocket and stuff like that follow.

I've built some guitars now, electrics, hollowbodies and the odd acoustic, with varying levels of success. Some I've given away, some I've sold, one or two ended in the bin, such is the way this hobby works.

I'm starting a build for a 12-string acoustic, the next big challenge, but I'm not sure about the neck dimensions, thickness, string spacing (between pairs and between double strings). I didn't find any blueprints online (I didn't look too hard either), that's why I'm asking here.

If anyone can help me with the information I'm looking for, greatly appreciated!

As always, will follow your build - looking forward to it.
Let me know if you swap to a different thread when you start the build.

I've been thinking of another build, but what to build?
My first build still plays fine, neck still straight. Maybe I could build a hard case for it.

Staying clear of the shed at the moment as it's about 1000 degrees in there.

Hey all, thanks for your replies!

@Freeman Keller , thanks for the explanations, and the pics! I'm planning an acoustic, got the sides already bent, based on the Guild Savoy A150 countour. I once built an acoustic in that shape and it felt real nice. I think I've missed it, but what's the usual spacing within a pair of strings? Looks to be 1-2mm (sorry, I think in metric!).

@wingcommander it's been a while! Nice to see you around these neck of the woods! I need to finish up some other repairs I'm doing on my SG and then I should start properly with the 12-string and a smaller 6-string. I ran out of acoustics, sold my dodgy T-shaped acoustic to a colleague...

Laying out the nut is harder to describe than to do... What I do is mark the locations of the two outside strings, the octave E on the bass side (mark 1), and the fundamental e on the treble side (mark 2).

I measure down 7/64 from mark 1, that becomes the location of the fundamental E (mark 3). Now, just lay out ADGB fundamentals the way you normally do using mark 3 and mark 1 as your starting and ending points.

This assumes you're stringing the drones above (to the bass side) of the fundamentals.

Another thing to consider is to buy a cheapie 12 string preslotted nut that's close to the width you need and use it as a guide, fudging it a bit here and there to compensate. That's what I did my first time out, and it worked fine.

The pairs of strings are called "courses" and I believe I said that the normal spacing was 0.100 inch. You want to be able to fret them easily as a pair and pick then with one stroke of your finger or pick. A few people (Chris Proctor comes to mind) like them a little wider at the nut so he can pick an individual string, I kind of do something similar by picking up or down onto the course. Your spacing at the bridge is determined by the slots and it can be hard to get the strings close enough 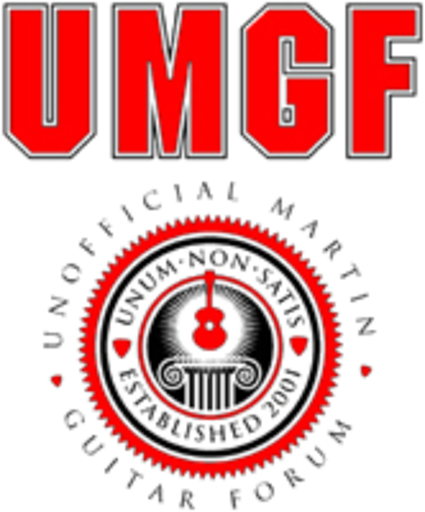 The following, courtesy of UMGF member brrobert, is a string tension chart, based on standard tuning and D'Addario published string tension figures. S

I have a template for a 12 string nut. I made this based on a slightly wider nut (1.875"), but I am using it on an electric 12 string with a 1.77" nut. My Larrivee acoustic has the wider nut, but it seems to have extra room at the edges. I figure it was OK to cheat the space on the edges, because I was not going to be string bending much.

Thanks everyone, you have been most helpful at dispelling ghosts in my head about the difficulties of a 12-string. I mean, yes, it will be difficult and I'll have to measure 3x instead of 2x before cutting, but it has less of a voodoo vibe now!

I have done 4 electric and one acoustic 12, you'll be fine