I had to make my dream Telecaster. 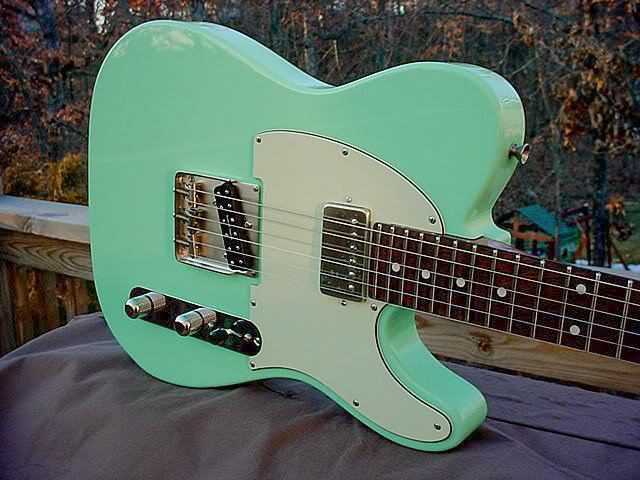 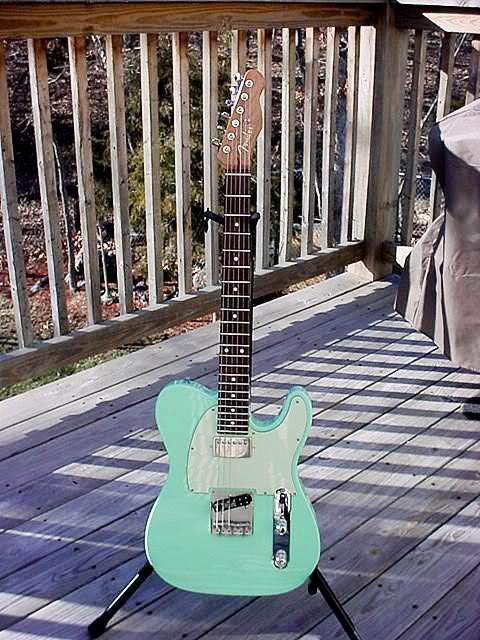 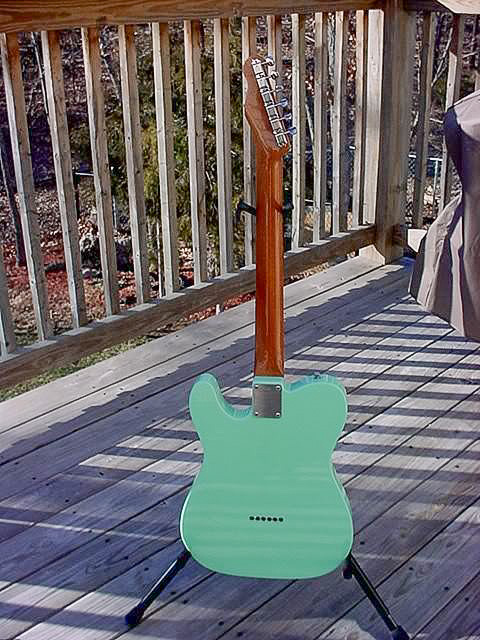 Snakehead Esquire with a single P-90 in the bridge, with the body made out of an old beer and smoke-stained, dive-bar tabletop. Although I would not turn down a Muddy Waters Signature model. I’d take this one. But in a color that’s not boring and butt-ugly.

It’s a ‘13 MIA Fender USA Professional Telecaster HS. I converted it to HH. DiMarzio PAF Pro in the neck position, with a Mojo Tone open cover. DiMarzio Bluesbucker in the bridge position. Three way switch and a volume knob. No fancy switching or coil splitting, no tone control.

Edit: I have since flipped over the Bluesbucker. It was a little bright and thin when I first installed it. At DiMarzio’s suggestion, I flipped it so the screws are toward the neck and the slugs are toward the bridge. Now it sounds surprisingly close to a P90.
Last edited: Jan 24, 2023

I’ve always wanted a Richie Kotzen signature Tele. Not enough to pay what they’re asking though. 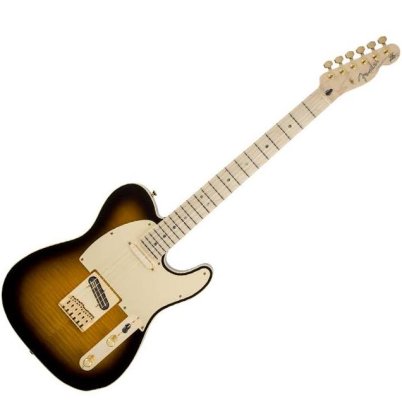 I'm a simple man. I already own it and the crazy thing is that it's nothing fancy.... #Isbell

I wanted one of these really badly until I noticed the body was contoured. If not for that I’d have bought one years ago. Oscar Moore’s Nocaster for sure.
D

One that reads my mind

Jakedog said:
I wanted one of these really badly until I noticed the body was contoured. If not for that I’d have bought one years ago.
Click to expand...

I had one.
They’re really good guitars!

I haven’t owned anything Fender for a couple of years now because I’ve found you can get Custom Shop quality for Fender production prices if you’re patient in the used market. Plus better value and performance in used boutique stuff. Most recent T-Styles for me are the Xotic XTC 1 and a K-Line Truxton. Of the two, I much prefer the K-Line. So I’ve landed on my forever Tele with the Truxton, no doubt “The dream is to always chase the dream for dreams give us purpose.” - some guy

trandy9850 said:
I had to make my dream Telecaster.

The left handed bridge has always been in my mind, simply because I’d like the bass strings to have more twang and the treble strings to be fatter sounding.

I must have been dropped when I was born.

Guitmojones said:
“The dream is to always chase the dream for dreams give us purpose.” - some guy

That being said I’d still love to have a fat headstock tele thin line or deluxe from the 70s
Click to expand...

My dream tele is a 68-69 pink paisley telecaster. I’m a big James burton fan and I just love it. One day hopefully before my time is up. Right now I’m happy with my Broadcaster reissue. Sounds really good. Around 2006 there was a custom shop copper metallic 50s reissue of some kind with a stealth pick up under the pickguard. It’s still haunts me to this day.

A Japanese made or CS 60s re-issue, rosewood board, burst with the white binding. That look will never ever get old to me. Heck, I’d even take the Jason Isbell model. While we’re at it, the Chrissy Hynde model is a real looker too!

Cabronita anything. MIM, MIA, CS, boutique brands, does not matter!

80’s Squier like the one I saw Chuck Prophet playing a few nights ago.

An old beat up MIM Standard.

I've played a Master built tele. It was something else.
You must log in or register to reply here.

Are we exploring our sound enough before making changes? Old guy musings...
2