Read that a racer broke his neck after a collision with a spectator. SMH.

I live in the Val d'Illiez, they'll be cycling through my town tomorrow.

I don't care too much for the sport, and a bunch of roads here are going to be closed for the race, which is a bit inconvenient...

Fine weather for the start of the stage...

interesting that there's been cobbles and dirt sections this year...

I'm sure the roads in Switzerland will be better and a bit steeper..

Having covered a few Tours, I've come to the conclusion that a lot of the "fans" that watch the race from the sides of the roads are a**holes. 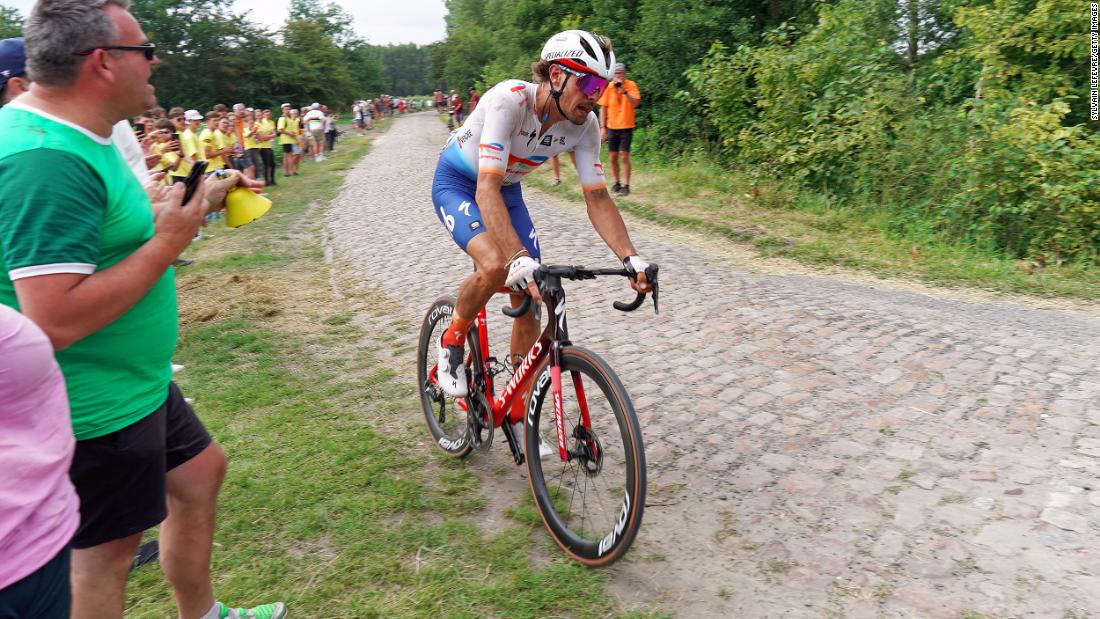 Cyclist Daniel Oss has been forced to retire from this year's Tour de France with a broken neck after he collided with spectators. 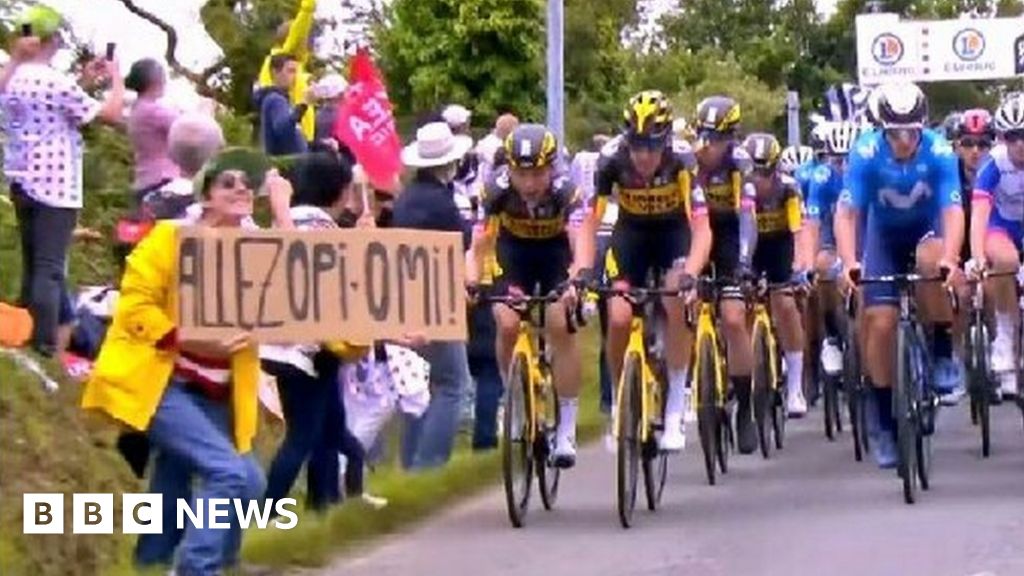 The woman's cardboard sign brought down dozens of cyclists during a stage of the elite race in June.
www.bbc.com

I can't imagine trying to cycle race at walking pace through a crowd of spectators crowding onto the road on those alpine stages...

May catch some of the mt. stages.

I like the crazed supportive fans lined up inches (centimeters ?? away on the s t e e p mt. stages, as the riders push their lactic acid levels to new thresholds!!

No pain no yellow jersey.

Damn, if at first you can't crack a guy, try, try again! The kid has been so consistently impenetrable since he emerged a couple years ago, it would have been hard to see today coming. Maybe he gets beat at the line or something, but he lost a LOT of time today. Le Alpe should be interesting tomorrow. Can he recover and start to take some time back? I don't know how well Vindegaard (sp?) time trials, but he must not be bad if he finished second last year. I'm guessing Tade has to get some serious time back in the next three mountain stages if he wants to win a third one in a row...

the Pog took a hit that last stage.... a few minutes down..

I remain a huge fan of the greatest American cyclist ever. Greg LeMond. I wish he got more credit for his amazing achievements.

There are a few European guys who were pretty good too. Eddy Merckx, Fausto Coppi and a few others.

Yep, I'm nostalgic. I also like the old steel bikes.

Yes it was Indeed an Old school stage, a fabulous one.

For someone who has not paid attention at all this year,

Watching it live on a cable sport TV channel in Japan. Less than 5 km left. I want to see Chris Froome to win, but I would be very happy to see him finish strong.
M

Mike Eskimo said:
For someone who has not paid attention at all this year,

Vingegaard After a strong Jumbo Visma work yesterday, which they're doing again today.

UCI rules say that the bikes have to weigh at least 6.8 kilos, mechanics have been known to tape weights to them to make them heavy enough

Mike Eskimo said:
For someone who has not paid attention at all this year,

According to commentary, no teams still using rim brakes.

I think the Pog kind of blew it tactically by going too hard, too many times, not leaving enough in the tank. Conversely, the other racers outsmarted him and/or had stronger team support. He's just a kid...although I'm sure his director sportif was telling him what to do in his ear.

Someone mentioned doping. I believe Indurain was the beginning of the modern doping era, where blood doping actually gave a huge advantage. The prior use of amphetamines was not particularly effective. The LeMond era was the last where a clean racer had a chance because doping didn't do much, at least not for a stage race.

Blood doping was also big in the '84 Olympics cycling events, too. Many of the medals won by American riders were because of blood doping. They kept their medals because while it was unethical, at the time it was not explicitly prohibited.

An investigation by four U.S.

It seems based on performance data that pro racers are still doping, but are very good at concealing it.

If you look at the Wiki for TdF winners, only Armstrong has been struck from the record books with no one else named the winner. Contador and Landis both had wins struck for doping, but in those cases 2nd place was given the win-- but likely was also doping. Contador still shows up with 2 wins, but who really believes he wasn't doping in those races as well? Pantani? Doping. Indurain-- EPO all the way. Etc., etc. Blood doping doesn't help the pure sprinters in the sprint, but testosterone does....

An alternative explanation for Pog losing time is that other riders' doping regimens are more optimal than his....or the timing of when they "kick in" is slightly different. Lance Armstrong himself said that once he realized all of his competitors were doping, and that you had to dope in order to win, he figured he would ensure that he was the very best doper of all. I hesitate to comment on today's racing, until you've all had the chance to watch highlights.

Watch the highlights.
You must log in or register to reply here.

If Paul Kossoff were alive would he be able to hear anything?

Whilst in Spain...... Fiduea de Marisco !instead of Paella