Todd Rundgren-what have I been missing?

I’m a big fan of the Nazz and then his Laura Nyro- influenced early solo work. He kind of loses me a bit after A Wizard, A True Star, but every album has a gem or two.

I've been a fan of Todd since the late 60s with Nazz. His musicality is amazing. And while his own stuff is worthy of a deep dive, he's also a hellava producer. The album Skylarking which he produced for XTC is a great example and my favorite XTC record.

Check out Nearly Human and Second Wind. They have no filler, none. My wife says Todd is a prophet and she's usually right about these things!

When I was in college I taught at a private school that his kids attended. He was always interesting when we spoke, even if the conversation didn't always go the way I thought it would. He was warm and approachable, yet aloof and distant. I always enjoyed our talks.

Something Anything is a pop masterpiece. Some of the other albums mentioned are great as well. Other good ones to check out are Faithful, Hermit of Mink Hollow and Healing.

He also has a whole other catalogue of albums with his group Utopia. My favorite is Adventures in Utopia.

Plus one for Not Tonight

burntfrijoles said:
I really don’t much about him other than his mainstream releases: I Saw The Light, Hello It’s Me, etc.
Any fans have any suggestions for a deeper dive?
Click to expand...

Just spend the next weekend watching Todd Rundgren YouTube videos and using Google to research Rundgren's career accomplishments. Do your homework and decide for yourself.

A few years ago he did a tour where he played the albums Todd and Healing in their entirety. We saw him in Akron and I got the video of the final show in Philly a few years later. You can probably find songs from those shows on youtube pretty easily. Here's one:

todd lived in the westbrook park section of upper darby...i live in upper darby township but not in the section lived...where the video starts i live about a mile from there...drive by that area all the time...know people who still live there

also worked with a guy who was in the same class with todd...they were the smallest kids in their class and were always paired together

This may be off the main path, but for piano-based heartfelt songs, this was a mainstay for me at the right age: 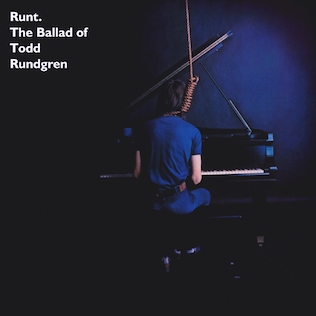 My brother and I went to see a Todd Tundgren concert in Manchester (England) a long time ago - surprisingly, it was a solo gig, just Todd singing and playing electric piano at quite a small venue (we had previously seen a solo concert here with Nils Lovgren)... Despite the low-key event without any of his virtuoso guitar playing, this was a memorable concert. Todd was an engaging host and raconteur, and the concert showed off his amazing back catalogue, his uniquley memorable chordal songwriting style - and most impressive of all - what a killer voice!
A Wizard, a True Star... indeed

catdaddy said:
I've been a fan of Todd since the late 60s with Nazz. His musicality is amazing. And while his own stuff is worthy of a deep dive, he's also a hellava producer. The album Skylarking which he produced for XTC is a great example and my favorite XTC record.

Additionally, The American Dream (self-titled) 1970 was the first album produced by Mr. Rundgren. - ... Can't Get To Heaven on the Frankford EL ...

From his first album “Runt”:

From Hermit of Mink Hollow:

Another vote to check out the Nazz stuff; here’s one of my favorites:
You must log in or register to reply here.

Great guitarists who are far more interesting to watch than to listen to.
3 4 5