The Value of Your Guitar/s

Love the one you are with.

rawgerpaper said:
And I think mainly the value of your guitar/s is what really felt close to you.

Just a newbie here and would love to hear your thoughts about this.
Click to expand...

I'm a veteran player and guitar collector, and I don't think I could have said it better than you.

Price does not = value. 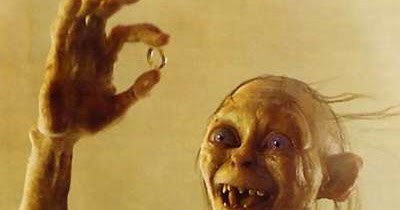 The 1st guitar that I bought with my own funds was a 63 Fender Jaguar 3 color sunburst in ~67 or so, $100.
In the last 20 years, I've been pretty active looking for guitars and amps that I really would have liked to have when I was younger but had other responsibilities and restrictions.
These are some of the best I've come across, I think most of them will be passed on to my son/grandkids:

This just shows the cost of the items listed. That doesn't really matter to me because I don't expect to part with any of them and I just love playing these and the other guitars and amps that I have. Priceless

I tend to prefer unique guitars that are off the beaten path and fly under the radar. It’s just typically what I’m drawn to. Which I enjoy, but tend to eat it big time when selling to try something else.

The Flaxwood guitars I play now are amazing. But yeah, not many people have heard of them, so they’re not particularly valuable. They play and sound great, though!

unixfish said:
Wait! What!? You can sell your kids? Why did nobody tell me? I could have saved thousands!
Click to expand...

ChicknPickn said:
Some guitars are like a good friend. They always seem ready to go when you want them or need them to. They give comfort. Then there are the ones that talk a good game, but are never quite right. Oh yeah, they've got the logo, the lacquer so highly polished it blinds you. But you can't get the buzz out of them, no matter what. The nut is cut and recut, no joy. Fret dressings don't find the problem. I have a Strat like that. And I have various Teles that just do right, time after time. Even the ones I cut out myself. And this is why I will not buy a guitar off the internet.
Click to expand...

This here. I've got a handful of really nice guitars. Most of them I got at a fraction of what I should have paid for them. They're great and I love them and they play and sound amazing.

I've also got a 1991 Squier II that I've had since I was 16. It's made of plywood and the frets are worn down to lumpy nubs. It sounds good and it sounds bad at the same time, but every time I pick it up it's like spending time with an old friend.

We both know each other so well.

I kinda prefer guitars with "oooh" factor: mine have two kinds of "oooh" factor, the first when I pull it out of the case, and other guitarists go, "Oooh!" Then, when I play, they go, "Eeew!" It almost sounds the same....

johnny k said:
because i was drunk
Click to expand...

Haha. That can be dangerous! Not that I can relate, or anything…
You’re lucky it was just a blue-flamed V.

I went into a Music Store yesterday.
Talk about sticker shock. WOW ....
I was shaking my head the whole time I was in there. Unbelievable.
FG

I have a 94 reissue Strat, had it since 94. It's the only guitar I have that has tiny divets in the frets from playing it so much. Not long ago I mentioned "Maybe I'll sell the Strat." My non-musician tin ear wife immediately chimed in "I'll divorce you if you do." I probably would be lucky to get $500 bucks for it if I did sell it, but her comment was all I needed to remind me of the Strat's real value TO ME that can't be measured in dollars.

That was a couple three years ago. All I did instead was put better pickups on it, so now it sounds the way I imagine a Strat is supposed to sound. I'm glad I still have the Strat.
Last edited: Apr 24, 2022

johnny k said:
I have played it twice, i don't know how to play a V sitting down without my left arm getting tired.
Click to expand...

If you want to play sitting down, why did you buy a Flying V?

soundchaser59 said:
If you want to play sitting down, why did you buy a Flying V?
Click to expand...

because i was drunk, and it looked good.

johnny k said:
because i was drunk, and it looked good.
Click to expand...

does it inspire you to play more if you stand up and crank it?

Some people say “I’d never spend that much on a guitar. I can’t tell a real difference between that and my parts caster.” Or Squier. Or MIM. Or whatever they happen to like.

To those people I say “then you have the right guitar.”

I would never spend the money I spend on guitars if I couldn’t tell the difference between my PRS and a run of the mill whatever. I wouldn’t do it. It would make zero sense. Guitars aren’t status symbols to me, they’re tools. I like good tools. Maybe some people really can’t tell the difference. Maybe it’s just sour grapes. I don’t know.

What I do know, is that I can tell the difference, and it’s not subtle. So I spend the money to get what I really like. I buy a lot fewer guitars than I used to. But they’re much higher quality and are all “keepers”.

My tele or guild archtop - I’d pay double to replace. I’d sink money into fixing them.

soundchaser59 said:
does it inspire you to play more if you stand up and crank it?
Click to expand...

Thing is i never play standing up nor plugged... I am pretty sure at some point i will try that though.
D

I've been a guitar player for years. A Keyboard player for more than that, a sax player for longer than I've played guitar and a bass player for a couple of years.


I have a piano I like, a B3 I like, a Korg Kronos and a PA3X I like, a couple of saxes I like and a couple of basses I tolerate.
But I can sit down at almost any piano, certainly any B3, and be fine. When the new Korgs come out, I'll probably buy one of each just as I do an updated iPhone or iPad. I like to break in a new sax so that the pads are settled, but I don't have an emotional attachment with any of the aforementioned, nor the basses.

Make no mistake, I like my guitars and have over 50 of them, and I have my very first guitar. But I don't name them or sleep with them or venerate them. I don't think it's disrespectful to typify them as, "That's an LP with P90s" or "That's an old tele." I have some that were stupid expensive (if numbers over $6000 qualify) and some that were around $200 and that required a PLEK job (worth more than $200) to get them where I wanted them. I've got a stack of Gibsons and have kind of lost interest in Gibson as a brand, and I never really cared about Fender as a brand and don't care a lot about brands in general.

So if the OP thinks all of that is disrespectful, then there you go. I'm one of those.

unixfish said:
Wait! What!? You can sell your kids? Why did nobody tell me? I could have saved thousands!
Click to expand...

When my daughter and son were 11 and 8 years old respectively, my former wife and I took them to Disney World for the first time. This was over 35 years ago, long before FastPass, during Easter break, and the lines were 1 to 2 hours long.

This was also the time when time-shares were being aggressively marketed. On one line, when both kids were acting like arguments for retroactive vasectomies, I called out to the other people in line, “Enjoy the joys of parenthood for two weeks every year! Time-share these two lovely children. A girl, 11, and a boy, 8! A ready-made family for YOU!”

The adults in line laughed a lot. One of them shouted back, “How much does it cost?” I yelled back, “Not a penny. In fact, I pay YOU!”

Those kids were good as gold for the rest of the trip.

Yes there are some guitars you bond with more than others- I have come to believe many are different but each tends to do something well-its hard to pick out "better" a lot of the time. I tend to like whatever guitar I last played

I'm at an unfortunate place where I value the guitars I have for various reasons and can't part with them.

The guitar I'd trade most of them for is my late grandfathers 70s mustang. For practical and sentimental reasons, if I could locate that thing, I'd probably part with nearly double it's real monetary value either in trades or cash.
You must log in or register to reply here.

UV/black lights, do you use them to look at your nitro finished guitars?

Squier has ended the Signature Artist series. Do you have any Squier Artist teles?