I found an interesting thing today. My TS5 is the best sounding tube screamer i have had of about 7 or 8 clones and and ibanez. Theres just something about the mids where it's not as nasally and theres a low mid girth there too, and it's just a bit richer, smoother and fuller sounding. Every time i plug in others they always fail to match it. Not a huge difference but enough that they aren't as satisfying.
So anyways i got a couple behringers recently, a chorus and a TO800 tube screamer clone. Same deal in the mids on the TO800. So i looked at both circuits and found the only difference in the tone circuit is the TS5 had a tantalum cap coming off the tone pot wiper where as the behringer uses a electrolytic. So i took the tantalum out of the TS5 and output it in the behringer...and there it is. Same girth and richness as the TS 5 had. Cap types CAN matter. Maybe not always and maybe not a lot, but they can. And measuring them they were much to close for any tolerance differences to have caused it. 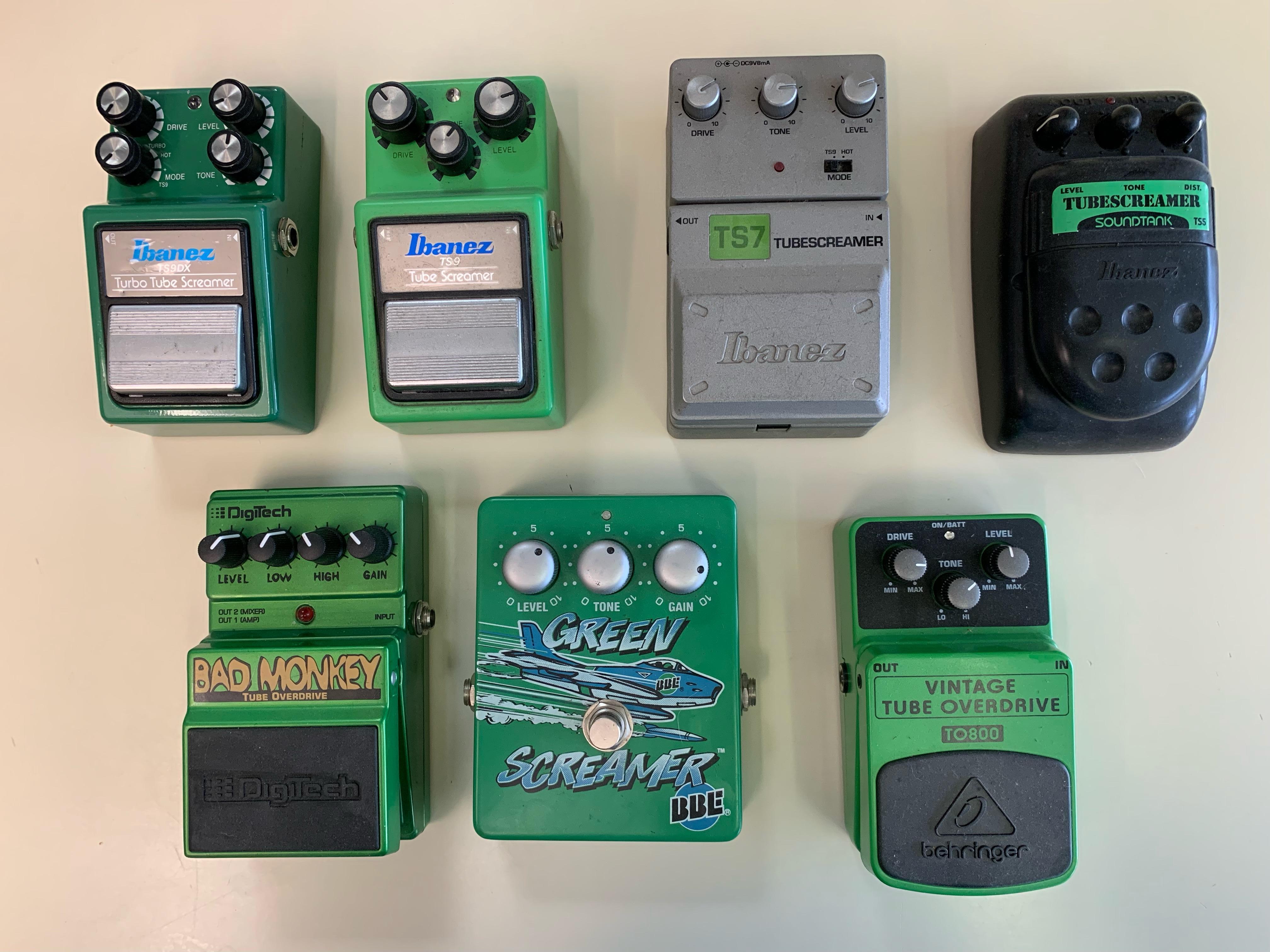 Bought my first TS 20+ years ago then spent the next 15 years trying to convince myself I don’t like Tube Screamers. The Wampler Clarksdale is now my main OD. I have three of them. Two on my main board and one on a small board.