But tell us how you really feel!

Leo's guitars have some flaws too, but I'd never dump on them like that. And one person's "flaw" is another's "feature". EX: those break angles you speak of contribute to the guitar's sound. And for the record, I've never once broken a Gibson string at the bridge. We could dissect the remainder of Gibson and Fender "flaws" vs. "feature", but I won't.

NWinther said:
Not to be a sour cranky Scandinavian...but in my many years as a guitar/bass tech....Made in US often means trouble quality wise, there is always something..... not that most did not sound great and what not...but the work quality done is often dodgy at best.
Click to expand...

That's a mixed picture. Some "American Made" quality is very, very good. Most even. Great attention to detail and quality. But it raises costs too vs. off-shore labor.

Some poorer quality stuff is made by disgruntled workers who just want to get through the day. Uncaring corporate management and workers respond accordingly. It does seem to be (generally) specific to certain manufacturers... but in Gibson's case, I wonder if it's even coming down to specific managers who pay more or less attention to what's coming off the line of what's still a mostly hand made product.

NoTeleBob said:
But it raises costs too
Click to expand...

Well there is the whole deal.......
Really good stuff costs money and cannot really be mass produced.
Anyways have never met any Gibson made guitar that did not require something.
Or I would defently have remembered it....

my formative years playing guitar were during the 1970s; yes, I am actually a dionsaur.
I was exposed to 1970s Fender & Gibson guitars; why? Because that is what was being sold during the 1970s.
First impressions can typically go a long, long way and when it comes to boat anchor heavy guitars that have subpar quality then well, you know the drill. When this happens you gotta look else where.

I eventually switched to MIJ; my first was a mid/late 1970s Ibanez Flying V, copy of a 1967 Gibson.
That one guitar told me a LOT about MIJ guitar price point to quality ratio.
It also told me a lot about the price point to quality ratio of USA made guitars, which was not at all good.
The experience was nothing short of an epiphany and I ultimately left the USA made guitars for others to grovel over.

I am fortunate that I had such an experience; many never have. I am one of the lucky ones.
Last edited: Jun 17, 2022

NoTeleBob said:
But tell us how you really feel!

Leo's guitars have some flaws too, but I'd never dump on them like that. And one person's "flaw" is another's "feature". EX: those break angles you speak of contribute to the guitar's sound. And for the record, I've never once broken a Gibson string at the bridge. We could dissect the remainder of Gibson and Fender "flaws" vs. "feature", but I won't.
Click to expand...

I wonder how Les Paul himself felt about Telecasters?

Conveniently, I happen to have him right here. Let's ask him...
Les. Be honest. What is your favorite guitar of all-time? And it's okay to say "Les Paul" if you really feel that way. Well, in fairness he didn't actually design the "Les Paul" -- he merely licensed his name for Gibson's design. But I'd say we have a consensus here at TDPRI.

Will you tell Apple and Lexus or shall I?

(Spoiler alert: Neither are made in America either; one is made in China.)

That teeny switch...
1) Is that a coil tap(in such case for which pickups?)?
2) Is that an after-market mod?

Yes, the mini switch is a coil splitter for the dimarzio dual sound pup, the popular super distortion pup of the day, with an extra wire. Works well, and yes, after market install

I've owned two LPs and two 335s. The two LPs were/are flawless. One of the 335s is perfect. The one 335 that was flawed was bought through a GC in Charlotte (Matthews), NC. It was the third one I took home because the first two (all made in Memphis) had irreparable neck issues. The one I kept (a 2012) had issues, also, but I thought I could live with them. After 8 years, I decided that I couldn't. I jumped through all of the necessary hoops to get Gibson to replace it, and they did, much to my surprise. They replaced it with a 2020 model (made in Nashville) that is flawless. I must say, Gibson's customer service was excellent.

Perhaps it was the management at the GC in Charlotte that sucked, but one of the replacement guitars was shipped directly to my home from the Birmingham store. It is also interesting that the guitars I brought back ended up back on the display wall waiting for the next sucker. I'll never buy from GC again. I fault them as much as Gibson. You expect them to protect the buyer instead of gouging him. I've concluded that if you buy off the wall at a GC, chances are good it's been previously purchased and returned by someone else.

Let me also say that I love Fenders and Gibsons. And as much as I love my 2007 AS Tele, if I hadn't found some excellent pickups for it, I probably would have gotten rid of it a long time ago. Now it is one of my favorites. I got rid of a 1999 AS Strat, because even though I switched out pickups, I never bonded with it. There is something about the feel of a well made Gibson that I don't get with any Fender. Maybe it's the weight, or the scale length, or the neck, or the fretboard... or the sound, or the power... I don't know. It just feels more solid... grander. Like comparing a stand-up piano to a grand piano, or a Ford F-150 to a Ferrari.
R

I’ve had 9 Gibsons including CS guitars. Two had a few cosmetic QC issues but were great playing and sounding guitars, one was a USA LP Special and the other a CS non reverse Firebird. A CS 336 had a nut that needed the slots to be cut down a bit more, but it was perfect otherwise.
One of my remaining Gibsons, a 2002 Melody Maker I picked up used for $360 a few years ago is one of the most amazing sounding guitars I’ve ever had. It’s the one with the Junior body shape and a single P90. And the build quality is awesome on it. I need to take a picture of it.

My other remaining Gibson’s are also super amazing overall, and a lot more expensive: 2014 Wildwood featherweight R7 and R4, 7.98 and 7.86 lbs respectively.

The R4 is pretty much perfect, but the G string is possibly cut a micrometer too deeply based on the 2nd fret nut height test. If I hit the G string open a bit hard there will be a bit of buzz more than I like, but with normal playing I don’t notice it.
The R7 has a few spots in the binding were the clear coat was scraped a 1/2 a mm too much, very common with Les Pauls as that process is done with a razor by hand; it’s not felt when playing whatsoever but only identified when examining the guitar like a forensic scientist, and considered pretty normal with Les Pauls.
Both are tone monsters I can’t see ever selling them. So there may be a Gibson with a flaw here and there but they can be such awesome guitars feel, sound and look wise that I don’t mind overlooking the nitpicking. All that I’ve had played and sounded great. If I got one mail order I would closely examine it, but that goes for any guitar really.

I don’t know if I’ve ever had a Fender that was completely flawless either. On a related note all of my Fenders: one Tele, two JM’s, and a Strat I’ve had to shim to make them perfect players for me. I do have an EJ Strat that is close to perfect except where the pickguard kinda lifts away from the body, where it could probably use another anchoring screw.

Btw the only guitar that I have that is absolutely perfect, like I can’t find any flaw whatsoever is my MIJ Gretsch Proline Black Falcon Players Edition.
Last edited: Jun 28, 2022

The one thing I find consistently problematic with any new guitar is the NUT. Oddly enough, it seems I consistently find better-cut nut slots on lower-end guitars than on higher-end. Maybe it is just my bad luck or higher expectations for a more expensive guitar?

Bought an American Pro II Strat last year and a Gibson Les Paul Studio this year. BOTH have issues with the way the slots are cut. Neither one buzzes, but they both have at least one slot that is just enough lower than the strings around it that it is noticeable and irritating.

In every other aspect, both guitars are flawless. 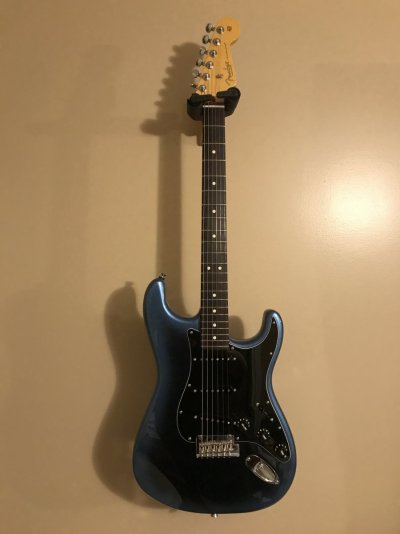 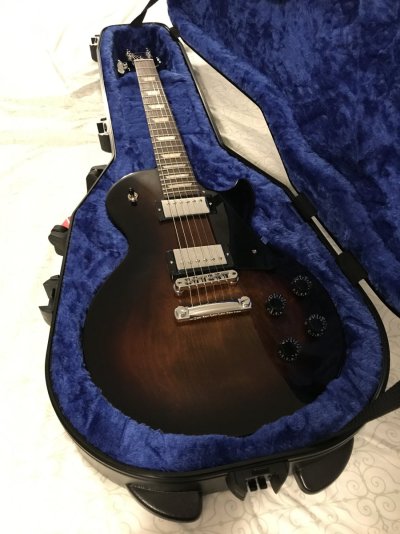 1 new and 3 new to me Epiphone Les Pauls

Will a new Gibson finish fade in sunlight?

S
In praise of the oft-maligned/underrated/misunderstood Jaguar...
2

Friday at 5:06 PM
Fretting out