The Band - The Weight

Truly one of the greatest bands of the 20th century , what perfect chemistry ! It's likely we will not see a band of their likes again . At least in my lifetime !!

Location
Between reality and imagination

There's something about how their music feels. Everyone is playing from the same sheet, at the same time. Top shelf.

I love The Band. Their second album is in my top ten for sure. What a great performance... They're not exactly leaping around, but there's such an energy in that studio.

I have tried to like the Band, but aside from a couple of great songs it just won't take.

I find the music over-thought, everything too serious and cerebral. Like you have to listen to it with a really thoughtful frown.

Love that version with the Staples, such feeling and emotion.

I like It makes no difference and The night they drove old dixie down. I have a tab book from Robby Robbertson with songs from the band with the Weight and the songs I mentioned, glad that I have it.

The Band’s second album got me through the summer of ‘75 in the middle of nowhere when I was 16. I was helping my much older brother (he was 28) build a cabin on his land in waaaaay isolated, West Virginia. He had almost no music there and most of it sucked, but he had one cassette with The Band on one side and CSN’s first album in the other side. I already knew The CSN album really well, but I didn’t know from the Band until that summer. I was there for about three months and I guarantee I listened to that album 200 times. It was all I listened to - to say I knew that album at a molecular level would be a severe understatement. Fell in love with it then, still love it now. Saw the reconstituted Band without Robbie Robertson in the early ‘80s - they were pretty bad, honestly. Saw Levon Helm and his band at the Telluride Bluegrass Festival in ‘81 and they were incredible. Missed em in their prime though.

Exceptional band, great song, that for me at least, has evolved into something close to a favorite classic hymn. As mentioned, adding the Staples was just perfect. I also love the Rock Of Ages version; what a great recording that is. One of the best live recordings period.

My favorites were
The shape I'm in
Cripple Creek
Chest fever

Location
South of the Border, Australia

As an 11yr old went to see "Easyrider" when it came out here, the only music that really "wowed" me was this song. Couldn't figure if it was country/rock/folk or any category I knew of at 11, I just knew I LIKED it. Being from a small cowtown in that era, music access was limited, would be another 5 yrs before I even heard of The Band or their music.
Love playing the Weight, and it still "wows" me 50 yrs on.

I hope everyone has had a chance to check this version out too... 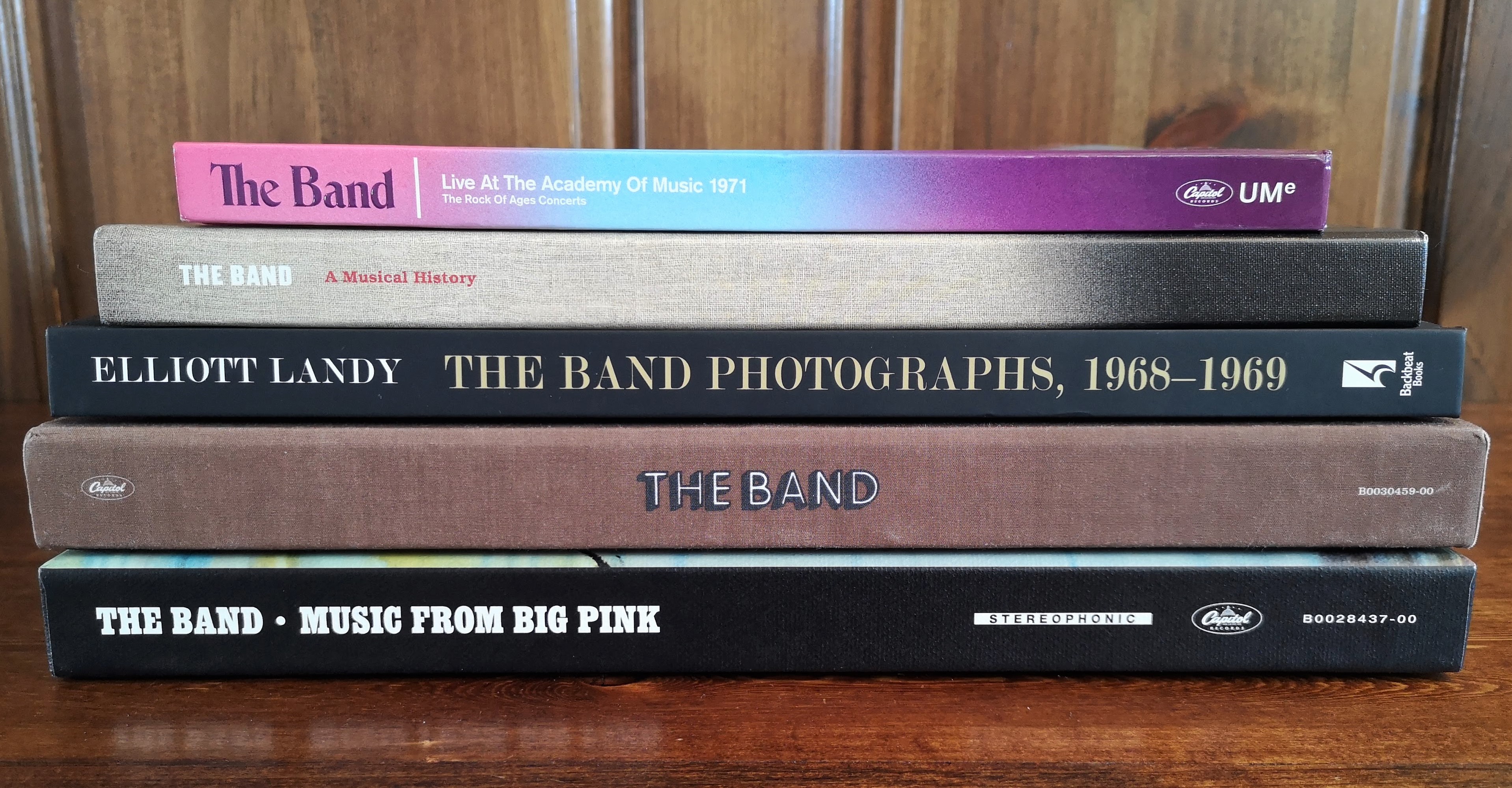 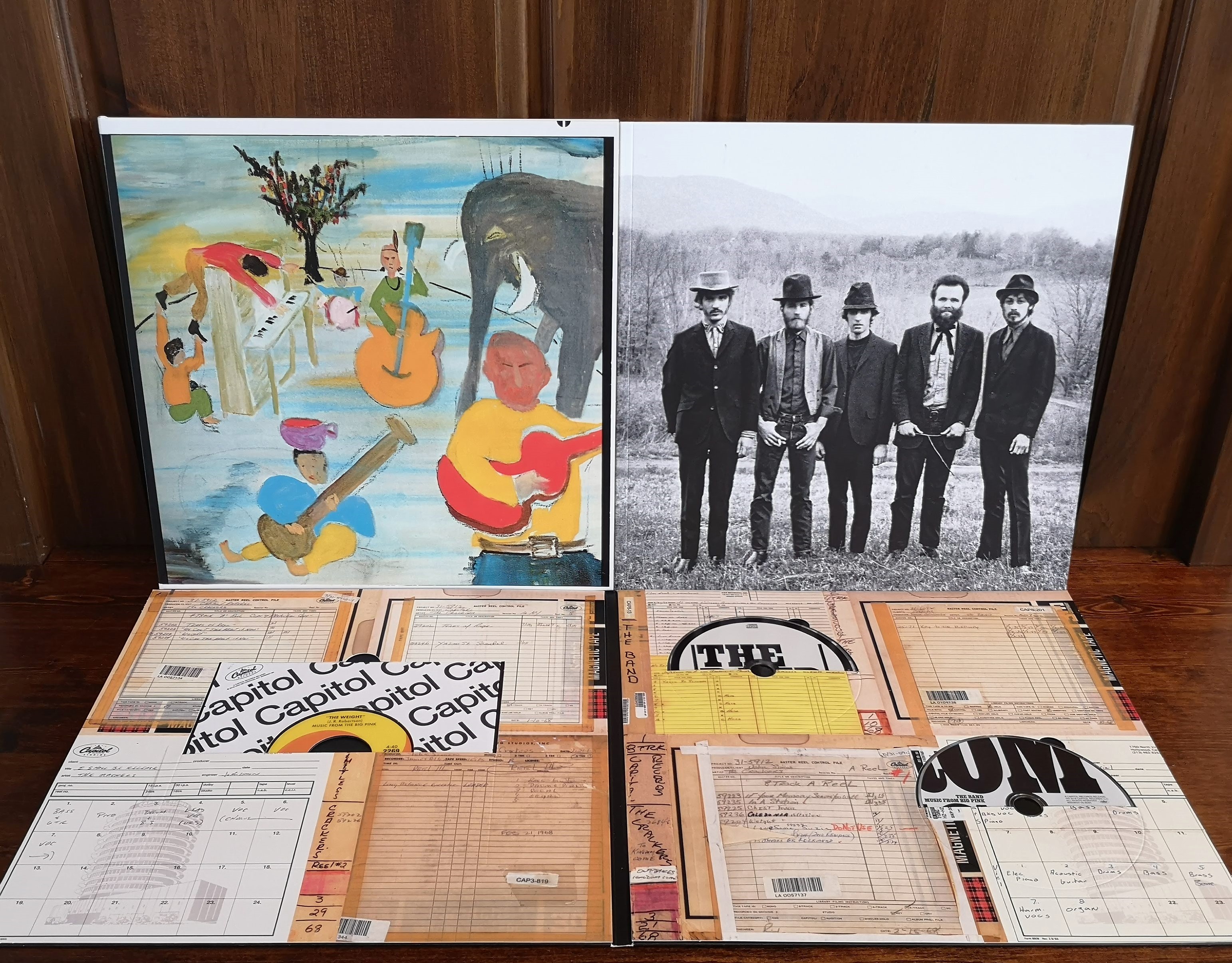 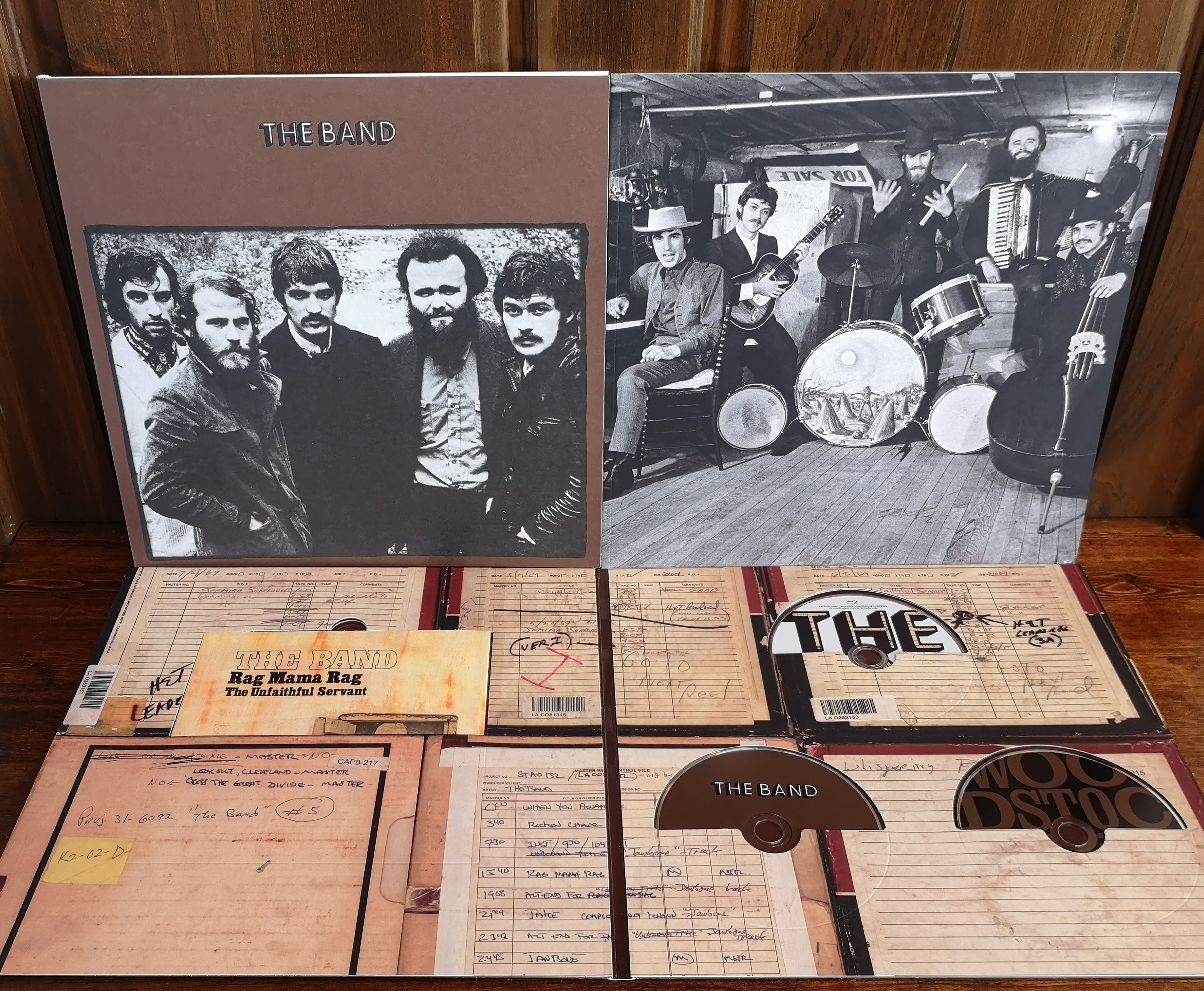 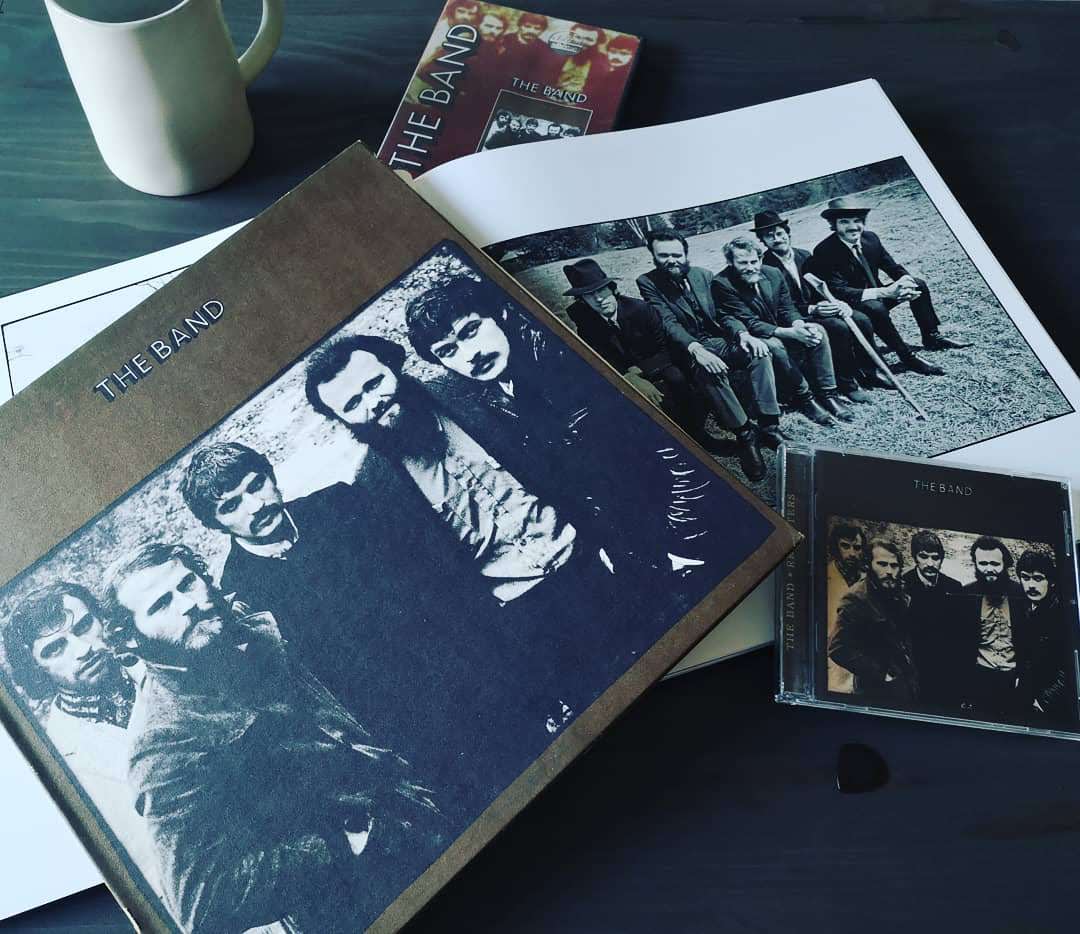 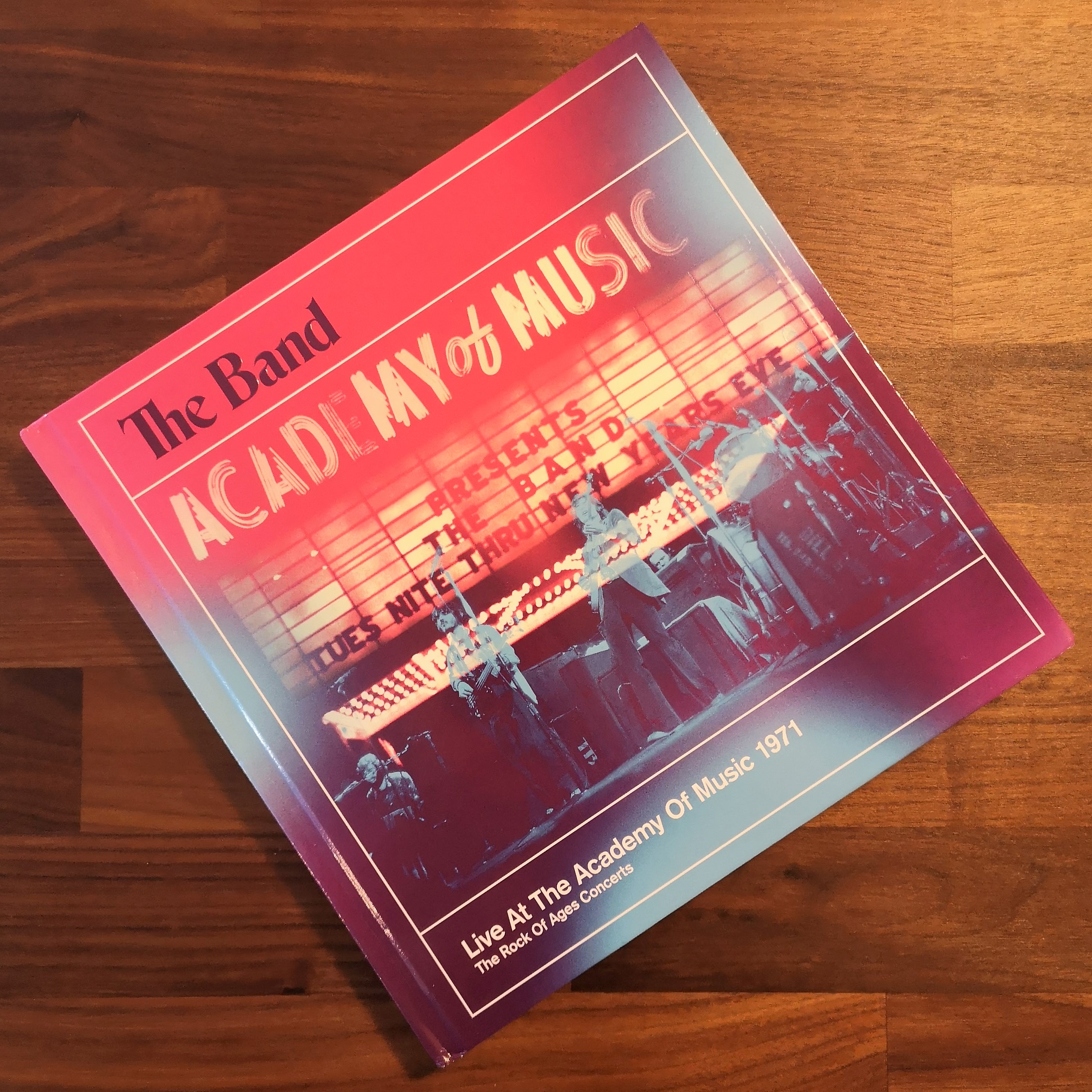 uriah1 said:
My favorites were
The shape I'm in
Cripple Creek
Chest fever
Click to expand...

I need to revisit " The Shape I'm In" just a great 'urgent' beat and a bridge that momentarily reigns things in...

I used to sing it in my first real band back in 1990, but time passes, good songs come and go.

Richard Manuel's voice was perfect for this one!

The Band... where to start. Rock of Ages just may be my all time favorite album.

I am lucky to live in Northern Jersey because of proximity to Woodstock and had seen Levon and Rick many times and the various sort of offshoot bands and groupings... Woodstock All-Stars, Honky Tonk Gurus, Crowmatix, Ollabelle, and so on.

I love The Band’s music and I am a fan of the 1990’s iteration of The Band as well and think Jubilation and Jericho were really good albums that sit well with the output from the original quintet.

The Band’s first 2 albums were remarkable. Especially at the time. Remember that in the late 60s everyone was waiting for the next new music from Dylan. There were all these rumors of demos and when Big Pink came out it was a revelation. Rockers and Folkies were drawn to this. It was an epic point in the music scene. The flame out was equally epic. Sure there were a handful of great songs and the Last Waltz was (and is) one of the greatest rock documentaries of all time. The version of The Weight from the movie introduces a lot of white folks to the Staples and Mavis. The blend of the Band and the Staples is glorious. The recent Weight video shows how the song is truly a phenomenon. Play it around a campfire and everyone will help you with the chorus. Sorry to be so long winded but the Band’s music has gotten me through tough times in life and this thread hit a nerve. I’m going to watch the Last Waltz today.

The Weight Band has been actively touring for several years now and they put on a terrific show.

It's not the original, but they really do a great job and have released albums that remain in the tradition of the original band.