That one time when you really messed up.

After landing in the eye of a hurricane to do rescue in the Dominican Republic realized that the airport pavement was too soft and my 300000 pound aircraft was sinking.. Made a very quick combat offload and got out of there . Was running up engines to Takeoff and realized still needed the before takeoff checklist.

I'd rather list the times I didn't really screw up.

But I'll have to sit and try to think of one.

One time? Ummm if the day ends in “y”? I am usually choosing wrongly.

There was a guy named Harry Crosby. During WWII, Harry was a navigator on a B-17 bomber in the 100th Bomb Group, flying out of England. He flew in the nose of the B-17, working at a little table at the windows you see in the picture below: 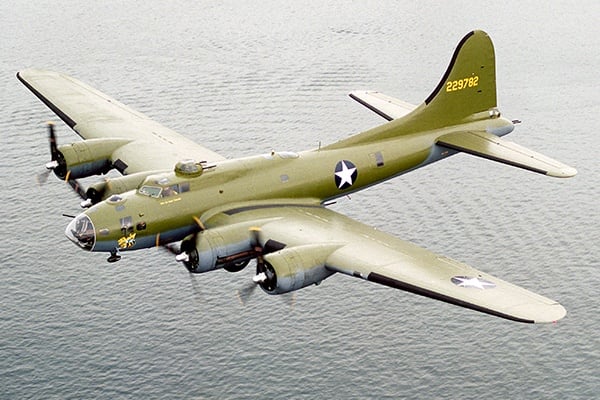 Harry was so good at what he did that he was made the lead navigator for the 100th bomb group. He lead every major mission the group flew, the furthest north, south, and west from their base. He survived from the beginning of the Group's involvement in the War to the end of the War. He rose to the rank of major and developed a system to train new navigators as they were assigned to the group.

Did I mention that Harry was prone to extreme airsickness? While he was flying missions he carried a spare briefcase full of airsick backs. However, he discovered that as long as he concentrated on the math that was necessary to lead hundreds of bombers to the target and back, he didn't get airsick.

After the war, the Army Air Corps brought him back to the states and assigned him to train other navigators. On his first training flight he got airsick and started filling his airsick bags. The other persons in the nose smelled the brew and got airsick as well. There's a little 4" round vent hole in the nose bubble of the plane that is adjustable keep the heat in the nose under control. The breeze from that little hole carried the smell up to the flight deck, where the two pilots and the top turret gunner rapidly got airsick. The smell of their ejecta carried through the bomb bay to the radioman's room, where he added his own puke and pungency to the brew. That carried aft to the two waist gunners, the ball turret gunner, and the tail gunner. Soon the entire floor of the plane was afloat in puke and the eleven men aboard were on the verge of being disabled.

Cursing Harry, who was the highest-ranking officer in the crew, the pilots turned the plane around and struggled back home where everyone piled out into the grass and lay, feeling horrible. That was the end of Harry's training career. He left the service and went on to teach English Lit. at a University. You can ready his account of his exploits, A Wing and A Prayer.

You have never smelled puke until you've been out on a day fishing boat off the coast of California! I was on one of those one time where the only guys who didn't get sick were the captain, and the bait boy. I saw a guy shrink from the top down like an accordion folding upon itself puking in every direction of the compass, possibly all at once. There were around fifty people on that boat. At one point, I'm sure I could taste the soles of my boots in my mouth.

A policeman snuck up behind me and grabbed me from behind when I was busking somewhere I shouldn’t have been busking and was on an extremely large amount of, um, something commonly found on Dead tour at the time. I immediately spun around and bashed him on the head with a guitar rendering him unconscious. I felt bad because I later learned he was about to retire in a week. They went easy on me because he didn’t identify himself before grabbing me. Did a couple of days in county and 3 years probation from that 1.

Not serious in the grand scheme of life but for a teenager and his most valuable possession it was near traumatic.

Summer of 1976. I had just gotten my first Fender Stratocaster, after lusting for it for months. This happened maybe three weeks after I got it.
Was sitting on the edge of my bed (a water bed, lol) playing, not plugged in. Set it down to go do something, so it was laying there flat (face up) on the edge of the bed.
Came back in my bedroom and was going to sit on the other side of the bed from where my guitar was so I could look at my records on the shelf.... as I was in the motion of sitting down on the bed I realized it. I couldn't stop myself, was already in motion.
The wave my ass generated shot my guitar off the bed, it did a 360 flip in the air and landed out of my view with a "thunk."

Damn near had a heart attack.

I hesitated a bit as I went to the other side of the bed to see the damage. Saw my guitar sitting in the case, perfectly placed like I had set it there. Picked it up, strummed a chord, not even out of tune.

The relief was enormous.
Last edited: Jul 23, 2022
You must log in or register to reply here.

Spur of the moment Road Trip by an old couple—us!
2