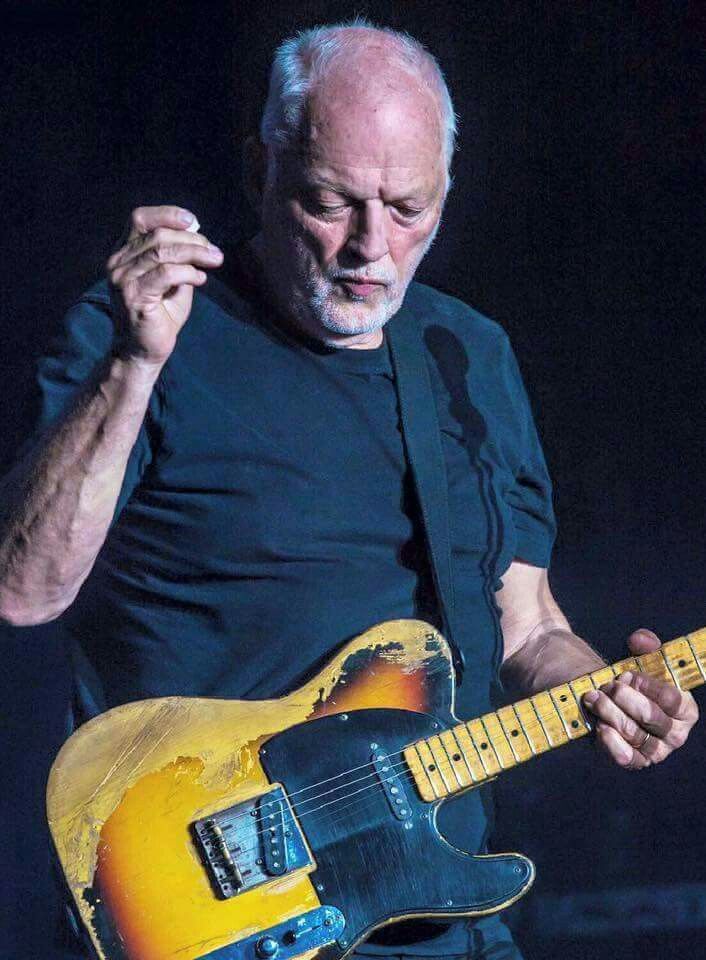 Is that a strat pup or is the cover removed from a tele neck pup? It looks kind of small to be a strat, but that could just be me..

I built this one just so I could put a strat pickup there, it sounds great.

Kurbmaster said:
This had been done to my '60 Tele when I got it in the early '80s and changed back to the stock neck PU when I got it. I always wondered what it sounded like with the bridge PU in the neck position. Care to describe it? Thanks.
Click to expand...

Basically I consider bridge pup in neck position is a last final fix of the tele design, after individual string adjustment bridge or compensated bridge and locking tuners installed. I have a shrill and brittle ceramic pup in neck position, unlike on the picture where an alnico is visible. The shrillness and icepick is disappearing in neck position, but it still chugs 95% tight when palm muting compared to a bridge single coil in a strat for example, very decent attack and pleasant round sound. It is quite hard to tell what is it like, but the closest is probably a P90 in the neck position. What is amazing now the middle position, rich fullrange sound, quite even low/mid/high, I use in-phase series wiring.
Z

I have two in mine. It’s an American pro body and WD baseball bat neck.

The neck PUP still sounds very Tele though. All are Fralins. Blues Special in middle and bridge, vintage hot in neck. Love it! It’s my Gilmour/Hick machine!

Why stop at two? 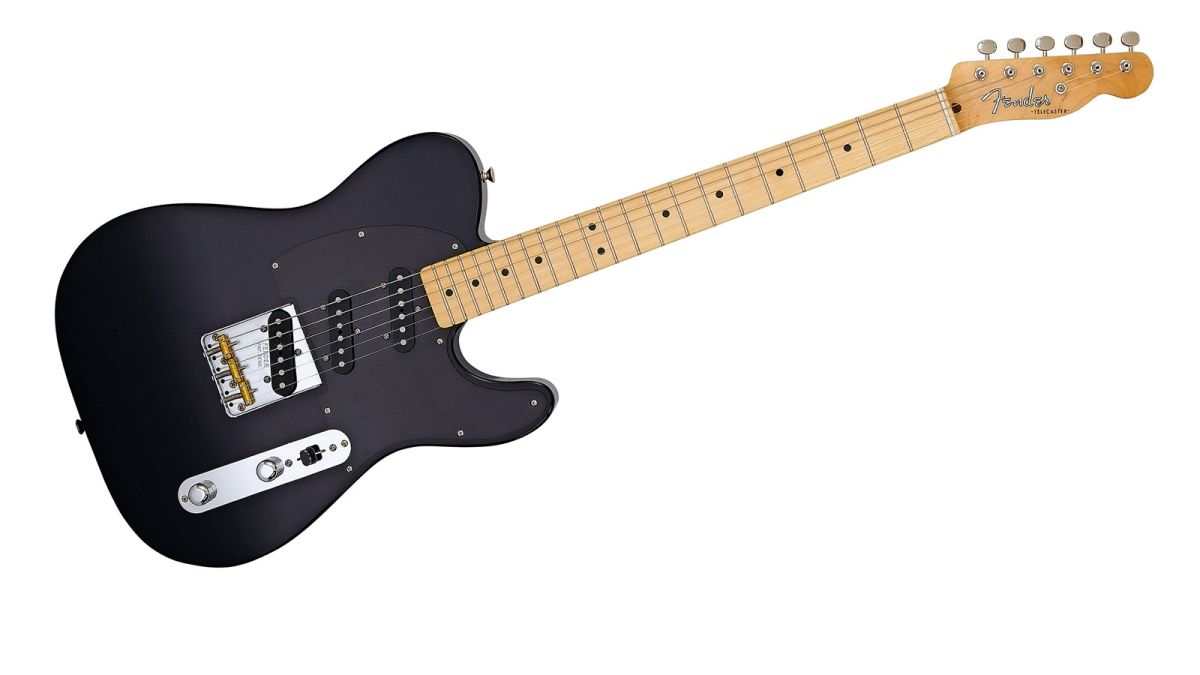 guitfiddles said:
Thanks for the article. I genuinely would have liked to have read it but it has a redirect to a full page scam ad saying, “Congratulations, blah blah blah…” and I went back to the article and couldn’t read a full sentence before being sent back to that ad again. I tried about 5 times before giving up and just closing the site. What a shame.
Click to expand...

You might go straight to guitar.com and use their search function entering “Clarence White”. That article will pop up at the top of the list.

I posted the link from my phone and no telling what mischief that embeds itself on that path. It’s really a good article about Marty Stewart - and how he became the custodian of an amazing guitar.

My #1 electric has a strat pickup in the neck (a Rose Victoria with A3 magnets), and a Cavalier Oildale in the bridge. This guitar easily out-strats my strat, and out-teles my other teles. It's my #1 for a reason!
Z

I did this with my Esquire back in the '70s , it was ok but I still used the bridge pup the most . This Esquire had been used a lot and abused a little ! By the late '70s I had it restored and removed the Strat pup . This Esquire sounds so good , it doesn't need a neck pup , never missed it . But try it and be the judge yourself , a lot of people like it, I'm just an Esquire guy !

I did it to an original 1969 Thinline after the neck pickup failed and I wound up putting a DiMarzio FS1 strat pu in the neck. That original Tele neck pu had always driven me nuts because the output was very low compared to the bridge. After installing the FS1 I had to lower it all the way as is a pretty high output pickup.

I loved the very full low end and touch sensitivity when using this pickup. Was able to get matched loudness between the bridge and neck pickups which delighted me.
B

I couldn’t justify the cost of a Nashville Deluxe so I made one up and was very happy with the way it turned out, felt and played very smooth

I have a Jerry Donahue tele (Made in Japan) that has a strat neck pickup - I have a Cavalier Fat Lion bridge and Cavalier SRV neck pickup in it, with a 5-way switch and sometimes I wonder why I own other guitars it sounds so good.

I absolutely love mine and can’t imagine going back:

I did that, if you take the cover off a strat pickup it fits perfectly into the neck position and for me is a perfect match made as neck is my fave strat pickup and I’m not a huge fan of tele neck pickup preference is middle position on tele.

Danman said:
I had a Strat pick up in the neck position of my 71 Tele for a while. I could push it in the hole tightly without making the hole larger. I did have to file a little bit off the edges of the baseplate of the pick up. But not much. Sounded great.
Click to expand...

No, that's an uncovered strat pickup, I have same in mine

Squiretele777 said:
I'm thinking of putting a Strat Single Coil Pickup in a Tele, neck position. I know I have to ream the hole out for it to fit, just wondering if anyone has done it? I love to try different things on guiI just took
I just took the cover off of a Strat pup and wiggled it up through the Tele hole then drilled holes for the screws. Later I reverted to Tele pup from Stew Mac.
Click to expand...

I built one with a strat neck pickup, it sounds really good. colin humphrey said:
I have a Fender Jerry Donahue Tele 1992 with that and the 5 way its great, neck no tone , neck with tone , bridge and neck in parallel , bridge and neck with , cap / resistor network and bridge . Fender drawing on the net somewhere !
Click to expand...

And the JD Tele has a strat pickup at neck of course. Funnily enough, I got hold of a JD Tele neck also from 92 I think, and bolted it to my Tele partscaster. This has quarter pounder at bridge (about 14 kOhm) and a nice powerful strat pickup at neck, a Yorkshire Jack (about 11kOhm), made by AxesRUs. Then I have a five way switch to give bridge only, b+n in parallel, b+n in series, b+n in series + resistor, then neck only. It also has a TBX in place of tone control, and a switch to engage a WDMusic Tone Choke, which has the effect of taking those overwound pickups and making them sound more like a traditional tele.

So, yes, a strat pickup works amazingly well in a Tele. For me, I found a Tele pick guard with strat pickup sized hole, also from AxesRUs.

I don’t know if you’ll need to rout a bigger cavity though as this already had a larger one from when it used to have a humbucker in a previous incarnation. DeanoSonic said:
I took the metal cover off one of my Tele neck pick ups and it cleaned up a lot. Looked fine and sounded good enough to keep it as is. You may get different results depending on your pickup. Tried a Strat pick up years later in the same guitar and it too sounded great.
Click to expand...

The tele neck pickup is voiced for the metal cover, taking it off changes the tone. A strat pu coil is larger, wider, so that shifts the tone darker. Removing the metal cover from a tele neck doesn't make it sound like a strat pu in that location. The tele neck coil is taller and much narrower thaN a strat coil. Taking the metal cover off makes the pu too bright even though people claim metal covers in general only reduce output and not high end tone
Last edited: Nov 15, 2022
You must log in or register to reply here.

M
Strat Pickup on the Neck
2