Ok, I'm calling it. Yesterday was the last day we will have any snow for the season dang it.

But old man winter does not give up so easily in Michigan. However, as past records go, we
should not see any more snow until next season.

All the harbingers of spring are here. Robins have been back for over a month, frisky squirrels,
brown thrashers have returned, as have huge flocks of red wing black birds and grackles.

We have had about 6 wood ducks show up so far, with more to follow. The Indigo buntings, eastern bluebirds,
rose breasted grosbeaks, and hummingbirds have yet to show up from their wintering grounds, but they
should also be here by the end of the month. Morel mushrooms should be coming up in a week or two.
Yep, spring is finally here. It's about time.

Almost 400 veggie plants growing in my greenhouse waiting for the 2nd week of May to get them in the garden. 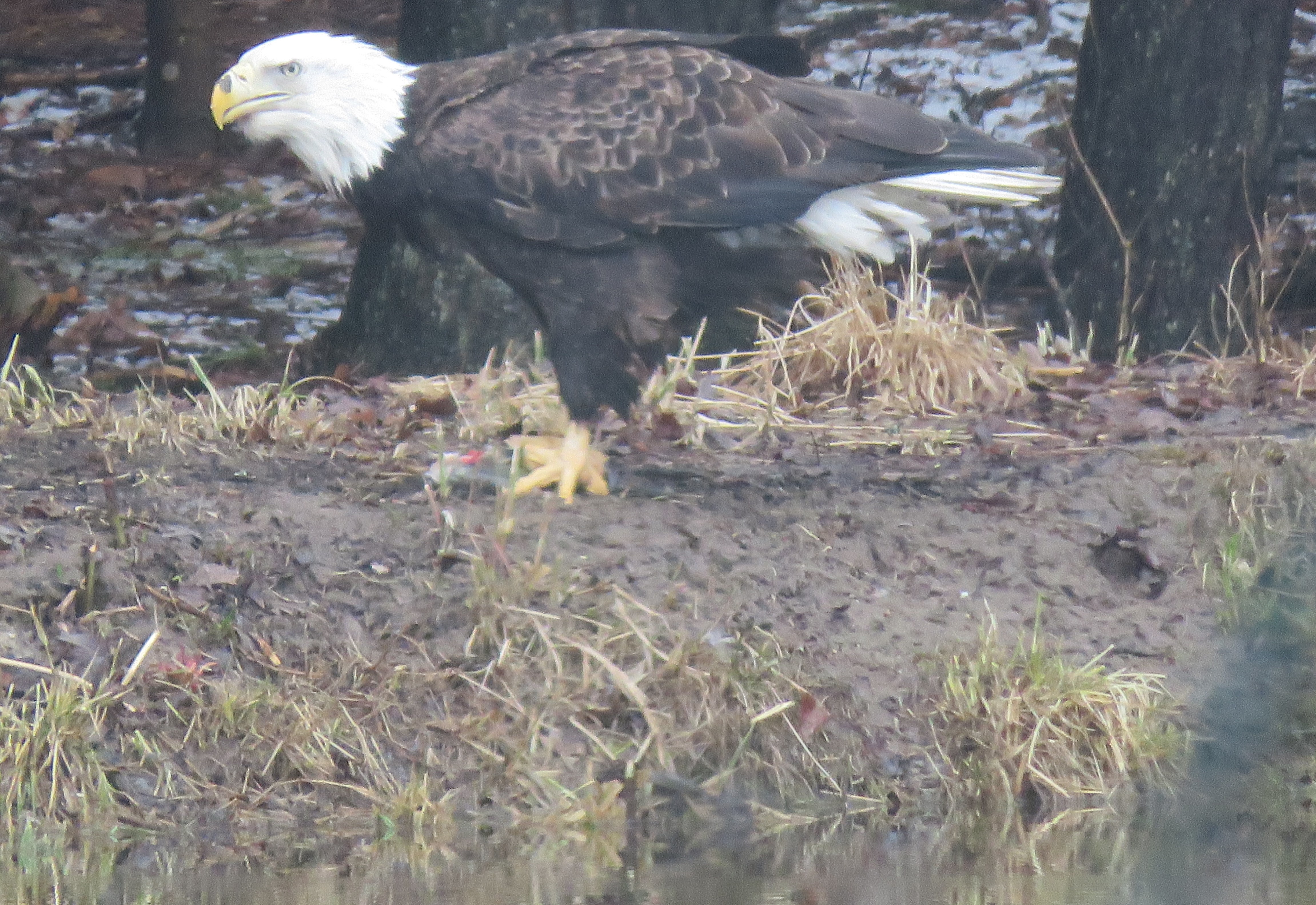 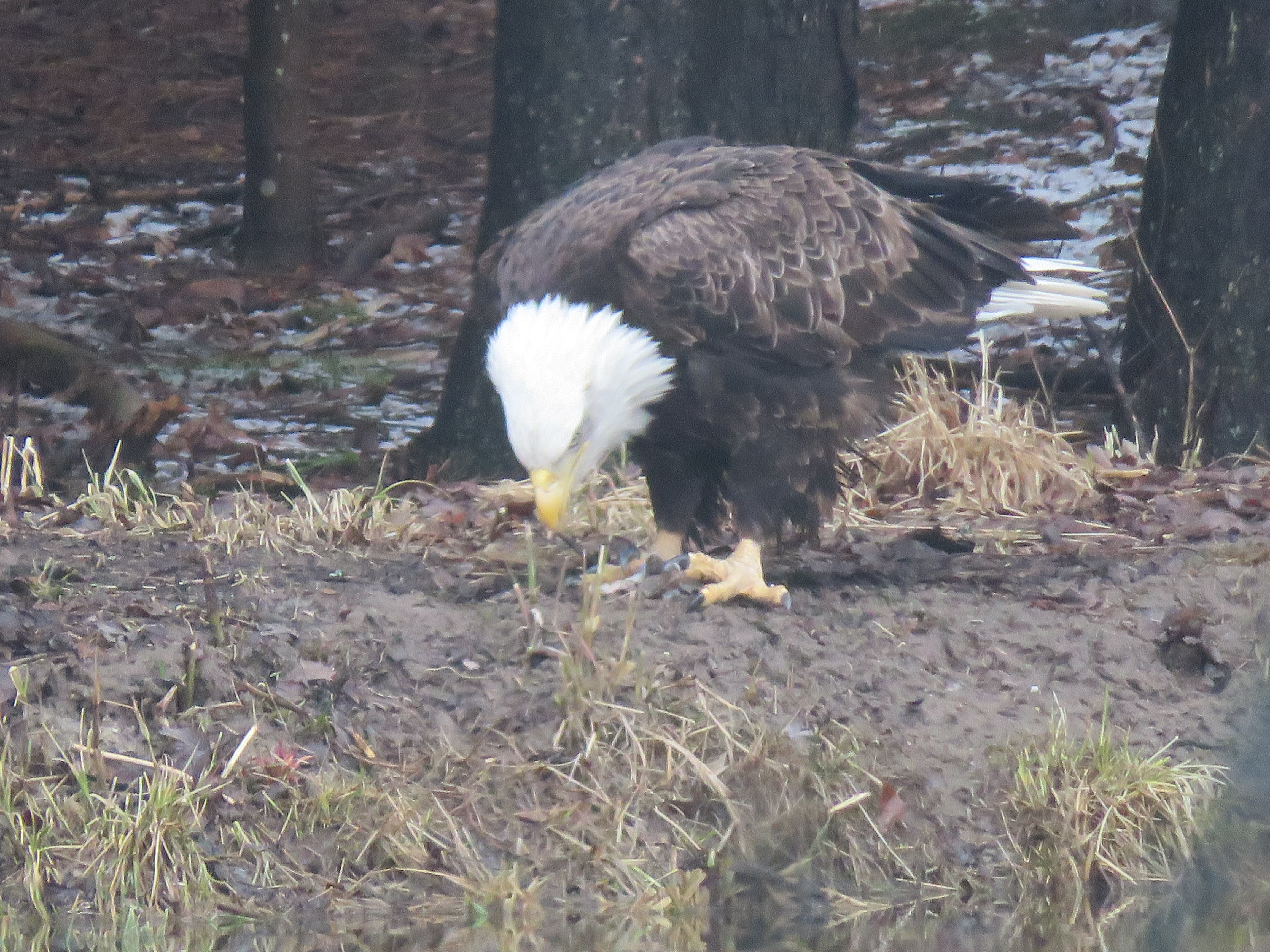 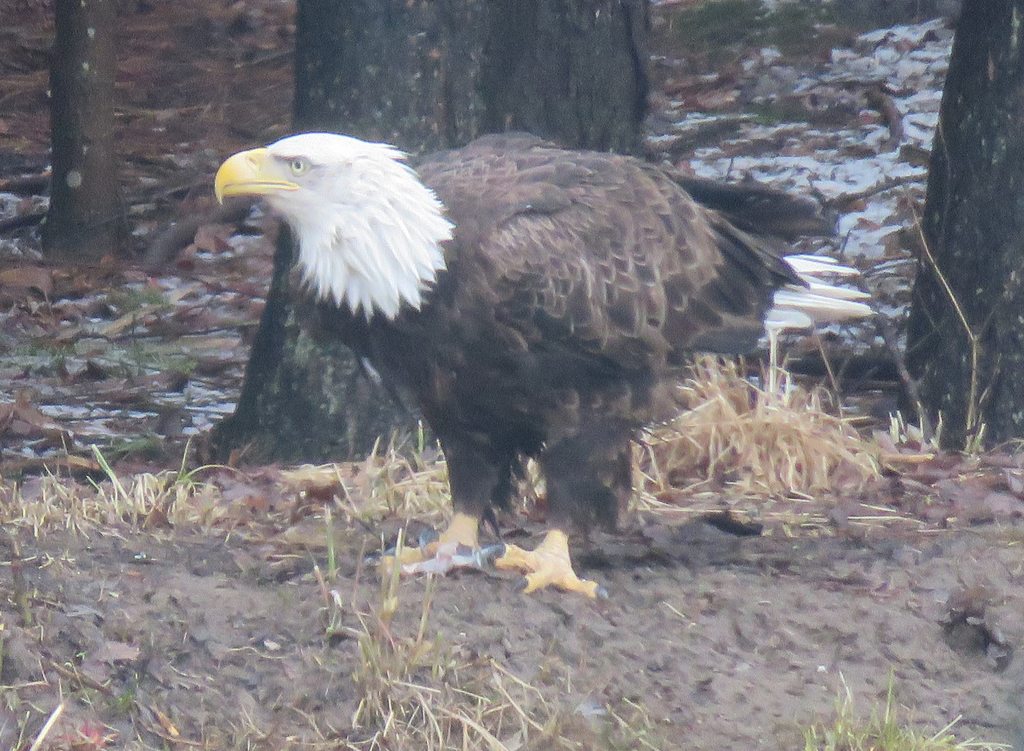 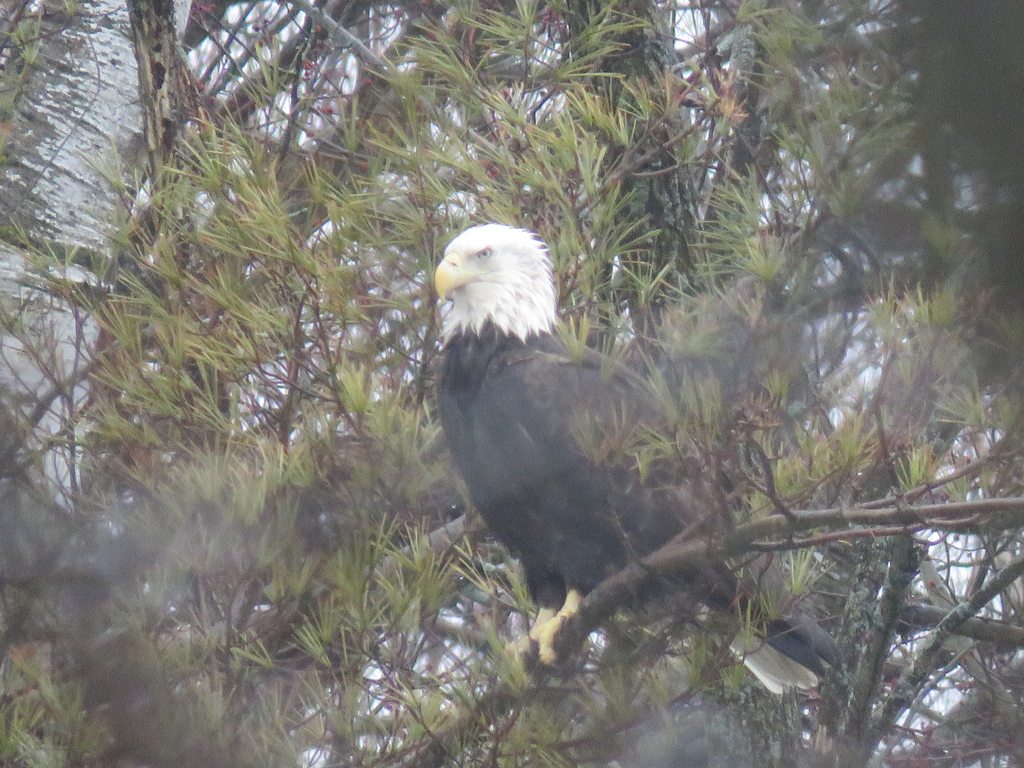 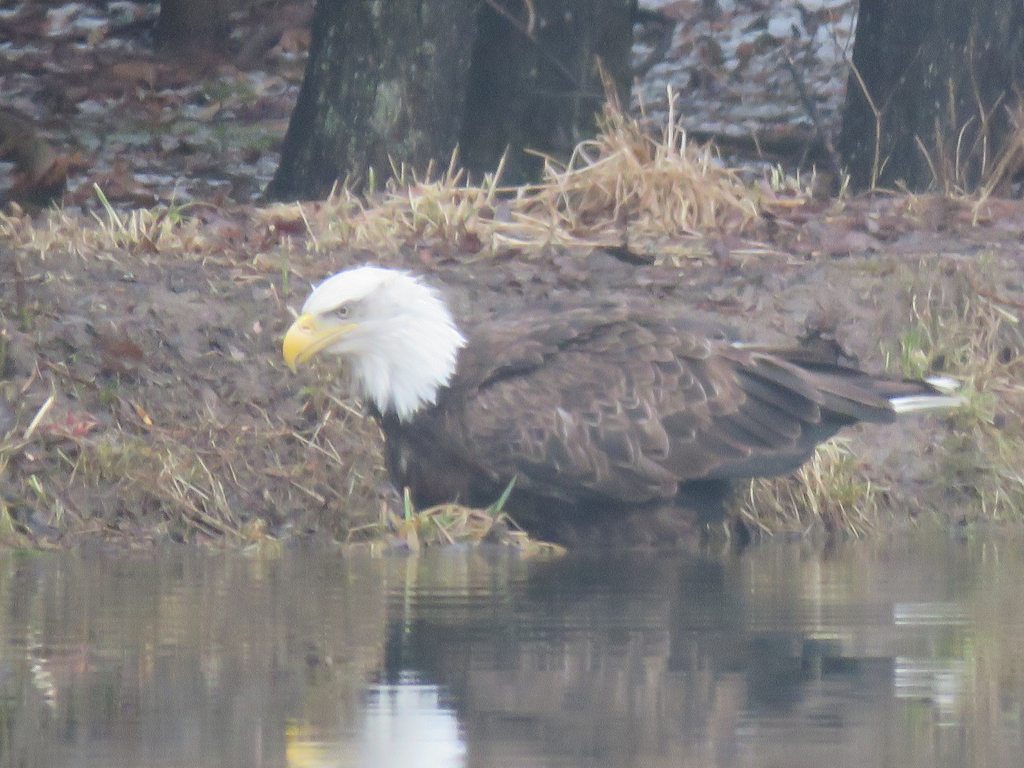 What's better than an Eagle showing up for some pond pics?

Yesterday was the first time we've had two show up. Cool beans.
Every spring I lose a few blue gills when the ice goes, and these
majestic birds get to them before the raccoons or crows. Sharp eyes. 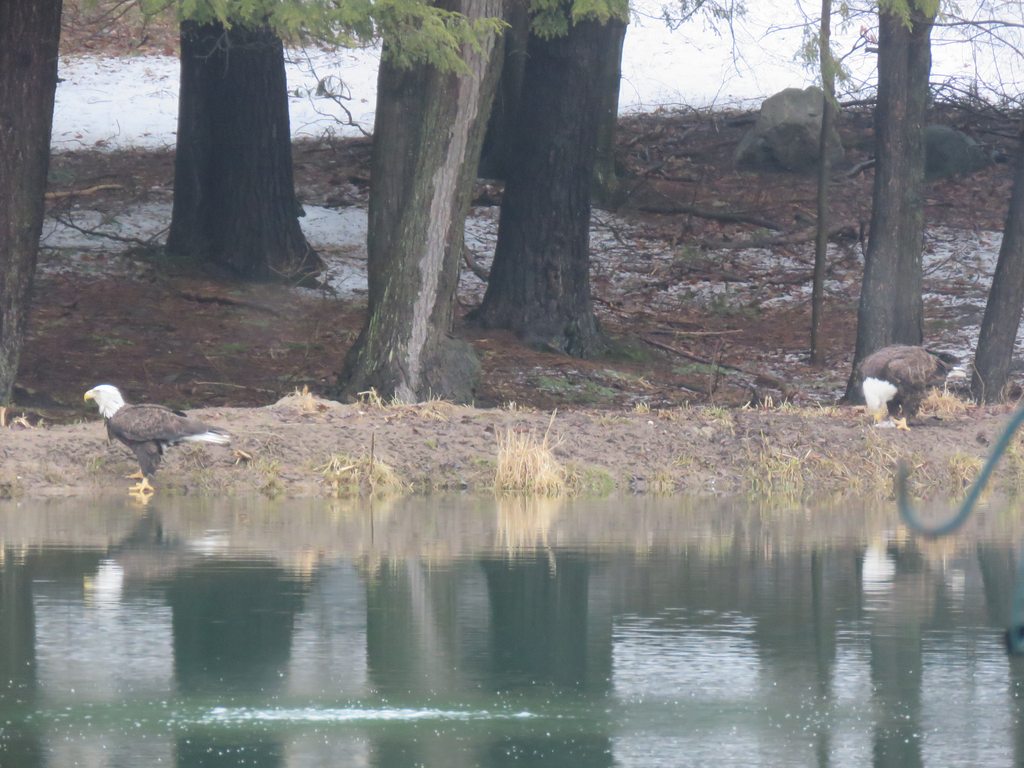 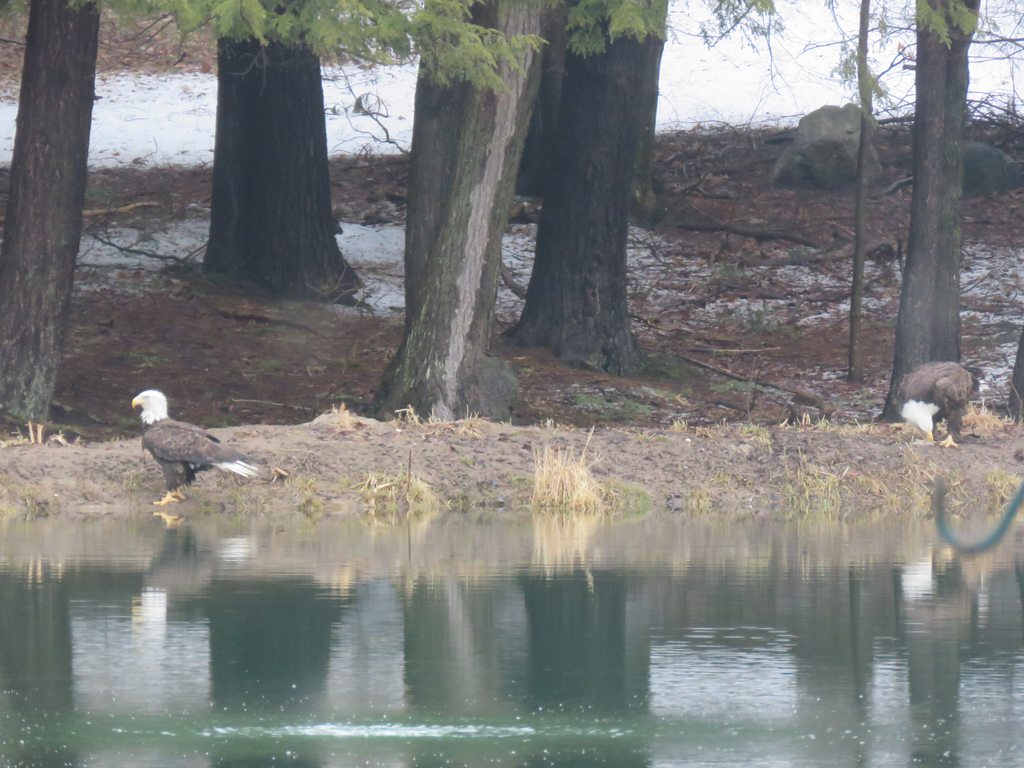 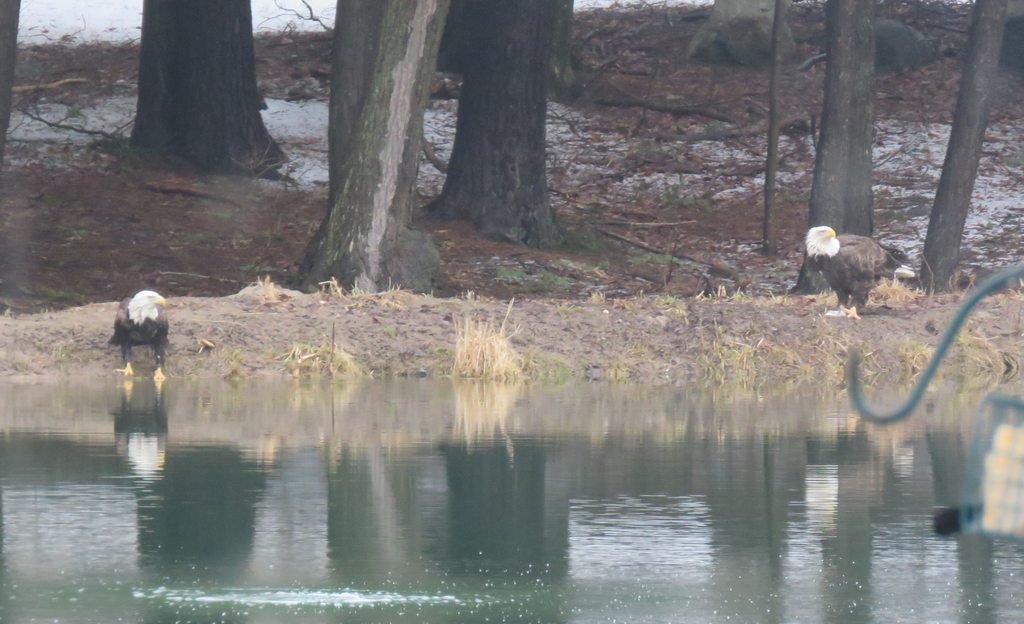 More of the big hairy beaver. He had a 3 day visit the end of March
before we scared him off. Too many nice trees right next to the pond that
he could topple in a night. 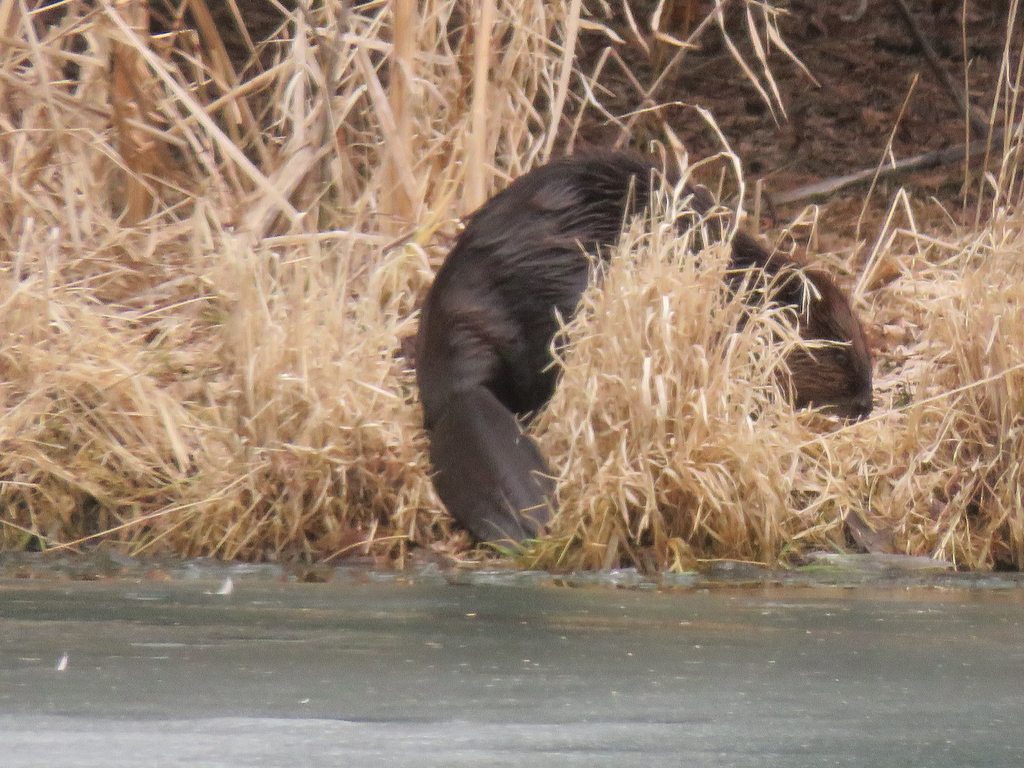 His tail doubles as a chair and a table 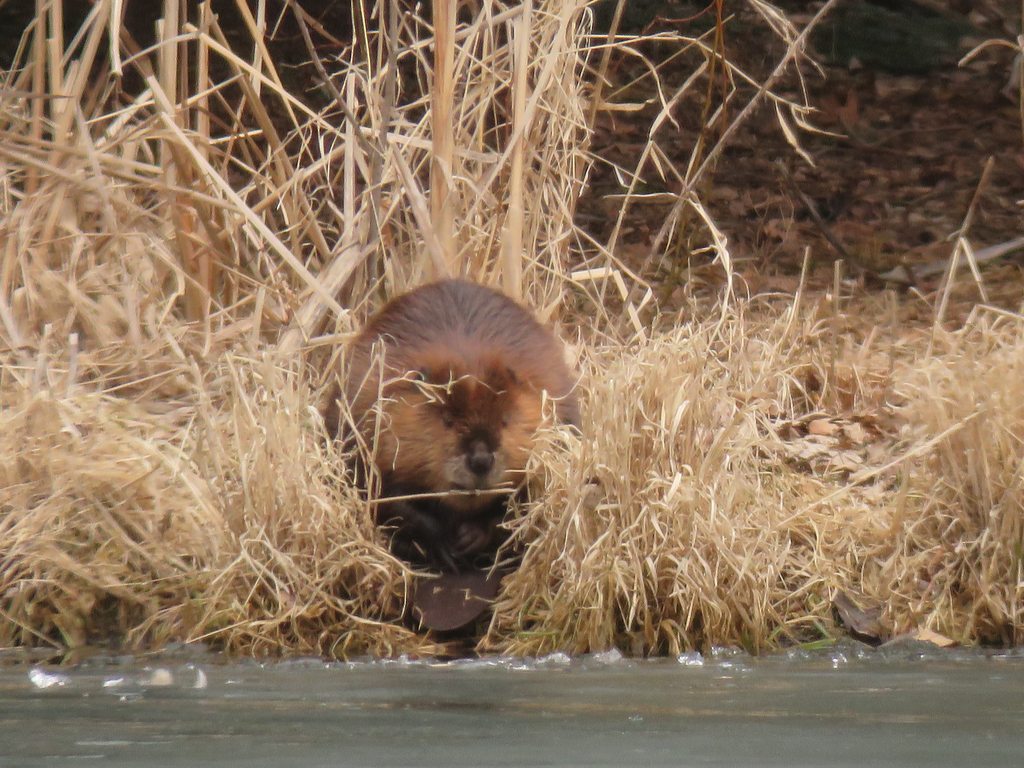 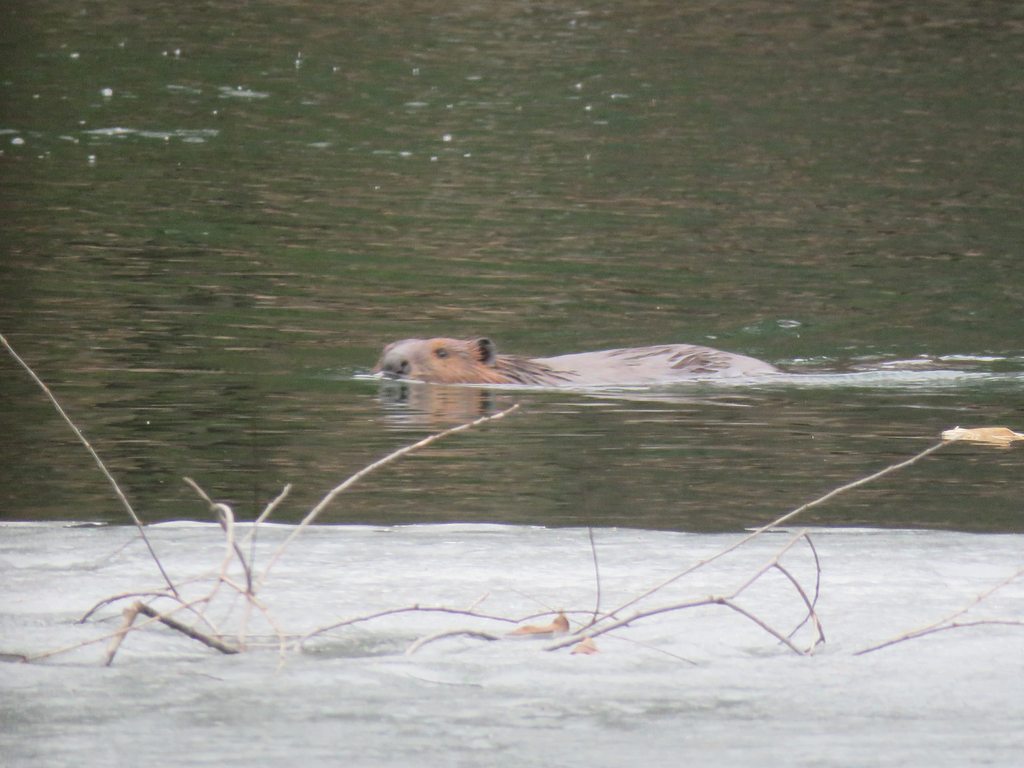 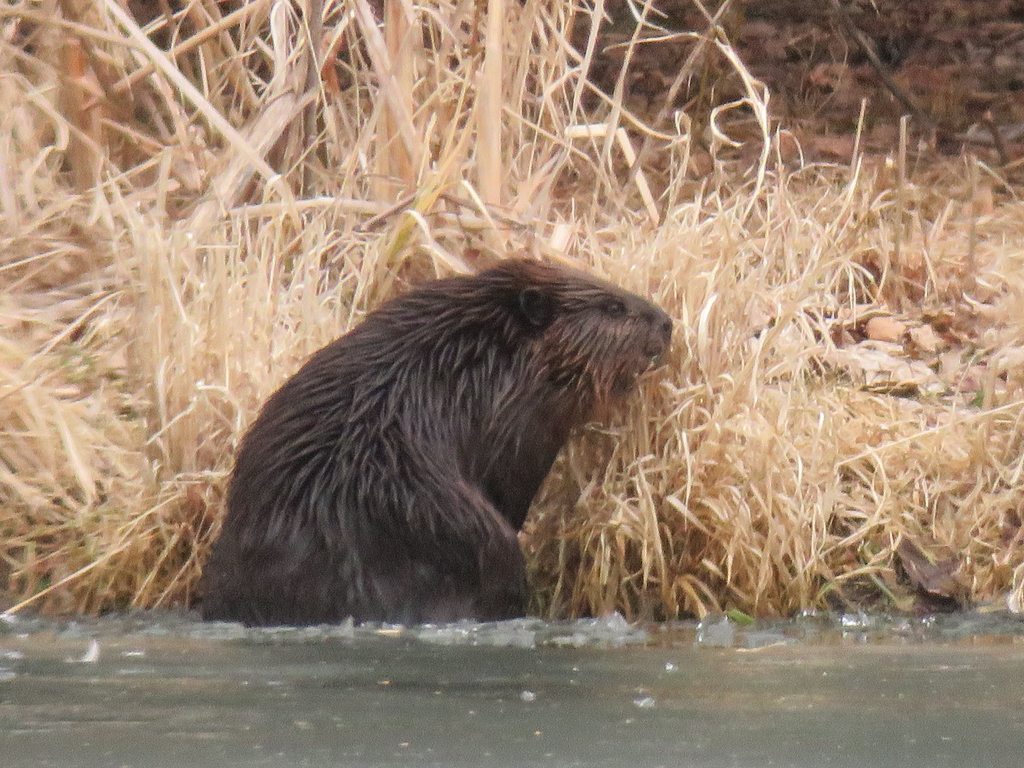 Beaver and wood duck. Another first for me. 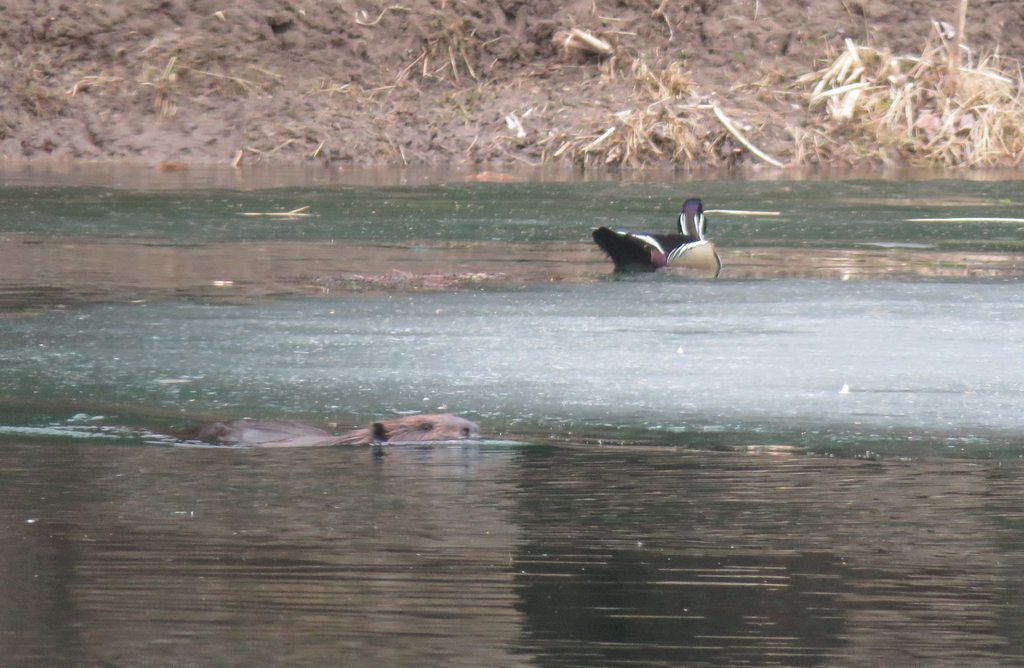 Wood ducks are back. 4-4-22 Some snow just because it's Michigan,
however I called it as the last snowfall for the season. After all
spring arrived over 2 weeks ago according to the calender . 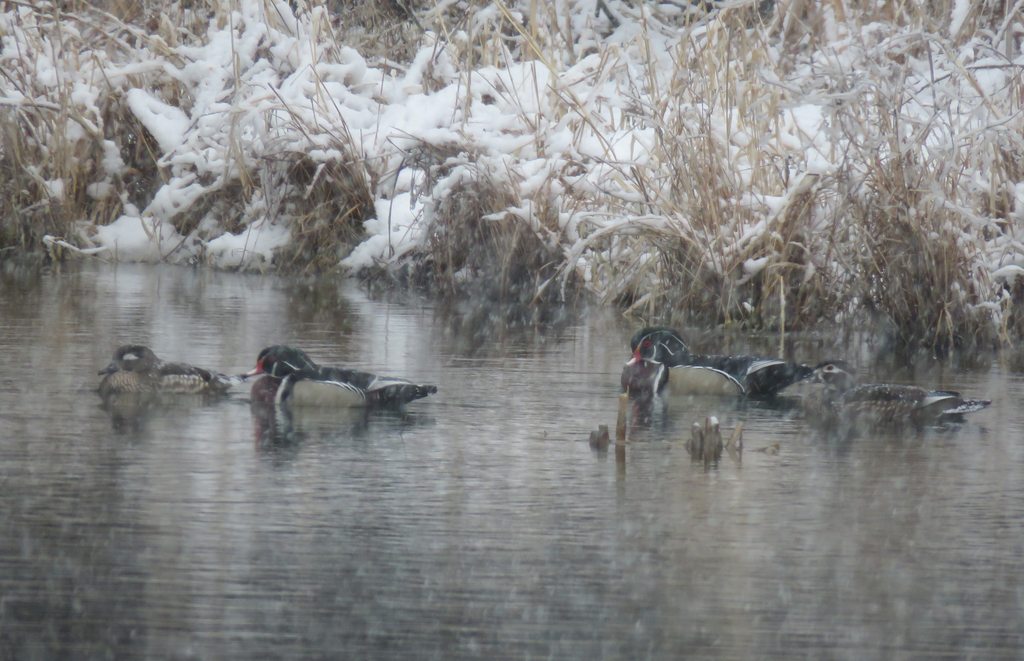 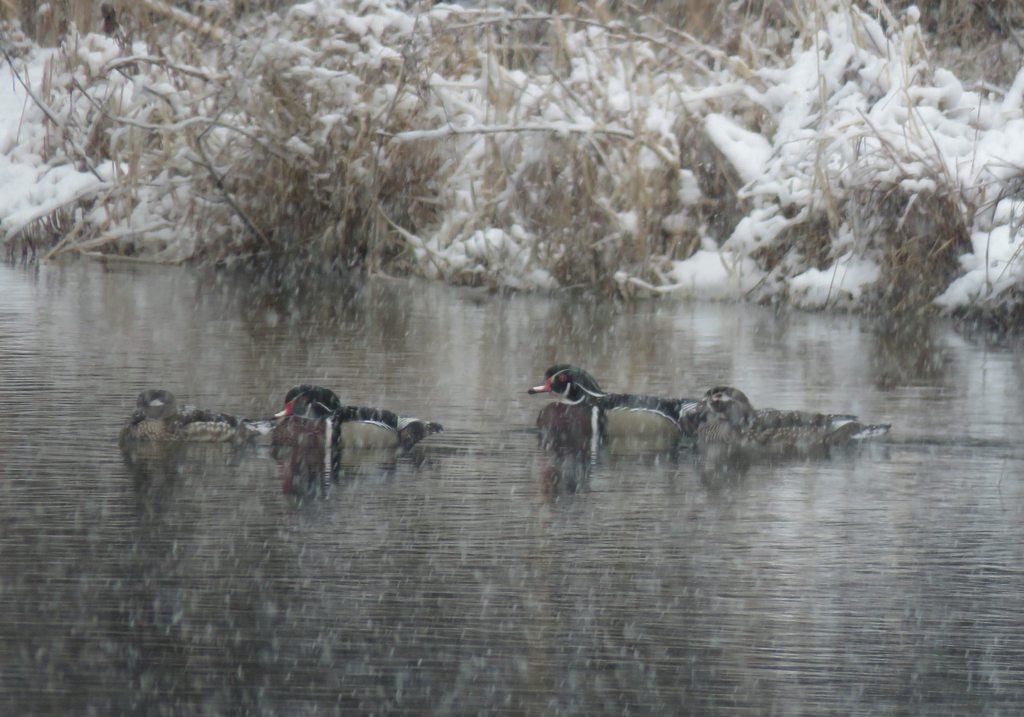 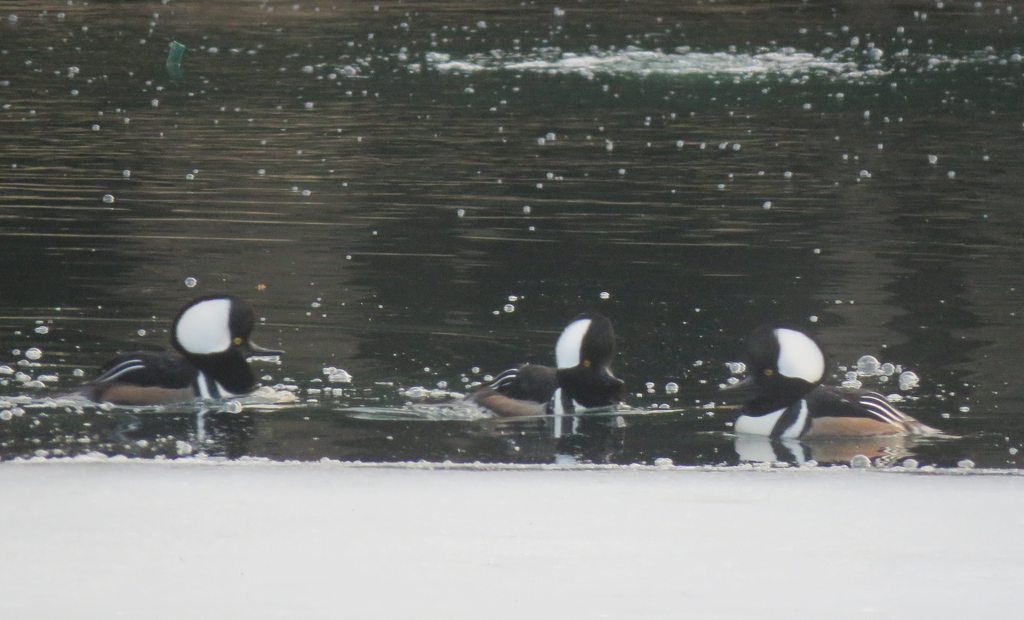 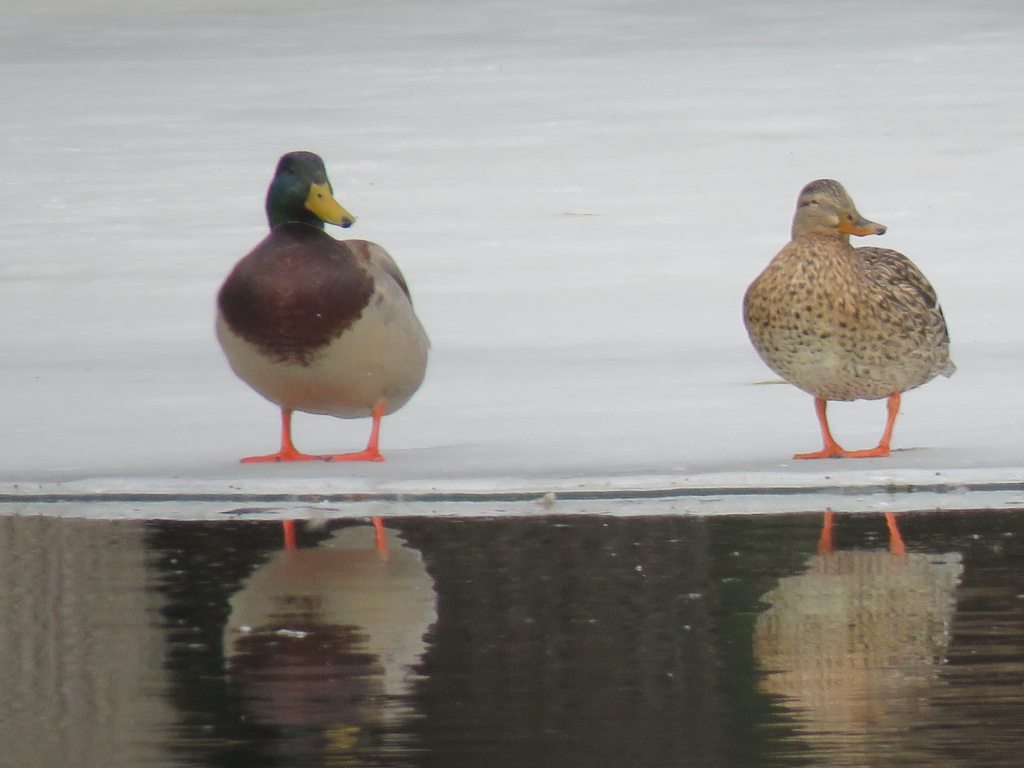 The turkeys are here everyday 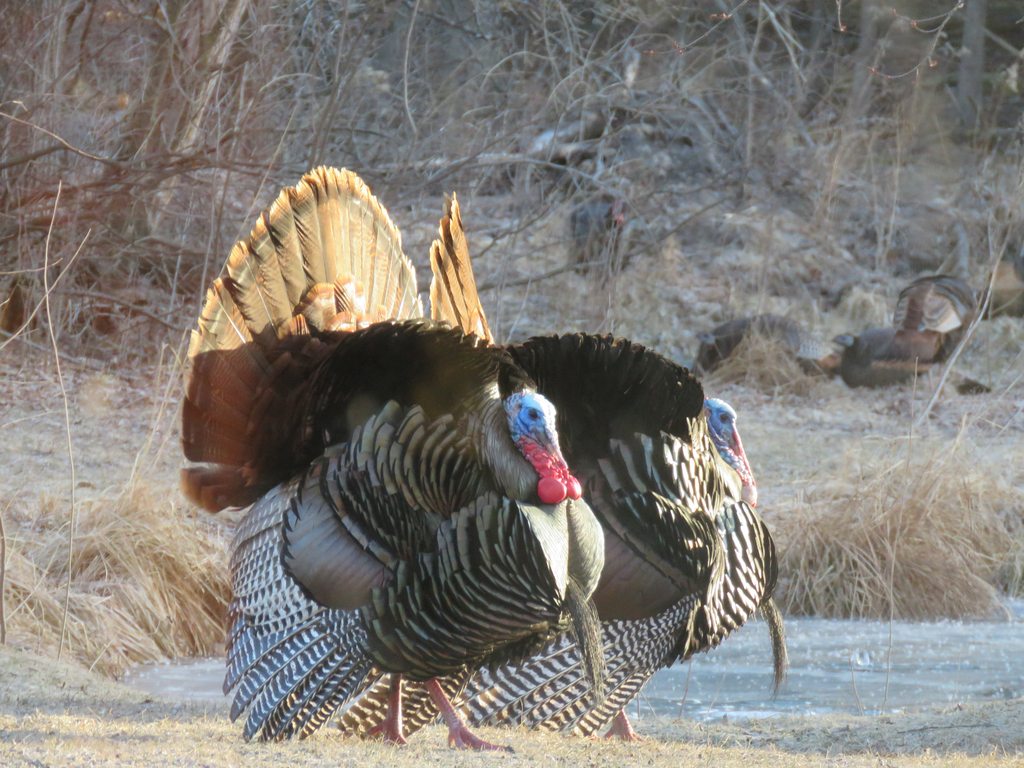 As are the deer 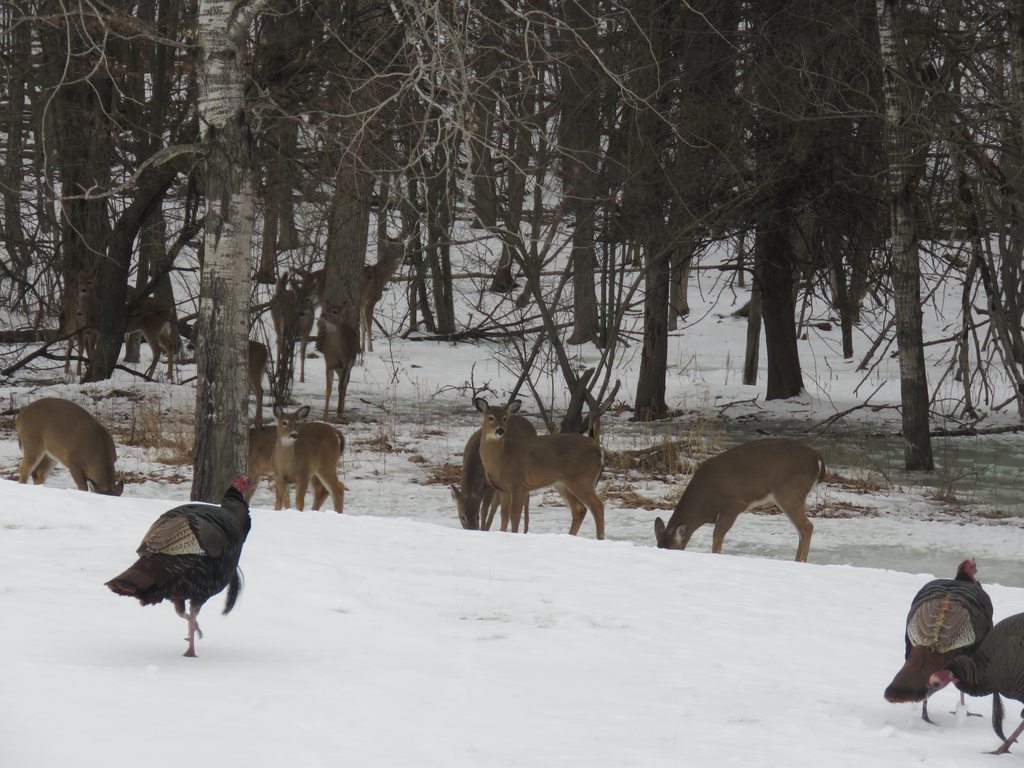 Also, huge walleyes show up between the 7th and the 10th of April like clockwork every year. The lower Detroit
river where it flows into Lake Erie is the spot. These fish migrate from the east end of Lake Erie every spring and
the majority of them run the Maumee river in Ohio, and the Detroit river in Michigan for their spring spawning run. Unlike the Maumee which gets swamped with guys fishing from shore shoulder to shoulder, the Detroit
river run requires a boat and getting vertical (over the top of ) jigging technique with jigs and minnows. Bringing home a two man limit is fairly easy. Then there is the bonus of catching a limit of yellow bellied perch on top of the walleye. Those two species ARE my top two for eating. The two in the pic are large ones. We usually just keep the smaller ones in the 2 to 5 lb size as they are much tastier. 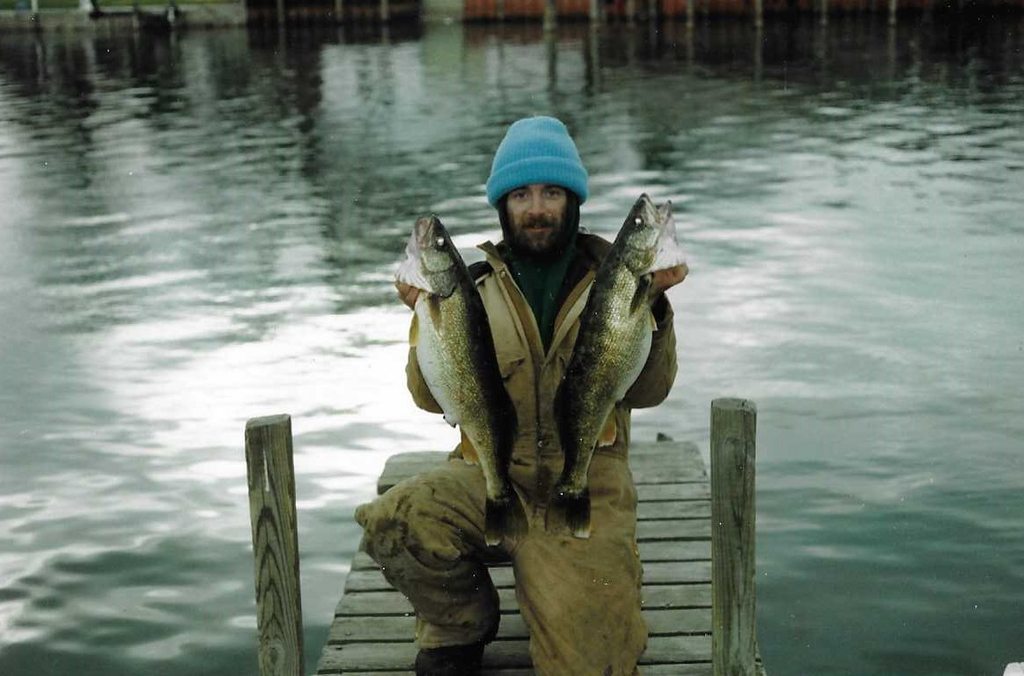 Nice pics.
I tried the Maumee run years ago and kept getting snags and fisherman to the left and right
casting like old ladies getting everyone tied up. I will wait and go out on the big lake and
try jiggin on a head boat perhaps this year.

Nice. If the animals aren't fully showing it, the "boat" (really big ones full of taconite) traffic all around your state is.
L

Born and raised, spent 53 years there. If I could snowbird I'd spend June through late September in Michigan. I miss its summers, and my peeps. Spring too iffy, Autumn fleeting. I have not one iota of nostalgia for snow, it's winters or those steel grey skies from November to May. But the smell of "up north", the air, the later sunsets, corn stands, fireflies, auroras, Big Mac, crossing into Canada at the Soo, well...yeah. Sigh.

Nice story & photos! I escape to the Gulf coast for six weeks each year but will return to my native Michigan in a few days. I do love it but can’t count on “last snow” etc where I live for a bit more.