So what do YOU do to stand out from the other guitar players in your scene?

Jackroadkill said:
Space, is that you?
Click to expand... I project an aura of confidence and charisma. It’s a tricky gimmick, but it mostly works.

ScottJPatrick said:
Does playing a Flying V on the acoustic stage at a wee festival count?

I refuse to use any of the standard cookie cutter tone pedals , tube screamer, blues drivers, I did a gig one time , kind of a live jam , 6 guitar players , 5 had the same pedals , played the same solo and all sounded the same, I used a Zoom 707, and a DOD FX17 wha , I might as well have been painted purple I stood out so much.

bearing in mind my local scene is sheep i just walk on two legs. totally blows their minds.

I gave up the idea of being a guitar solo god, and switched to strictly rhythm. I started studying the great rhythm guitar players. Chuck Berry, Keith Richards, Billy Joe Armstrong. Began to see myself as a integral unit of a solid rhythm section. Started suggesting we do "simpler" classic songs. "I think we're alone now" has been a great addition. "Comfortably numb" has been a great subtraction.

Jackroadkill said:
It's a small world, isn't it?
Click to expand...


It's a bad old world. But I love the world.


I wrote a version called "52nd State Of America." It was about Puerto Rico. The stuffy folks at the New Model Army site have no sense of humor and didn't like my song.

Forgo pants. I wear boots and sunglasses, I'm not a caveman.... 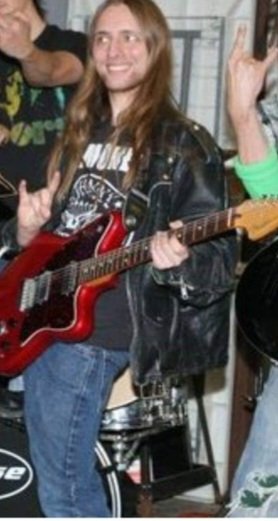 Back about a dozen years ago, nobody was really playing offsets around here. Add that to not using a pick and using chorus alot, I stood out in the band this picture was from, I ran my Fender75, my rythm player used my SF Bassman, so other musicians gave us "cred" because we sounded ok but ran cool amps.

Now? For starters, it's a psychobilly band. Really, that's more "apart" than anything else. Not being a bar rock or top 40s country band is all it takes to be "different". If you mean sound wise, still no pick, running tele Into a delay into ABY box into both inputs of my Frenzel.
Look wise, my 1×12 cab 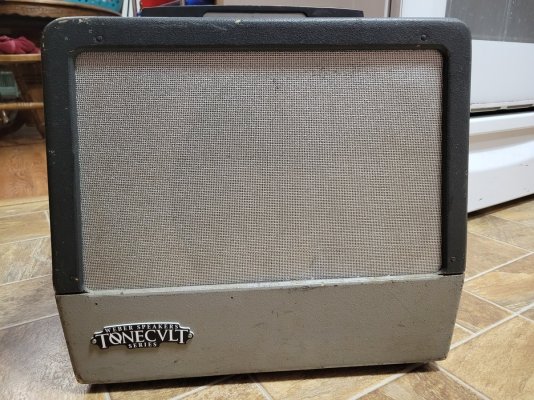 Looks abnormal.
I'm thinking about smiling constantly (because I'm happy to gig again) and wearing sunglasses with 3d glasses colored lenses. But I've been thinking about that before this band was together, I just figure I'll need sunglasses for playing cars hows this summer......

I stopped using plecs back in 2012 and play with fingers only. That definitely expanded my rhythm-playing.
I was never much into riffs, I have always been a chord player. I try to throw in open strings and some septimes, augmented and diminished here and there to spice things up.
I try to play melodic solos, solos that pick up the melody of the song or work as counter voice to the melody, instead of just doing fast runs. I also use slide quite regularly, which isn't too common around my "hunting grounds".
Considering the sound, I mainly played an Ibanez hollowbody for the past 9 years, which was kind of already outstanding around my area, because I used for Blues and Rockabilly, but also everything else.
I now have a Music Man St Vincent, which plays incredibly comfortable - nut still has an outstanding design.
I do use some delay with some wobble and an octaver here and there, just enough to spice upo the sound here and there, but hopefully not drown the sound in effects.
I try to play good songs and covers that haven't been played to death.
I try to give space for the others in the band.
EDIT: I try to have fun and show the audience that I have fun (maybe too obvious to mention it, but I regularly see people who barely seem to be alive on stage).

I jump up and down and all around like Edgar Winter.

I wear a dress.

One eyed balaclava with a knitted mohawk?

I try not to overplay, just stay in tune and on time and concentrate on melody.

Unless you’re the lead singer, standing out is kind of the antithesis of making music…

I just play better than everyone else.

Kidding.
You must log in or register to reply here.

tried out a fancy chorus pedal at guitar center yesterday...
2 3