Snark shade - This settles it for me - No snark 'bout snarks

Peegoo said:
The people that have a problem with clip-on tuners are usually geezers like me because they never saw George Harrison or Eric Clapp or Jiminy Page with one in the 60s and 70s.

BUT! I have no problem with 'em. I have no need to make a fashion statement. I do have a need to play in tune, and I will use all the help I can get.

If you have not tried the USB-rechargeable BOSS clip-on tuner, holy cats...never suffer dead batteries again. These are superb: 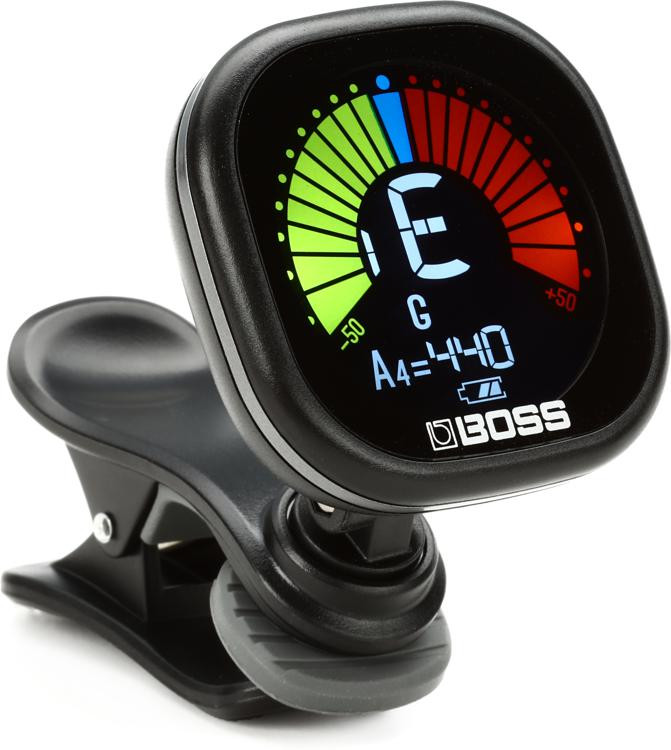 I think a lot of people just have an aesthetic sensibility that gets bumped by the sight of these things clamped onto headstocks, headstocks whose shapes are very important to some. I don't like to see them, but it's just a visual thing, it doesn't make me feel one way or another about the professionalism of the user.

Got a couple of Snarks for home use but recording, rehearsals and gigs I use a boss pedal tuner. Don't ask why, just the way it has worked out...

boneyguy said:
I have no idea what that means!! Are you able reword it so I can understand what it means.

'Reflect' what exactly? Is a 'lack of professionalism' related to the reflecting??
Click to expand...

Beyer 160 more or less put what I was attempting to say more clearly.

Certain 'Rockstars' don't even work their own effects pedals during a show far less tune on the fly. I wouldn't like to say who but it would surprise you.
In those cases, either midi does the effect changes (if a click track is being used), or the tech themselves.

Some of them will even have an off stage back up player in case there are other technical hitches.

Most of the players that tune up on the fly tend to use a pedal because it also provides the ability to mute the signal, which I suppose would be one less job for the monitor engineer.

I'm just basing this on my friend's experience, which now realising how old I'm getting is 30+ years of guitar tech-ing. However, I'm sure his experience won't be the same as every other guitar tech's.

Kandinskyesque said:
Most of the players that tune up on the fly tend to use a pedal because it also provides the ability to mute the signal, which I suppose would be one less job for the monitor engineer.
Click to expand...

You’re aware, surely, that a clip on tuner still works when you turn your guitar’s volume knob all the way down?

57joonya said:
Makes sense in a studio . I don’t know if they play shows with them . Though some very well know musicians do .I have no problem with it at all . I just don’t like the look of keeping it on . I use mine all the time . I just take it off usually…
Click to expand...

Same here. I just don't like the look of keeping the tuner hanging on the headstock.

If you don't want to see anything I use, it will have to be written I to the contract and an adjustment made to my fee. In other words, pay me or shut up. Goes for my music stand, as well.

Wound_Up said:
Hardly. I've seen multiple players tune up on stage. You know...those times when they wanted to keep using the same guitar and there was no tech standing behind them with a tuner, ready to take their guitar, tune it, and hand it back in the middle of a performance. Because techs don't do that AFAIK lol. What guitar player is going to stand there on stage in the middle of a performance without a guitar while the tech tunes it up? None that I know of. They're gonna step over there to the tuner(or whatever they need to do), take 20 secs and tune up, and keep going.

Guitar players aren't helpless, professional or not.
Click to expand...

How many guitar players have you ever worked with? From a professional standpoint, most "talent" are basically turtles on their backs who should probably be wearing diapers. I've worked with many artists who have no clue how to properly string or tune their instruments, or set up pedalboards or backline. That's why they pay guys who are really good at it to do it for them.

The original guy talking about guitar techs was referring to pro level concert production who carry tech staff as part of the touring party, not club bands. If you have a professional guitar tech, you probably have enough money to have spare guitars of the same type. If you've ever seen the guitar tech area at a large concert venue, some of them have better inventory than some guitar stores. Those guys spend HOURS every day restringing and setting them all up after having been in a truck all night. It's actually really cool to watch their process- when you set up 10+ guitars a day, you get really efficient.

If Johnny Rockstar knocks his Strat out of tune, it's far faster to have the tech hand him another one at the end of the song than to donk around onstage and ruin the flow of the show tuning it himself. No one said the tech tunes it for them onstage and hands it back, that's ludicrous. They have a set list with notes about what guitar Johnny uses on each song, so they know which spares they're likely to need and when they need to go swap out his Strat for a Tele. Sure, Hendrix and Rory Gallagher did it themselves 50 years ago, but that's what led tour managers to say, "you know, what if we had a guy who did that offstage and kept spares ready?"

The only judgement I pass on someone with a tuner on their headstock is that they are actually in tune.

I used a Snark for probably the last ten years or so, mostly just to not have to use a pedal board spot. Though I did just switch back to a Boss TU-3, and I’m much happier.

Admittedly, I’ve found headstock tuners to have trouble picking up the low E, and they also pick up vibrations from the bass if it’s playing while you’re trying to tune, and the battery doesn’t last as long as I’d like.

But other than that, whatever, I don’t have any problem with anybody using one. They’re fine.

My 81 year old dad uses one, and I don’t have a problem with it. As far as I’m concerned, it looks great with his Velcro shoes.

A couple months ago we saw Bela Fleck with Sam Bush, Jerry Douglas, Edgar Meyer, Bryan Sutton and Stuart Duncan. Not only did several of them have tuners clipped on, but some had music stands or Ipads. What hacks! (No cargo shorts or hats, though.)

What did Keith have?

telemnemonics said:
Being overly obsessive with gear appearance is like putting a lift kit in a 4wd truck.

Sorry yeah I bought two TC unitune clips for $10 each (SDOTD) and my pretty guitars are still pretty, plus they get tuned more often.
Which hardly matters since I'm not overly obsessive...

You only need a lift kit if you do serious off-roading.

Snark tuners are are the very definition of undignified.....

I have one quirk, I don't like it what a snark is pinching the gold leaf "CF Martin" on my Martins. I'll put the Snark on my D28 to tune and then I remove it gently. It's silly really. I also like the Peterson Strobe Tuner App for iPhone. Best $9.99 you can spend.

telemnemonics said:
Being overly obsessive with gear appearance is like putting a lift kit in a 4wd truck.

Sorry yeah I bought two TC unitune clips for $10 each (SDOTD) and my pretty guitars are still pretty, plus they get tuned more often.
Which hardly matters since I'm not overly obsessive... I'm gonna need to get myself a black clip on tuner.

I think it depends on who you are and what you're playing, I don't expect to see some major metal band on stage with tuners.

It’s all about being incognito.
I wear a small tuning fork as an earring.