Should I Take Free Lessons?

sax4blues said:
Have you heard the saying, “When you are self taught the teacher is not very good”.
Click to expand...

First time I've heard that but it's unquestionably correct. Like an attorney who represents himself in court, he has a lousy client.

Interesting offer.
Any chance of finding a musical point in common between your (our) boomer flavored rock and the benefactor's classical stuff?

Help him find a groove; help you find the relative minors & ready transposition?

Take lessons. I learnt theory first, topped all the exams and then went on to play first trombone in an orchestra. When I picked up guitar at 13 ( 1969) it was so easy to learn and understand and chords made sense.
Music theory helps you understand what you're doing.
Nothing wil replace raw talent- just listen to Tommy Emmanuel. Sixty years of playing and he doesn't read music but wow- he does not need to. Many others I'm sure.

Lockback said:
Okay, here's my story:
I'm 68, have been playing guitar and keyboards off and on for years, now concentrating only on guitars after buying my first electric about 5 years ago. I now have four electrics and two acoustics.
I don't read music. I know the basic chords, of course, but don't know the technical jargon. I've never had a lesson. I don't know the Pentatonic Scale any more than I know a Pentagram.
I've been told I have musical talent. I play somewhat competently ... I'd say Intermediate level. My brother-in-law sometimes brings his Martin D35 over and we'll play some Beatles stuff and I can usually keep up with him. Cowboy chords and barre chords but few riffs or lead stuff. Mainly rhythm and harmony notes. My nightly method is to play songs somewhat randomly from the 500 or so I have on my phone through my Boss Katana 50 and attempt to figure the song out as I go. Somewhat surprisingly, I'm sort of decent at it. Kind of. Most of the time.
I've thought of taking lessons. I love playing guitar and have had a love affair with music my whole life but have never invested in lessons. I think it's partly financial and partly because I like doing things my way. And let's be honest: at my age, I'm not going to play publicly anyway. I play for myself. I've only played a few songs for my wife and my sister.
But now my step-son, with whom I have a somewhat tenuous relationship, is offering to pay for guitar lessons for me. He's very successful financially and bought a Yamaha grand piano recently. He plays it well. His forte is classical, which obviously is hugely complex compared to my tastes (Tom Petty, Beatles, Pretenders). He plays mechanically, reading the sheet in front of him. I play totally by ear. Our styles, tastes, life styles, politics ... literally everything couldn't be more different.
But it's a kind offer.
Should I take advantage of it? It would be virtual, presumably over Zoom or Facetime or something. The teacher he has in mind lives in Pennsylvania, I'm in Ohio.
I worry, I guess, that it will be too hard, too much like work. I'm retired now. Aside from chores for She Who Must Be Obeyed and some condo association duties, my time is pretty much my own.
I go back and forth: I want to actually understand what a major third is but don't want to get so lost in the mathematics of music that I lose the joy I have in figuring things out myself, as limited as I am.
Does that make sense?
Talk me into it!
Click to expand...

Run with it. Enjoy. Don't overthink. Good can come in a number of ways, here.

Lockback said:
Talk me into it!
Click to expand...

“I really was gonna learn to play that Valachord.” “I know, I know.”

​
Then regarding the Pentatonic scale... learn it! The sooner the better! It's been the single most useful thing I ever learned on the guitar besides barre chords!
Here... I'll hook ya' up and then the teacher can refine it:

Start by playing those notes. Never mind the order. Put on some background music you can jam to and just do those notes.
Long notes, short notes, fast notes... doesn't matter. Just do this thing. Your ears will lead you home.

Deeve said:
Any chance of finding a musical point in common between your (our) boomer flavored rock and the benefactor's classical stuff?
Click to expand... 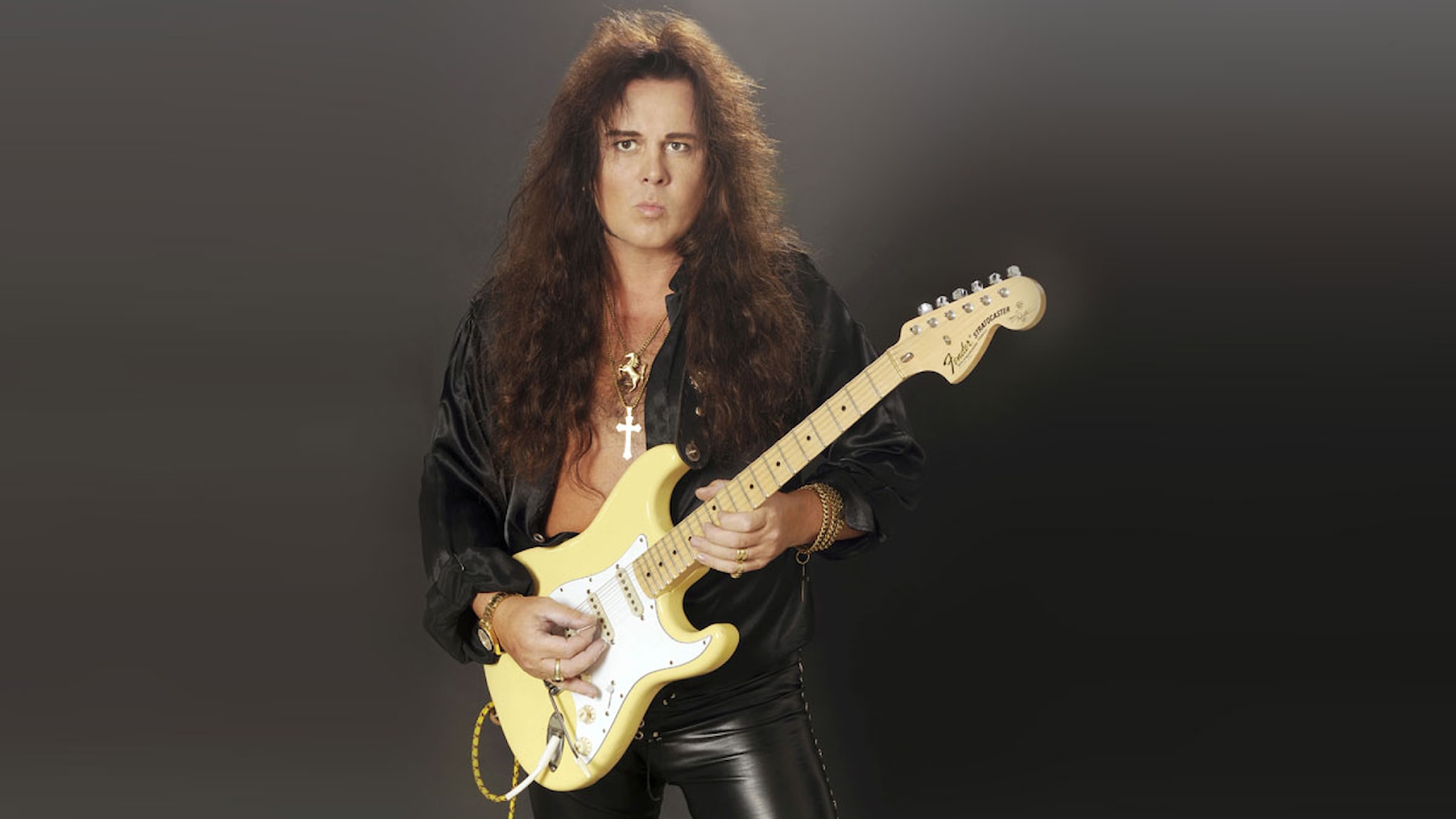 Playing by ear is great for improv. No amount of lessons will knock that skill out of you, but will help give you a solid foundation to make more sense out of ‘playing by ear’. You’ll figure out songs quicker too. And build bridges. What’s not to like?

Lockback said:
I just want to get better but don't want to waste my time learning songs or techniques that I'm not interested in.
Click to expand...

I sometimes fool around with strange/exotic scales and find a run or two that sounds interesting. Then I forget the scale shape altogether and find that the 'stored' fragments often reappear when I'm noodling. The next thing I know - a neat lick that dovetails into the patterns I normally use!
You might find the same kind of thing.

I agree with the observations above and myself would probably take the free lessons, but I would also observe that the most expensive things I ever got in life were given to me for 'free'

Lockback said:
More about the lessons.
I want to move beyond where I am now but have no allusions about becoming the next Tommy Emmanuel or Eric Clapton. I just want to get better but don't want to waste my time learning songs or techniques that I'm not interested in.
Click to expand...

Maybe I missed where the lessons were on classical theory. My bad.

Otherwise, you always stand to learn something. I took a lesson or two from a guy who prided himself on NOT reading music. His style and my pride kept me from returning but I did learn something.

it's a no-brainer - go take the lessons and thank your son-in-law.
T

Skyhook said:
Start by playing those notes. Never mind the order. Put on some background music you can jam to and just do those notes
Click to expand...

That A Minor Pentatonic scale is a good place to start. Learnt it 40 years ago and still serves me well. Learn it, it's simple, then mix the notes up and around. You'll be glad to hear what you van do with it.

I think you might realise you know more than you think you do when you start taking lessons.

I took some lessons about 5 years back because I had next to zero theory knowledge and I wanted to try and get the basics down.

Same with 'slash chords' ... I'd never heard of them but it turned out they are something I use a lot.

Good theory knowledge gives you the ability to communicate, I still don't really have that. Often my mate who I play with will say "what are you playing there?" and I don't really know and I have to go through the whole "it's like an A but with that string left open and this string muted by this finger here" or whatever.

I would jump at the chance of free lessons again.

do it
"usually keeping up" is not where you want to be
much depends on the teacher - if he is a "learn to read and work on the chart" guy, you may need to look elsewhere
learning music theory is never a waste of time
R

Lessons will open the door for you.

I was self taught for my first three years on guitar. Back in the 60s. Like you, I was able to figure out some songs by ear from records. Then I took lessons for three months focusing on chord melodies and old standards. Cleaned up my technique. Learned about modes. This was a fantastic expansion of my capabilities, and was absolutely worth the effort.

So I hope you go for it and make the most of it.

If the teacher is competent, why wouldn't you want to take lessons? Try it out. Give it a couple of months. I would bet that even if you quit, you'll learn some valuable things along the way.

Yeah, good you're going for it. Even if you gain just one or two tidbits or insights it will be worth it.

Let us know how it goes?

Don't be silly, do it. Then do your homework. If you want to get better, it's the best way.

Do it! It'll help you go in the right direction.