schmee said:
Whaddya got? Here's Joe Walsh in "The Measles". (on keyboard!) What a name!

I think there’s a bunch on the walls of the post office!

SuprHtr said:
I believe Sandy Denny was the only guest to perform on any Led Zeppelin album. Name that tune!
Click to expand... Superlatives lose their meaning, when applied too often and too readily. This is not one of those occasions......

The legendary Django, at work. 1957 Chevrolet "8" Door Airport Limo. Made by Armbrurster Stageway. GM delivered the base vehicles in primer, they were mounted in a rack, torched in half, and then a 3 or 6 foot section was welded in place. On an 8 door, the four doors on the passenger side open, only the first and fourth on the drivers side open. On a 6 door, all of them opened. The one pictured above was a base model 150 Series, which would have had the center chrome strip added. No chrome around the windows, and the Chevrolet badge on the fender is the giveaway that it was a 150.

My dad had an AS-built Bel Air 6 door for ~30 years, which oddly went up to Toronto where that one was! Dad's was owned at one point by a family bluegrass/gospel group out of West Virginia. He was even able to get in touch with the family and retrieve some of the original parts, including a similar roof rack. Well played is that a young Chris Eldridge on guitar

Interesting. Hover over Bowie's leg and it sez..bowie1jpg

I was at that club in the sixties.
If I remember correctly the "Hawks Nest" was upstairs.
Right down the street was another great venue, the "Colonial"
Not far away was the El Mocambo.
A lot of great bars and music to be had in Yorkville too.

Here's another couple of pics. Robert Plant and Sandy Denny I reckon summer 1970 as that is exactly how Robert looked when he gave my buddy and I a lift from London to Newbury. The other one when Robert appeared at the annual Fairport get together a few years back.

Someone keeps posting the Rundgren photos on Facebook. I wish they would explain the occasion. The photos are great! Here's one for @Flaneur, Taj Mahal taken backstage at a venue he knows, the Queens Hall in Edinburgh. Copyright Marc Marnie, Stagefright photography in Edinburgh. Hope this hasn't already been posted, but I quit looking after 9 of 129 pages.

Not sure if it's already been posted, but it's interesting to see pics of Jimi in street clothes. His image was pretty tightly controlled - you almost never see any pics of him without the psychedelic regalia. 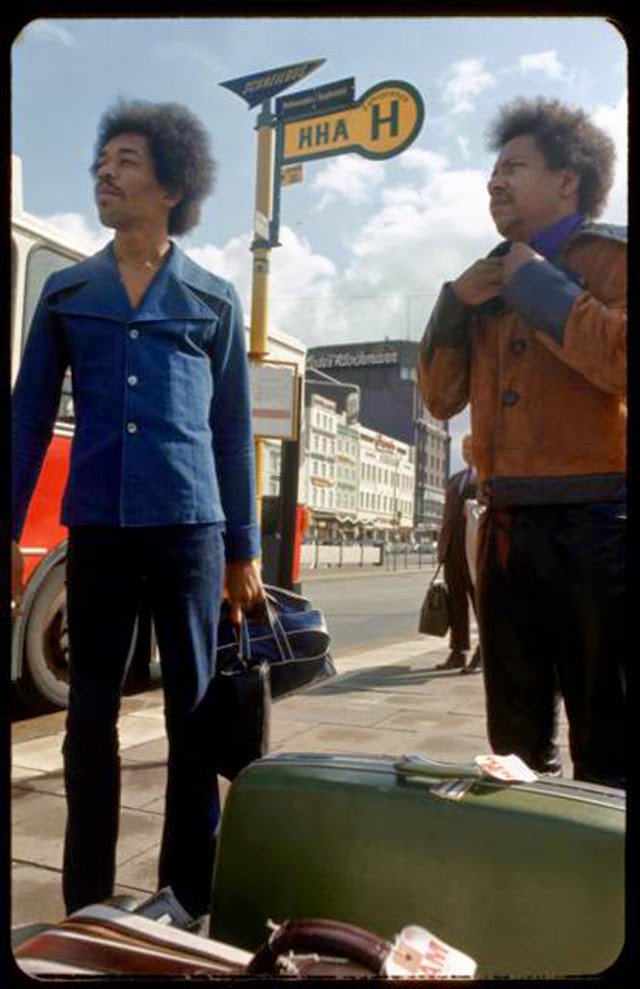