Elvis left the building 45 years ago.
I still remember where I was, who I was with when I heard the news.

I remember the first time I saw him on the teevee.

I'm posting this just because...

Dang! I already knew I was old, and so a lot of things that typically makes one feel one's age don't phase me anymore. This one got to me. I literally had to go to my calculator and add 1977 + 45 to make sure this was right. And it was on a Tuesday!

'64 Tele said:
Elvis left the building 45 years ago.
I still remember where I was, who I was with when I heard the news.
Click to expand...

I don't - he really didn't matter much to me - he had some good years in the 50s before I was born - and I sorta liked In The Ghetto and Suspicious Minds - but for the most part to me he was some kind of outlier who popped up every once in a while - it's too bad he had to go early though - the crowd around him didn't help him at all with his drugs he was taking. 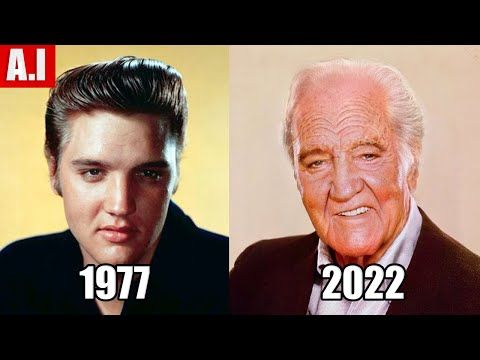 Houston Livestock and Rodeo March 1974. Only time my Wife or I ever saw him.
Sound in the Astrodome was horrible.

I’ve told this story before, but here goes:

My friend and I had been in Mexico for over a month and drove back across the border into Texas about September 15th. First thing we did was stop at a burger joint to get a good ol’ American cheeseburger.

We asked our server what was the biggest news in the US over the last six weeks. She thought for a few seconds and then said “oh yeah, Elvis died!”.

'64 Tele said:
I still remember where I was, who I was with when I heard the news.
Click to expand...

I do as well. I was living in Macon Georgia. I was leaving work.

dkmw said:
We asked our server what was the biggest news in the US over the last six weeks. She thought for a few seconds and then said “oh yeah, Elvis died!”.
Click to expand...

It was huge news. I remember the newspapers the next day "The King is Dead". It struck me as odd that so much reverence was paid to man called a "King". I get the King of Rock and Roll label. It was almost like making him a deity. Contrast that with the response to John Lennon. FWIW, I was a big Elvis fan as a young boy but outgrew him as music changed in the 60s.

Peegoo said:
I remember the first time I saw him on the teevee.

Well everybody was doing it.

Happy Birthday Elvis! I remember the day well, it was my birthday, the neighbors came over with a cake and the latest CSN album (with them on a sailboat on the cover), but all was rightfully overshadowed as we all sat huddled around the little black-and-white watching the news at my parents cottage. I'll be pulling out the live Hawaii album today for my car travels, great performance!

I was in the army in summer 1977 and still remember that day - I was sitting in our room with some other soldiers when we heard the news that Elvis had died.I like his early Rock`n Roll stuff recorded in the Sun Studio, not so much fan of the music he made after that time.But he shure was and will always remain "The King".

I heard about his passing on my truck radio while on my lunch break from work.
I remember thinking he was too young to die.

Summer of 77 my old man was running a foundry in Seneca Falls New York.

My brother and I want to stay with him for the better part of the summer. I was 13 1/2 and I guess my brother was 15.

He had a beautiful ranch house right on the shores of Cayuga Lake. I learned how to fish there that season. It was fairly easy - you throw your line in and something gigantic would latch onto it.

It was pretty idyllic that summer. If you’ve ever been to the finger Lakes region you’ll know what I mean. The oldness and sense of history there was palpable. Rod Serling‘s upstate New York estate was right down the road from my old man’s place.

I remember he had an AMC Pacer, a Vista Cruiser wagon, and the Austin Healey 3000 he had brought from California .

He’d stuff my brother and I into that 3000 with him and go screaming around the twisty two lane roads hugging the shoreline. Only after he was properly lubricated of course. And of course kids, there were no seatbelts.

There was a rental cottage under two huge pine trees a little bit back from the house and then even further back there was an enormous pasture surrounded by woods that was home to Bolivar Shagnasty , his irascible goat. Who you did NOT turn your back on or else risk a broken coccyx.

Sometime toward the end of our stay there, Elvis croaked and my brother and I were so glued to the TV coverage that we failed to come outside and see off some guests who had come for dinner.

My old man’s new wife, came back in the house and read us the riot act and we looked up and shrugged thinking, “hey ***** - you’re not our mom…”

I was driving over Tejon Pass with my mom when we heard on the radio. I was just 16 and first time driving any distance. I know the spot exactly!

We barely saw half of what he could have offered.....

Such a sad end to a real music legend (a term that is tossed about way too lightly!) Be honest : how many of you immediately comment on a friend’s appearance if you haven’t seen them in awhile ?
3 4 5