Restoring one of the wine crate guitars I made in my teens. Mind you, seeing as how unplayable that neck is, having pitch perfect intonation is not an issue here.
View attachment 974978
Three strings, a slide and the truth.
Click to expand...

Well, being that you are making a silk purse from a sow's ear, and doing a great job, my suggestion is that you remove the fingerboard, plane the neck straight, and put on a new fingerboard.

Then you can refret to match the proper scale length rather than move the bridge to match the fret placements as they are.

Very cool project. Makes me feel better about some of the partscasters I’ve built.

Telebra said:
I hope your guitar playing ability is better than your building/restoring talents. That sure is a lot of effort, not only shop time, but all the postings and pics, to go through just to have it fulfill its original purpose and I hope it's destiny, firewood.
Click to expand...

What an encouraging comment, I hope not all of your posts are like this. Op, I love the guitar!

Well, when installing the under saddle piezo and drilling a hole for the output, I came across a very nasty drill bit damaging surprise.

The nails used to clamp the box together, extended a full inch and a half into the plank. Needless to say, when I found out, the drill bit took quite a hit from the obtrusion. I had to remove that nail before I could finish the instalment of the output. Here you can see that the top is actually the lid of the box. But with the two hefty blocks I glued in there, it's safe to say it'll never be coming off again. Those holes near the tailpiece were to situate the output where I initially envisioned it going as a teen. The one above the tailpiece was drilled before I realized that I had the lid upside down. The two situated right next to each other came from me putting the one on the left too close to the body's edge to actually put the jack in there.

Ah yeah, me being the dumb A-technical teenager I was in those days. I'm pretty sure the 19-year-old me would have been impressed with the solutions my 45-year-old me came up with.

And yeah, plugging it in, revealed that everything works.

Hey, not everybody can appreciate the fun one can have with some junk.

I had the same a few years ago. make a guitar out of an old crate..... 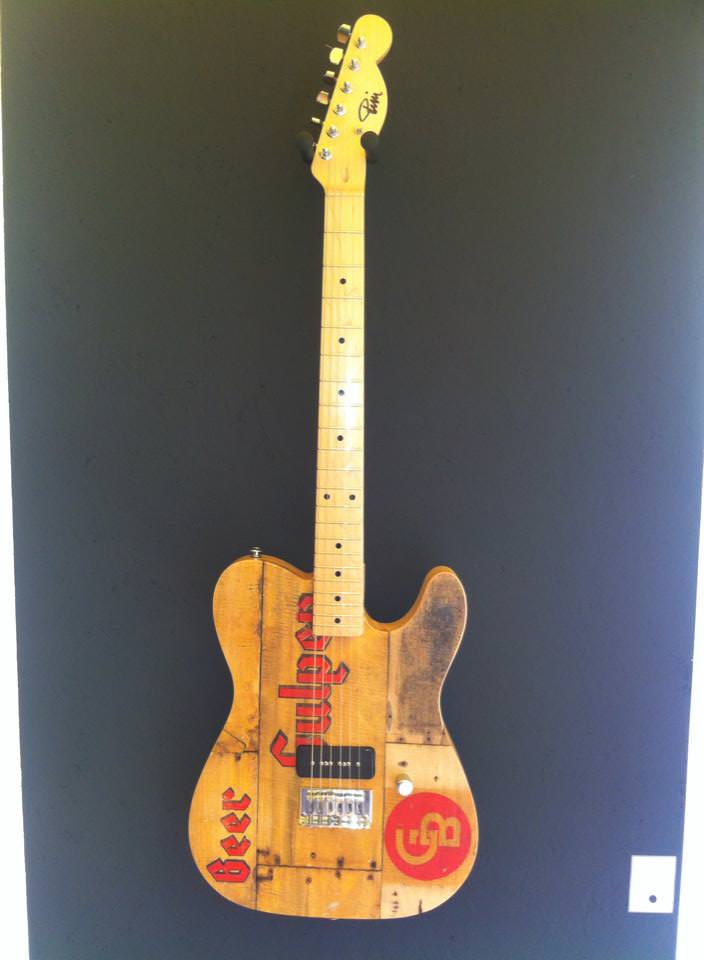 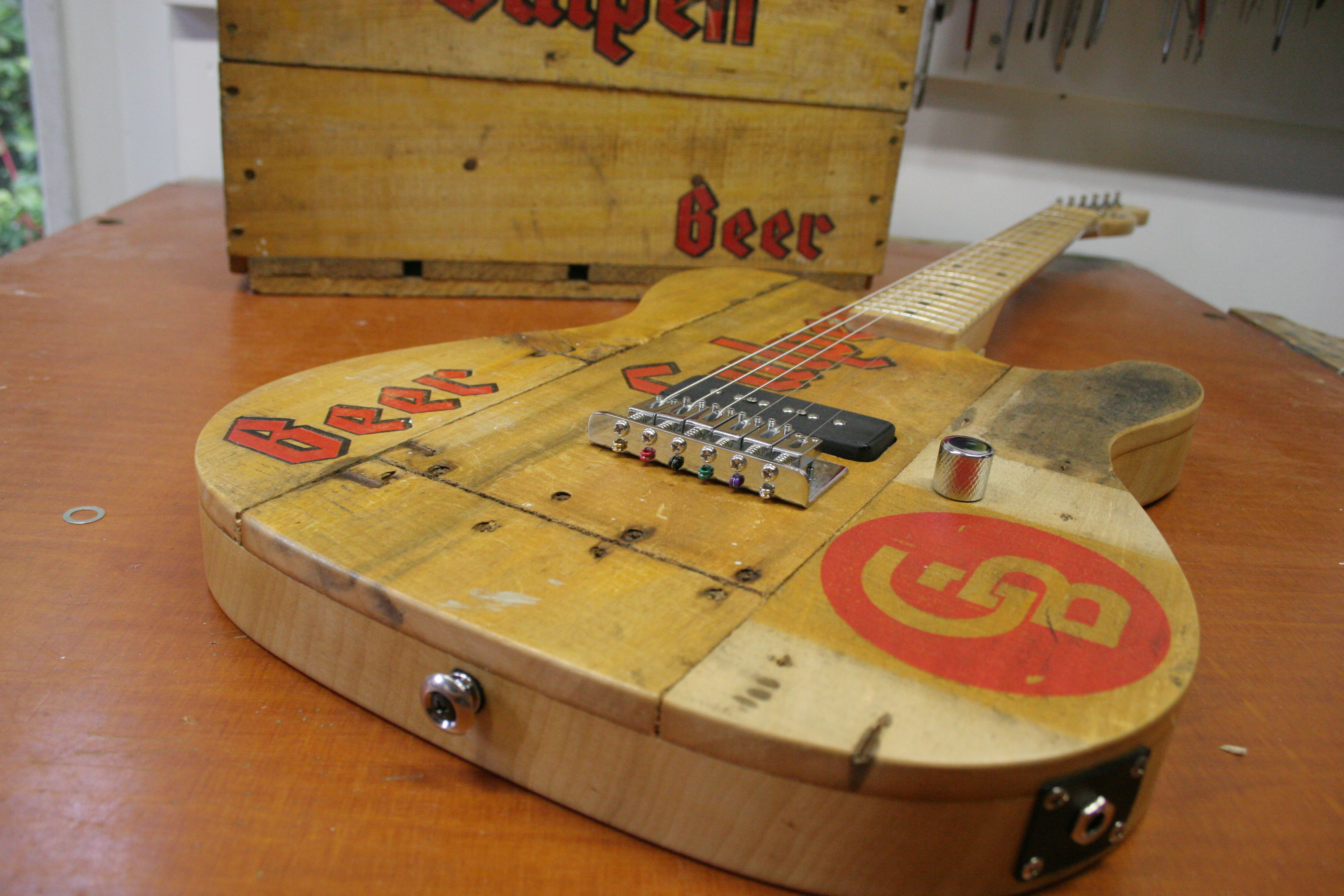 PimR said:
I had the same a few years ago. make a guitar out of an old crate.....

Now it's off to score some way to amplify this thing.
Click to expand...

I suggest a top mount Flatpup.
You must log in or register to reply here.

D
Parting with a beloved 68 Tele (not all original)