Pix when you get it!

John Stephen said:
Must be nice, idjster. How does it play?
Click to expand...

Like a dream! It's very nice indeed. I'm glad I took the plunge - it wasn't cheap, but it was my dream guitar, and now my #1.

They are truly a brilliant design in playability, but so ubiquitous these days I about never play them live.

blowtorch said:
so ubiquitous these days I about never play them live.
Click to expand...

When I play a PRS party I never bring a PRS because everybody else does. We have one coming up, and it's gonna be this guitar. 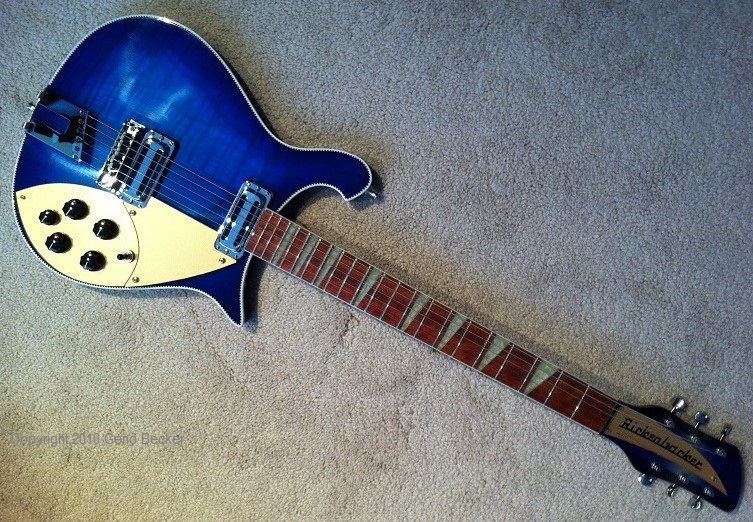 Just got this one on Saturday Two of them I've flipped the bridge pickup around so the screw poles are on the neck side bobbin and I raise the screw poles an eighth inch. Gives a very good 'n beefy P90 tone while maintaining noise reduction.

This one, the oldest I have from the first eighteen months into the MIK launch of them, I rescued from a neck to body break, drop-filled some bad body abuse, repaired the controls (switch and jack), swapped pickup trim rings and knobs. Plays and sounds great. Picture before the pickup 'flippening'.

Notes I tell people about the SEs:
-Get 22 fret models for LP tones, 24 fret models for SG tones -- due to pickup placements.
-The 'slash' MIK fretboards (like the image I put above) are the early models and tend to sell at lower prices on the used market than later MIK dots and birds. The MII used models were selling less than the 'now collectible' later MIKs. If you are chasing value/sleeper guitars, get the earlier 'slash' MIKs.
-Some body models are thinner while others are thicker. Thinner ones are lighter but feel cheaper even though the same hardware/etc/etc. Same way a Gibson Les Paul weighs ten pounds so buyers feel like they are getting 'value', but their shoulder doesn't think so.
-There was a shift in headstock screen printing during later MIKs ... signature models started out screen printed under the headstock finish while later ones put the signature on the truss rod cover. This way if you like a signature player you keep the signature out, if not you can flip the truss cover and you've got a nice unique guitar not proclaiming your affection for a particular artist.

Falstaff1960 said:
Back in the early 90s, I had a PRS CE model with a lovely amber top, no birds but real abalone dots. For some reason I just couldn't bond with and sold it to acquire a lovely Epiphone Joe Pass and a Blues Deluxe with blonde tolex and an oxblood grill. The only thing I miss about the PRS was that it came with an Artist case. Very fancy and all leather. PRS makes some beautiful guitars. I hope you enjoy yours.
Click to expand...

I’m all over the place with my PRS, with all the way from SE to core. I’m chasing sound, nothing else. The SE’s are great guitars, especially for modding. The SE Hollowbody piezo is the absolute sleeper guitar made. I sold my core Hollowbody because I like this one better. The biggest difference is if you gig a lot and travel at all. The S2 and core hold their neck and fret adjustments incredibly well. The SE’s less well. There is a sound difference, but if YOU don’t hear it, it’s not there. My SE’s are my dive bar guitars, the USA are my good gig guitars. After 50 years, I don’t play any other brand.

Yeah, I foresee a Hollowbody in my future at some point
C

CrazyFrankSD said:
...and now I can't put it down.
Click to expand...

That's the best and most important part; a Win-Win! Plus, I'm sure you enjoyed the process and journey getting there.

I have an SE Soapbar II maple that plays and sounds great. The P-90s they used back then are really good. But I still may sell it and get a Tele (I don’t play much guitar, so I don’t really need two electrics — I know, blasphemy!)

I have the Piezo version of that hollowbody SE in black gold burst. It plays and sounds as good as my US-made Custom 22s do. Not kidding.

I have mixed feelings about PRS's. To me, in no way does it replace a LP that is much warmer, a 335 that's more defined or the twang of a Tele. Yes, it is versatile, the controls allow you to split the pickups and the 2 separate volume pots give you a large palette of tones. Still, Teles and Strats are a thing of their own and you can't get everything out of one single guitar. It's got stunning loolks, feels right (apart from the body's rim that protrudes uncomfortably in your forearm), plays right with its nice neck carve and big jumbo frets. I'd say PRS have got their own flavor, some like it some don't, their high def output won't suit everybody's taste. Goods guitars for sure, but not indispensable in an arsenal.

I picked up an SE 245 last year. I absolutely love it! The burst finish is poorly done but it plays and sounds fantastic. It's in my profile pic.
You must log in or register to reply here.