I'm a player who likes to entertain by performing

Agreed on all these Bill, but I've gotta add Bill Kirchen to the list. Bill, excels in all three categories and is always an absolute joy to see live, as I'm SURE you are aware. ;0)

Back in the day I saw Arlo Guthrie play a few times at a local college and he cracked everyone up. I still am in awe of his ability to just keep playing Alice's Restaurant while chatting, asking questions, etc.

Live was INTENSE - around the release of Mental Jewelry and playing their home turf Chameleon in York. I don't even think they interacted much, it was just like they were exploding with intensity and the whole place got swept into it. Indigo Girls and Disappear Fear were really great acoustic shows and they told great stories in between some amazing live performances.

Then came the kids and I didn't get to shows as much. Though credit where credit is due.... the Wiggles have a pretty fun live show

We just saw Blue Man Group. It was pretty entertaining when they were being silly. I liked but didn't really love the music- need vocals, need swing, need something other than 4/4 time on computers- and that kind of put a damper on things. But they were absolutely "entertainers."
Click to expand...

Alice's Restaurant is what should be played while the condemned is being prepared for lethal injection. Might as well torture them for awhile, they deserve it.

Love him or hate him, David Lee Roth was one of the ultimate entertainers. I remember seeing Crosby, Stills and Nash back in the day and man, that was story time...amazing entertainers

On a slightly different note I saw a Beatles tribute act called Rain. Those fellas could do all 3 super well but entertaining edges out the first 2. I left thinking I had just seen the Beatles. Heartily recommend seeing the group.

I've been a player, teacher, performer, wrote reviews for print and now a collector. I've never been an entertainer. It's hard enough for me to play in front of a large crowd without having to dance, roll hats up and down my arm or publicly grab my sack. Oh. I also don't jump up and down because I might break something.

Old Verle Miller said:
We have a wide variety of posters here with serious in-depth knowledge and significant experience so I thought I'd run this by the group to see if it still applies.

I suspect most here are at least guitar players and there are some who are real-live performers, either in solo gigs or in a band and some of them may even make a decent living doing it.

But I also think there's a leap from being a performer and being an entertainer.

Example - I see Vince Gill as an entertainer - if you've ever seen him live with the Time Jumpers and he starts telling stories you'll see why. Although over-the-top in terms of arena productions, Garth is a real entertainer. Raul Malo of The Mavericks falls into that category as do Tommy Emanuel, Brad Paisley and Joe Bonamassa. Dick Clark once said Paul Revere and The Raiders were the last of the "show bands." For me way back when, Tina Turner was electrifying.

More than just applause, you see smiles on the faces in the audience. When you go home after one of their shows you feel like the trouble and expense was worth it.

What examples, alive or dead, fit your definition of an entertainer?
Click to expand...

You can deduct a wider variety of Expenses if you call youself an Entertainer. 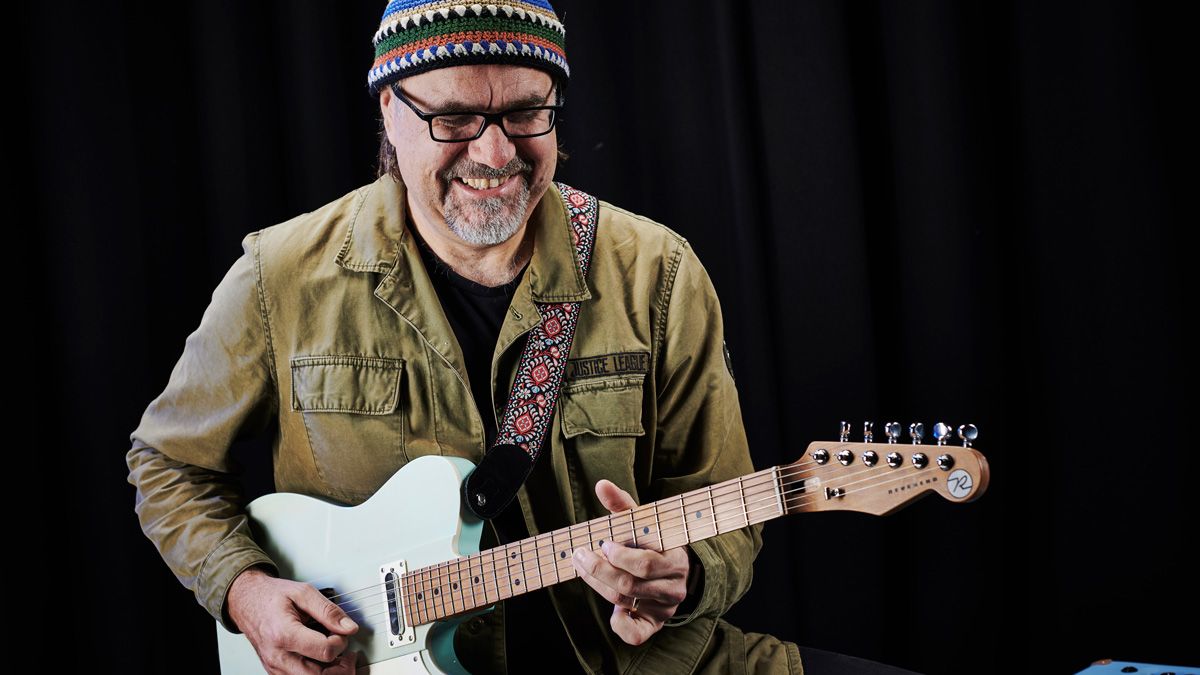 Entertainer all the way even though he's got chops for miles and miles!
He's like this impossible mash-up of Danny Gatton and a stand-up comedian.

I am seeing him on Saturday!

Jazzcaster21 said:
I am seeing him on Saturday!
Click to expand...

I do believe you're gonna be one happy camper on Saturday. Enjoy!

Most of my gigs are sideman so I don't really have to entertain other than play well and hopefully the music I am playing is entertaining. The few gigs where I have been the leader there weren't that many people in the audience but, I still managed to say a few appreciative words and tell a bad joke. Acknowledging the audience is very important even if it's just a little bit between set breaks.

If you play (or sing) and perform well, you ( IMO), you will be entertaining!

loopfinding said:
What about “artist” though? Plenty of those who are not just “players,” “performers,” nor really “entertainers.” There is a lot of amazing music where it’s about the compositional ideas and not the act or the skill, the performance is just a realization of the concept.

Don’t get me wrong, entertainers are just as valuable as artists too. I don’t think it’s right to turn your nose up at that. But the thread topic is funny, because people in on the art side will use "entertainer" as a derogatory term. People more on the entertainment side will dismiss art without technique as wankery.
Click to expand...

That's interesting, because I was just going to ask if they have to be light and fluffy to be "entertainers".
I see entertainment as art.
Actually, I see lots of things as art that no one else sees as art, because I'm a weirdo, and I reject the academic definition of art.
I aspire to be more of an entertainer. I think it's very cool to be an entertainer, in general, although there are certainly entertainers that bore me. I never dismiss someone because they're an entertainer.

For me, circus performers are probably the kind of entertainers I look up to most. But I don't have that kind of act. I have to settle for performer.

I find there are components of all three in a person playing live music. Myself, while playing a solo performance, I aspire to be all three to one degree or another. As a player, I aspire to be sufficiently adept at playing to achieve the second, performer. Playing, and singing well equates to performing well. If I perform well, the audience is usually entertained. An entertainer performs music and/or vocals to his/her best ability to engage the audience and provide a pleasurable experience for them. A line of stage patter, in the form of humor or stories, often helps "entertain." Some performers rely more on their playing and/or singing more to engage the audience, others the stage patter or dancing and movement. The best case scenario would be a strong presence for all factors, but most of we mortals have to rely on those that are stronger in our makeup. Those who are exceptional in any combination of these make up the "immortals."
You must log in or register to reply here.