micpoc said:
New Order were more influential than any of ’em.

Who did the lead bass thing first, Smith or Hook?
6

I jut hope the boys can patch things up...release an album of duets. Maybe then the music world can begin to heal.
D 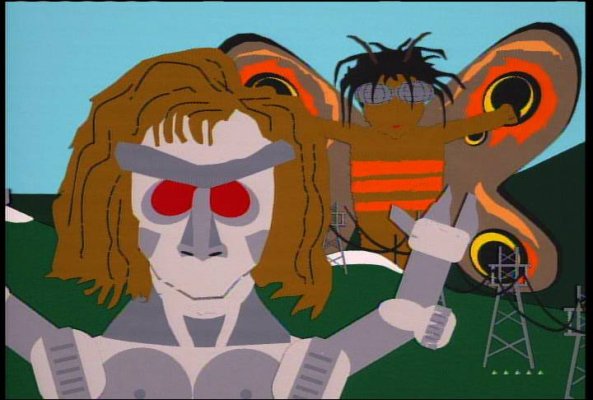 Ten pages and no mention of Robert Smith saving the world from Mecha-Streisand.
D

David Barnett said:
Who did the lead bass thing first, Smith or Hook?
Click to expand...

I meant the specific sort of lead bass line common to Cure and New Order songs in the '80s...

It's a specific style, and doesn't really owe anything to JAE.
D

David Barnett said:
I meant the specific sort of lead bass line common to Cure and New Order songs in the '80s...

It's a specific style, and doesn't really owe anything to JAE.
Click to expand...

I know I just had to blow his horn as he influenced both.

Hook was doing that in Joy Division so I would say Hook was first.
S

backporchmusic said:
Well, since we're just saying subjective stuff and pretending that 'wins the internet', the Jam are grossly overrated, only popular in the UK and can't hold a candle to the Cure. Oasis was a Beatles style band, not the Jam, no matter what Gallagher says.

With respect to influence--influencing a band in the UK is nothing compared to influencing bands around the globe. Worldwide success, like the Cure has, does that.
Click to expand...

Haha, you definitely win the internet with this. I can’t hear the slightest bit of Beatles influence in the Jam. Not one little bit.

Your second point is pretty true, though. The Jam were very important, briefly in one country with a little bit of ripple effect on mod revival bands (there were a ton of them in ‘78- ‘82 and the Quadrophenia film probably had just as much to do with that), whereas the Cure made meaningful records through the end of the 80s and into the 90s with “Wish” being one of their most impactful albums in 1992- that got major action at alternative radio with “Friday I’m In Love” and their MTV unplugged show getting constant replay. Paul Weller had a really nice couple of solo albums in the 90s that sounded like a Britpop version of Traffic- some quote soulful tunes on Heavy Soul, Wildwood and Stanley Road, but overall his solo career has been inconsistent and he’s kind of a beloved elder statesmen of a particularly vibrant time in British pop. ’Bit of a cranky old geezer, too.

Too bad that wasn’t Ray Charles, who could actually sing…

buster poser said:
Yeah, I'm a (minor) fan actually. Some great hits, obviously an icon and influence on many, including Noel Gallagher for good or ill. But that Paul's spent "decades" viewed widely as "the pinnacle" is kind of overselling it for me.

And I'd say the same thing about Robert Smith, who has sold 10x more records than Mr. Weller.
Click to expand... 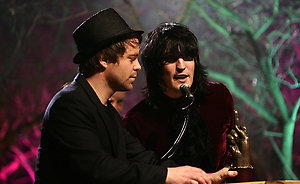 Noel Fielding: 'I want Robert Smith to play my uncle in 'The Mighty Boosh' film'

beyer160 said:
Four, actually. Which kind of prove my point.


Up through Pornography (1982), the Cure had a post-punk goth sound (Killing an Arab, Boys Don't Cry, etc). I actually like the singles from that era, they're a lot different than the stuff that came after because starting in 1984, they changed to the more pop oriented sound that made them famous. That same year the Smiths made their LP debut with the same basic mope-rock modus operandi, only Morrissey and Marr were much better at it and established a legacy that the Cure would never equal.

If you lived under a rock in the '90s, perhaps.

Smiths and Morrissey were too whiney and angsty and navel-gazey in a not-too-bright, obvious, heavy-handed way. The Cure, though sort of suffering from a similar set of maladies, were doing something new and interesting. Smarter, cooler, less “high-school sad boys”.
Last edited: Nov 14, 2022

colchar said:
You've heard of The Cure but have never heard of "Town Called Malice"?

Oh! I’ve heard that before. I always thought it was the Supremes.

Bob must have dissed his ridiculous mullet.

noparadise said:
Bob must have dissed his ridiculous mullet.
Click to expand...

I think he maybe buys it in the same shop as Johnny Marr buys his.

pixeljammer said:
Smiths and Morrissey were too whiney and angsty and navel-gazey in a not-too-bright, obvious, heavy-handed way. The Cure, though sort of suffering from a similar set of maladies, we’re doing something new and interesting. Smarter, cooler, less “high-school sad boys”.
Click to expand...

I always thought the Smiths were pretty funny, though Moz has been repeatedly exposed as a complete doofus in the 30+ years since they split up so I dunno. I think the "goth" sartorial sense of a lot of these bands' fans unfairly contributed to the perception of the bands themselves. Only ones who really fit the dress for me are JD, Bauhaus, and Sisters.

I like 'em all and it's just music, but if someone were to mention a nemesis of mine in a for-print attribution, I can't imagine having a go at their weight let alone that I would slap them, lol what a weirdo. My guess is Bob is like Don Draper in this oft cited clip.

colchar said:
So he's not allowed to dislike someone?
Click to expand...

That was your takeaway from my post? I don't know if my post speaks to anything that Paul Weller can or can't do.

Dostradamas said:
I know I just had to blow his horn as he influenced both.

Hook was doing that in Joy Division so I would say Hook was first.
Click to expand...

Ah yes but Joy Division was formed by Hook in 76'
Cure didn't get together till two years later.

So I still attest Hook Perhaps the most truthful song I ever wrote. And very Paul Weller influenced.

Would a Boss Katana-50 MkII amp be the right amp for recreating Robert Fripp like tones?

Is anybody else personally or seeing fellow worshipers getting really hammered over the last year and a half or so with all sorts of strange stuff?