Partscasters...would you do it again?

....and I'm getting better and better.

I went on a set up course a couple of years ago and that has improved my builds significantly.

I can't until I retire and I can do it full time.

I plan to do it again, in the same way. Source high quality parts. No compromises and give it to my mate (experienced guitar builder) to assemble.

Know your limits, you can buy all the best woods and components but your skill level when it comes to assembling is the crucial factor. I play alright but my building skills are minimal.

Maybe I just got lucky, but my parts "Tele" came out amazing and is my main guitar. It has a great feel, especially unplugged which is important to me. I built it mainly with budget parts, paid slightly more for the neck and pickups, though nowhere near boutique range, and I can't really see how it could be improved upon. I needed to level the frets to get it playing in top shape. As mentioned by others, finishing is a challenge, but since the body had nice wood, I simply went with wiping on shellac, which had a bit of a learning curve at first, but was enjoyable and came out great. 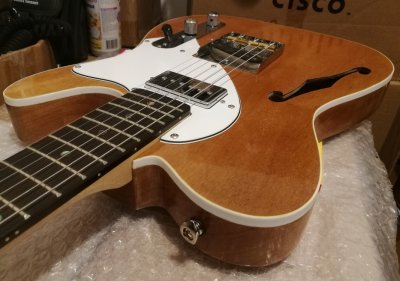 I just built another Tele style from scratch - body and neck - so it's getting all the playtime now but it's got a vintage Strat tremolo, so it will always be a different beast.

Will definitely do it again.

blueruins said:
I know there are a ton of partscasters on this site.

Was the end result worth it? wWhat would you do differently and what did you get right?
Click to expand...

Though mostly of Fender parts all my Fender style guitars are Partscasters because even though I buy complete Fender guitars I mix and match until I get what I want, then put the leftover parts together and sell that Partscaster.

Mixing and matching is why I love Fender and IMO just buying a guitar and keeping it stock is like buying Lego and only ever building the picture on the front. Model kits are for building to a picture, Lego is for building anything you can think of.

So in my world Gibson is a model kit. You can paint it a different color but you're still going to make what's on the box & that's cool. Fender is a box of parts that fit together and you can do whatever you want with them.

Just wired this guy up a couple hours ago. It's I think the only Partscaster I currently have that isn't a Fender neck and body.
Edit: I forgot that this one is also not a Fender body. I think if you really know what you want it's great. Otherwise, you could end up like Stevie Morse back in the day. 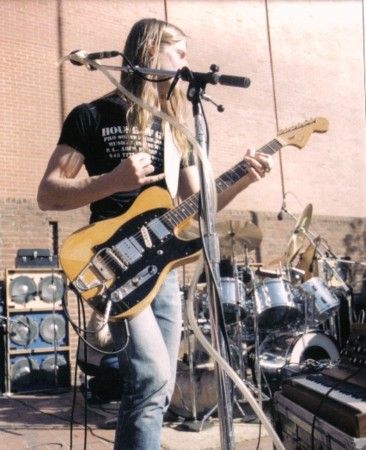 Probably won't do another Tele, but only because I'm perfectly happy with the one I made. That and the fact that the MIM neck I used has gone up from £168 to £379 now 2 years later.

I was a bit of a money pit because it was done in many stages over a period of years: It started as an Affinity Tele that I changed the neck on, then the body, etc, so that there are only a few screws and strap locks left now.

It has a nice lightly aged body by SC relics, though it's a bit on the heavy side so I may yet replace it with a lighter one at some point.

I need to paint the cavities with conductive paint because I fitted an Eric Clapton mid boost PCB and I noticed during rehearsals at higher volumes that it picks up some noise that my Jaguar (with the same mid boost) doesn't have as I've already painted the cavities on that: So many great custom made parts easily available at good prices

Several widely known suppliers for anything you could want

I think they have value if you know exactly what you want.
I also think you have to be realistic.
The imaginary black guard that everyone thinks is perfect, isn't.
You're still going to sound like you even if it's your perfect guitar.

I love every one I have made because there is absolutely no compromises. They are exactly what I wanted.

I will eventually have to build a partscaster, because they don't make jaguars with tele bridges.
I haven't built a partscaster because doing it right costs more than buying used and switching pickups and pickgaurd. I dont own any electric guitars that are stock,the closest is my tele with a different guard, the most changed is the PS mustang with different pickups, bridge, pickgaurd, switch.

The cost is a limiter in making partscasters a habit. I thought about turning squier stuff into things, but they're never cheap enough. Like, only a few hundred less than a mim neck and ordering a body and guts.

For now, I'll stay on the slippery slope of buy a guitar and keep the 2 wooden pieces together while changing the rest.
Something with a Toronado/powercaster neck and a Bigsby will most likely be what tips me over. It seems more deliberate than having to swap to a top loader to move the bridge an inch.....

Do we all agree that it's just a modified guitar until the neck and body go thier own ways?

ReverendRevolver said:
Do we all agree that it's just a modified guitar until the neck and body go thier own ways?
Click to expand...

I had the same question earlier this evening on another thread about partscasters. My Jaguar started off as a MIM Player with a bridge humbucker, 3 tone poly sunburst and modern tuners. Ended up quite differently, but still has the same neck and body... I love my partsmaster but would hesitate to do it again

I’m the type of person that has to use the best I can afford at the time, I’m not gonna throw something together for the sake of it

The only way to get your money back out of a parts beast is to sell it how you assembled it...in parts
Last edited: Jul 11, 2021

Phrygian77 said:
I think if you really know what you want it's great. Otherwise, you could end up like Stevie Morse back in the day.

Yeah, I knew what I wanted and still ended up there

4pickupguy said:
I love every one I have made because there is absolutely no compromises. They are exactly what I wanted.
Click to expand...

I did the same and love mine too. It was built for a purpose which might not make anyone else happy.

I do wonder how many are satisfied when sticking to a target budget and that probably needs to be discussed in this thread as well.

Mine came out great

but after that I started building em from scratch

The only reason I won't do it again is I have more than I need. I've done two partscasters, one has been modified since with a b-bender & more pups. Love both of them plus my other two teles.

I built this hardtail strat back in 1997 and I'm still trying to get it sorted out... 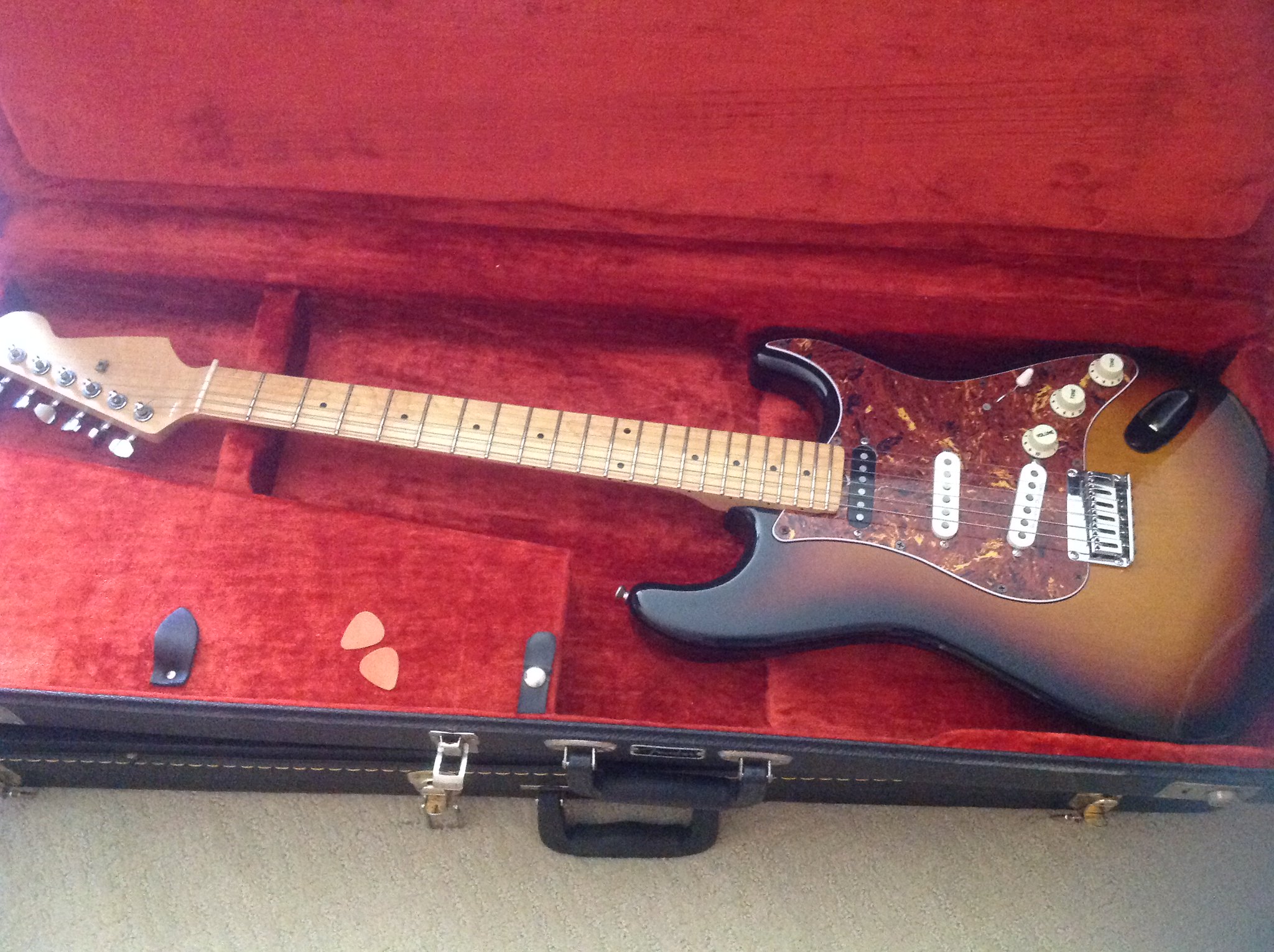 At the time, I had just gotten my first job, so I decided to build a guitar to celebrate. I think the neck and body are Allparts or Mightymite. No markings on either and I don't remember where I bought them, only that it was mail order.

I was young, unskilled, and had limited tools, but managed to put it together. It sounded great, but played so-so. Lots of fret buzz and I couldn't get the action right. Shortly afterwards, I quit playing (1998-2020).

Last year, I started playing again and decided to give this one another try. I had learned a lot more about setup and started checking. First, I figured out that it has a double-action truss rod, which improved the playability. Still, I had to have the saddles super-high and there was still some buzz.

I took it apart and started measuring. Turns out the neck is 1/8" taller at the heel than standard. That combined with jumbo frets is at the root of the issue. Going to rout the neck pocket and hope for the best.

Would I do it again? Sure would, I have a Tele build waiting in the wings. As others have mentioned, you need to do some work beyond bolting everything together. On top on that, there's a bit of luck an synergy involved. Even with the headaches, it's been a great learning experience.

My first partscaster was a Jazzmaster, since Fender didn't make one the way I wanted it. I spec'd all the parts myself, spending where I had to and compromising where I felt it was less critical (I used USA Fender hardware and boutique pickups with a Squier body, don't tell anyone). I bought a raw Warmoth neck and finished it in Tru-oil- at first I was afraid I'd bitten off more than I could chew, but it turned out great. The other partscaster I made was done more or less out of boredom during the early stages of the Late Unpeasantness. I had most of the parts for a Tele laying around, so I ordered a cheap barncaster style body (from Nomoonlaser on eBay- nice bodies at amazing prices, get one before they go up!) and the other bits and pieces. This one came out so good I keep thinking about selling off my Fender '60s Classic Tele (which is itself a fine guitar). Would I do another? Sure, if a good parts deal presented itself or I wanted something i couldn't get from the factory.

i'm not sure i'll ever buy a stock instrument again unless it's a special circumstance. factory guitars still require plenty of work to play and sound their best. a little extra sweat equity can get me a fully customized version of the same instrument for a fraction of the cost. add in the knowledge and the sense of satisfaction gained from the process, and it's a no-brainer

keys to a successful build:

- plenty of research prior
- know what you're attempting to achieve
- source yourself quality components
- approach all the necessary work with patience and care
You must log in or register to reply here.

Y
How do you deal with perfectionism?
2 3

Lets talk about a DBX-160.. (or reapers Major Tom) or compressors in general if you want...