On what have you changed your mind over the years?

I used to think the neck of a guitar was bewildering, country was for saps, rock would never die, old people were just in the way, gear was irrelevant, jazz was impossible, the cream would always rise to the top, and my kids would love music as much as I do.

I grew up in a country music stronghold. You were nobody if you didn't play a Tele and people spoke as if when you became a real talent the heavens opened an your Martin was lowered to you. I swore I'd never play a Tele because of all the pressure. The heavens never opened up for me.

And then I heard this: 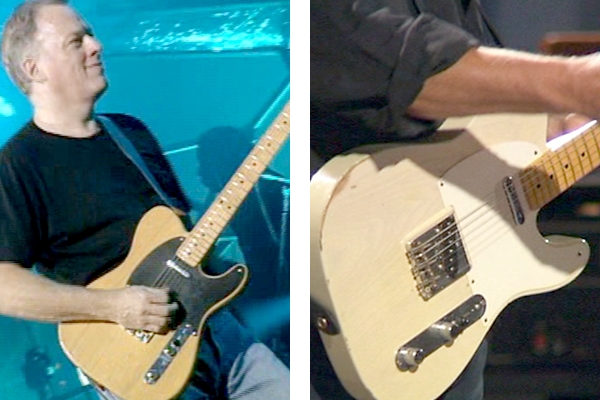 and added a Tele to my studio session kit: 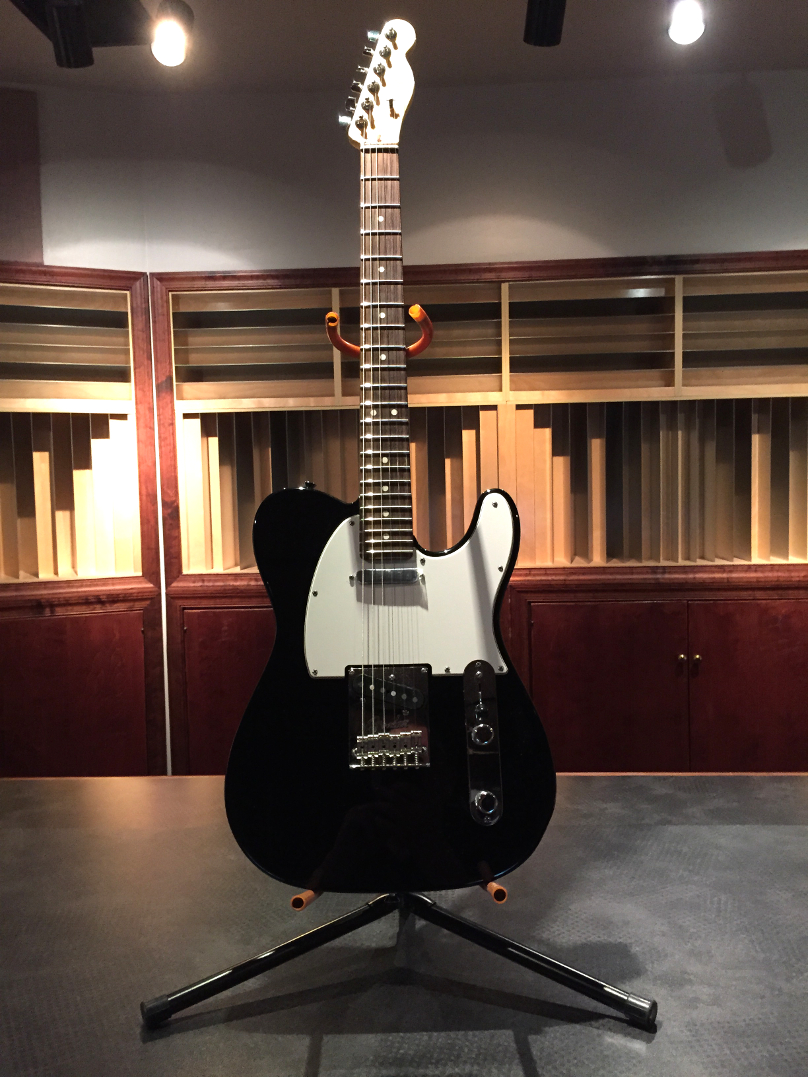 And then last year the heavens actually did open and my wife bought me a very nice Martin OM-28. 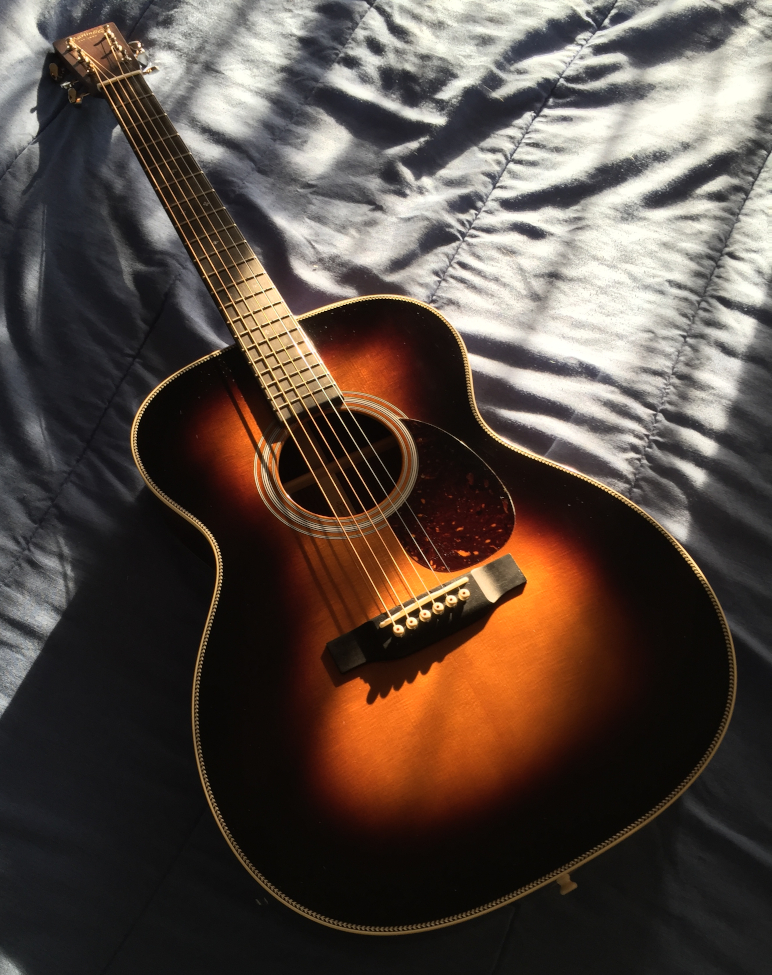 I realized by accident ( about 8 years ago, getting a Vox Pathfinder) that I did not need a tube amp or big amp to sound good/ play gigs ( mostly on the small size)
Not anti-tube, just room for both!! ( have a fun assortment now)

I changed my mind on what key "Sweet Home Alabama" is in.

About guitar? I had to have dirt. I didn't like Fenders. And of course, big amps are no longer necessary.

First I was "wut"

without ever owning one!

Rosewood fingerboards. It turns out I do like them!

I now believe that, quitting my job at 32 (partially through health) and becoming a stay at home parent while my kids were at school and my wife's career took off was not an emasculating experience.

As far as gear goes, I never adopted the concept that the gear was responsible for success, so I didn't necessarily focus on who played what. After all, many great players played all kinds of different stuff. There was no logic, to me, in thinking that the right gear would make me a better player.

Mostly it was self limiting stuff, such as: I didn't deserve good stuff. I couldn't be anything other than average.

Stratocasters and LP jr's i love them both now, when I was younger I remember distinctly despising them for no real good reason

Ronzo said:
Only the left-handed ones!
Click to expand...

I seen what ya done there.

Hmmm. I don't remember having really strong opinions about guitars n stuff when I was younger, and in all honesty the first electric guitar I ever owned I wish I had never sold (lawsuit era MIJ 335 knockoff).

The biggest musical thing I have "evolved" on is the idea that singing ability is an innate thing and not just another instrument to learn. That was a hard lesson to get past and it really set me back at times, musically. As far as guitar tones and stuff go, Teenage Me would have loved Middle Aged Me's guitar tone and collection.

I used to wonder if there was life in the universe.

Now I look around and know there is.

Floyds. At one point long ago 2/3rds of my guitars had them. Now, out of 15 or 16 guitars, there are only 2 with Floyds and they are the least played axes I own.

7 String guitars. I used to salivate over having an Ibanez Universe but now I don't even look for them on line or really care to have any 7 string. I don't dislike them but don't feel any pull towards owning one at all.

Amplifier output tubes. Back in the '60s and most of the '70s I was all about owning amps with either the 6L6GC or EL34 output tubes. Over time I lost all desire for EL34s and backed off quite a bit on 6L6GCs. With experience and a lot of trial and error I found my very favorite tube for this purpose was the EL84. Five of my eight amps use them. My next favorite tube is the KT77 which sits right in the middle between the tone of my two old favorites.

Back of the neck carve. Originally I preferred the slim SG neck shape but much later found the '59 LP neck shape more to my taste. In the last 15 years or so I've switched to a preference for the Large "C" shape most associated with the '63 Fender Stratocaster. If I were having a custom guitar built today the Large "C" would be a definite requirement. It seems the older I get the more I prefer large necks.

For the longest time I wouldn't dream of playing anything that wasn't equipped with 2 humbuckers.
Nowadays I also enjoy a Tele with hot single coils and P90s are amazing.

Nothing but 10s on electrics for many years.
Now 9.5s for my olde hands and general enhanced playability (i.e., boomer bends).

Fender thin picks in my youth.
Switched to mediums in my college days.
Now I use the big triangular picks in gages from .72 to 1.25.
Easier to hold onto with olde hands.

Thought tube amps were the top of the food chain for the longest time.
Recently discovered that the new generation of solid state amps sound great.
And no more issues with tubes and their weight and fragility.

Drove Oldsmobiles in my youth.
Switched to Fords about the time I got married.
Couple years ago switched to a Chevy Colorado and have been deliriously happy since.

Played acoustic most of the time during my youth (John Prine, CSNY, etc.).
Followed by "classic rock" (we just called it "music" then).
Jumped into blues-based music for about 4 decades.
Now rediscovering the joys of country, thanks to Kenny Vaughn.

Jackroadkill said:
I used to think jazz was horrific; I now know that it's purely demonic.
Click to expand...

"I need one of every main type of guitar".
"Complicated music which has lots of really fast notes and unusual rhythms is definitely the best".
"I've really outdone myself with this song. Many other people will certainly like it".

I just need a few guitars. You can only play one at a time!

I used to think I could learn nothing from younger people. Definitely wrong about that one.

And guitar neck radius per inch
You must log in or register to reply here.

Well, I digitized the second show I ever played, and I shouldn't have waited any longer doing so.