Obscure to me at the time, “Souvenirs” by Dan Fogelberg. Great album.

I knew they were Texas (Austin?) band but didn't know about Sirius! Off to Google!

I think BP formed in San Antonio.
There are several YT videos of their reunion shows at the Saxon.

brookdalebill said:
I think BP formed in San Antonio.
There are several YT videos of their reunion shows at the Saxon.
Click to expand...

It was cool to hear they were still at it in one form or another!

Happy Enchilada said:
This masterpiece of amazing guitar boogie popped up on my radar back in '78 when I was DJing a late-night weekend show on a college FM station as a promo copy. I still have it. Bought it again a year ago as a CD so I could rip tracks onto my PC and portable MP3 player. 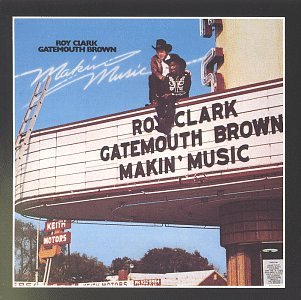 When I bought the CD it was $30 and I thought that was steep - it's now $75!!!
"Caledonia" from this record is a surefire cure for depression:

I love this album. My dad had it when I was first getting into music as a young teen and the guitar playing blew my mind. I wish I would’ve bought a copy at $30 because it’s out of my price range now.

Area51 said:
Ahh yes, I really liked the Edie Brickel and the New Bohemians. Which finally made me think of a contribution:

1. My older sister introduced me to Judas Priest, around the time Turbo came out. Preteen taste being what it is, I thought it was pretty good and wanted more. So when I found a used copy of Sad Wings of Destiny, it absolutely blew my mind. But the culture of the area I grew up in, such as it was, was all about hair metal and/or country, so no one knew why I was raving about this decade old album.

2. In the early 90s, I had the great opportunity to leave my provincial little town and go to Melbourne, Australia as an exchange student. While there, Metallica came to town, and a band named Kyuss opened up for them. They were so good that I had to get their album, and that's how I discovered Blues for the Red Sun.

3. In the early 2000s, I had another great opportunity - to stop working as a mover and go back to college. My part time job at Radio Shack barely covered my bills, but I had recently gotten access to high speed internet and discovered a certain file sharing protocol that resulted in torrents of new music. One group I downloaded as an experiment and randomly clicked on a song with a funny title. That's how I discovered Venetian Snares and how aggressive electronic music could be. The song title in question isn't appropriate for a family site like TDPRI but it is about a town in Canada called Winnipeg. 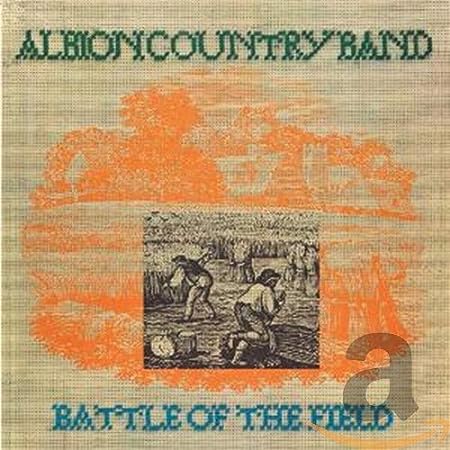 An all-star collection of ex-Fairfield and ex-Steeleye and future Steeleye members do a collection of electric folk songs and murder ballads, and a couple of Richard Thompson covers.

jbmando said:
Obscure to me at the time, “Souvenirs” by Dan Fogelberg. Great album.
Click to expand...

one of my favorite albums. I keep it on a thumbdrive in the truck. The green record with to the morning is good too...

among my favorite songs to play in a band is as the raven flies..
M

Lone_Poor_Boy said:
Oh yeah, 'My Baby Gives It Away' and all.

With the late great Charlie Watts bashing the pagan skins on that tune!

Lone_Poor_Boy said:
I mean obscure, relative to you and where you were in life at the time.

And I DON'T mean obscure as in really odd, just-different-to-be-different music.

These are the top three that pop up in my head. I stumbled onto the Dave Edmunds and Kinks compilation in the late 70's, and Prine in the 90's.

I was in High School for the Kinks and Edmunds. While all my buddies were into these new bands Judas Priest and Van Halen, I was tapping into the 60's stuff; Stones, Dylan, Hendrix, Doors. And then I found these two.

On Prine, I was only aware of him mostly by name, but came home from work one afternoon in 1996 or so and the house was empty and I was beat so I dropped on the couch and turned on the TV and Austin City Limits was on, and here was this guy. Halfway into the first song I ended up sitting up, captured until the end. Love him, his history, and was glad I got to take the family to see him at the Boulder Theater. It was a bit more stripped down with only him, a bassist and one or two others, but we were in the front row.

I can still sing every song on all three of these albums off the top of my head! I don't know if this is 'obscure' in the US, given the folks who appear on it. It was written by an Englishman, apparently...

But, in the UK in the late 70s and in especially in my world at that time, this is much more than obscure. I was in a record store and I heard this track, and walked out with the album!

I still don't actually know anyone other than me that has even heard of it.

I still listen to it, and it's the ONLY 'country' album I've ever owned.

changed a lot of things about me and my harmonic/timbral aesthetic.

this one too. got me into a lot of electronic music.

Another album and band my older brother turned me onto. I was very fortunate that he sought out and got into the underground and/or obscure stuff at the time.

Obscure in the US: Tolonen!, Jukka Tolonen’s first solo album. Some smokin’ 335 playing on side 1. Side 2 is more moody and mellow but ends with a sick live jam.

Brian Protheroe had a minor UK chart hit with the single "Pinball" lifted from this album. (Side 1 track 6.) Great songwriter in my opinion, but definitely "obscure".

Autobahn by Kraftwerk. Not so obscure now.

The benefit of living overseas (Europe) during part of one's formative years is that one gets exposed to a lot of music that often doesn't cross the Atlantic. Such is the case with The Groundhogs: Thank Christ For The Bomb. Tony McPhee had some real success in England, but that didn't translate to the U. S. On the domestic front, I was hooked the first time I heard the Sons of Champlin (named for Bill Champlin, who would go on to sing for Chicago). Their debut double album Loosen Up Naturally still gets a lot of play time (I also later purchased it on CD). The Saints, from their 1986 album, "All Fools Day." I still have the cassette around somewhere.

My late bro put me onto this....The High Llamas