No Secrets by Carly Simon is overlooked

Following her stellar 1970 debut album, which won her a Grammy award for Best New Artist, and its solid follow up, 1971’s Anticipation, produced by Paul Samwell Smith, Carly married James Taylor, and eventually hired Richard Perry, a producer of Ringo Starr, Harry Nilsson, and Tiny Tim, to produce No Secrets, seen by many as her greatest album. Reaching #1 in 1972, it included her only #1 hit, You’re So Vain, famously written about Warren Beatty, and featuring Mick Jagger on uncredited backing vocals. It also contains His Friends Are More Than Fond Of Robin, We Have No Secrets, The Right Thing To Do, When You Close Your Eyes as well as the song Night Owl, written by hubby James Taylor and featuring Paul and Linda McCartney on guest vocals. Night Owl is a loopy song with an arrangement that can be best described as country jazz.

This album is a must listen from start to finish, but it’s also an album that probably never will get the acclaim it deserves. If you need to own one Carly Simon album, it should be No Secrets. Almost everyone’s parents, I’m sure, had this album in their collection back in 1972. For an album released 50 years ago, it has improved with age, and I really hope Rhino releases it with bonus tracks. Carly helped create a fertile type of feminine pop music that continues on to Carly Rae Jepsen’s Emotion, Taylor Swift’s 1989 and Sarah McLachlan’s Fumbling Towards Ecstasy.

And whilst not from No Secrets, That’s The Way I’ve Always Heard It Should Be is a breathtaking wonderful song, and one that should be played on radio more often. Shame that Carly suffered from severe stage fright and refused to tour (in fact, when Carly appeared on SNL, her appearance was pre recorded due to her anxiety.)

Not by me.
Carly, her singing, writing and more obvious charms were always right on my radar.
Hugely talented woman!

My sister had a copy and I remember it well. There are some good/great songs on it.

Paul Samwell-Smith was the bassist with The Yardbirds before he tired of the touring aspect and stepped aside (and Chris Dreja shifted over from rhythm to bass).

Carly Simon makes me unhappy. I'd much rather have seen Lauro Nyro or Sandy Denny break through. But, Simon is way better than Helen Reddy or Olivia St. John. I will admit that. 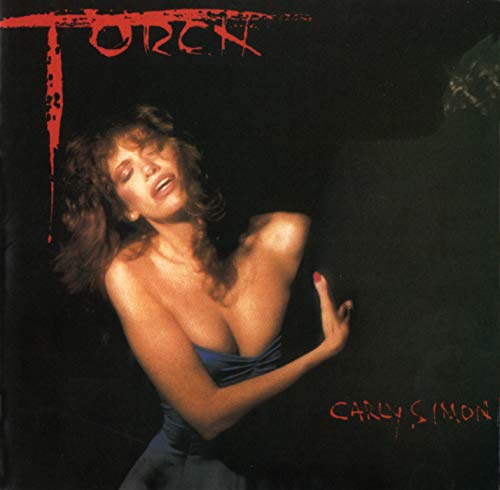 boris bubbanov said:
Paul Samwell-Smith was the bassist with The Yardbirds before he tired of the touring aspect and stepped aside (and Chris Dreja shifted over from rhythm to bass).

Carly Simon makes me unhappy. I'd much rather have seen Lauro Nyro or Sandy Denny break through. But, Simon is way better than Helen Reddy or Olivia St. John. I will admit that.
Click to expand...

Meaning Laura Nyro and Sandy Denny DID break through. But I see your point. Not super-star breakthrough level.

I loved all three of them, honestly. Maybe, Laura Nyro the most. She was just incredible.

I truly enjoyed the No Secrets album cover.

Esquire Jones said:
I was ready to disagree with your comment.

Meaning Laura Nyro and Sandy Denny DID break through. But I see your point. Not super-star breakthrough level.

I loved all three of them, honestly. Maybe, Laura Nyro the most. She was just incredible.
Click to expand...

Uh, amen!
I think ONJ is also immensely talented, and stunning, too.

I got to see Carly Simon do a solo show on piano in the early 80s in Monterey, CA. She was a musical force of nature. HUGE talent and charm.

She won over the audience by the end of the first tune.

Most "silver spoon" kids like her never have to work--and most don't--but she put in the effort and became a superstar.

Good review and very nice writing. While I see her in a different light from some of the other ladies of that period I think the quote above is very much on target. What I recall is that Carly very deftly straddled her own place in music between folk, rock and pop.

IMMusicRulz said:
Almost everyone’s parents, I’m sure, had this album in their collection back in 1972.
Click to expand...

Maybe almost, but not all for sure. My parents had big band records on 78’s and things like Perry Como, Doris Day, Sinatra, Peggy Lee, etc.

Now I was 25 with four sons when that album came out. I did have it, but certainly not my parents.

I had a crush on her even when I was 6 and didn't even know why. It was both her voice and her appearance. Still is I guess.

It was 1972. I remember hearing the line "clouds in my coffee" on AM radio. I am in the front seat of a parked car. It was a car with completely unsafe dashboards that were pointy. The glove box was almost big enough to crawl into. It had no shoulder belts. It was in the summer. The car had metallic Pelham blue paint. The sun gleamed off the chrome. There was a bit of the windshield, a stripe along the top, and the stripe was tinted very dark blue and was a little opaque. I remember pondering that line clouds in my coffee line, even at 6 yrs old. I could feel that Carly was strong, but maybe hurt also, but she kinda felt fierce too. Then the guitar solo comes along. It is short and simple and woozy and then there's more clouds in my coffee. Carly sings about a total eclipse of the sun and I look up and see the sun through the blue tinted windshield strip and the clouds like in Carly's coffee and squint my eyes to make it all fuzzier and more diffuse.