NMAHD - is this the start of a new gear obsession?!? Lol

Well, it's not here yet, but I should have it by the weekend for the true NMAHD party. I've always been a fan of Soldano amps, but not the price. I recently came across the SLO Mini 30 and watched WAAAAY too many YT videos about it. The nail in the coffin was when I started talking about it with another gearhead buddy who also loves and has owned Soldano amps, which made him start watching the same videos, which just fed an absolutely predictable cycle of GAS for both of us. 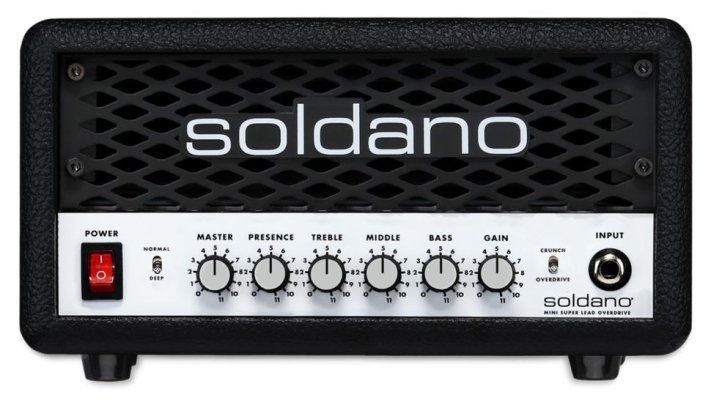 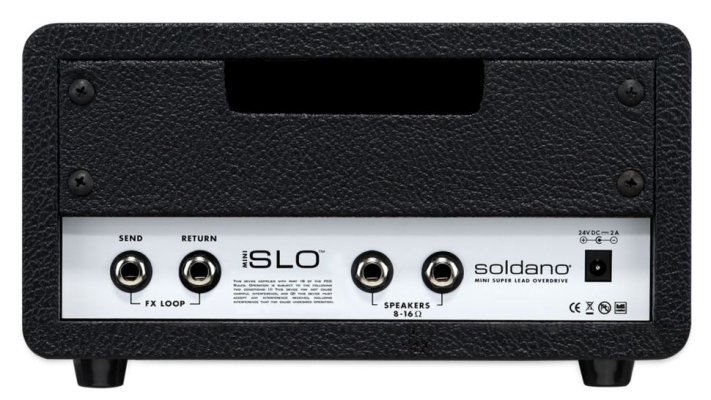 A call to MF to get 10% knocked off the top, pulled in $55 in loyalty points, used a $25 gift card I had lying around, and it's on its way to me for about $160 out the door. Love that it has an FX loop to make it more pedal friendly, as well as opens up opportunities to run direct.

It's supposed to get about 75% of the way to the tone and characteristics of a SLO100 at about 5% of the cost. We'll see if that math holds up when it arrives, but it sounds pretty close. Even if it turns out to not be that close (as I'm pretty sure it won't in reality), it still sounds pretty mean as its own little mini beast. The first video below has a really well done comparison of the two.

I have the Vox Mini Superbeetle already that is a rippin' little mini head/cab. I can easily see filling up a few shelves with this and the Vox, and maybe adding a Bogner and a Friedman to round out the collection.

Anyone else have or try one of these little mini heads?

I’m super curious about this one for sure. I’ve commented a couple times recently that if they’re really even half as cool as the real thing, they’d be a lot of fun to collect.

I await your report. If it’s loud enough to gig with, I’m even more likely to grab one.

Jakedog said:
I’m super curious about this one for sure. I’ve commented a couple times recently that if they’re really even half as cool as the real thing, they’d be a lot of fun to collect.

I await your report. If it’s loud enough to gig with, I’m even more likely to grab one.
Click to expand...

It’s definitely got the Soldano dna. The tone and cascading gain is really nice with very little tweaking. Cleans up decently on the crunch setting with guitar volume rolled off, which is nice since it only has crunch and overdrive. The depth switch adds some nice low end punch and resonance.

It IS loud, I don't want to swear that it's giggable though. My Engl Gigmaster 30 trounces it handily - Soldano master on 7, Engl on 3, other settings roughly the same and it's not even a competition. It's likely a little louder than your Gigmaster 15 that you already gig with, so it may be worth checking out for you.

Running through my Carvin 2x12 (GT12 100w speakers) it seems to have a hard time pushing them even though they are really efficient speakers (100db 1W/1m), but it loves my Jet City 2x12 with Eminence The Governors (102.3 db 1W/1m). Really gets some depth and volume through that cab. The Egnater 1x12 seems is a little lighter and brighter in general, but the Soldano pushes it pretty well. I'm not sure whether I'm a total fan of the Celestion Elite 80 yet (rebadged Classic Lead 80) yet though.

Next steps will be running the send into my interface to see how it records. I have plenty of cab sims to run it through, so will choose something juicy and see how it sounds there. I'll post up some audio once I do that. 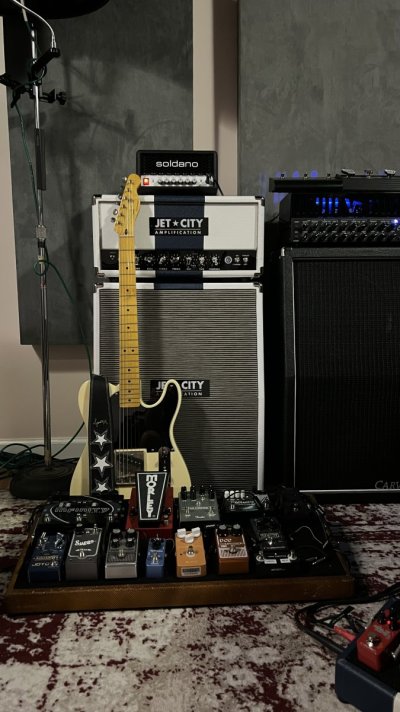 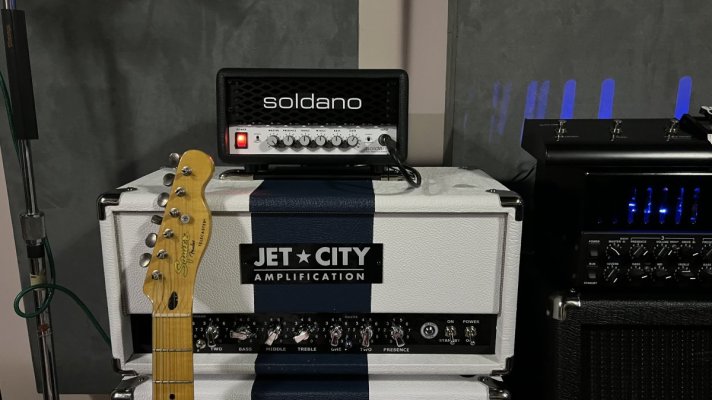 Just took the time to read the manual and realized that all of my cabs are 16 ohm, and this thing prefers a single 8 ohm cab or 2 16 ohm cabs. That might be where some of the <wait for it> resistance......is coming from...haachachaaa...

I have all of my heads and cabs going through a switcher, give me a bit and I'll connect two 2x12s to this little mini beast and see if that helps peel the paint.

Ok, yep, that did it @Jakedog. A single 8 ohm cab or 2 16 ohm cabs and I can feel the sound pressure wind. Definitely giggable as long as you're not playing amphitheaters or stadiums without being mic'd.

Yep, this little thing is a beast. Actually does a really nice in your face clean with the gain on about 3 (think Malcolm Young clean), crunches up a bit with the guitar volume all the way up, but cleans up nicely with a change in pick attack. Roll the guitar volume down a bit and it responds well too. Crank the master to about 7-8 (this one does go to 11...) and it's moving some serious air. Turn it to the overdrive channel with the same settings or put a tube screamer in front of it and it's off to the races...the really loud and raunchy races.

I've officially unplugged both of my 16ohm 2x12 cabs from my head/cab switching system so that I can rock out with this thing since it prefers an 8ohm single and I don't have one......yet.... That may change soon though.
You must log in or register to reply here.