TheFuzzDog said:
It’s not even beat up. The “relicing” is printed.
Click to expand...

archetype said:
1. That's just stupid money for that guitar. I could buy a better life for $1,799.
2. I can't find any specs or reference to it being a printed finish. It's likely 'worn' using a stencil, like most Road Worns
3. Only guitar.com would inform people that it has a "hardtail" bridge. Morons.
Click to expand...

they made replicas of his white guitar...it went for 15k

uriah1 said:
So this is a reissue of the reissue ?
Click to expand...

haha looks like it...i have the 07 model...from what it looks like...the hardware dosnt have rusty relic look...the headstock doesnt look as relic'd...the neck plate has a different design

I call BS on the whole thing. What the hell does Fender take us for?
I made my own for $400. If Fender wanted the guitar to be in the spirit of Joe Strummer, it would be a low-cost Squier.

I thought it sounded good. I would like to know more about the pickups they are using in them.

A friend of mine had one of the original ones. It was a nice Tele if you didn't mind the look of it.
I love Joe and I love the Clash, but this is twice what they should be charging. It feels like another money grab from Fender.

That's a cool guitar, but I'm not enough of a Joe Strummer / The Clash fan to spend that much on a relic'ed guitar.

AND I'm about to retire in 3.5 months, and I'll be going on a fixed income.

AND I probably need to sell some guitars, not buy some.

AND if I could get a guitar owned and played by Rick Derringer, I would probably pay that much.

I can only imagine the lengthy rant Joe would have gone on if someone had explained the concept of "relic" guitars to him, then told him Fender would copy his beat up guitar and charge $1800 for it.

scotabilly said:
I call BS on the whole thing. What the hell does Fender take us for?
I made my own for $400. If Fender wanted the guitar to be in the spirit of Joe Strummer, it would be a low-cost Squier.
Click to expand...

the family of joe owns the tele...fender had to pay them to make a copy...with that the cost will increase

spupilup said:
I just looked and $1799 isn't MSRP, it's the price Sweetwater has the guitar listed for on their website.
Click to expand...

Everything is crazy money these days - the AO 50s current street price is $2,150. But this re-release of the Strummer seems to be quite a cash grab. 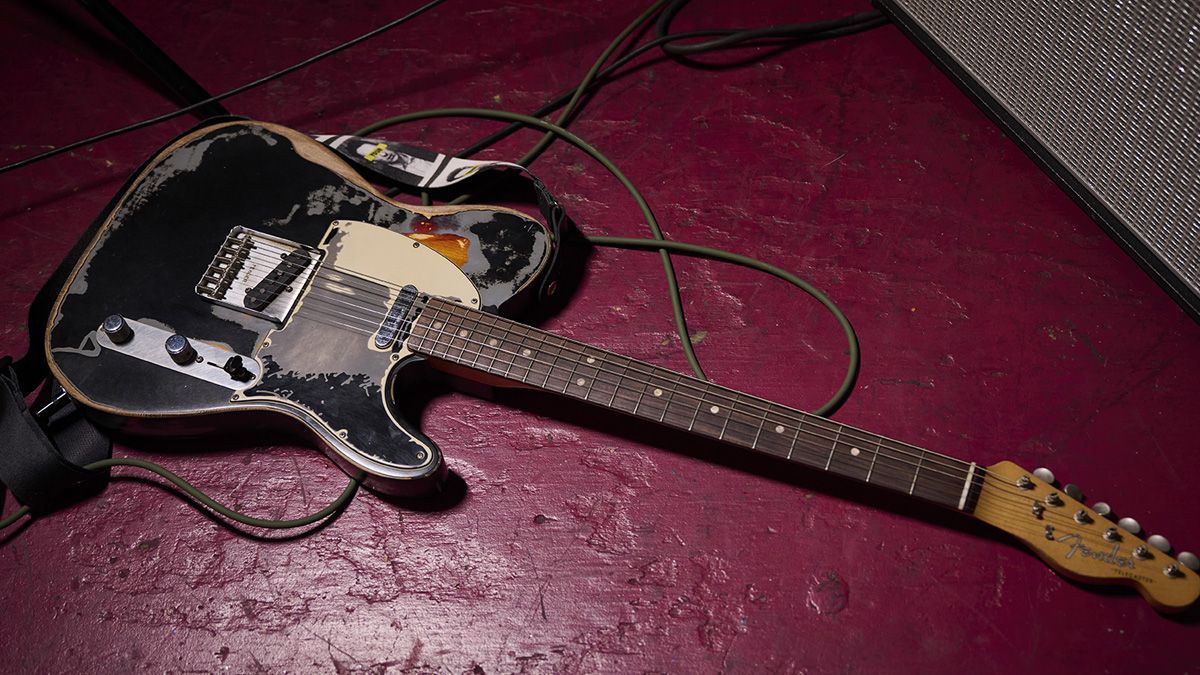 I like Joe Strummer's public image that working class anarchist routine, his father was
Ronald Ralph Mellor MBE (1916–1984), was born in the Indian city of Lucknow due to his own father's job as a railway official in India, and became a clerical officer who later attained the rank of second secretary in the foreign service.
Working class hero, I think not!

A couple of years ago I bought a Traynor amp. When I went to check it out, the guy said that his old Telecaster was included with the amp. It was a home made relic. I don't like relics, and I didn't think this one was that good. I took it, since it was included with the amp. I figured I'd keep the Traynor and flip the Telecaster. Turns out I loved the way that guitar felt. I ended up flipping the amp and keeping the guitar. I added the Joe Strummer stickers because the guitar kind of reminded me of his old Tele. I would have never bought this guitar intentionally, but now that I own it I kind of like it. It is crazy money and as long as I love Joe, I will probably not buy it.
However, had they released a MIM version of the white esquire with the black strip, I would have been very, very weak.

No from me, I saw him play the original one though.

If I want to buy some "Frankenstein vibe" tele, I would strongly prefer Chrissie Hynde model. Basically the same specs, same kind-of-punk look, but cheaper and cooler.

The real deal at a London exhibition, 2013 I think. Hah. Printed relicing. Do we get stick-on tattoos in the case? 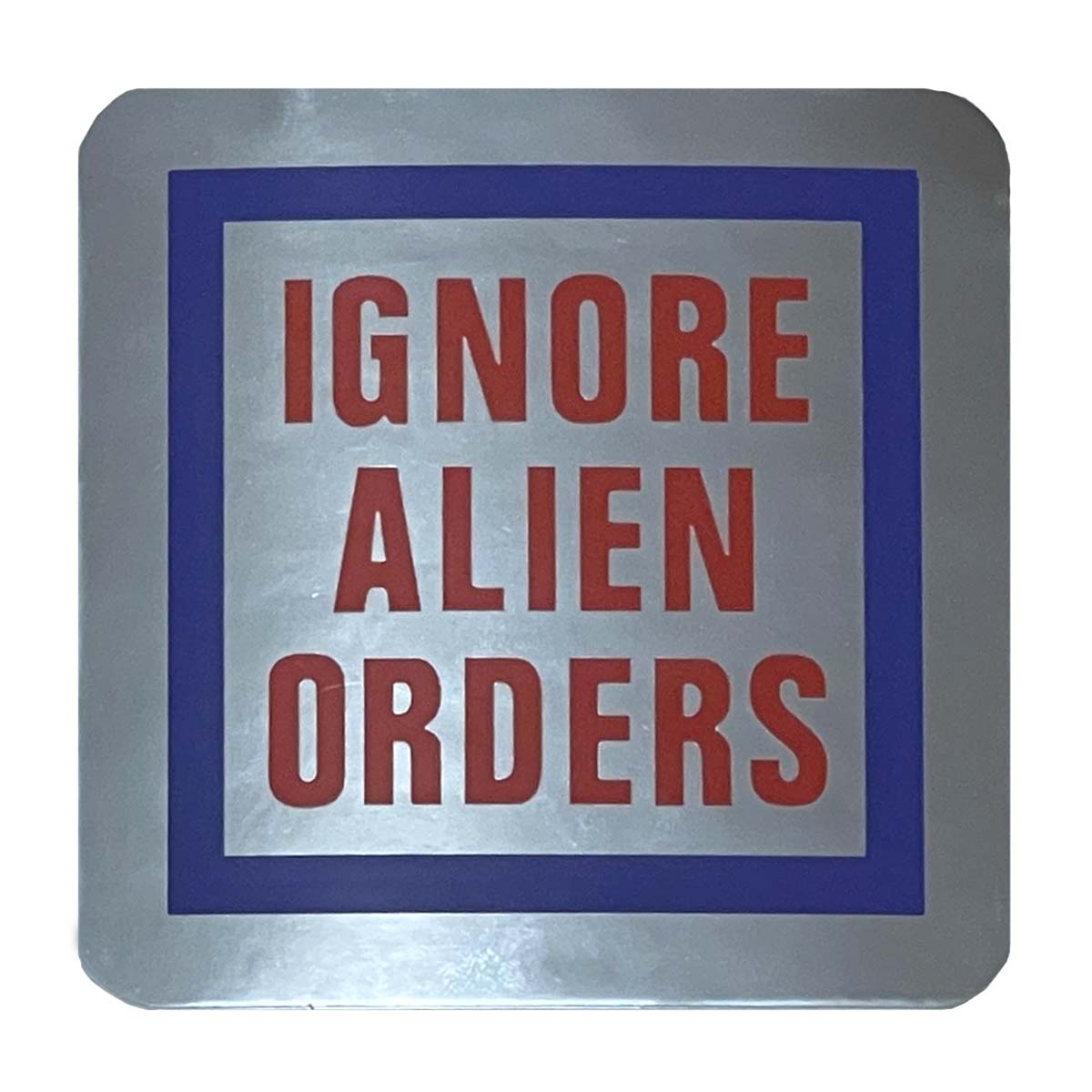 Buy the sticker and beat up your own guitar.
Click to expand...

ooh? oh, auh?, awe there's and idea,yeah ! that's an idea innit It sure is an idea, oh I get it, why the hells bells? who'-dah thunk it. real counterfeits on a real counterfeit revolutionary , reliced guitar. brilliant, bloody fu'-king brilliiant
here just take my money go ahead I'm game while your at it... hit me over the head and take all my money keep the guitar then I will have really been robbed , do you like that? I thought you would. oh before you give me a good crackin', listen to this, right, After finishing his time at City of London Freemen's School in 1970, Strummer moved on to the Central School of Art and Design in London, where he briefly considered becoming a professional cartoonist and completed a one-year foundation course.
He did become a cartoon; a rock and roll cartoon as it were.
His father’s was Ronald Mellor. His father worked as a British diplomat.
Will the real John Graham Mellor of Ankara, Turkey, please stand up. user name said:
I love Joe and I love the Clash, but this is twice what they should be charging. It feels like another money grab from Fender.
Click to expand...

It's twice what you would pay for it you mean. For other people it's fine.

Money grab...I mean, that's what businesses do, right?
You must log in or register to reply here.

Jan 9, 2023
tdpri-autopost
T
D
Question the Authenticity of this Used fender player series telecaster I got from guitar center

Seems like it's time for another thread about Damone