Need help wiring up a partscaster

I couldn't find what I wanted so I decided to make my own. I bought a thinline body, put in some pickups I had laying around and now I'm at the point of wiring the thing up.

Bridge pickup = Seymour Duncan Little 59 Stacked humbucker which is four conductor
Neck Pickup = Unknown PAF style humbucker that originally came in my MIJ Robin Ranger. Some have said these are Seymour duncan. It's 2 conductor and a shield.

I'd like to start my experimenting with the following config.

Neck = conventional wiring
Pickup = Use push/pull to switch between series and parallel wiring with the Little 59.

I have been unable to find a wiring diagram or tutorial on how to wire them up. Can anyone help with a pointer to such or give me some ideas of what I need to do?

Also, any other options I should be considering with the wiring?

Yeah, take the easy route and buy a Schaller Megaswitch M 5-way and choose one of the several wiring combos & be done with it. No slot elongation, nothing, just works.

Scroll down for your pickup layout options. 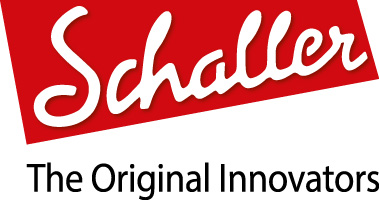 Here's how to wire a humbucker to get series / parallel. Ignore that it says 'Neck'. The lead colors are Duncan - but I don't know if it's the same for the single-coil-sized versions. I'm sure it says on their site. And here's how to do the same as above, but the middle position splits the pickup and gives you one coil. I don't expect it to sound real good with a lil' 59, but you never know. It requires an on-on-on toggle, so a push-pull won't work. StewMac sells 'em, and they're fairly common elsewhere, too. Beyond that, it's just standard Telecaster wiring.
You must log in or register to reply here.