Friends have two Havanese Terriers. Very cute. (They trim so the eyes show!) They named the first "Che" for Che Guevara. They were looking for a name for the second and I thought "Trotsky" would be perfect but they went with "Pico".

In order of acquisition

Probably easy to figure out the wife's choice. Gibson is 14 now and aging gracefully and still has a strong neck.

telleutelleme said:
In order of acquisition

Probably easy to figure out the wife's choice. Gibson is 14 now and aging gracefully and still has a strong neck.
Click to expand...

Is Gibson all original? Refrets? Refins?

telleutelleme said:
In order of acquisition

Probably easy to figure out the wife's choice. Gibson is 14 now and aging gracefully and still has a strong neck.
Click to expand...

One of our dogs is a 6 lb. female chihuahua who showed up on our property a few years ago. My wife and son agreed on the name Bonita, but I sometimes call her “Micro.”
M

JL_LI said:
Nope. Today is Tiberias’ second birthday. My wife wanted a big dog after Lhasa Apsos, Bichons, and a Jack Russel. Tiberias is 46 lbs. 6 oz. There are bigger dogs but it’s like sharing the bed with a horse. She sits with me while I play but that’s as musical as it gets.
View attachment 978129
Click to expand...

Tiberious is a good looking pooch! What breed is he? I am considering getting a Glen of Imal Terrier and he kinda looks like one.

They usually name them selves.
Piglet was named because he was the biggest of the litter and he would wedge himself in and force the other pups off mama's big hind tit.
He later evolved to:
'Mr Wiggles' because his whole body wiggled when he wagged. Sometimes he was just Wiggles. I miss him dearly. 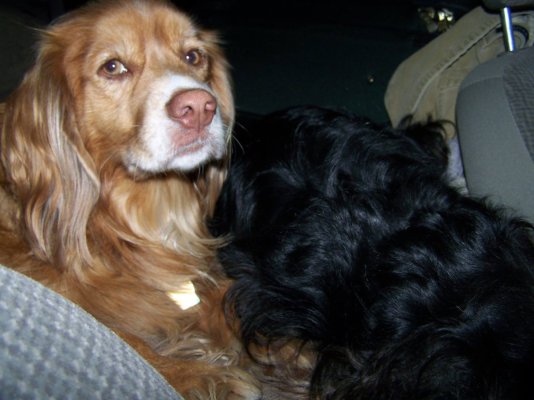 His sister was Princess because she just was always the princess of the litter. The runt born last. But a beauty with a soft beautiful demeanor to match. 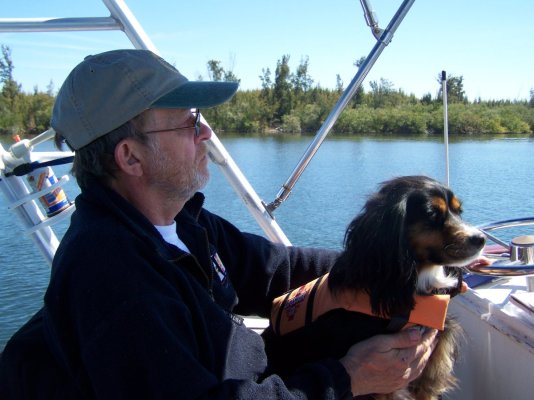 Named after the woman with my all time favorite female voice in country music, meet my girl, Emmy Lou! 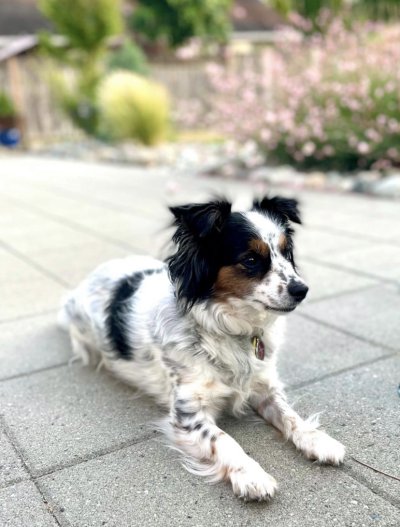 We got Doc a few months after we had to put down our first Doc.
We tried a couple of different names but we are
older so we kept calling him Doc and just decided
to go with it.
He is our 6th Schnauzer and thought about calling him "number 6".

My black Lab was named Flash by his erstwhile foster family, which obviously didn't work out. We considered changing his name after deciding we couldn't surrender him , but really couldn't agree on anything; plus, as my ex-girlfriend put it, he IS pretty Flashy at times.

My ex's younger daughter named Ava after the singer Ava Max, because when we acquired Ava she was indeed "sweet but a little psycho" .
Now I can't imagine her being called anything else...although she's calmed down considerably since she came to live with me.

My wife named our dogs. First was Dena because she reminded her of a friend by that name. Next was Joie, named after her sister. Then came Jena, because it “combined” the previous dog names. Lastly and currently it’s Josie, just to keep the rhyme going. Here they are in order, minus Joie which is a shame because while all dogs are good dogs she was the best dog ever. Romania! About 10+ years ago, my work took me to Romania for a series of trips; mostly Bucharest, but also some time in the western part, Arad.

In Bucharest, there were many packs of feral, homeless dogs. Not to be approached - they were not pets. Yet they were also capable of riding the local Metro and getting on and off at certain stops- wherever there were better chances of getting fed.

For myself, like others, my wife likes to do the naming (at least the cats) and because she lived in France…Francois, Brigitte, Teo, Berthe, etc. I named one of the dogs Gibson in honor of a newly acquired flattop, circa 2005-ish. He was a wonderful dog.

Here he is on the left, with goofy smile, next to Lilou, the worrywart scanning the perimeter for danger: Jakedog said:
Jackie Chan is a rescue. We got him when he was 3. His name from his previous life was “Blackie”. The shelter already had a couple of Blackies, so they called him Blackjack.

We wanted to name him ourselves, but didn’t want to make it so different it would be difficult for him. My wife suggested Jackie, and I said “like Jackie Chan?” And she said “just like Jackie Chan.” And So Blackie, aka Blackjack, became Jackie, aka Jack Jack. AKA Jackie Chan.

My moms got a chocolate lab with the white spots. Its increased with age, along with the regular muzzle graying. Nice looking pup, btw

We just got a new Aussie doodle puppy with a reddish brown merle coat. My wife and daughter named her Cinna both short for cinnamon and for the Hunger Games character played by Lenny Kravitz. I suggested we call her Lenny Kravitz for short but no one thinks I am funny. I like it though

I like food names. A friend had a cat named Sushi. Here are Mimosa and Manchego. Mimosa was a dogcatcher scoop, who became "Mithril" at the shelter, which the nerd in me likes but, no. Manchego was Shiloh, from the former owners who dropped him off at the pound, but we didn't like that name so we changed it.

old soul said:
My moms got a chocolate lab with the white spots. Its increased with age, along with the regular muzzle graying. Nice looking pup, btw
Click to expand...

He’s getting regular muzzle graying. The rest of it comes and goes. We never know what he’s going to look like from one day to the next. Will he be black? Will he have spots? Will he be all mottled? We just have to wait and see. It’s part of the fun with him. We sometimes joke that we could have named him Rorschach.

And thanks! We think he’s a pretty handsome little dude.

Dan German said:
Not a dog guy, but I’ve had some cat names. I had a tabby named Nancy. Neutered male. A vet from India called him “her” but I corrected him. He said “Nancy is a boy? Ohhh, he is a little Nancy-boy!” Which described that cat pretty well, for someone who had just met him.
Click to expand...

Are you sure he was really a vet and not M. Night Shyamalan in a cameo role?

mark64 said:
Tiberious is a good looking pooch! What breed is he? I am considering getting a Glen of Imal Terrier and he kinda looks like one.
Click to expand...

Tiberias is a Wheaten Terrier. She was bred as a sheep herding dog. She’s big for a female and has retained some puppy color on her face and muzzle. The breed is highly intelligent but very independent making them hard to train. She’s very friendly to people and other dogs and is quite empathetic, barking or coming to get my wife or me if out 17 year old papillon gets lost or stuck somewhere. She woke us last night when the old guy fell out of bed. My old lady dog is named Sadie. Sadie Mae Junebug. The name origin is derived from princess in Hebrew. My other dog is named Silas because my wife would not approve of naming him Butthead. Silas's momma was abandoned in the woods and Silas roughly means forest.

However, my kitty who passed many years ago was named Roxanne after the song.

We named our first dog Matisse. She was such a sweet girl, we figured we should name any future dogs after artists. Our second dog was named Hopper (after Edward, not Dennis). Third one was named Pablo (Picasso). Our fourth dog was surrendered to a shelter by a couple who weren't prepared to deal with a high-energy breed (Springer Spaniel). They had named her Chanel, we adapted it to Chagall.

We lost all four of these dogs in an 8-year period, which obviously was heartbreaking. Our current dog is a German Shorthaired Pointer. All our previous dogs had been rescue dogs, we never thought we would get a purebred. My wife was working an outdoor event for her pet food store, and a breeder had 2 boy pups left from a litter. He brought them to the event thinking someone might want to buy them. My wife picked up one of the pups, he licked every square inch of her face, then tucked his head under her chin and went to sleep. Game over.

She asked me to name him. My favorite musician of all time is Louis Armstrong, so I went with Louis. But once I saw his face, I realized it was a little too formal. Meet Louie: My family got a Jack Russell puppy in February ‘22. My wife, son and I argued for months over what his name was going to be. The only name we could agree on was Bowie (my wife is big fan of David Bowie). And he marches to beat of his own drum just like the original Bowie. He was just caught doing this: The Good, the Bad, and the Ugly of my next gig
2