Acetone is a Japanese amp. I have one that's pretty cool. Needed a recap though and that was arduous.

BigDaddyLH said:
Over the lifetime of the brand? The red-haired stepchild award goes to ... Peavey
Click to expand...

That was my vote as well. A true working man's amp.

Idk if I can say any BRAND is underrated. More so select models. The “hidden gem” models or the “quirky unique” ones that many overlook. I like stuff like that. Like mine in example. Crate Vintage Club 20, a Vintage Club 50, and recently a Fender Excelsior. Crate is known for some serious duds and flops. But the VCs are incredible. The Excelsior is kind of a oddball “pawnshop” series. I truly believe Fender just had Fun making this run. Built in Tremolo. They had another with reverb. Didn’t last long, many overlook them. But a pure joy to play.

The most underrated brand that I've owned, is Kustom. Designed by James Brown, with the Coupes and Hart tops made in USA and Defenders, made in China. 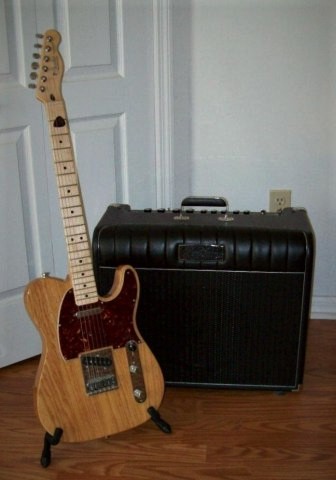 Another James Brown design, made in China, are some of the Bad Cat amps. I consider my Cougar 15 to be very underrated. 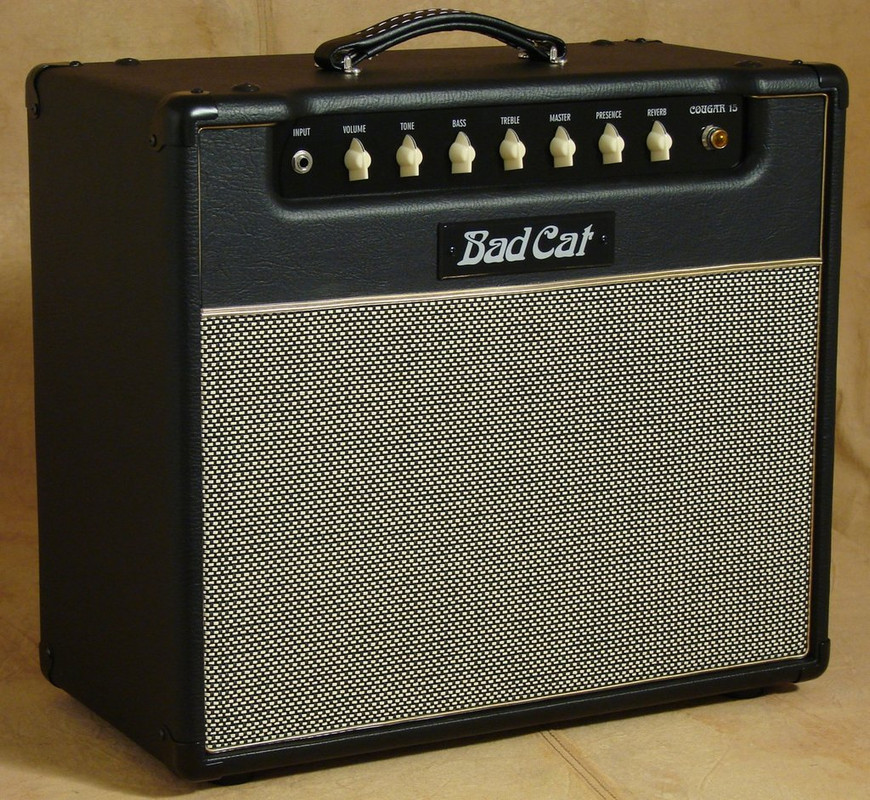 For an underrated Vox, I would look for a Tony Bruno designed Vox. Here's my TB18C1. 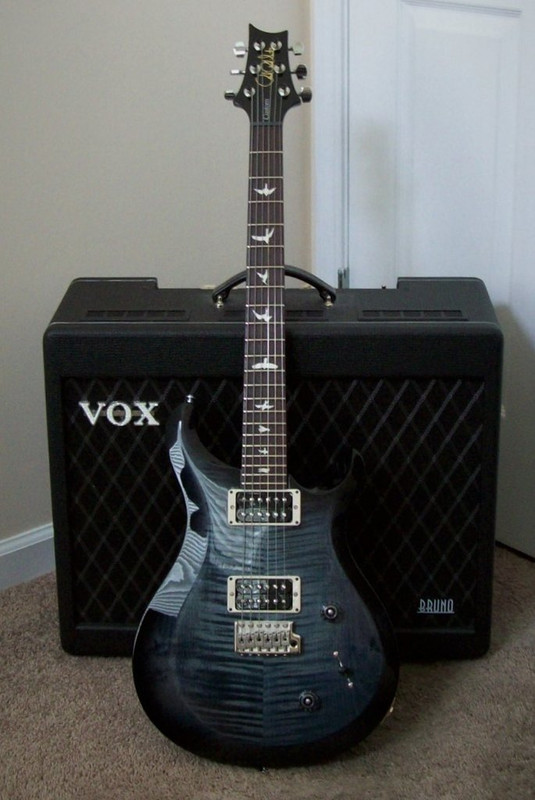 vox is one of the big 3 - hardly underrated.
another shout here for laney, plus honourable mention to VHT for their 'special' range.

Midgetje94 said:
Idk if I can say any BRAND is underrated. More so select models. The “hidden gem” models or the “quirky unique” ones that many overlook. I like stuff like that. Like mine in example. Crate Vintage Club 20, a Vintage Club 50, and recently a Fender Excelsior. Crate is known for some serious duds and flops. But the VCs are incredible. The Excelsior is kind of a oddball “pawnshop” series. I truly believe Fender just had Fun making this run. Built in Tremolo. They had another with reverb. Didn’t last long, many overlook them. But a pure joy to play.

The excelsior and Greta are the gems of the series, the Ramparte only seems like a good amp until you realize it's not. The Vaporizer is the coolest looking piece of trash fenders made in decades.
So yes, Excelsior is amazing, and the highlight of the line. Greta is a tiny living room accessory.
The pawn shop guitars and amps were the most interesting thing in ages fender had done. If they hadn't botched 2of4 amps, they may have been able to follow it up. The Crates sounded better than the price point competitors, but crate amps nominally sucked so bad at being useful SS amps, expectations were low. The Blue Voodoo series had some gigging credibility, but reputation hurt thier tube line.

They're the 3 most popular amp brands conceivable.

Ampeg, Carvin, Jet City, Panama, B52, EHX/Sovtek, and Bugera all have underrated amps. Some, such as the B5s ATs, Bugera pre-infinium, and random Sovtek Migs have design flaws typically sprouting from some weird part placement or some bad components. Having a tech fix an AT100/50 makes it great. Some Mig50s never failed to this day(also the reissuesseem great), and Bugeras made after they stopped using such bad parts are fine (especially thier 50w plexi thing...).

Other brands like Orange, Peavey, Mesa, and Bogner have specific things they excel at and are known for it, even if they aren't as popular as Fender, Marshall, and Vox.

Genz Benz.
The black Pearl 30 combo is out of production, but it’s a nice nice amp.
A little quirky, but very flexible with lots of great sounds.

Lots of models in the underrated camp, IMO.

I own Peaveys, Ampegs, a Gibson, Yamaha, Seymour Duncan and Music Mans that I adore along side my Fenders.

For me, it is the signal chain and the type of tone you are trying to achieve to best serve the music being played. So the amp (and entire signal chain) has to fit the music! Many of the hybrid and SS amps from the past are still underrated for their clean sounds, IMO.
L

It's kind of interesting when someone buys a Fender, Vox or Marshall (tube) amp and they don't like it they'll usually politely say something like "I just didn't get along with it" or "in the end it just wasn't for me" but if it is a PV, Crate or Carvin they usually say "it was the worst sounding amp I have ever played".

vox, underrated? first i've heard of that! i love my ac15c1. i'd like to say harmony or supro or magnatone but now they've been redone. people have picked up on gibsons so i really can't think of any except maybe univox or oahu. wangdaning said:
Should change thread title to off-topic Vox thread. In China they have Wangs, not sure if that is outside of China or not. They seem ok and not too expensive.
Click to expand...

I think there is a joke in there somewhere.

Seems there was a video that isn't there anymore.
J

Ampeg (up to around '75)
Traynor (60s-70s)
Lab Series (the larger combos)
Peavey (some of the 80s models)
Randall (early combos, very Fenderish cleans)

I got a Vox AC10 C1 Custom on loan from Vox a couple of months ago for my YT channel. I was really excited but didn't know what to expect.

I've always thought that Vox did that jangly thing and that's about it. oh, was I wrong!

From the first time I plugged into it, my mind was blown! It sounded amazing with any guitar that I threw at it. After that, I had the chance to play an AC30 S1 and was even more fascinated how amazing Vox amps are.

Long story short, I'm a total Vox fanboy now but I was thinking to myself, why isn't Vox getting the credit they deserve? I've spoken to a handful of friends and we all seem to agree that Vox is seriously underrated..

What do y'all think?

Glad to hear you enjoy your AC10.

I owned two Canadian made Garnet amps.
I cannot remember the model names, but they were both tube amps.
The first had white tolex, reverb and tremolo, the other had no effects.
Both sounded great, clean or cranked.
BTO (Bachman) had a signature model.

Carvin,Zinky.
I had a 3 Carvin amps they all sounded great.
My Zinky Blue Velvet is one of my favorite amps.
I have tried a Sahara,and MoFo. They were well built,and great amps.

Vox is underrated? They are the big three - Fender Vox Marshall. Love my Vox (AC30s1) and if I got another amp I would seriously consider another Vox. I love them clean but I also love them dirty.

An underrated amp brand might be, I dunno, Traynor or Laney I guess? But Vox is iconic - Beatles, Byrds, Queen, U2, the list goes on forever.

wangdaning said:
Should change thread title to off-topic Vox thread. In China they have Wangs, not sure if that is outside of China or not. They seem ok and not too expensive.
Click to expand...