Maguchi said:
I've got a Mesa Boogie Fillmore 25. It came new in the box but the plastic name tag that says "Boogie" in the top left corner was missing and there are no screw holes where the name tag would've been installed. Mesa sent me the name tag/label and screws, but I didn't install it. I figure it's a rarer "mistake" amp this way.

This is the second Mesa Boogie combo amp I've had. I had a '90s Maverick 35 watt 2x12". It sounded great but was a little heavy to haul to and from gigs and I got offered a really good price for it and sold it.

I also have a Simul-Class 2:Ninety stereo power amp that I use to run my home entertainment system (turntable, tuner, CD player, cassette player, TV and DVD player).

I need to try a Fillmore again. I did try a Fillmore at the “Gibson Garage” in Nashville late last year, but it was only through a Mesa Cab Simulator with headphones. Not a good test.

The Fillmore seems like it would be the perfect amp for me.

gridlock said:
I need to try a Fillmore again. I did try a Fillmore at the “Gibson Garage” in Nashville late last year, but it was only through a Mesa Cab Simulator with headphones. Not a good test.

Yeah the Fillmore's are versatile. They come in 25 watt and 50 watt versions, are lightwieght (35 and 45 lbs.) yet sturdily built. They have 2 great sounding channels, effects loop and spring reverb. Ive used mine nonstop for about 3 years now and like it better than the day I got it.
Last edited: Feb 9, 2022

How about 180 watts of pure vacuum tube power? Just got a Mark V a few weeks ago. After several hours of working with the amp, and even more hours of reading the manual, and more still of online research, I have finally got it down. I'm really sold, the amp is so good it's stupid.

In the past, I've owned a Mark IIc, an F-50, an Express 5:50 and a DC-10. I didn't get on with any of them, but now I suspect it was operator error, knowing that these amps don't function the way a Fender or Rivera do (two amps I've used more than any other kind).

Supposedly, the Mark V and the Lone Star Special have the best clean of any Mesa amp. Supposedly. I do know I'm digging the amp.

I've posted elsewhere about wanting to swap the speaker. I've never cared for anything British sounding, and apparently that's what is in the Mark V 90 watt. So I'm looking at an Eminence EM12 or Eminence Wheelhouse. I think the right speaker (for these ears) will take a great amp and make it a real bad @ss.

Not selling my Riveras (in fact I'm planning on another in the coming eight months or so) but I can't imagine not taking the Mesa out for live gigs or recording.

Here is my 1999 Rocket 440, my only Boogie ever. I am a tube amp builder, collector, modifier and repairer.
I have had it about 15 years. The reverb didn't work when I got it. The small reverb tank attached to the chassis was bad. I got in contact with accutronics back in 2009 and obtained a full size tank to work with it. With that I did a mod to make connections to the circuit and mounted the tank in the bottom of the cab.

The cab is very reminiscent of a Super Reverb with 4-10 Special Design Jensons. It has 4-12ax7's and 4-EL-84's. Foot switchable clean, Lead and Contour. Very heavy! The amp has worked perfect and has never failed. I can always dial in my tone pretty easy with the tone stack and feel with the Gain and Master volumes. Looks like Mesa took a little different direction with this one. Anyway I thought I got a good deal on this one for $200.00 and glad to have it. Platefire 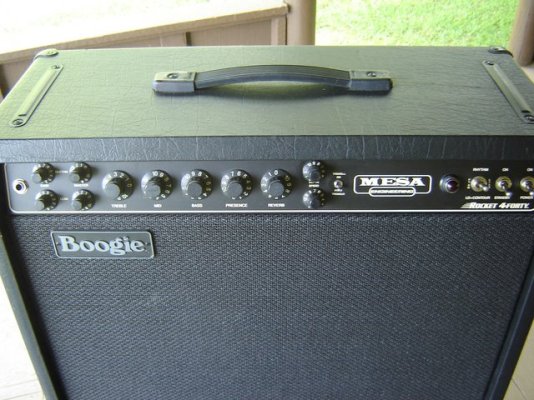 My first tube amp is my Mesa F 30. I bought it new almost exactly 20 years ago from Gelb Music in Redwood City, CA.

Mesa’s really are wonderful amps. I’m glad we all have such great taste! 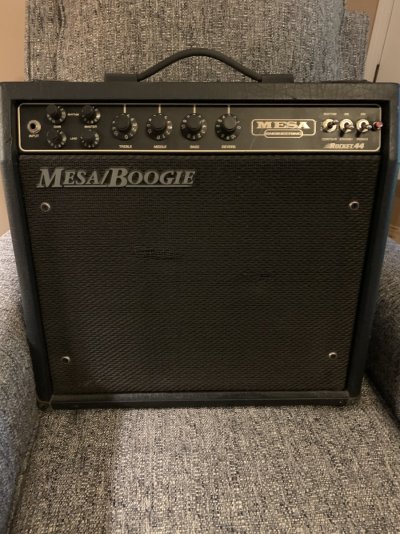 I never could bond with any Mesa amp, so, I never really looked into their offerings. I had an Electra Dyne for a week, which just didn't work with the band I had back then, but I always remembered the clean sound of that amp.
Last month a head turned up for sale, which is very rare around here. I knew, if I wanted one of these, I had to get it, as they do not come up often for ale as a head.
I may still be in the honeymoon phase, but this amp is just amazing! I could use it as a 3 "channel" amp with a boost in front and I could do everything from thick bubbly clean to Plexi crunch to JCM hi-gain. It is not voiced to mimic a Marshall, but you get roughly in the ballpark and to me it sounds like a Marshall with more fatness and more polished mids and gain.
But the setting I have settled on now is to just use the clean channel, Master maxed out, Volume to taste and all the EQ at roughly 9 o'clock. That is the most singing cleansound I ever heard. Boosted with a Barber Burn Unit and a Rockett Dude, that amp sounds so alive and musical, it's always a blast to play!
Now I looked into the Mesa amp line again and see, that they did a lot of amps, that I could enjoy, I'm afraid..... 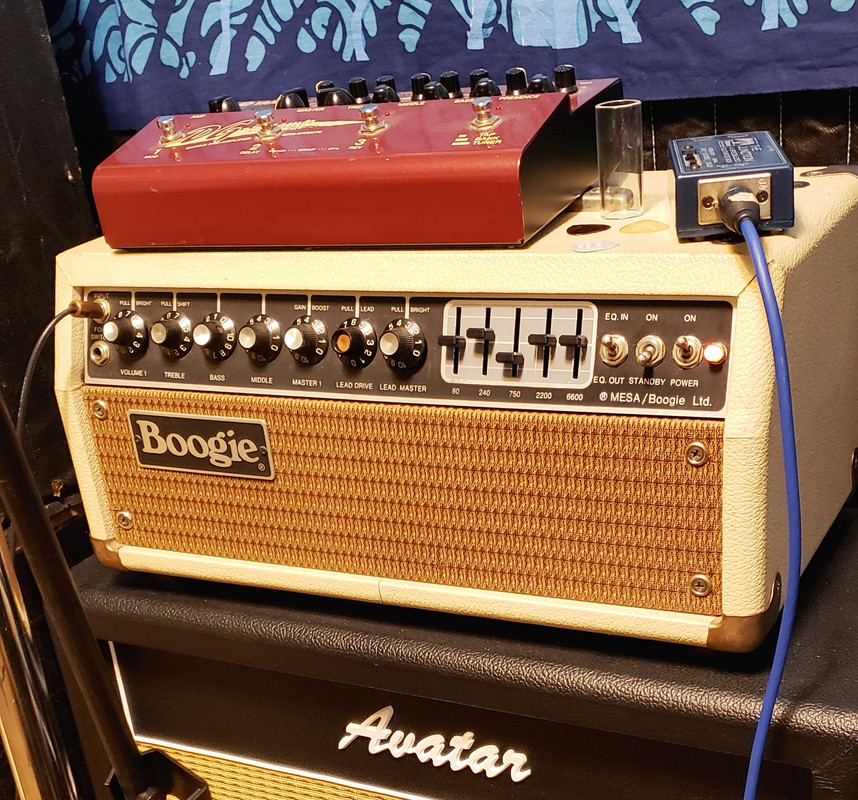 my 1982 Mark IIb.
60 watts, graphic eq, no simulclass, no reverb.
bought it direct from mesa (the only way to get them back then).
came with a custom fit anvil case.
used it on the road full time for about 5 years at that point,
then weekend warrior stuff for many years after.
my primary recording tool.
i had it recapped about 10 years ago, just because.

right now, i'm using it as a 'monitor' to run my Strymon Iridium through, for live work or studio high volume work.
sometimes, you just gotta get feedback the old fashioned way!
You must log in or register to reply here.