Beanbeatle said:
Honestly, I‘ve almost pulled the trigger on this amp a couple of times. My only reservation is that I’d have to spend another couple hundred bucks on a good attenuator to make it crackle at a level that doesn’t harm my hearing
Click to expand...

You could also consider attenuation at the other end: 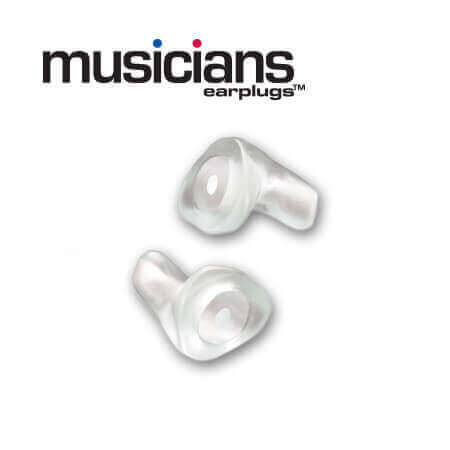 Reduces sound levels evenly so that music and speech are clear and natural. Lets musicians hear their own instrument and their blend with others while protecting from damaging levels of exposure. Enhances the music experience for audiences while protecting hearing. *All Musicians Earplugs ship...

I use the 15 dB ones for band practice.

The ‘57 Fender Champ has both awesome cleans and great dirt. The Marshall has the classic Marshall clean and Crunch to drive on the second channel.

The Monoprice is an inexpensive Champ clone with an added tone knob and a jack for an extension speaker.

The Marshall has the most features of the four. With 2 footswitchable channels, and a FX loop. An audio in for playing with backing tracks from a cellphone or laptop. And an emulated out for headphones or going direct from preamp to P.A. GGardner said:
Yet another opportunity for me to post a photo of one of my all-time favorite purchases. I probably paid around $90 for this '65 back in the big-amp, big-hair 90s.

I gave myself a Starlite for Christmas and it's a really great amp. Very clean and chimey, and loud despite being 5W.
Give it a push with a drive pedal and you have glorious crunch, even at low volumes.
A wide range of tones from BF to Tweed; it loves single coils or humbuckers, and P90s really shine.
I was worried the single 8" speaker would sound a bit small, but no, it is really good.

It is stupid expensive but I got a very good deal and don't need to buy an attenuator...

Headstrong Santa Cruz. Will take a 6l6 6v6 or El34 (without a re-bias) thus changing the wattage from 5-9 watts. Has great reverb and a useful mid control. Mine is outfitted with 10” speaker but 12” available. Bigger cabinet then a champ means less boxy sound.

I have owned the 57 Custom Champ and Victoria’s version the 518. Both great amps but I need reverb.

I love plugging straight into amp…..guitar>>chord>>amp 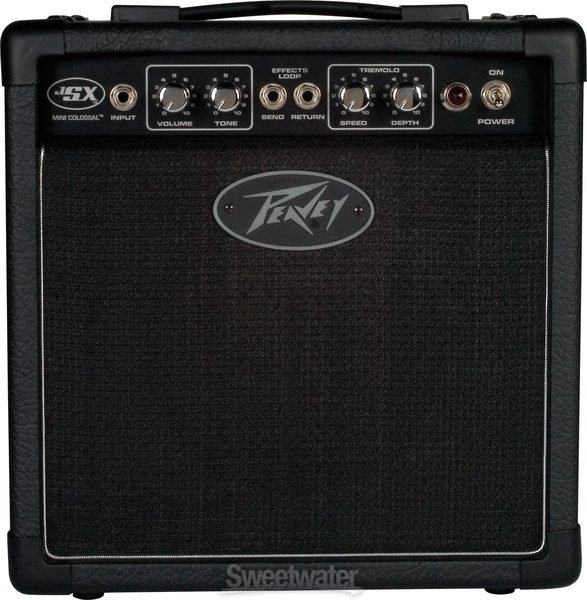 VintageSG said:
I recently bought a Marshall Origin 5 combo. I had buyers doubts about it. It seems when I look to buy things, I only see good reviews. Post-purchase, the glowing lights dim and the not so good reviews come forth.
It was so close, yet it missed the mark for me. I plugged it into one of my Jensen MOD equipped 1x10" cabs and the light flickered on.
One MOD 8-20 later and to me, it's a fine amp.
It features a low power setting, which isn't ghastly, has an effects loop, and it looks great. It can power an external cab. Just unplug the onboard speaker and plug your external cab in.

VHT produce some wonderful little amps too. The Special 6 and Special 6 Ultra heads are well known and liked on here. There are combo versions available too. They feature a low power mode which is basically running the 6V6 as a triode. It's a different, and rather nice, sound when things get rowdy.

If you just want to try different amps, now is a good time to buy. Second hand valve amps aren't fetching a lot over here. When the current mess blows over and people have disposable income again, you'll probably be able to make a profit on whatever second hand purchases you make, plus you get to own many amps.
As an example, I paid less for a Laney LC15 ( forerunner to the Cub range ) than many pay for an overdrive pedal. £50 for a working valve amp. A year ago, they were £100. If I wait a year and turn a small profit, I've had the pleasure of the amp for a year and been paid for it. Can't lose. Even if the prices don't pick up, £50 for a UK made Laney that sounds incredible isn't to be sneezed at.

Monoprice market the original Laney Cub 8 and 15r. They have a lot of fans on here. The one model from the original Cub range they don't make though is the Cub 10. If you find one, buy it. Box O' Tone. Laney claimed 10 Watts for it, but it's a little more than that. Think Fender Pro Jr but with a gain control and a 6V6 output stage, and you're not far from the mark. Other amps have come and gone, but I'll not part with my Cub 10.

Ever though of building an amp? Many good kits available.
Click to expand...

Building an amp? No sir. I can’t follow a recipe, much less a circuit schematic. I’ll have to see if the 10 has an attenuator. I could get an external, I guess.
B

W.L.Weller said:
You could also consider attenuation at the other end:

Reduces sound levels evenly so that music and speech are clear and natural. Lets musicians hear their own instrument and their blend with others while protecting from damaging levels of exposure. Enhances the music experience for audiences while protecting hearing. *All Musicians Earplugs ship...

I use the 15 dB ones for band practice.
Click to expand...

That’s a smart option, but I’d have to get them for my neighbor and my kid too
B

I love me a Peavey but all the good ones from the 80’s are strangely overpriced. I’m waiting to find one a a yard sale that smells like seedy 80’s ditch weed and is held together with duct tape

Beanbeatle said:
That’s a smart option, but I’d have to get them for my neighbor and my kid too
Click to expand...

A 5W amp can't damage anyone's hearing through a wall.

Beanbeatle said:
I love me a Peavey but all the good ones from the 80’s are strangely overpriced. I’m waiting to find one a a yard sale that smells like seedy 80’s ditch weed and is held together with duct tape
Click to expand...

so you missed it by about 20 years!

Beanbeatle said:
I love me a Peavey but all the good ones from the 80’s are strangely overpriced. I’m waiting to find one a a yard sale that smells like seedy 80’s ditch weed and is held together with duct tape
Click to expand...

Sorry, but it’s not for sale.

I have a 54 Supro Comet volume & tone 10 inch speaker. Sound as good if not better than any Princeton Reverb of any year. Tempt me and I might bite. Depending on what level of natural tube distortion you desire, there are few good options.

If you're interested in more dirt in your higher gain tones, then Supro makes some good low wattage amps.

For a little more something, and a considerably higher price, Tone King Gremlin is tops, other great amps include the Victoria 518, or Swart AST.

On a budget, the Supro Blues King or Delta King are good choices, especially due to the line out and master volume features.

chris m. said:
MusicMaster Bass amp. I have one of the 6V6 ones with an Eminence Red Fang in it, and it sounds incredible. I had a Champ and the MMB amp's 12" speaker in a bigger cabinet makes it sound SO much fuller/bigger than the Champ. Nice and clean up to Vol around 4, beyond that it doesn't get much louder but gives you lovely sounding gain. If you need gain at lower volumes just goose it with your OD pedal of choice.

When weighing options think bigger cab and bigger speaker if you don't like that boxy sound. It can sound much bigger without being louder, or conversely it can sound much smaller/wimpier without actually being any softer.
Click to expand...

I know this is a SS amp, but my Vox Pathfinder 15R sounds IMO, pretty good in no small part, because it has a ( good) 8" speaker in a large cabinet, for an 8"

My ( now 'big gig' amp) blonde Blues Jr. amp, which I used from 2000-2017 ( a 'million' gigs) though loud and full, has always had that 'boxy' tag to it ( I have an Eminence 120 watt neo Lil' Texas 12" in it).
It could be just the design of the amp ( tone stack, gain?), but I think part of it is that the BJ cab is barely larger than the speaker?
It is a very midrange amp, regardless of where you dial in Tone knobs ( even w/'Fender Twin tone stack's mod)
Just what I'm hearing.

* I love my 8" speaker amps ( Pathfinder and Monoprice)

Alex W said:
TDPRI user zook sold me a really cool low watt amp made out of a Knight signal tracer unit. Speaker is about the size of a transistor radio. About a year ago zook told me he was backed up and not taking any new orders.
Click to expand...

I have build a couple of those, they sound okay through a larger speaker cabinet.

I haven't been backed up for a while.
G

I have a laney lionheart L5 studio. They make a combo as well, but I would go for a head and 1x12 cabinet myself.

Why? The head is a DAW interface, and has 5w and 0.5w modes. It's a TV volume friendly amp for sure. It takes pedals like a champ too!

It's a sexy little beast too!