It changes every few weeks. Here is when it was cleaner. 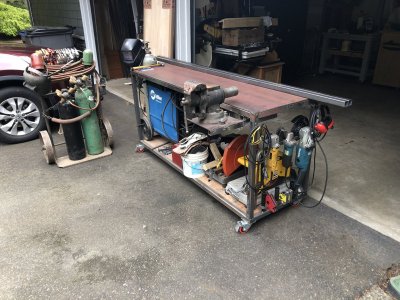 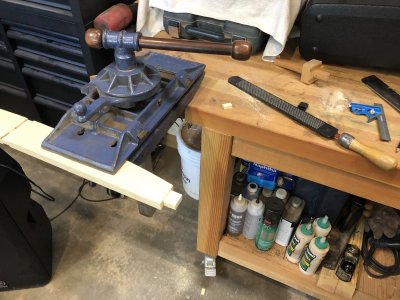 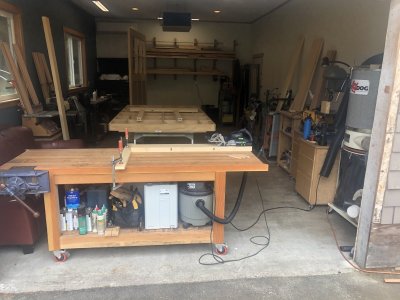 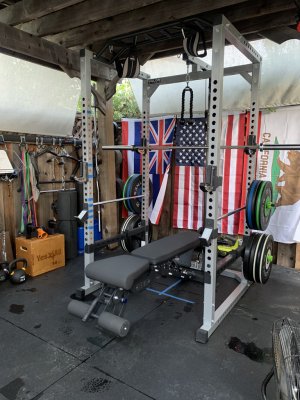 tschwarz said:
At the risk of boring everyone - here goes...

I moved into a bigger place half a year ago which - for the first time - allowed me to dedicate an entire (small) room to amp-building. Not having to share the dining table with my significant other has been a game-changer. As has been being able to organize things...

Have components in easy and organized access, not needing to scuffle through boxes looking for that 56k 2Watter...

...and most importantly, finally having a decent breadboarding system for those endless all-nighters tuning electrons...

Mine's an absolute disaster at the moment, so I'll show you a mildly less disaster state from earlier this year: 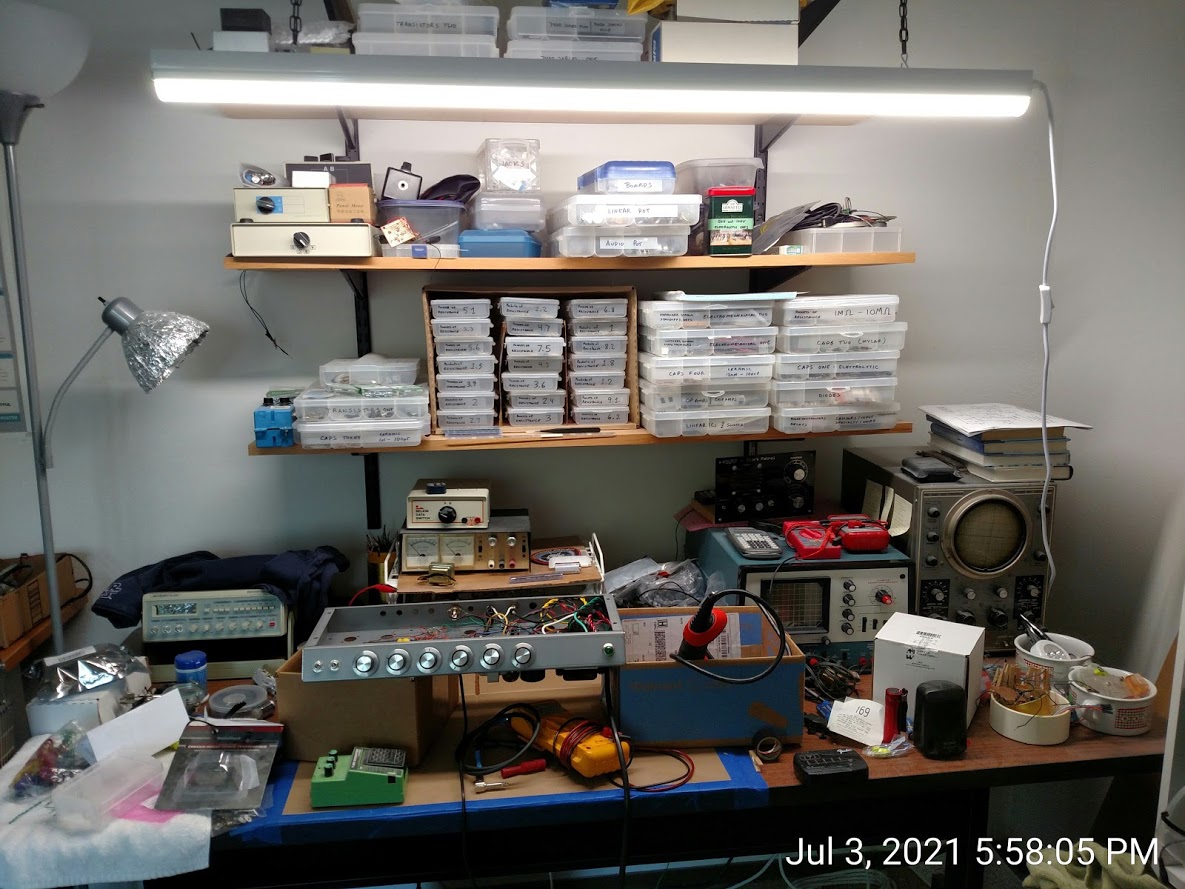 Yes, that is better than its current look.

I notice other folks put down cardboard or something on the tabletop. My intent is to cut a piece of plastic shower panel stuff the size of this desk and clamp it down (with some cheap towels or cardboard in between) somehow.

All my parts have been in fliptop trays for years and years, and I wish I had invested in the little drawers instead. To the left of this is an old tanker desk that used to be my electronics bench, but now it just collects crap and overflow from this one. I've also got piles of parts laying around that don't have a home yet, so I've been trying to organize and consolidate and put stuff away all this week.

There's just a ton of stuff that needs to be done and I don't have a good path forward.

Peegoo said:
"That was preety qood!"

I didn't watch the video (because I'm going to bed), but I read that in Laurie's voice, maybe with Anni's cute laugh in the background.
Last edited: Oct 27, 2021

cometazzi said:
I read that in Laurie's voice, maybe with Anni's cute laugh in the background.
Click to expand...

Anni's laugh is the best part of all their vids. Peegoo said:
Anni's laugh is the best part of all their vids.
Click to expand...

She's quite adorable. Lauri kinda treats her like crap sometimes but I hope that that is all just part of the show.

drew1d said:
It changes every few weeks. Here is when it was cleaner. View attachment 913374
Click to expand...

We just got a pro level table saw at work because the boss used to build furniture as a hobby back in the day, and he wants to get back into it again. I'm REALLY hoping I can work with him to build me a 210 slant cabinet... I'm not much of a wood worker myself. I have a hard enough time bending and drilling steel chassis i had a bit of a brush up today so that my bench is visible, and thought you all deserved to see the squalor this little piggy exists in
You must log in or register to reply here.

Documenting your build for posterity