Laughing In A Movie Theater

Texicaster said:
There is a place for this! When I lived in Eureka CA it seemed talking at the screen and commenting scenes was par for the course.
Click to expand...

Geez, have you ever been to a midnight showing of the Rocky Horror Picture Show?

ndcaster said:
it's ok to heckle the previews

I have done that several times to good response from the people around me.

The Mrs. and I were at a movie a while back where there was a gentleman in front of us who was very easily humored. He laughed at everything, whole heartedly, belly groaning laughs. At first it annoyed me as he was laughing way beyond what the humor deserved, but he kept laughing, long and loud. Then we got to the hurrah, a really funny part where I actually laughed out loud and added a little snort. I was somewhat embarrassed until I heard the laugher in front of us. He was laughing so hard he was struggling to breath. He was wheezing and wheezing to the point I almost got out of my seat to see if he needed medical attention. I saw him squirming around in his seat and decided to get help. I was getting out of my seat when I saw him pull an inhaler out of his pants pocket, take a hit and break into laughter again. He took a second hit and the wheezing stopped.

Then he said loud enough for those around us to hear, "D$%#$m neared died laughing at that one."

At which point I did die laughing.

When you are the only person to get the joke and laugh in the theater.

Engine Swap said:
In college, I went with a date to see “Vincent & Theo” 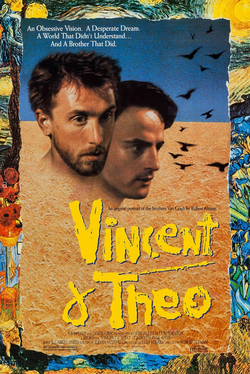 The movie was a little bit “long” and the narrator reading Van Gogh’s letters had a strange speech affectation. Many of the excerpts were punctuated with a long, groaning sigh.

Every time the narrator sighed, it gave me near-fatal case of “church giggles”. My date kept elbowing me in the ribs because I was laughing at very inappropriate moments.
Click to expand...

On my first date with my wife we went to a museum and dinner then watched Jim Jarmusch Down By Law at her parents house.
I had had a rough week including falling off a ladder doing demolition the day before.
Just as Tom Waits sat on the curb while his GF upstairs threw his entire record collection into the street (Image of Toms pointy shoes and smashing vinyl in the night) I fell asleep probably on her shoulder.

In my defense, Jarmusch creates some sllllllloooooooowwww a$$ paced film!
Still though, falling asleep on our first date is pretty dang inapproriate.
My wife laughs at funerals though so it was a goldilocks move...
Last edited: May 24, 2022

THX1123 said:
When you are the only person to get the joke and laugh in the theater.
Click to expand...

I got talked into to going to Caligula. I think it was rated X. On the way in I saw another buddy. He sat on the other side of the theater.

During the film he and I were the ONLY ones busting up with laughter!

Now I remember! I went with a buddy who took his GF! We had to leave half way through! Same dude same GF went to see Naked Lunch...same result...deeply offended GF. Nope they aint together any longer!

THX1123 said:
When you are the only person to get the joke and laugh in the theater.
Click to expand...

I saw Sacha Baron Cohens Bruno with my wife and her two brothers.

In front of us were several seemingly new recruits to some branch of the military, Im guessing Navy because theres a Navy Yard nearby.
They were all drunk and didnt get that the scene where he goes to a military training camp was a parody OF THEM.

Instead they were very excited about boot camp and literally jumping out of their seats shouting soldier bromance cheers, basically shouting that they did the stuff in the movie.
Then they realized what was up and got very offended and mad.

Mrs BDLH gives me the elbow when I larf, because I alternate between a wheeeeeeze and snorts.

There was a Canadian Stevie Ray Vaughn wannabe opening for BB King some years ago. Long hair, spandex, and all the soul of a cheese sandwich. He goes into this long, overwrought soliloquy about stuff he learned on his pappy's knee. "Son... Son, he says to me, son, son..."

I shouted out, "You're adopted!"

A few people booed, a whole lot of people laughed. Rock God heard some commotion and was looking around with a half-panicked look on his face, but he apparently couldn't figure out what was going on.

One of my proudest moments.

It’s a “you had to be there” moment

As long as it’s not too disrupting I’m understanding

TheFuzzDog said:
When Galaxy Quest came out, I took my then girlfriend. I was a huge Star Trek fan as a kid, she knew very little about it. There weren’t many people in The audience, and they weren’t laughing at much but the most obvious stuff. I, on the other hand, laughed at many things that were only funny to Trek fans. About a third of the way through she turned to me and said “You have to stop laughing at things that aren’t funny.”

I knew then that we were doomed as a couple.
Click to expand...

I'll bet that's when she knew it, too!

When Travolta shoots Marvin in the face, I burst out laughing, and it caused a ripple effect. There was a lot more laughter during the rest of the flick. Pretty fun.
I've found that a lot of overly-dramatic scenes benefit from a sarcastic or clever crack, and most audiences will giggle. Matinées at the traditionally-black theaters in my old neighborhood were a cacophony of quips and groans and unsolicited advice. No being unfunny, though, or you'd get heckled yourself.

My grandmother when she got HBO. We'd be watching something and she'd be crocheting and quipping through the whole movie while my grandpa would putter around, watch a few minutes, then get up and putter some more. I remember watching Superman, the scene where Supes takes Lois out flying, and they let their grip get looser and looser and looser and my grandma saying "Naw, naw, you better not, you better..." then Lois lets go and falls and grandma lets out "I told ya lady! Better go get her Superman! Geez, how dumb do you gotta be..."

I remember seeing Seven in the theater very shortly after it came out. I'm sure most of you know, it is a very intense and scary movie.

There was a moment in the film - I truly don't remember what happened - where something very modestly funny happens. If it was a comedy, this moment would have been a misfire. But the whole audience broke into serious laughter. It struck me as odd at the time, and later I realized the over-laugh was the audience letting off nervous energy built up from the very intense movie. I've never seen anything like it since.

When I was dating Mrs K, she was going to the movies with her friend one afternoon to see "A Fish Called Wanda". They asked if I wanted to come along but I had day release college (during my appreticeship).
I decided to skip classes and turned up at the cinema late.
It was really easy to find where the future Mrs K was sitting in a dark and fairly busy theatre, she has a very distinctive but endearing laugh.
I just waited in the aisle for a couple of minutes until the funny bits happened.

When Gorky Park played in cinemas in Glasgow there was a lot of inappropriate laughing.
One of the Russian agents is played by the Scottish comedian Rikki Fulton, who basically only has to look at the camera to evoke hysterical laughing in your average Glaswegian.
I'm not sure if he ever played another serious role after that movie.

I saw The Shining in the theater when it came out. The previews on TV had shown Jack limping around with an axe, so when Shelley Duvall said "we're all gonna have a real good time" it got a big laugh from the whole audience, as did many other lines. In all the commentary about that film I have never seen anyone talking about how funny it was.

When I was 18 and living in NYC I went to see a matinee of Last Year at Marienbad at the Met, or maybe it was MOMA. I had "partaken" pretty heavily before going in, and I could not stop laughing through the whole thing, but I stifled it as best I could.

At another art museum in Japan I attended a screening of Eat by Andy Warhol, which is a film of a guy silently eating a banana for half an hour. The audience was respectfully quiet until the man sitting next to me began snoring very loudly. I tried to stifle it but I finally broke out in hysterics and the whole theater soon followed. That was the loudest and most prolonged audience laughter I have ever seen.

Cjteleforum said:
At another art museum in Japan I attended a screening of Eat by Andy Warhol, which is a film of a guy silently eating a banana for half an hour. The audience was respectfully quiet until the man sitting next to me began snoring very loudly. I tried to stifle it but I finally broke out in hysterics and the whole theater soon followed. That was the loudest and most prolonged audience laughter I have ever seen.
Click to expand...

That was almost like performance art. As if the snorer had been planted there ahead of time to get a reaction from the audience.

pixeljammer said:
I'll bet that's when she knew it, too!
Click to expand...

I would have thought so too, but no.
You must log in or register to reply here.

The Last Movie Star. I, too, miss Burt Reynolds
2

I have never been more sure about this, but I'm also scared to death about it.
5 6 7