I had a gig last night. For days before the gig, and especially in the hours prior to the gig itself, I was thinking…

“I think I might be done. I’m 68. My vocal range isn’t quite what it was even a decade ago. My fingers easily get tingly/numb after playing even a few songs, and my hands and wrists hurt on a regular basis, even when I haven’t just done a gig. And my legs are wobbly and my back is stiff and sore for at least 24 hours after a gig. Maybe it’s time to just honor the commitments/gigs I have left, and then call it a day.”

And I was right about the stiff and sore thing. I’m feeling it this morning. I only have one more paying gig booked in July.

Another dynamic to this is the way I perform. And in this I know I’m weird. I never make a set list. Oh, if I’ve been working on a new song or two, I’ll make sure I include them that night, but going into every gig, I never know which songs I’m going to play. I have a fairly large repertoire of songs that I just know, songs that I can play at the drop of a hat. If you request it or I think of it in the moment, I can immediately start playing and singing it from memory. Like that. And I could do two gigs back-to-back like that without repeating a song. So for years as a solo performer (not to be confused with a performer of solos) I’ve preferred the spontaneity, the live energy of playing in the moment, no set list. However, despite the enjoyment of playing like that, it’s taxing/nerve racking, especially leading up to the start of the gig.

My spontaneous/live energy approach paid off big time. I connected with the audience early on in the gig, and that never waned, even with people coming and going over the course of the three hours.

Because this was the kickoff of the Memorial Day weekend, I wore my “Uncle Sam, the later years” outfit. (See pic below.) And when I was set up, tuned up and ready to go, the last soundcheck item that I did leading up to the start time was a mostly a cappella rendition of “The Star-Spangled Banner.” (I played an intro and outro on my tele, but otherwise sang it sans accompaniment.) That brought people to their feet and received a thunderous round of applause.

The venue is the Sunset Hideaway in Ingleside on the Bay, Texas. The eatery is located right on the Bay, and has a covered shaded area. But it shares a patio area that isn’t shaded, except for the stage where I set up. I started at 6:30, and the sun was still hot and bearing down, so everyone was seated up under the shade, about 50 feet or so away from me.

After that opening song, a gentleman came over to the stage and dropped a $20 bill in my tip boot. (Yes, I said tip boot, as in “Phillip D. Boot.” See the second pic below of Phillip and "Mini Me."). And at one point during the first hour, a young lady came up to my tip boot with a bucket, and it was filled with bills. The patrons up under the shade had “passed the bucket,” and she stuffed my tip boot with what looked like a bunch of money.

Around sunset when things cooled off some, new arrivals sat at the tables on the uncovered patio. They connected with the spontaneity of the moment, and asked me questions and made requests. For example, one couple (Steve & Ladonna, I later learned) really got into it. Ladonna asked, “Do you know any John Denver?”

I answered, “Oh, sure. Do you want lighthearted and whimsical or romantic?” She replied, “Well…both.” I laughed and said, “I kinda set myself up for that one, didn’t I?” Then I proceeded to play “Grandma’s Feather Bed.” Then Ladonna said, “Okay, now for a romantic one.” My retort? “I thought that was the romantic one!”

The whole evening was like that. The three hours went by before I knew it. I brought both electric (tele, of course) and acoustic/electric guitars, but the gig went so nonstop that I never switched from the tele, even for songs that I would have otherwise played with an a/e guitar. And it was nonstop in a literal sense, as in I played straight through the 180 minutes, no pee breaks or anything.

The connection with the audience was what really made it a great night for me. I love it when people get what I’m doing, when they realize that they have an impact on my gig, that we can talk and laugh together, and they can request the music they want to hear. That usually translates also into a good night for tips, and last night was no exception. The venue pays well, $150 for a 3-hour gig. The patrons tipped me $102 beyond my base pay, the most in tips I've ever received at Sunset Hideaway.

Yeah, I think I just might keep doing this gigging thing for at least a little while longer… We may finally be coming full circle on some of these trends. I hope so!

That was great! Thanks for posting.

When it's working like that, you need to credit your gig-mate Phillip, for the heavy lift.
Thanks for the gig-report.
Peace - Deeve

That's a great story.
And glad you had a great gigging experience.
No doubt as we get older, we lose a little bit of energy and passion. But.. then we are blessed with musical opportunities that give us energy.
Keep playing! I plan to do so at 65 years young. And I'm getting involved in playing guitar for a female fronted jazz / pop band in the fall. Lots of classic American songs to learn too.

I’m happy for you pleasant epiphany!
Being a working musician is a calling.
The rewards are often (very) questionable.

I haven’t ever felt like quitting.
It’s what I do best.
I call it my One True Thing.
I have quit bands, venues, and some playing partners.
My skills are still sharp (I tell myself).
I do tire of certain hassles.
My main current band plays long distances from where I live, and uses a monstrous PITA PA system that I help move.
I’m virtually 65.
It’s weeks away.
I’ve beat my body up badly in that time.
Car, and band bus wrecks, 3 major surgeries, yada-yada, whine-whine.
I do solo, duo, trio, 4 piece and wedding (big) band gigs.
I’ll quit when I literally cannot play anymore, or no one calls for my assistance.
I still love it.

Larry, that brought a smile to my face this morning. Thanks
You ae an inspiration in so many ways

I can relate. All the preparatory and post-show stuff gets wearing. Then you get on stage and Mr Adrenaline shows up.....
The money- and especially Philip's contribution- is a validation of what you do and the commitment entailed(but not the reason you do it.).

Keep at it. You may need to take both boots, at this rate.

Thank you for posting your summary. I suspect you wanted or needed a reason to keep on doing what you love. Sounds as of you got it. I don't think we ever get so old that we can't feel young. 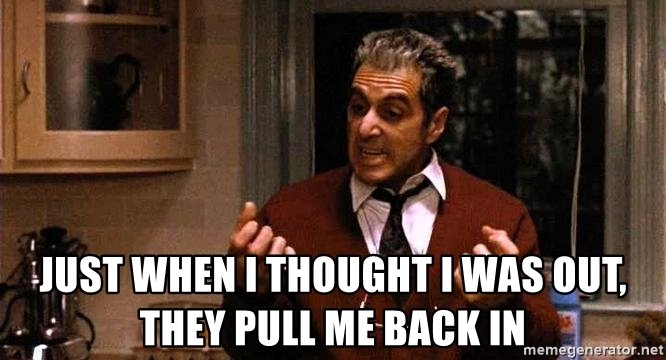 Glad you had a great gig Larry. Hopefully your audiences continue to inspire you

Good for you. Nice story.

Some steaks are rare
While others are well done.

Yer not done till God says yer done. All it took was one cool gig to get your mind and spirit back in check.

Here's great story that Utah Phillips, who was famed for his jokes and tall tales, told the last time I went to one of his shows:

He said he'd heard that his old friend Kate Wolfe was dying, so he went to see her.

He said yeah, his voice was shot and arthritis had gotten the better of his fingers, so he'd decided to call it a day.

She said, "Utah, no one ever went to hear you sing or play anyway!"

I can honestly say I'm playing better at age 72 than I ever have. Bluegrass flat picking at 140 to 160 bpm. That's not blinding speed but it's clicking along pretty good during solo breaks. So far, age has never been any kind of barrier to playing music.

Plus, I just got more serious about learning jazz and jazz theory. I like a challenge. It helps me maintain my interest in practicing and playing. Keeps me motivated.
You must log in or register to reply here.

I used to be a guitar player/singer/songwriter…
2