trackerdan said:
Does that Mustang bridge make any difference? My Mexico JM tail piece is the same, no lock. Do they make a drop in tail piece with the lock?
Click to expand...

That’s the bridge that came on it. I haven’t had any problems with strings popping out.

So according to Reverb, the only two JMs to crack to top 20 best selling guitars were both Squiers, coming in at 16 and 17.

rze99 said:
Mine - American Original '60s Jazzmaster, Ocean Turquoise Rosewood
Okay, this is absolutely the color JM I want! I’d have to go Fender Mod shop to get one in lefty. I’m throwing serious hints at my wife for my 50th bday next year. Well since I didn't place anywhere in the lottery which I never thought I would this delivers tomorrow. HUMMMM! it didn't deliver. Supposedly tomorrow in the snow. The vulgarities spewing are atrocious.

Just a lowly CV but I'm diggin it! I had one of the first one's 5 or 6 years ago and i think they've improved. I probably posted this before when I was drunk. Bit drunk again now tbh. Whatevs. It's still a classic. I dusted it off the other day. When I first played it I had the fire at the fingertips effect, but when I played it recently I realised the action needed to come down a good few MMs.

It's not your typical Jazzmaster, granted. But seeing as how Rob has made a whole career out of buying these very guitars (I believe it's is fave guitar of all time), I think he gave it a fairly favourable review.

That purple and tortoiseshell really shouldn't work, but they do. Those pups sound great. It's a looker. Love the scalloped headstock. Revelation make a wonderful guitar at not too expensive a price. My other prized one from them is a black 335 that they had to change the shape of later, as it sort of became a kind of 'lawsuit' guitar, I imagine. Don't quote me on that.

My next guitar, and my very next guitar from Revelation is a Telecaster, would you believe?

I won't give links or post pictures of it - it's not too hard to find if you know where to look and I don't want you buggers buying it before me.

I tend to stare at them more than play them these days, so I want something that looks good! 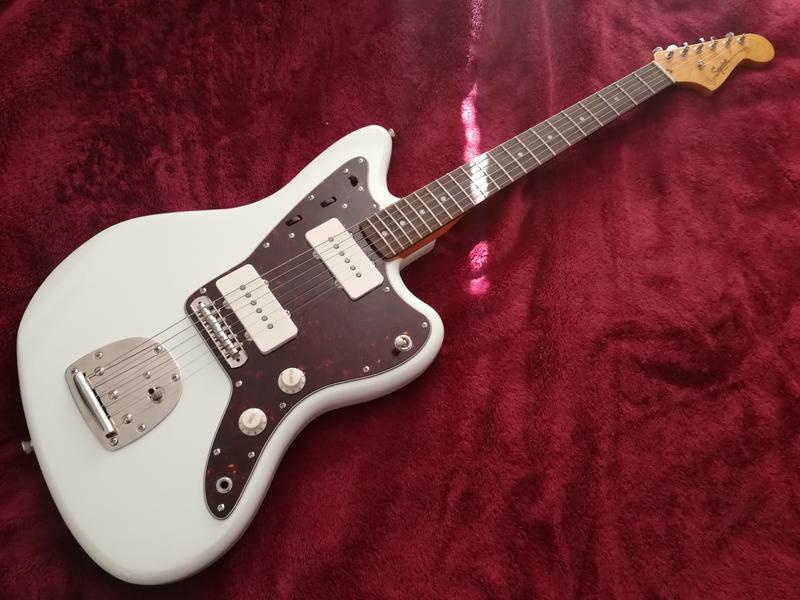 Squier Paranormal Offset Tele, the shape qualifies to me! 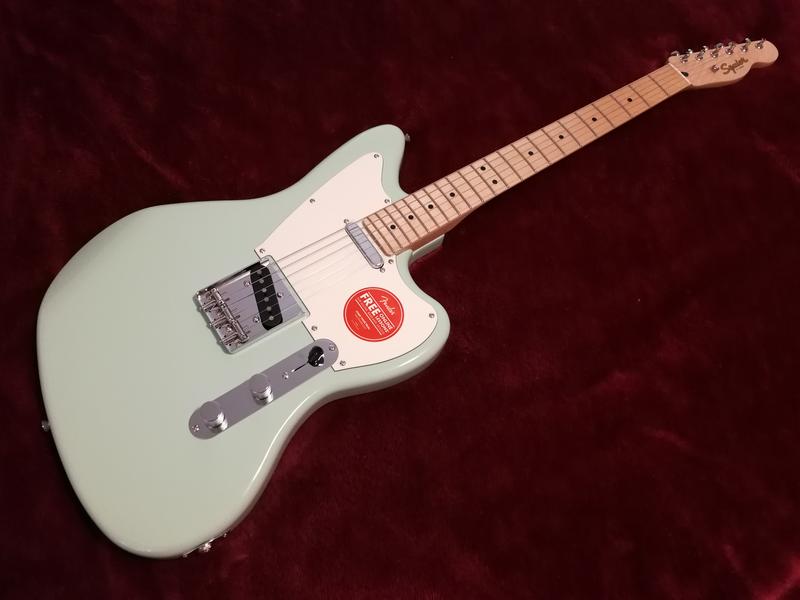 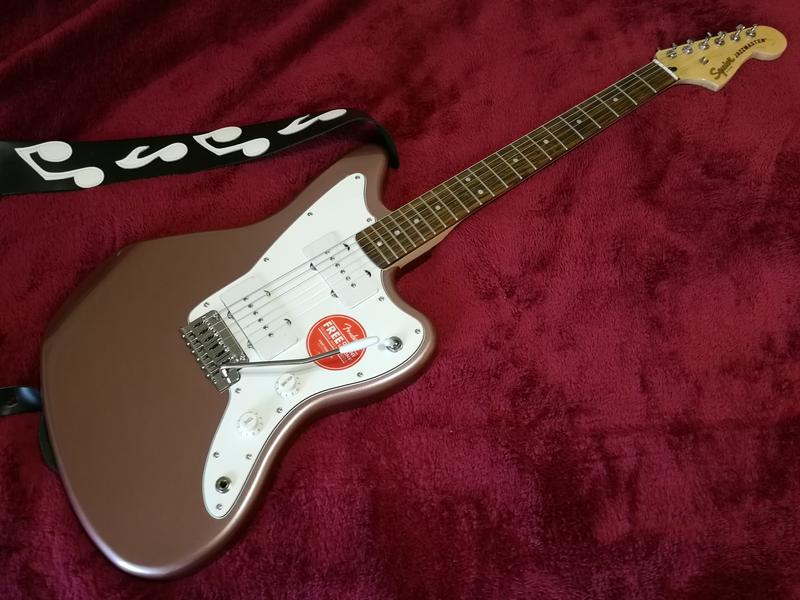 The Affinity is a lot of guitar for $280. All of the 2021 Affinity refreshes are considerably better than the last versions. Also, the JM doesn't even say Affinity on it anywhere 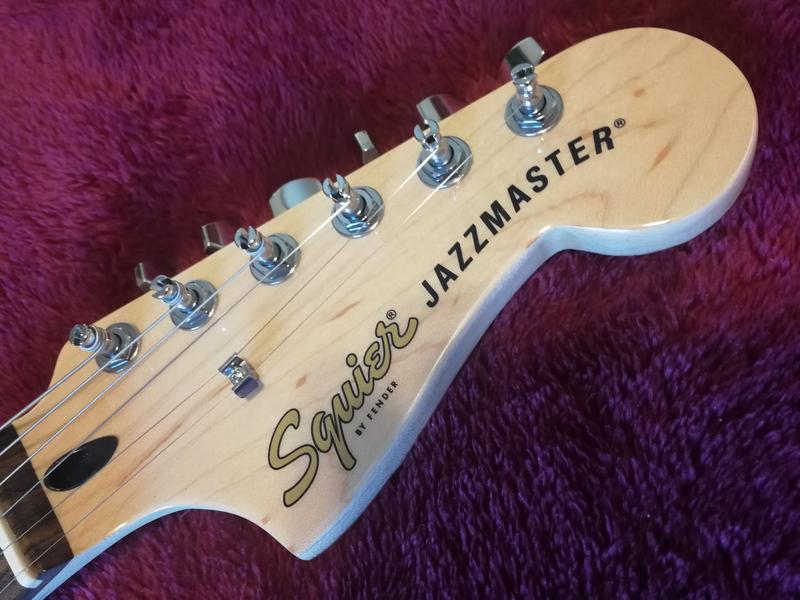 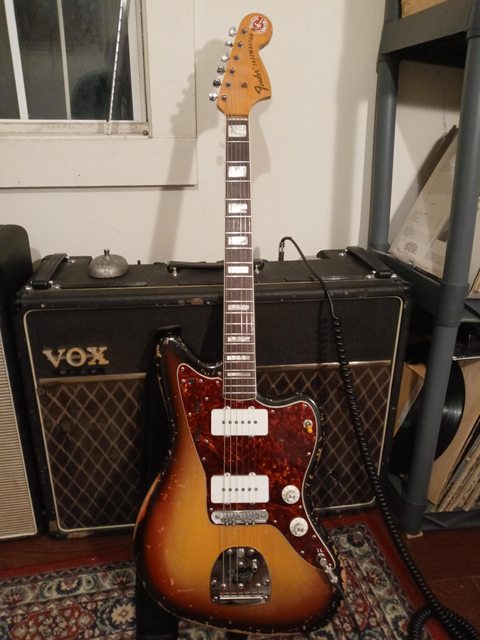 A lowly early 70's, a hell of a boat necked JM beat to oblivion and back, my kinda guitar.

A lowly early 70's, a hell of a boat necked JM beat to oblivion and back, my kinda guitar.
Click to expand... I got this unplayed beauty on the weekend. I just finished giving this 12 year old guitar it’s first setup.

I'm working on it. Just received the custom pickguard. Dry fitting and next step is drilling the bridge holes. Waiting for my drill press to arrive, so I can do it right. Then, paint...

Two partscasters and an AO 60's in sunburst Behold... the TVL Jazzblaster. Soon to be featuring two tone and two volume knobs. Cunife WRHB hide a lot of tones without individual controls to unlock them (I cite that '78 Deluxe on the right as my source.) A friend just gave me a set of Harmonic Design Z90s to replace the stock pickups in my MIM Jazzmaster.

I know a lot of people don't dig it but I've always thought the matching color headstocks on JM's/JG's was just the best looking thing out there.

Here is my Jazzmaster reissue.

After 4 years on the payroll it’s Modification Season for my AO ‘60s Jazzmaster.
Starting off easy - I’ve replaced the stock bridge with a 9.5” radius Mustang bridge from Hosco. I haven’t had a significant problem with the strings jumping threads on the old threaded barrels, but I got fed up with tweaking the heights back up as the saddles creep downwards: then I looked at my SE245 with its solid one-piece tailpiece and thought why can I adjust this thing in so many different directions? Let’s remove one of the variables… and since Hosco make a 9.5” radius Mustang bridge that’s what I did.
So far - works well, plays nice, doesn’t seem to lose any zing: so the original bridge is sitting in the case and I have one less thing to worry about.

More mods are coming… will post in a while as the JM moves on to the next phase of its existence…
You must log in or register to reply here.

Finished Up Another Thinline The Other Day...