I think I want another jazz guitar

I’ve had a number of different Jazz axes over the years. It’s a rich field, with a lot of choices. At one time, I had a Gibson Johnny Smith, but the feedback issues were terrible. When the ES-175 came out, the laminate body was considered an advantage in resisting feedback feedback, over the solid topped L-4.

My current Jazz axe is a Gould T-400, which is basically a reissue of the old Duane Eddy model, from the ‘60s. It‘s every bit as good for Jazz as the Smith model, and quite versatile. Unfortunately, they only made 23 of these and I don’t believe that any were LH models.

If I were going to buy a Jazz guita, aside from my Guild, I’d probably go the ES-335 (or equivalent) route. Unless you require the acoustic rhythm sound of a traditional archtop, the 335 will do the trick, resist feedback, and be easier to find In your case, because there are LH versions out there.

That having been said, Gretsch makes some great archtops, which tend to be built for feedback resistance, and the sound is quite good. Gretsch tends to keep some LH guitars in their lineup.


Peegoo said:
I have an old Guild X150D Savoy that oozes jazz. It's great for rockabilly too. And rock and roll too.

If you like smaller bodied guitars, check out the Guild M75 Aristocrat. The MIK reissues from about 10 years ago are superb.
Click to expand...

I had one of those, at one time, and it was an excellent Jazz axe.

I have two Cort Joe Beck guitars, and I love them. They play and sound great. I also have a Ibanez hollowbody, but the Cort's are more live and acoustic sounding. That said, my Epiphone Casino is really my 'do it all' guitar at this point. The neck PU is plenty jazzy and I can kick it back to the bridge PU with some dirt for rock. Such a great guitar. bobio said:
See these kinds of threads often, wondered why the Jazzmaster doesn't seem to get a lot of love for "Jazz"?
I am looking at a new American Pro II Jazzmaster in 3 Color Burst or Darknight Finish with Rosewood board. 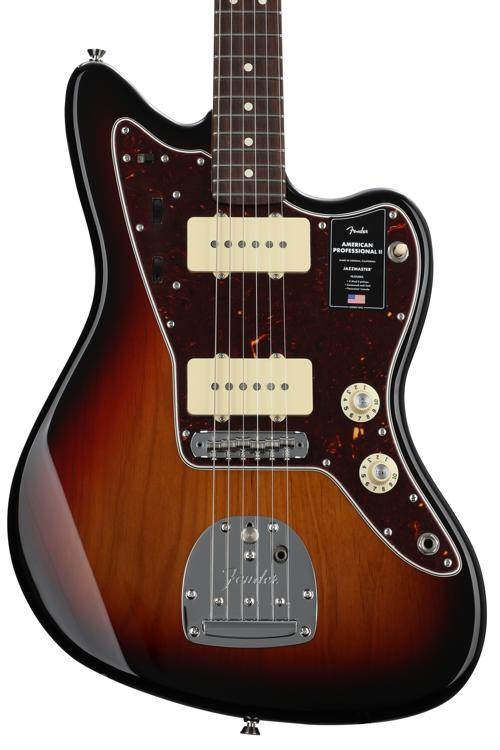 The Guild X150D; the HB1 humbuckers are fantastic: 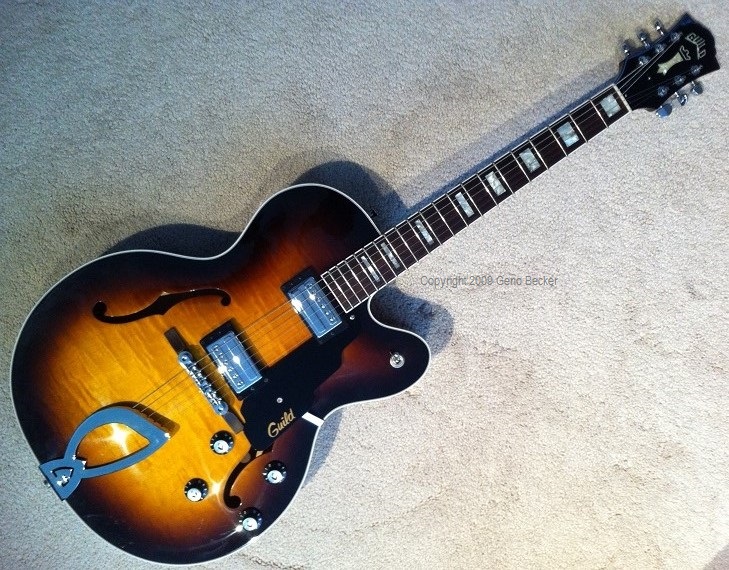 This is the Guild M75. It's a true archtop hollowbody with no F holes; spruce top, mahogany back and sides. The Pickups are really close to the tone and response of the original Franz units. It's just a little bit larger than a Les Paul, but only 5.4 lbs in weight. A very sweet sounding guitar. 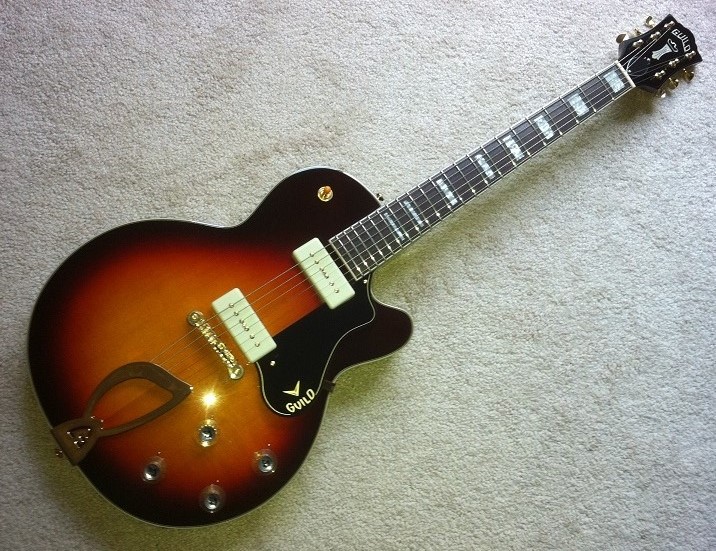 Would you consider a Les Paul with a repaired headstock break? (And maybe a cool coincidence!)
2 3 4