Was that playing bass or fishing for bass? (Either sounds great.)
Click to expand...

You know I have a bass and was bass fishing yesterday. I broke the engine on my boat yesterday. Nothing like having a non working engine and hydraulics at a heat index of over 100 and can’t get off the lake.

Addnine said:
"What would you say to a student who challenged you on why we should spend time on musty old literature."
Click to expand...

This one was always a stump-jumper for me, though I was generally quick-tongued enough to come up with something. Funny, I was just reading the introduction to the book I'm starting, and the writer said something to the effect that its literature is a civilization's expression of itself. I would add in its art and its music.

Edit: @Addnine, ya caught me! I edited out religions and science because those are expressed by a civilization in its literature. Bradley Stephens's reason is a good one for the interview committee. I'd tell the student something like, "Child, I have always believed that an English teacher should teach his students about reading, writing, and speaking. We use literature to do that. Also I have always believed that we should each teach those things from literature we know and love. I love this shirt. Now get to class."

Edit @Addnine #2: Now you have me thinking of a couple dozen more that I either have or couldawouldashoulda used. . . .
Last edited: Jul 25, 2021

P Thought said:
This one was always a stump-jumper for me, though I was generally quick-tongued enough to come up with something. Funny, I was just reading the introduction to the book I'm starting, and the writer said something to the effect that its literature is a civilization's expression of itself. I would add in its art, music, religions, and science.
Click to expand...

Yep. It's a challenge. I would give different answers depending on the manner in which the subject was raised. I always made every effort to answer the question seriously when it was asked seriously.

My answer generally was to the effect that in learning about our culture - through examining its most cherished artifacts - we are learning about ourselves, because the cultural norms, assumptions, terms, patterns, narratives we find in our culture have formed who we are. Culture, that is to say, is already in us, whether we choose to be aware of it or not. In choosing to study it, we are choosing to cultivate a deeper, more nuanced sense of ourselves and of our fellow man, typically as these matters have been seen through the eyes of our finest minds over centuries. Ignorance in this instance is not bliss; it is mere ignorance. In choosing to ignore culture, we choose, as the word suggests, ignorance, and nothing more.

This is an essentially conservative analysis, perhaps, but I would say to our pie-eyed woke types that if they choose to oppose something, it is childish and obtuse not to pursue an undertsanding of that which we would reject.

A student asked me once what made literature literature, as opposed to mere perfunctory words, what makes a fine work of art as opposed to a mere decorative chachke, what distinguishes worthwhile music from background muzak or commercial trash. I said, "Simple, art is spiritually useful; the other stuff is not." As this was in my philosophy course, we moved on to discuss what in the world "spiritually useful" might mean. At that point, of course, I was content that I had done my job as a teacher, wherever that discussion might end up.
Last edited: Jul 25, 2021

Now that I think of it, I hate jobs.

moosie said:
Structured interviews always seemed to me a weak attempt to evaluate a person without having the intelligence to do so. While simultaneously covering one's backside. I'm sure they told themselves it was to ensure they objectively covered all the salient topics, but that wasn't my experience.

I prefer conducting, and participating in interviews designed to see how a person *thinks*, or that a person can in fact think. Smarties would do well, even if not up on the particular subject matter. Both on the interview, and later, in the job.
Click to expand...

Decades ago, was asked the following 2 questions during a group interview of my potential supervisor and colleagues...btw got the job. Subsequently used the same questions when interviewing to hire. Btw also hated the HR list of inane questions and have just handed the list to the candidate; followed by the 2 questions. The questions really cut to the ability to think under stress and determine if they had a working knowledge of the content. They were tuff questions that would be difficult to study for but if you knew your stuff they could be easily handled in just 2-5 minutes.

You are in the ER/ED and you have 5 cases that are psychotic. Using the mental status exam, distinguish between them, what is the general treatment direction for each and when would you detain/commit them? One case has schizophrenia, another bipolar, drug/alcohol induced, depressed and lastly is delirious verses demented.

Second question: Again in the ER/ED what are the 5 general suicidal types, when would you detain them and in which order would you see them and why?
Last edited: Jul 25, 2021 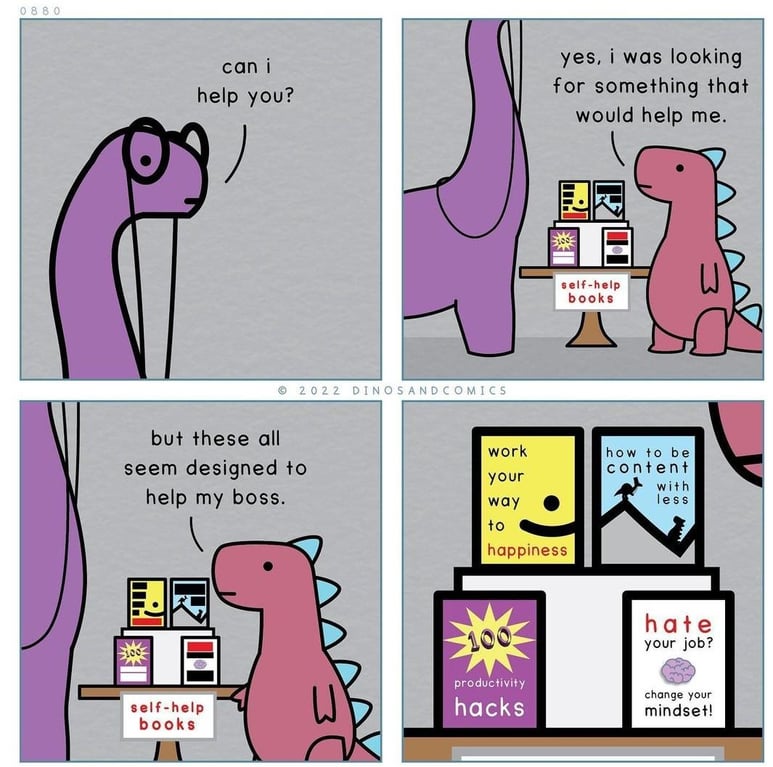 Lonn said:
I have a Webex interview Monday morning. I haven't had a job interview in many years and I'll have to be sitting at a McDonalds for this one, but I do interview well in person so I'm hoping that will come across on the screen.
Click to expand...

I’d avoid having McDonalds as your back drop. There’s got to be a better location.

oregomike said:
I’d avoid having McDonalds as your back drop. There’s got to be a better location.
Click to expand...

Why not a library?

If it has a buffet, sure.

The new website bottom-of-page recommendations strike again? (10 month old thread) It's an interesting one, though.


mad dog said:
...
The other worst thing is rate suppression for contractors. Employers are desperate to hire skilled people (at least for what I do). So many projects and contracts out there. Hiring manager and agencies love my resume, experience, just have to speak with me. But rates have declined precipitously. I'm getting offered stupid, insulting money. Rates that would have been laughable 25 years ago. Every conversation now ends at rate.
Click to expand...

So, 10 months later, I'm curious how things are in your field? In mine rates and offers for a couple contract/consulting gigs have not been a problem, especially with clients that have a hard time finding experienced full time employees.
M

SRHmusic said:
So, 10 months later, I'm curious how things are in your field? In mine rates and offers for a couple contract/consulting gigs have not been a problem, especially with clients that have a hard time finding experienced full time employees.
Click to expand...

No better. A long time ago I realized my engagements in recent years were from a small subset of clients. Managers who needed certain skills and results badly enough that they couldn't play games. Couldn't cheap out, couldn't waste time with rapacious third party agency searches. In some cases, had to battle their own company's internal processes/roadblocks to get the right person.

Used to be, maybe 1 out of 10 or 20 serious inquiries would come from such clients and projects. Now it's probably not even 1 out of a 100. The BS and greed factor has quickly outpaced the real side of hiring in my field. Unfortunately, most gigs don't come via networking, recommendation. It's the reliance on agency intermediaries, and the internal corporate hiring groups that distance talent from managers how need it. Also the fact that true consultants - outside specialists - have been far outnumbered by all the regular employment workers who've been terminated through the years. Structural problems.

If the assumption is that workers are expendable, can be discarded casually, are not worthy of fair pay or treatment ... the workforce is devalued. That's been happening for years in my field. Back in the 90s, independent consulting was my refuge from normal employment, where age discrimination kicks in hard and early. I had a good run, but it's pretty much over.

It all started with Who Moved My Cheese.

Interestingly, this popped up at bottom-of-page for me, but I didn’t have anything to add. If I didn’t mention it in the last 7 pages, I should point out that I (easily) got the job I was interviewing for, and love it. It’s not perfect, but after 8 years in retail, and one in auto sales, it’s pretty awesome to work the same hours five days a week with two in a row off. Being able to ride the demo and used motorcycles that are in the showroom isn’t a bad perk, either (even allowing for the fact that the current situation means we have very few of either). 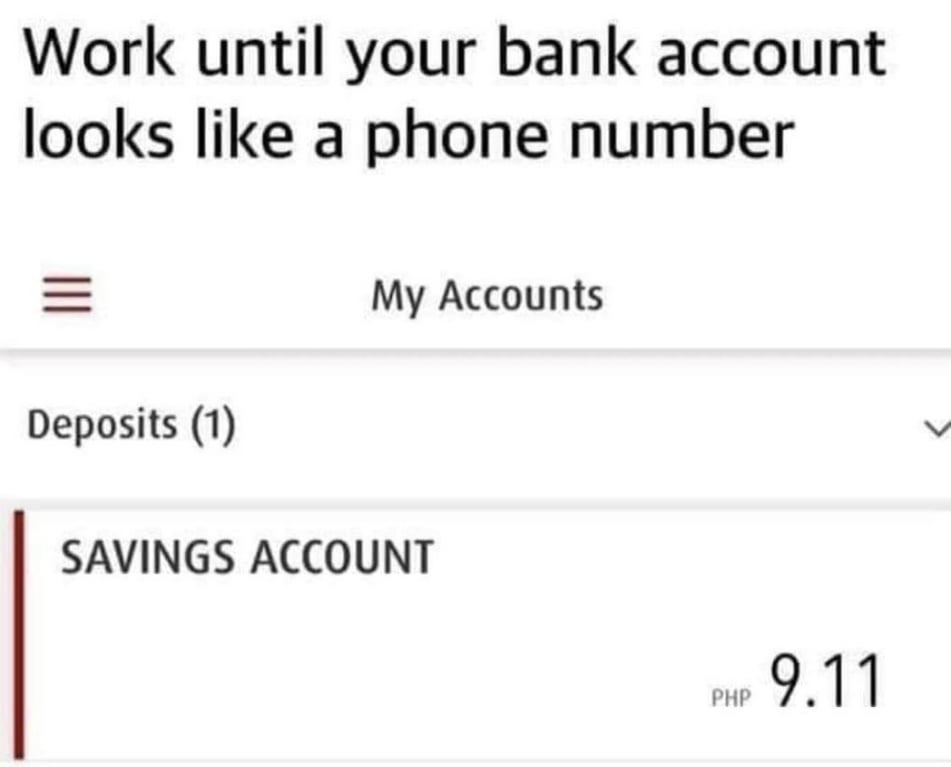 Dan German said:
My theatre training made a surprising amount of difference to how cool I can be in a job interview. If you can audition, an interview is a walk in the park. And if I get an interview, I very often get the job. (I’m good enough, I’m smart enough, and doggone it, people like me.) But that doesn’t change the fact that I absolutely hate being there.

(Note: don’t even get me started on the contract job that I interviewed—and got—three consecutive years. After the first one, it’s “do we really need to go through this again?”)
Click to expand...

it's not the interview itself, it's the 2-3 weeks before it that wrack me...nothing I can do about it as a "head cinema" guy...always a horrible time

Some great posts and stories. I can relate to many of them.

I never work for or hire people who make absolute statements. Never.
Last edited: May 31, 2022

Interviewing for a couple different jobs really pointed out to me how much of my current job is actually pretty good. It kind of invigorated me, and pointed out the pride I should take in my work and the things our company tries to do. It will be 15 years for me there middle of June, at which point I get a fourth week of paid vacation tacked on. Plus last month I got a 4% raise, which isn’t keeping up with inflation, but made me feel good anyway. I know they appreciate me, and everybody leaves me the hell alone for the most part, which in turn makes me appreciate them.

Anyway I’m 54, and if I can stay on this horse another 5 or 6 years full time, then maybe drop down to about 2/3 time and coast across the finish line, I’ll be a happy camper.

One of the things I found at those interviews, the people giving the interview, for the most part, really have no idea what they are doing, or what kind of a person would be an asset to the organization. In fact most organizations have no idea how to make themselves better, they just continue to operate in panic mode, trying to fill holes that they have created by their own ongoing ineptitudes. Yuck.

bgmacaw said:
It all started with Who Moved My Cheese.
Click to expand...

i worked at a company that sold business training programs..who moved my cheese was a big seller...miss that job
You must log in or register to reply here.

Just realized this week is 35 years…
2